On Tap: Peticolas Brewing Co.’s Worth The Wait. 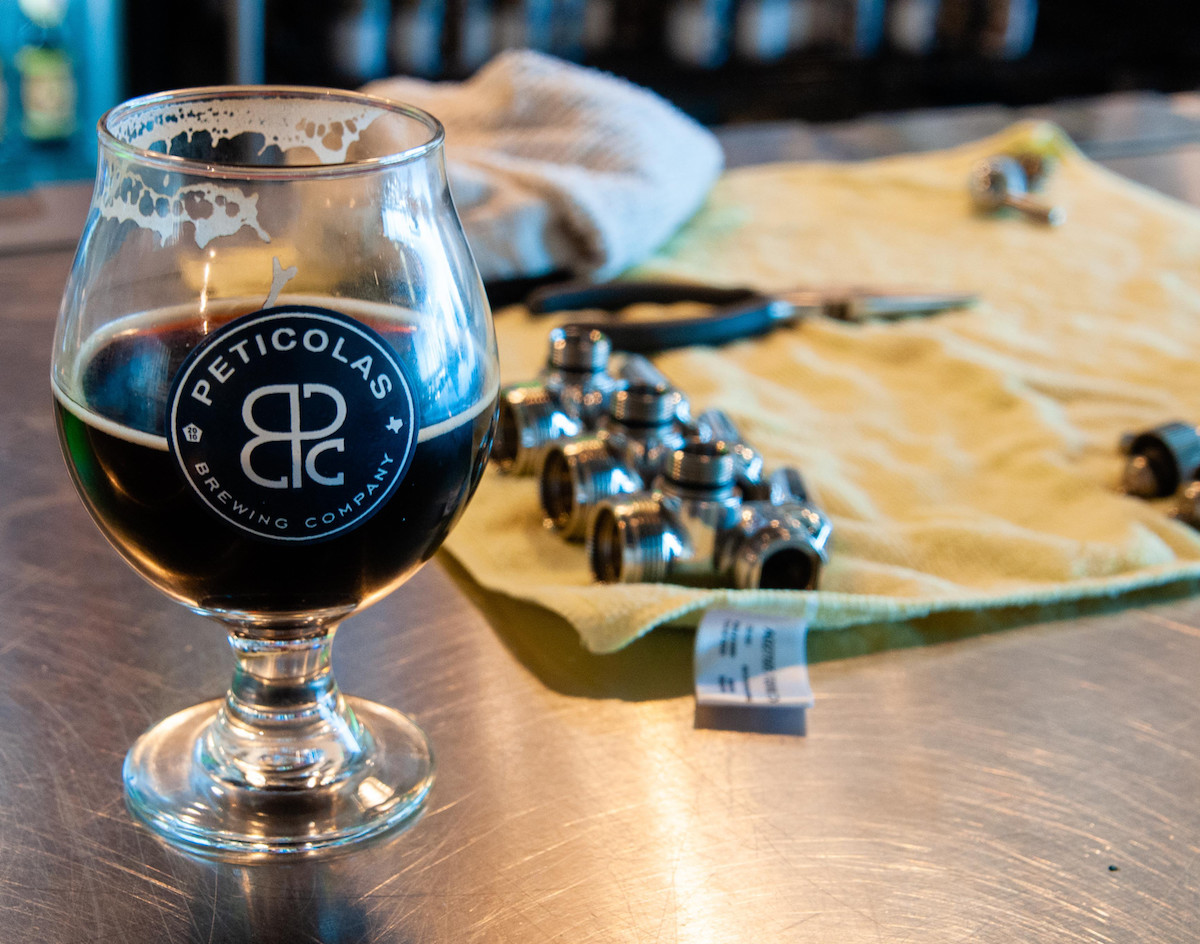 Today Marks Peticolas’ Tenth Year In Business And We’re Raising A Glass Of This Dark, Full-Bodied Imperial Stout In Its Honor.

This week I sipped on Worth the Wait from Peticolas Brewing Company.

Fast Facts about Worth the Wait

This review will be published on Thursday, December 30, 2021. That date is also the 10th Anniversary of Peticolas Brewing Company. This is kind of a big deal because, as I learned from Beer in Big D’s 2021 Year in Review, less than 8% of all breweries to ever open in North Texas have seen a 10th Anniversary.
As part of a long-standing tradition, Peticolas brews up something special for this day every year and I dearly wanted to review the Grand Cru the team there has created for this anniversary. However, as I have deadlines to work with and the anniversary beer is under super lockdown until Thursday, I had to make due.

Enter Worth the Wait.

This beer was originally brewed for Peticolas’ 8th Anniversary and was named for the long struggle, spearheaded by Michael Peticolas, to change the antiquated Texas beer law preventing breweries from selling their own beer to-go. This change went into effect on Sept 1 of 2019 and we made Golden Opportunity from Peticolas the first official “beer to-go” review the very next week. In hindsight, this one change to beer law in Texas probably did more to save our growing craft beer industry through 2020 and 2021 than anything else. 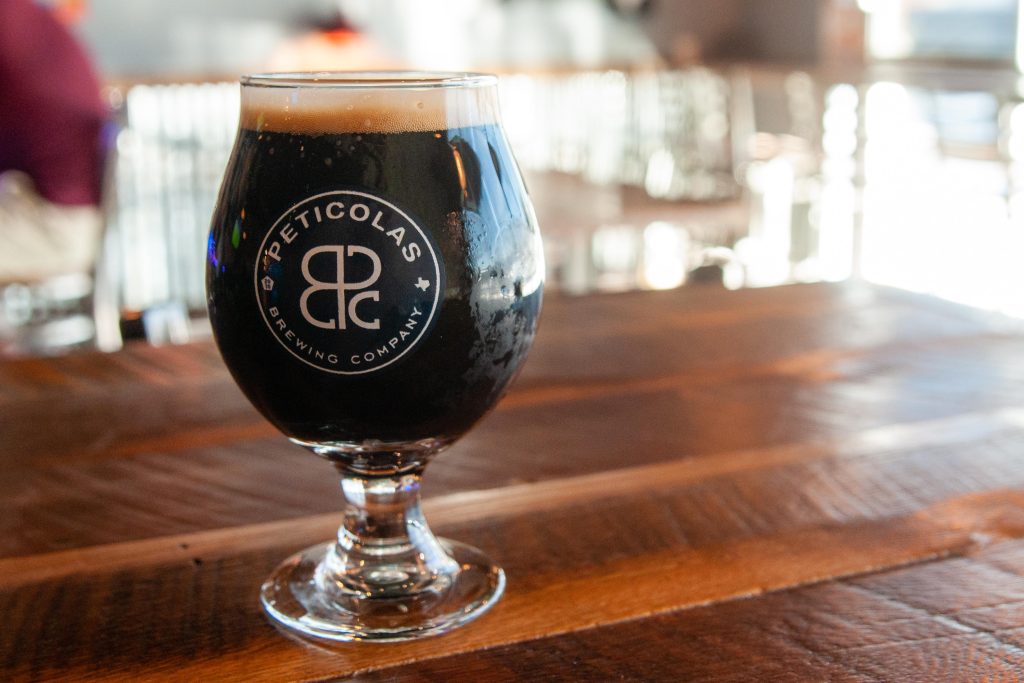 Background on Worth the Wait

Worth the Wait is a huge Imperial Stout brewed with cherries and vanilla. Because of those two additions, I should probably be classifying this in the Spice, Herb, and Vegetable beer category but then it seems over half the beers made today have something in them that would push them that way so I’m sticking with the base style here.

Imperial stouts are super dark beers full of chocolate and roast flavor. The bitterness tends to come more from the use of black patent malt than from an abundance of hops. For more information on Imperial Stouts check Central Track’s reviews of Rahr’s 11th Anniversary Russian Imperial Stout and Community’s Legion.

Worth the Wait is black-brown in color and comes topped with a light tan foam stand. I was drinking it in dimmish lighting at The Thirsty Growler and there were moments it felt like it was contributing to the darkness by sucking the light out of the room. It looks thick too, due to how opaque it is. Even with some bright backlight, this beer doesn’t so much as glow around the edges. The head shows solid persistence and even once it recedes back to the beer it leaves a thick ring around edge that in turn creates a striking, nearly continuous sheet of lace on the side of the glass that survives for some time. 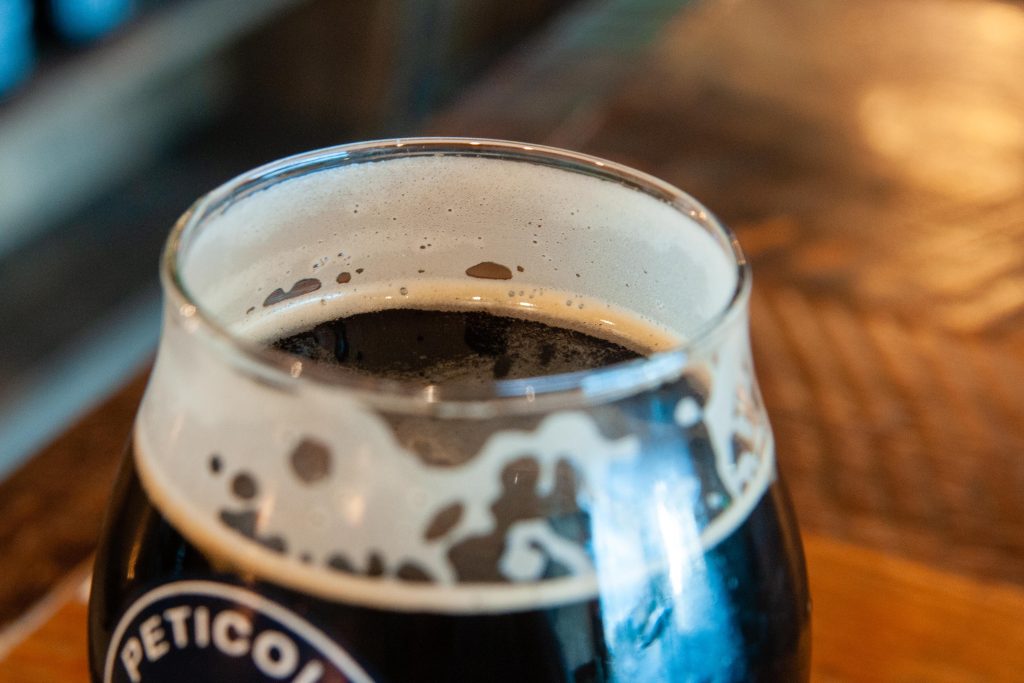 Fresh out of the faucet and cold, Worth the Wait doesn’t offer much to my nose but that might just be me. I get hints of dark roast and coffee, that’s about it. To speed things along, I took a few minutes to warm the beer by cupping my hands around the glass. Warmer temps produced the expected stronger roasted aroma and provided some lovely vanilla overtones. However, even at normal stout temps I’d call the aroma on this subtle for the style.

Worth the Wait offers up more of what I expect in the flavor department with the bitterness of baker’s chocolate joining the roast and vanilla I found in the nose of this beer. This is also where I finally noticed the cherry but again, you won’t find it cold. It had to get to cellar temps before I started to notice the cherry creeping in on the finish and even then, it’s understated for me. For those of you concerned with 80 IBUs on the label – don’t be. While I’m sure it measures 80 IBUs in the lab, perceptible IBUs is much lower.

Smooth and thick are the first two words in my notes on Worth the Wait. This is a velvety, full-bodied beer verging on viscous – think whole milk here. There is a real weight to this beer. Surprisingly, there is little in the way of alcohol warmth to it even with its hefty 11 percent ABV. Carbonation and finish are both medium. 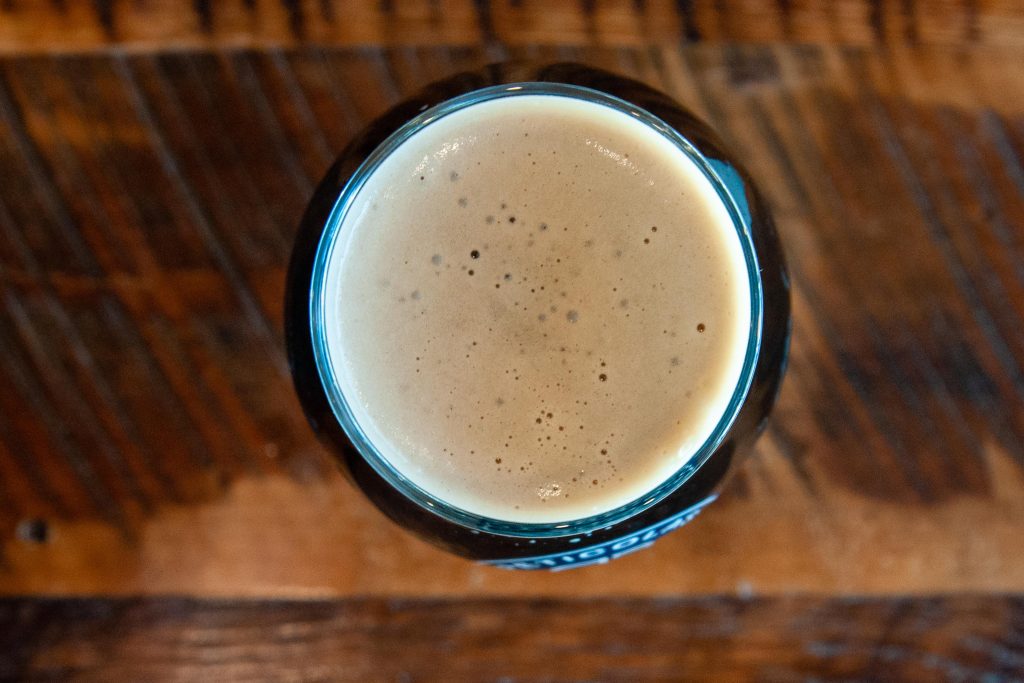 Worth the Wait lives up to its name and I really enjoyed it. Most stouts in the greater DFW area fall more into the milk stout column so having a real Imperial Stout aiming for rich roast and dark chocolate without the lactose sweetness is a treat.

Chocolate covered cherries are one of my favorite candies and I love the combination in a beer. Sadly, this was lacking in the cherry department for me, especially in the aroma department. Now, I have to be honest and confess that our current Texas “winter” is causing some major allergy issues for my nose so the fault here might be more in my head than in Worth the Wait.

As mentioned before, you really want to let this warm up. If you plan to have more than one of these, order the second one when you hit the halfway point of the first. That will give it time to warm up on its own. Some stouts are fine right out of the cooler but nearly all of them will present better if you let them come up to 55 degrees or so. This is definitely true for Worth the Wait.

This is a beer I really wish was more readily accessible to me as I would drink it all winter long. As it is, it has me thinking about sneaking down to Peticolas on Thursday for a glass and 4-pack when I can maybe get a bottle of the much-awaited 10th Anniversary Grand Cru, too. 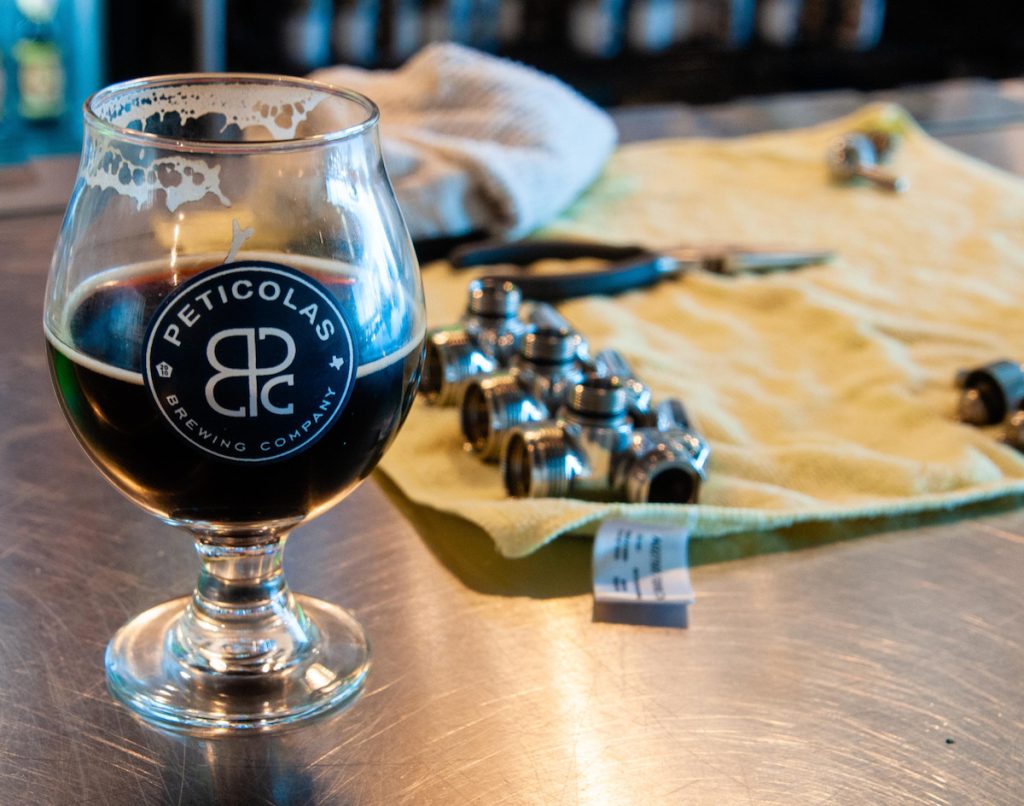 On a scale of 1 to 10, I give Peticolas Brewing Company Worth the Wait an 8.