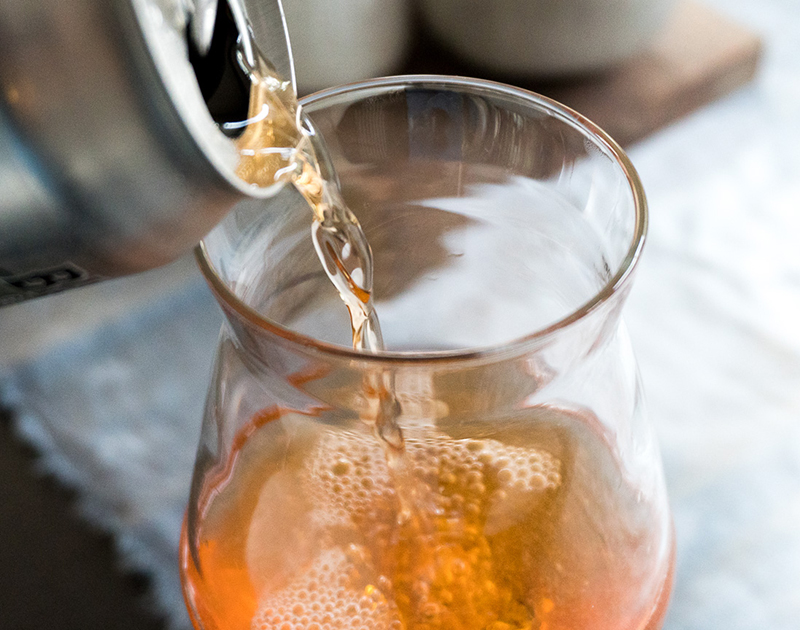 Bishop Cider Co.’s Sour Cherry Has A Subtle Sourness That First-Time Drinkers Are Sure To Enjoy Without Having To Pucker Up.

This week, we sipped on Bishop Cider Co.’s Sour Cherry. 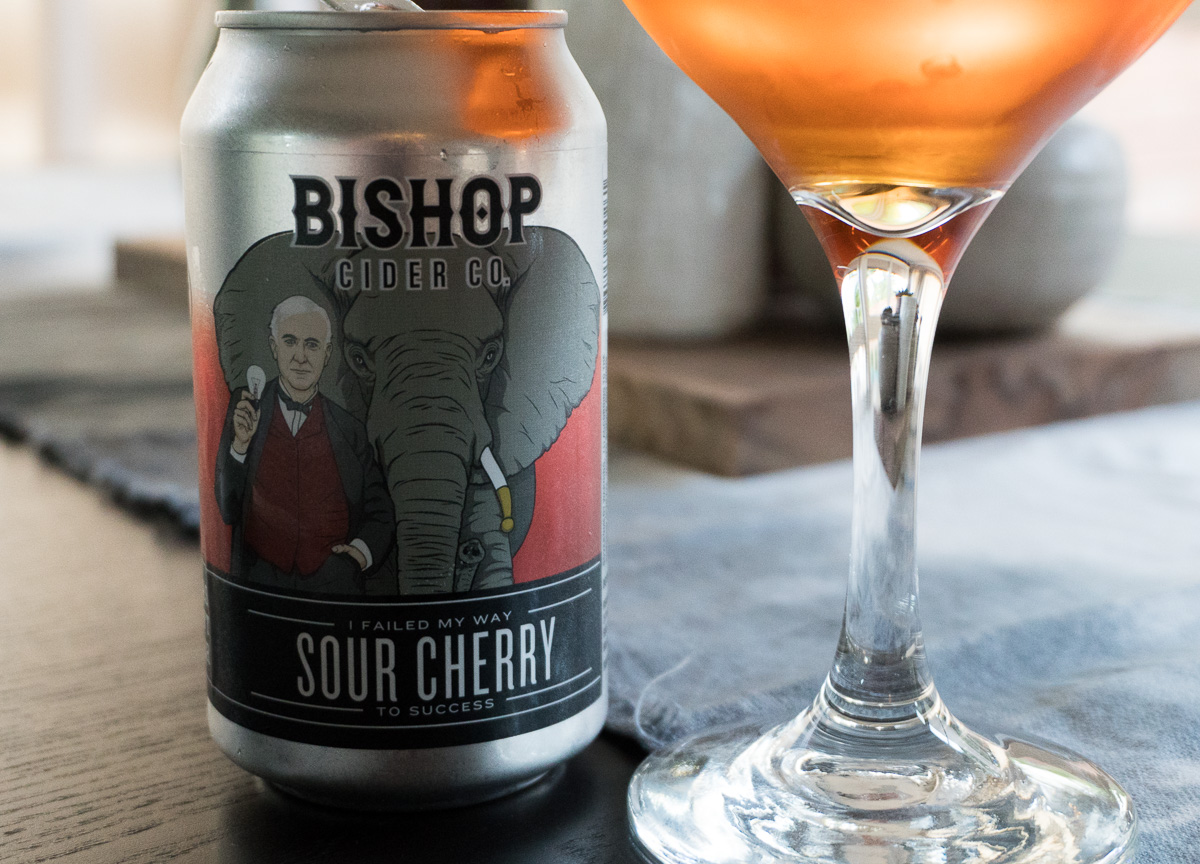 Overview.
Of all of the things I have not kept up with in this column, cider is one of them. And I know that cider isn’t exactly beer, and beer is what On Tap is really about. But standards be damned. Bishop Cider Co. is going on three years now of cranking out some interesting and delicious ciders, and it’s time to expand our coverage and include this style of fermented beverage.

In case you have been living under a rock, or not residing in North Texas, Bishop Cider Co. launched in 2014. And, for the most part, they have remained relatively small, which is surprising because I see their product all over the place here inside the loop. Some folks report that they have a tough time finding Bishop’s product, which I find weird; I guess I’m hitting the right spots for the most part.

But fear not, cider hunters! Recently, Bishop announced that it purchased three new 70BBL fermenters, which will bring its capacity up to 15,000 barrels per year. The last time I visited Bishop’s tasting room, we had a group of about six people us — previous On Tap column host Colin Alsheimer included! — and it was nuts-to-butts in there. If you can snag a table, go for it! Otherwise, you’re standing at the bar, constantly negotiating for room. For a much more entertaining Plan B option, head over to the Design District (where most of Dallas’ breweries are located anyways) and check out Cidercade, Bishop’s cider bar that has 24 ciders on tap and 125-ish arcade games. 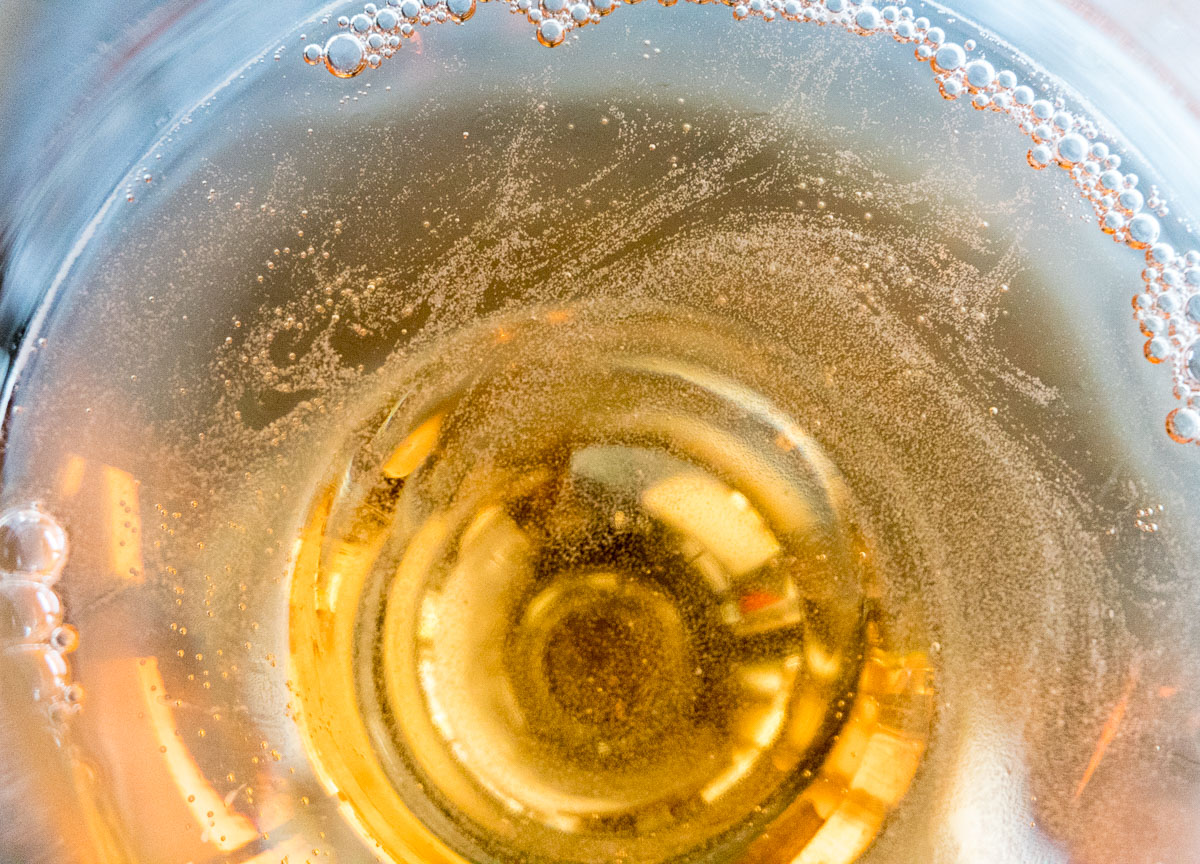 Background on Cider.
Unlike beer, cider is made from pressed fruit juice. And I mean apples. When it comes to fermentation and sugars, all apples are certainly not created equal. So don’t expect to just pop over to your local whatever store, pick up some sad, shitty apple juice and make perfection your first go-round. For the most part, ciders are enjoyed carbonated, but still cider is not as uncommon as you might think. Body on a cider can be super-dry, when yeast gobbles up almost all available sugar. On the other hand, some ciders can be back-sweetened to provide a more round drinking experience. Speaking of yeast, champagne yeast is a common choice, as is a dry wine yeast. Most cider makers will do some sort of step in order to get the cider off of the yeast once terminal gravity is reached. Furthermore, SO2 (sulphur dioxide) is a common addition either pre- or post-fermentation to help control which yeast does the work or to help clean up any oxidation-type flavors that yeast tends to leave behind. This method is somewhat akin to winemaking. So what about hops? Well, hops can play a role too! I do enjoy a dry-hopped cider myself! For Bishop Cider Co., what you’re likely to see is less middle-of-the-road standard cider and more of the types that push the boundaries of cidermaking.

Appearance.
Sour Cherry pours a deep blush-peach sort of color into the glass. I do notice some fizzing here, even though the can tells me to pucker up for some “non-carbonated acidity.” There is no noticeable foam situation, but that’s not really a thing that happens with ciders of this ilk. Overall, Sour Cherry looks very inviting.

Aroma.
Since this is my first time trying Sour Cherry, I wasn’t 100 percent sure on what to expect. I mean, I’ve had tons of Bishop’s stuff over the past few years, but this is new to me. Plus, the term ‘sour‘ carries with it all kinds of expectations and sensory latitude when we talk about beer. Sour Cherry smells very inviting. I don’t get much sour sensation on the nose. It has a cherry and apple pie thing going on. Sugars seem in check and dialed down here, and the fruitiness shines through. The aroma is a smidge on the tart side, but not in a super-tart apple sort of way where you can feel your mouth pucker. 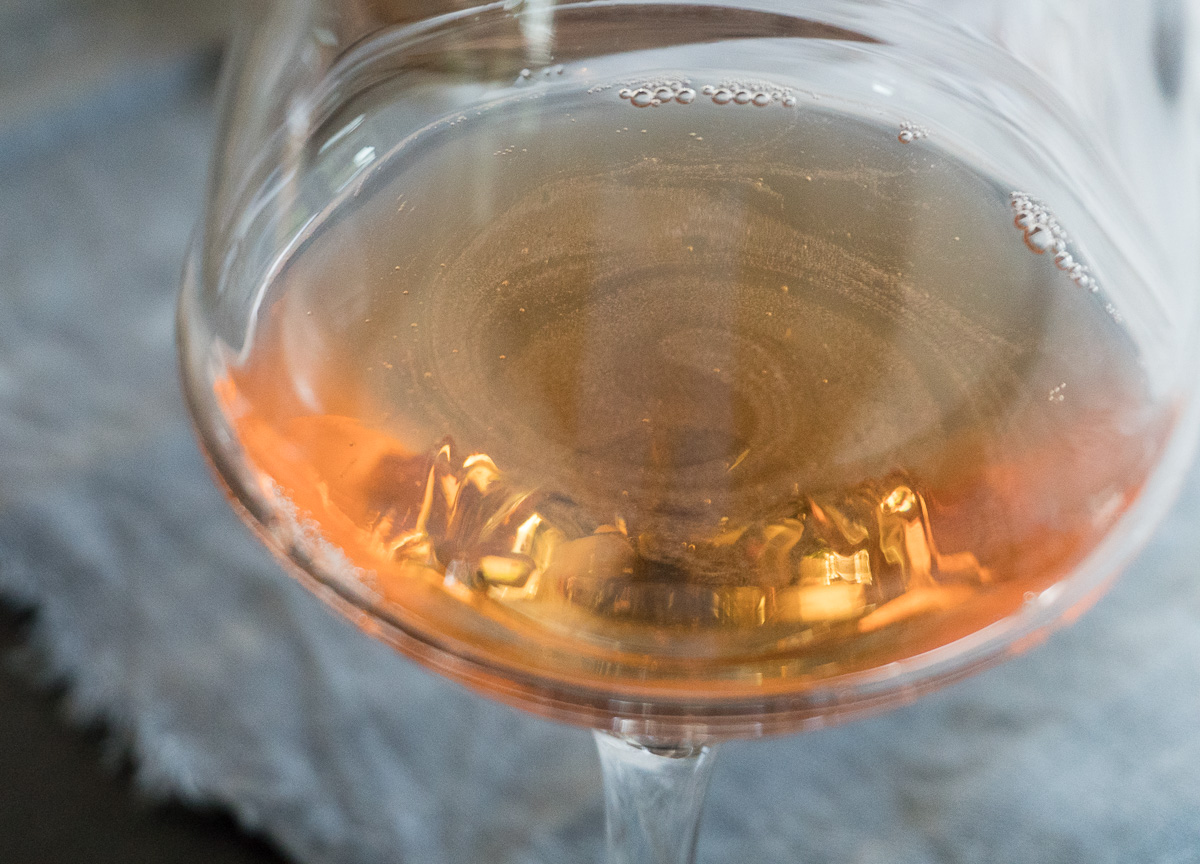 Flavor.
Tartness is turned up just a little bit in the flavor. But it’s subtle and the sweetness seems to balance out the mild acidity just right for me. I think that seeing the word “sour” and the phrase “100% shock factor” on the can had my brain primed, ready for an imminently sour situation. But the pain of the sour here isn’t anything like what I was expecting, and I mean this in the best kind of way. The cherry flavor is definitely there — it feels like I’m biting into fresh cherries. But while the cherry flavor is here in a major way, it aligns nicely with the apple backbone. Alcohol notes are hidden very well behind the apple and cherry, and I don’t get any hints of booze until the aftertaste.

Mouthfeel.
For me, the carbonation situation is akin to drinking a Vino Verde, a white wine style that has just a tiny kiss of carbonation on it. As sweet as it seems on my cheeks, the finish is bright and dry. This provides a good balance for me, as I don’t feel super-psyched about drinking more full-bodied ciders.

Overall Impression.
So I guess that Bishop should keep the word “sour” in the name of the cider. After all, it could be a bit of a surprise for first-time drinkers. But maybe they should change the name to Slightly Sour Cherry. To me, it’s not that sour. As a huge fan of sour beers, my mind begins to wander over in to lambic-land, pedio-town, or brettanomyces-ville — my bias totally gets in the way here. But that’s not what’s going on here with Bishop’s Sour Cherry. So, yeah, there’s a bit of tartness. But I get more round, inviting and enjoyable sweetness and less sour or tart. I’m a big fan of this cider and I will absolutely buy more of it. 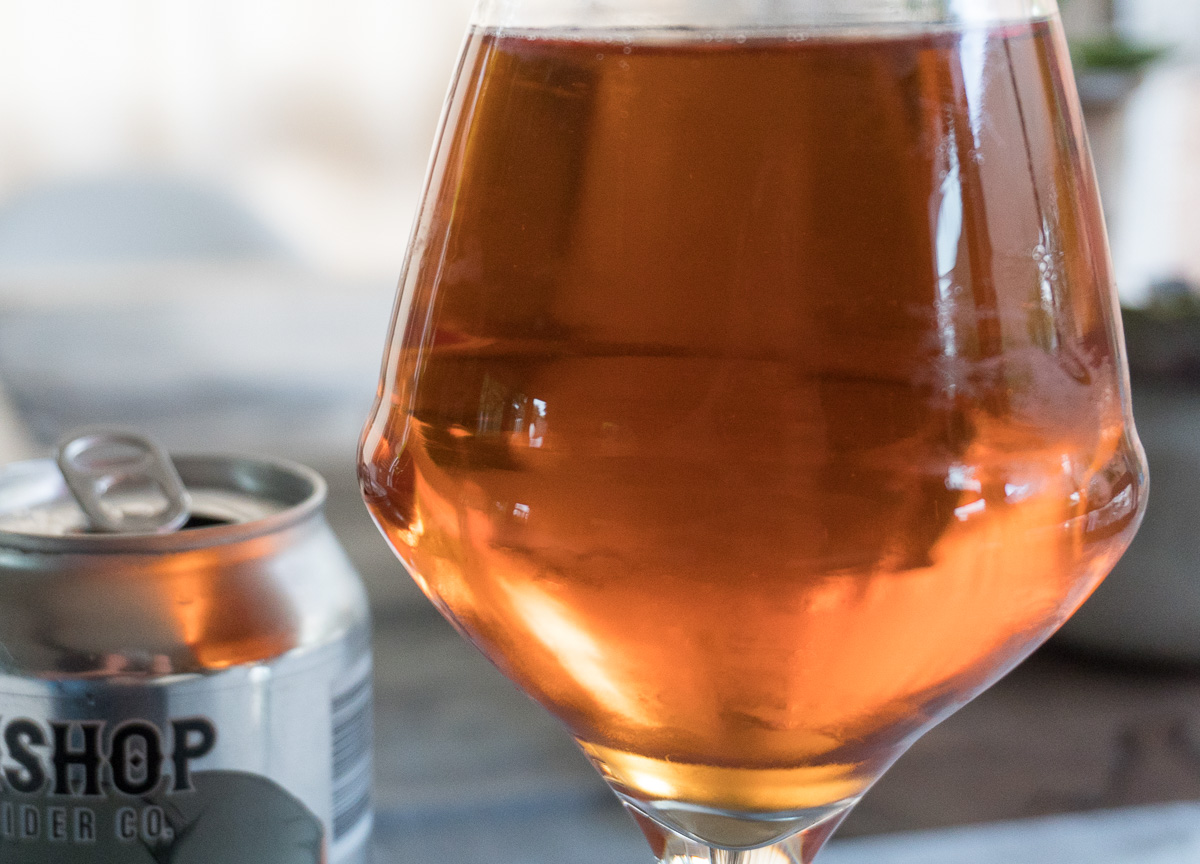