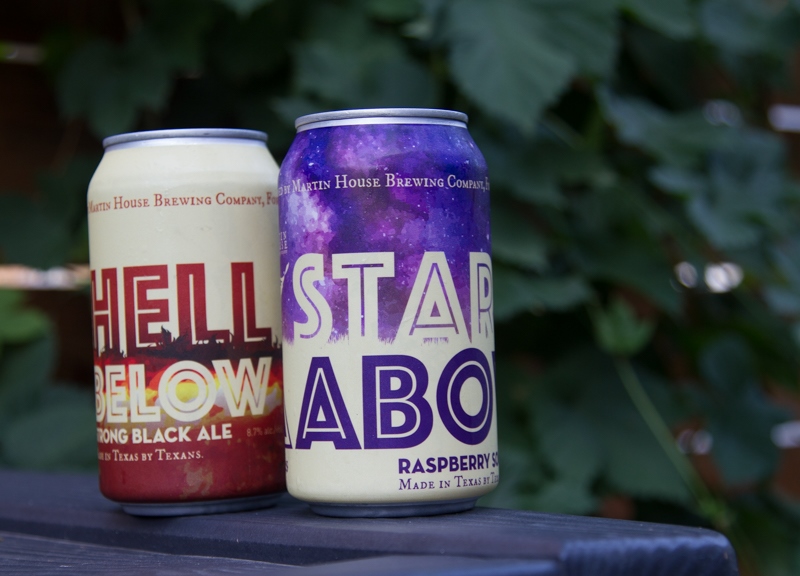 This week, we sipped on Martin House‘s Hell Below and Stars Above.

Overview.
This week is a special three-fer in our On Tap series, as in I’m bringing you tasting notes and commentary on three beers this week. Martin House has an ongoing love affair with the Toadies, and for the third time now they’ve collaborated with the band on a new brew. This time they’ve released a beer series named after the band’s underrated 2001 album titled Hell Below, Stars Above. Playing on the title, they brewed two polar opposite beers styles that are not only intended to be enjoyed separately, but they can also be combined to make a third beer — an equal-parts SA/HB beer that Martin House calls Purgatory — that highlights characteristics of both beers.

Background on Sour Ale and Strong Black Ale.
The strong black ale style isn’t really a sure fit in any other BJCP defined styles. Hell Below drinks sort of like a higher-ABV type of porter to me. Whatever this beer is, the style is known for a higher than usual ABV from a larger grain bill.

The sour beer style represents a semi-new-ish space in the American craft beer space. More and more DFW breweries and dipping their toes in these funkified waters, and that’s a good thing for DFW drinkers. The sour style covers a wide latitude of flavor profiles, including notes of fruit, acidity, tartness, and barnyard funk. For a primer on the sour style, check out our review of Deep Ellum’s Play Date.

Appearance.
Hell Below pours in to the glass with the deepest of deepest brown color. There is a noticeable, deep tan head present, likely from the huge amount of dark and roasted malt. Think of it like the head you see on a big badass imperial stout.

Stars Above pours a strange grapefruit sort of color. A nice layer of head subsides after a few minutes, exposing its color with even more emphasis. My guess is that this beer would be somewhat like the color of a wit without the raspberry addition. But the raspberries give it something extra to make it nice on the eyes. Light passes through this beer with ease, but don’t expect a clear beer.

Purgatory seems overpowered by the dark malts. I was hoping that the super light color of the sour would lighten up this beer more, but it’s just not the case. It’s still super deep. One noticeable difference that this third beer brings to the table is that the head, while thin, seems to hang around forever.

Aroma.
Hell Below takes all of the nuanced aromas that Stars Above and quickly replaces them with big, badass roasty notes. I get some chocolate in here, like a deep bitter baking sort of chocolate. Surprisingly, my nose is telling me that this is a somewhat dry finish for its seemingly imperial look.

Stars Above smells like a fruit beer, no doubt. The tart notes are evenly present with the fruit, and seem to foreshadow the tartness that I’m going to sense in the taste. This beer has that kettle sour sort of aroma that I’m slowly starting to learn. At least that’s my guess here. It’s like a tiny hint of something cultured like Greek yogurt going on here, a mild level of bacteria-based acidity that my nose is now RVSPing yes the rest of my senses to this tasting party.

Purgatory turns down the volume on the deep dark roast situation. The sour and tartness are there and I like it.

Flavor.
Hell Below is all about the dark roast taste. It’s not an overpowering flavor situation for me, but it’s intense. If you’re in to seriously deep, roasty flavor beer, then this is for you. I dig it. I want more. And as I take more sips, I get a little bit of estery fruit on my tongue. At first, I wasn’t totally crazy about this beer. But now as I take a few more sips, I’m starting to become a fan. While this beer is 8.5 percent ABV, it doesn’t leave me hanging with a bunch of residual sweetness to deal with. I like the bitterness and chocolate situation that’s playing tug-of-war with my senses.

Stars Above is tart from the beginning. It’s a mild cheek-tingler of a taste. At first the tingle hits the front of my tongue, followed by a crescendo of tingle going back toward my cheeks on the swallow. The aftertaste brings a clean sense of raspberry; the tartness hangs around a little bit, but the back-end of the taste is where the fruit really starts to come out for me. This beer isn’t as tart as some of the DFW sours available. That’s not a bad thing though; this beer focuses a little bit more of its flavor on the fruit instead of the sourness.

Purgatory seems to split the difference between super intense roast and delicate tartness. I’m tempted to try some different ratios; I think I might like something more like 70 percent Stars Above and turn down the intensity on the roast with 30 percent Hell Below. This beer is a change-up pitch for the senses.

Mouthfeel.
Hell Below is a medium-bodied beer, with a deceptively clean finish for its elevated 8.5 percent ABV. There is little sweetness to get in the way of the big badass roast situation here.

Stars Above is a light-bodied sour. The fizzy brightness seems to accentuate the acidity here, and it’s good. The finish is light and crisp. I catch myself wanting to drink more and more of this beer as this writing and tasting continue.

Purgatory’s mouthfeel is confusing. I’m not quite sure how to describe it other than to say that it’s somewhere in the middle. The body seems a bit lighter now that there’s more sour beer in the mix. The finish is still tight and crisp.

Overall Impression.
All told, I’m a fan of each of these three beers. Hell Below and Stars Above both bring something unique to the table. Hell Below showcases its intensity with its notes of bitter chocolate and deep, rich, roast. Stars Above brings acidity, tartness, and fruit, giving this beer a brightness that makes it a pleasure to drink.

I was sort of hoping for a little bit more instructions from Martin House on the cans themselves, something telling me to try mixing the beers. Martin House may lose that information on a craft beer passer-by at a beer store. Bars, on the other hand, represent a perfect opportunity for mixing straight off the draft. And, of course, there’s a bartender there to help educate and persuade you to try this funky and haunting mix of styles. 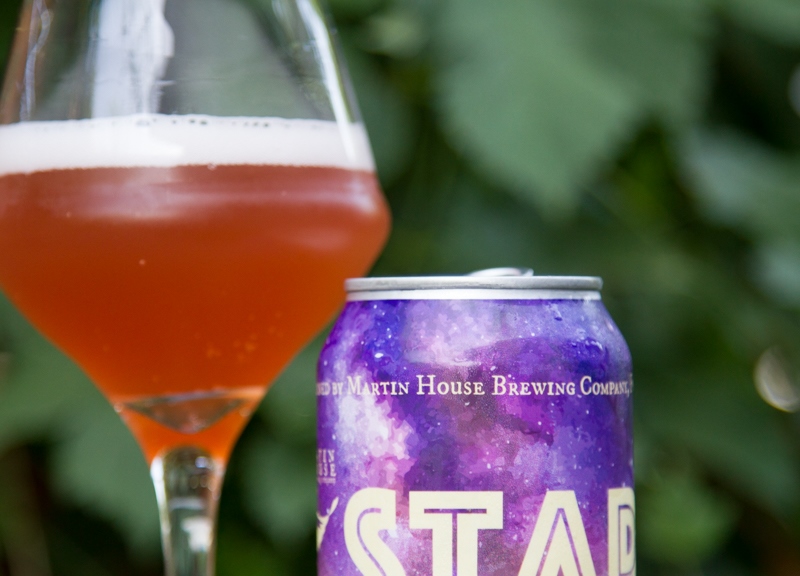 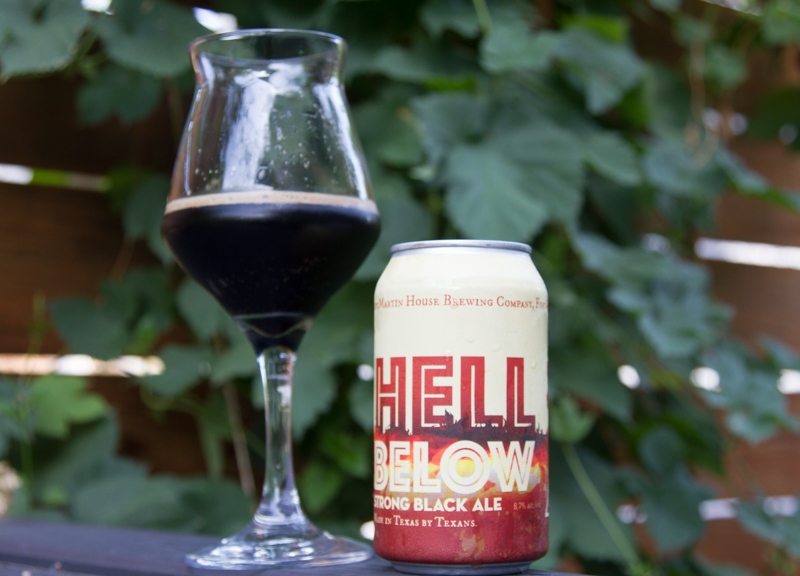 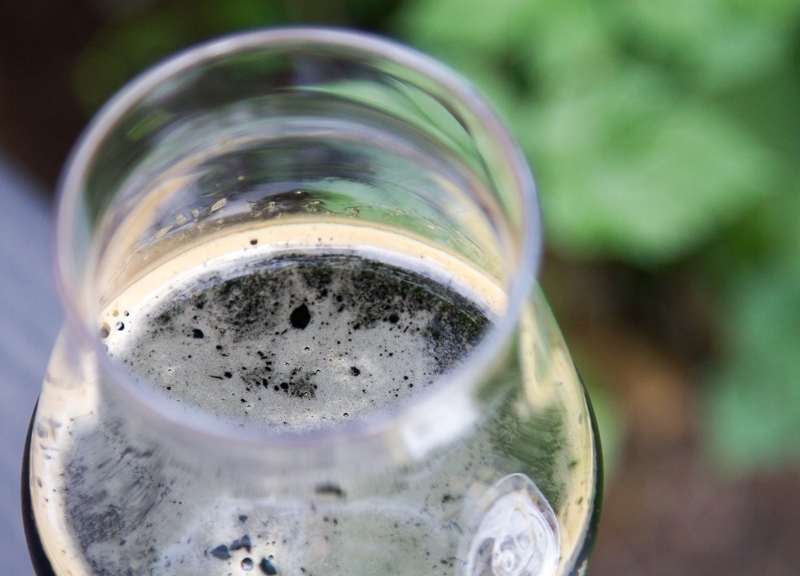 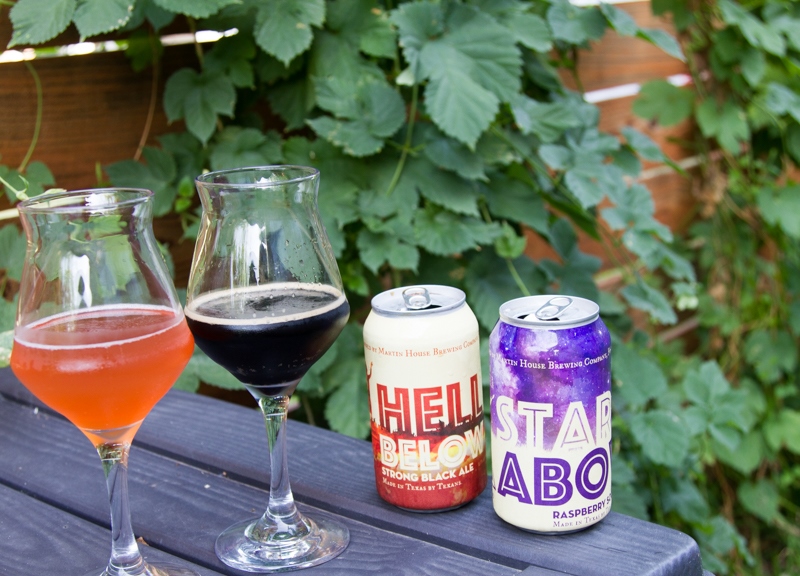 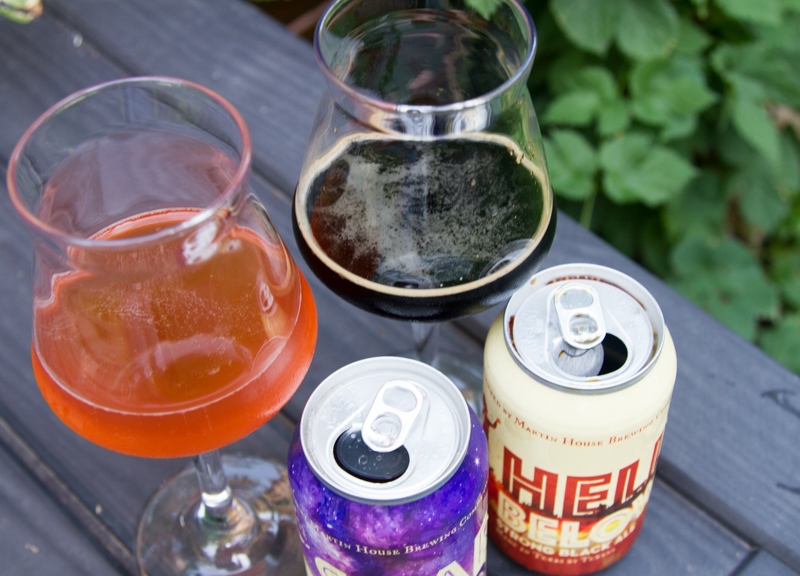 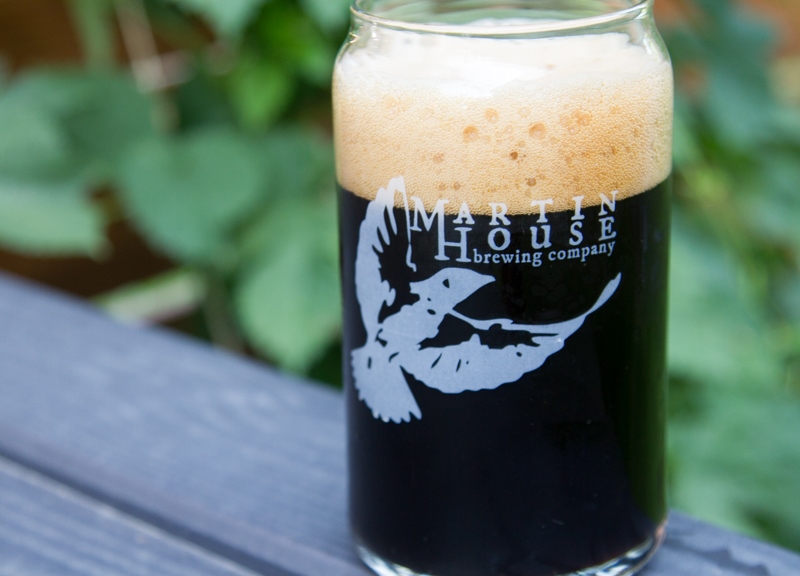 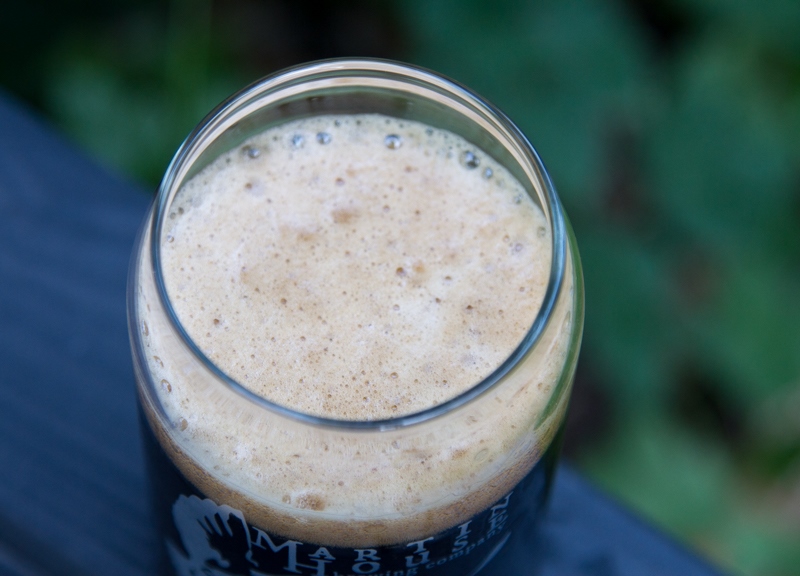