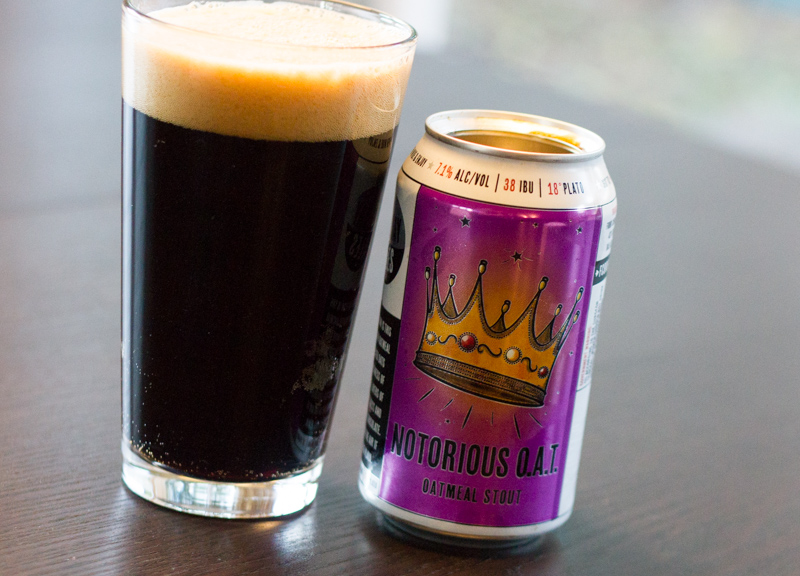 Overview.
Let's put Four Corners Brewing Company back in the limelight, because its beers are just right. Four Corners, for the most part, brews within the boundaries of what one might consider “normal” beer. So it's nice to see that it has branched out just a teeny tiny bit with this recent effort, called Notorious O.A.T.

Wait, how far out of bounds, you ask? Well, not much out of bounds, to be honest. But, hey, it's beer! And I'm drinking beer! And you should absolutely try this beer! Four Corners' approach with this beer is far from timid. Oh, and like some of its other beers, Notorious O.A.T. is a seasonal offering. So get your hands on it sooner rather than later, OK?

Also, since we're on the subject of Four Corners, we should probably mention that, just this past week, the brewery's owners announced that they will be moving operations out of the gentrification-in-progress Trinity Groves neighborhood and over to the up-and-coming The Cedars neighborhood. Love it or hate it, it appears that this is happening — albeit sometime in 2017.

Oh, and as one last side note: See if you can identify how many Notorious B.I.G. references I put into this beer review. It'll be like a fun game, maybe.

Background on Oatmeal Stout.
The oatmeal stout style has British roots. It's a flavor-filled style with roast and coffee notes. Oatmeal stouts have medium bitterness, often brewed to balance out the healthy malty flavors. The alcohol range is normally between 4.2 and 5.9 percent ABV, so it's a style that has a ton of flavor, but at the same time, won't totally put you on your ass. Notorious O.A.T. mostly lives in the style laid out by the standards for this style set forth by BJCP.

Appearance.
Notorious O.A.T. is almost black. There's just a smidgeon of light that shines through the deep brown edges on my glass. A tan head persists about three-quarters of the way through my first beer. Overall, the appearance is on point.

Aroma.
The aroma excels in Notorious O.A.T. — its style is definitely not played out. There's a balance of bitterness from both chocolate and the hop addition. The hops certainly don't get in the way of the rest of the accented flavors going on here. My brain is also trying to trick me in to thinking that there is chocolate milk and marshmallows in this beer, which is totally not true. But it's there, and it's teasing me.

Flavor.
Along with the aroma, you might want to ask this beer what its interests are, who it be with. Great question! There's coffee, roast and a slight bit of toast. Unlike some other, lower-alcohol oatmeal stouts, this beer's ABV is elevated, and it shows here in the flavor, with a moderate boozy warmness on the swallow. O.A.T. starts at 18 Plato, which means it's a bit high on the sugars for the oatmeal stout style. If I have calculated it correctly, it also finishes a bit on the sweet side compared to the classic oatmeal stout style. And that's just fine with me, because the intensity of the flavors all seem to balance and play nice with each other.

Mouthfeel.
The mouthfeel on this beer is silky smooth. The flaked oat addition in the mash certainly helps round out that silky feeling on the tongue, and I dig it. Some oatmeal stouts can taste a bit on the thin side, but not so here. Nobody will ever use the word “thin” to describe the body of this beer. The carbonation is spot on for the style, and there's no chance it'll leave your ass flizat.

Overall Impression.
I'm happy that Four Corners has added yet another winner in to its lineup. This hard-working brewery just continues to impress me with its beers. Don't get me wrong: Everything they got, they gotta work hard for it. But, nonetheless, Notorious O.A.T. will go on my recommend list for a beer run. But, Notorious O.A.T.: You gon' be here for a while? Let's hope so, because this is definitely a beer I'm big on. 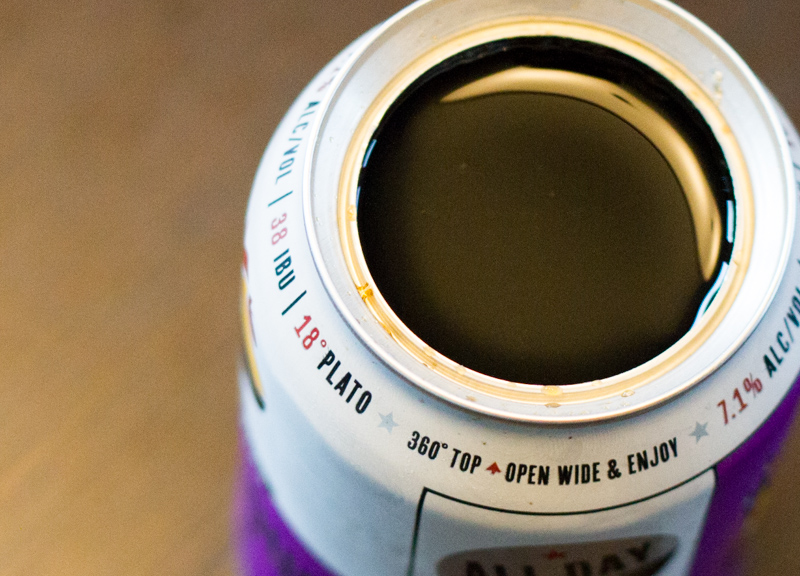 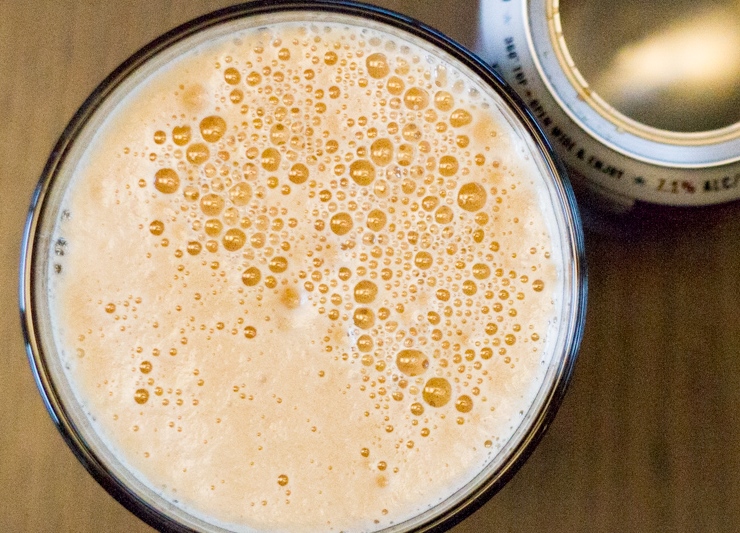 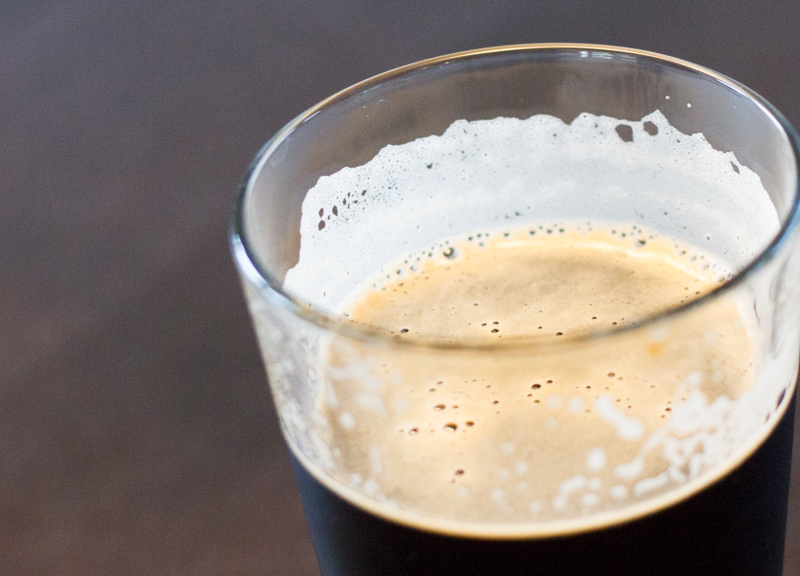 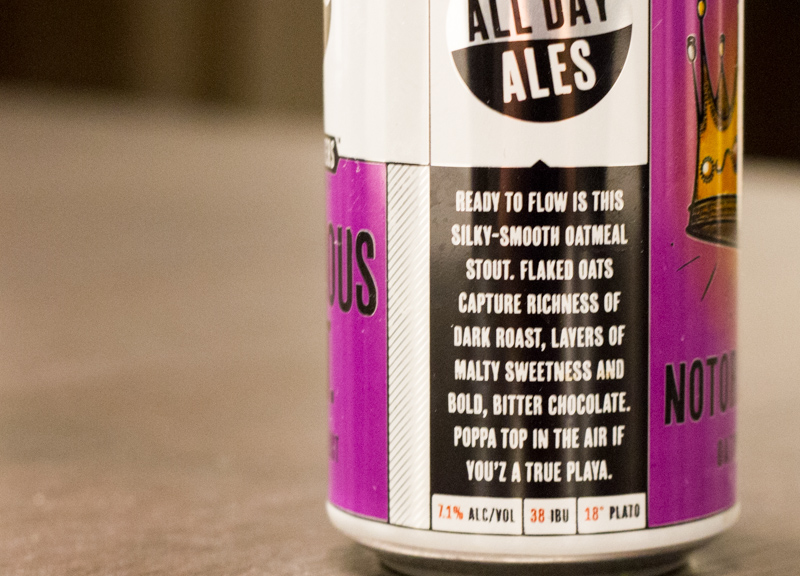 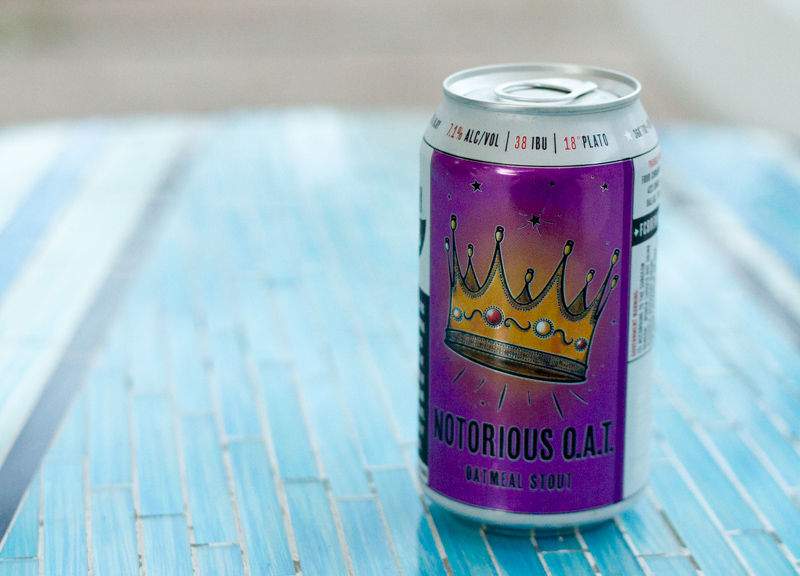