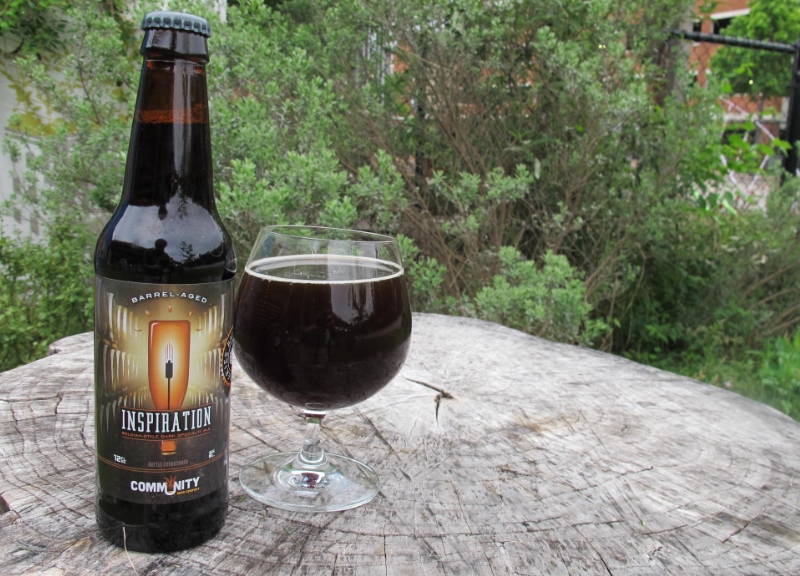 Community's Barrel-Aged Inspiration Will Bowl You Over.

This week, we sipped on Community Beer Company's Barrel-Aged Inspiration.

Overview.
Barrel-aging is a big deal in the world of craft beer these days. And for good reason: In terms of flavor profile, barrel-aged beer brings great depth and complexity to the table, pulling in flavor nuances imparted by the wood or whatever was contained in the barrel previously. Add the fact that barrel-aged series brews are usually crafted on a one-and-done basis — brewed once and never again — and there's no question why demand and consumer appreciation for the technique continues to boom in popularity with craft brewers.

Community Beer Company has certainly embraced this trend. The brewery is slowly introducing a selection of its more prominent beers aged on a variety of bourbon and whiskey barrels. The first of this series, Barrel-Aged Legion, was released just a few months ago and tastes as dark and decadent as the name implies.

The original Inspiration, first released in bottles in September 2013, is nothing short of a great rendition of a Belgian Strong Dark Ale.

Today, we see if its barrel-aged continuation holds up to expectation.

Background on Belgian Dark Ale.
Belgian Darks offer a broad range of characteristics. Colors play within the amber to light brown to deep garnet hues, with thick, rocky heads of great retention. Aromas can feature traces of yeast, spices, malts and floral notes, and even be slightly intoxicating. Flavors can vary from dry and spicy to sweet and malty, and most have a low level of bitterness.

Appearance.
Barrel-Aged Inspiration pours a clear, dark walnut brown, with subtle ruby highlights. The off-white head recedes nearly as fast as the beer's poured. No lacing sticks to the sides of the glass.

Aroma.
The aroma is quite boozy, and strong on the bourbon. There are also noticeable notes of plum, black cherry, raisin, fig and molasses, with subtle, sweet hints of toffee and caramel.

Flavor.
Barrel-Aged Inspiration's taste follows the nose. Up front flavors are bourbon barrel-soaked wood and light tobacco. Notes of chocolate and subtle hints of vanilla play with fruity esters of black cherry, plum, fig and raisins. Sweet flavors of vanilla, toffee and molasses are again present towards the end. Bourbon characteristics carry you home with strong notes of liquor, burnt caramel, coconut, vanilla and a touch of oak on the back-end with a dry finish. The alcohol is a somewhat distracting, but nice.

Mouthfeel.
The beer is medium-bodied with an oily-to-creamy texture. The soft carbonation lends itself to a long, warming finish.

Overall Impression.
Community Beer Company's Barrel-Aged Inspiration has some remarkable character. This Belgian Dark specialty ale is nicely blended, and the 10.2 percent ABV hardly shows through. It's just a very well-balanced and complex beer, and the nuances of the blended whiskey barrels bring great malt character with bready yeast and dark fruit flavors adding to the overall.

It's a beer you can session to along with friends, but this is definitely a sipper, and something to be shared. I wouldn't recommend it to a novice, nor should you waste it on a light beer drinker for that matter. It is also noteworthy that the Barrel-Aged Inspiration improves significantly as it warms — just as most Belgian Strong Dark Ales do.

Just remember: The 10.2 percent ABV sneaks up on you, so it's wise to plan ahead. 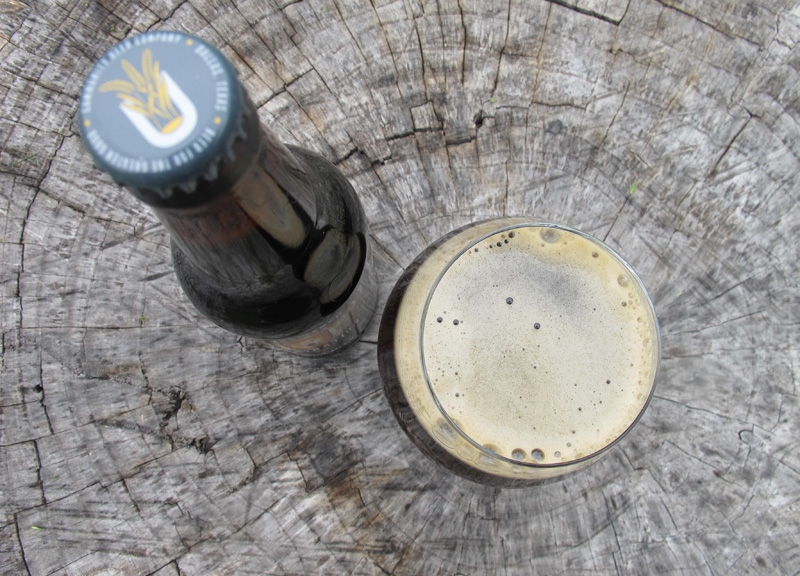 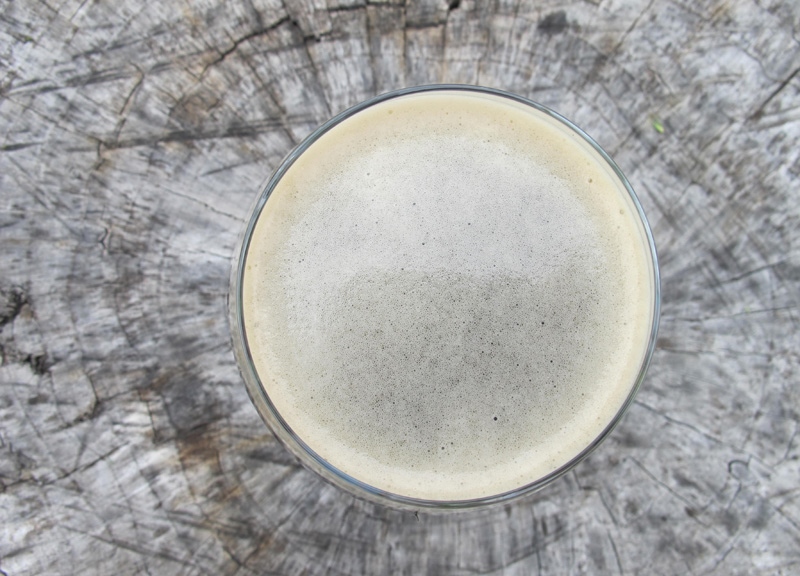 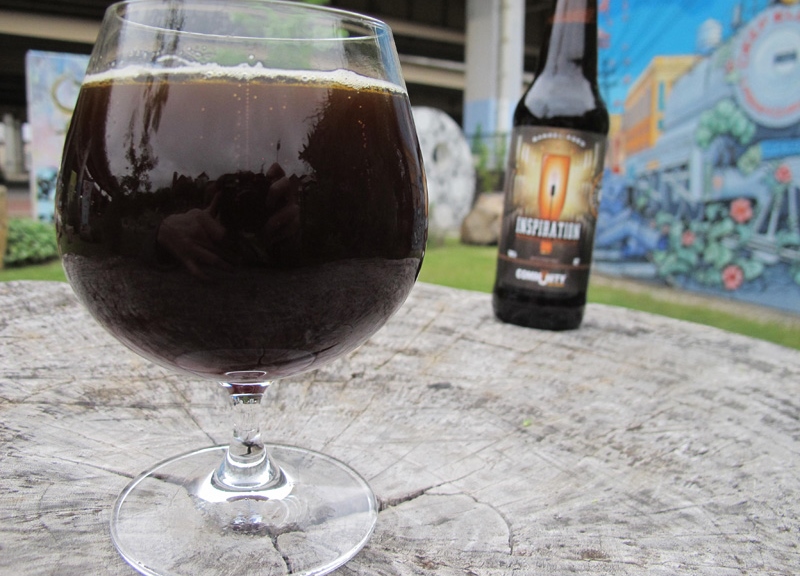 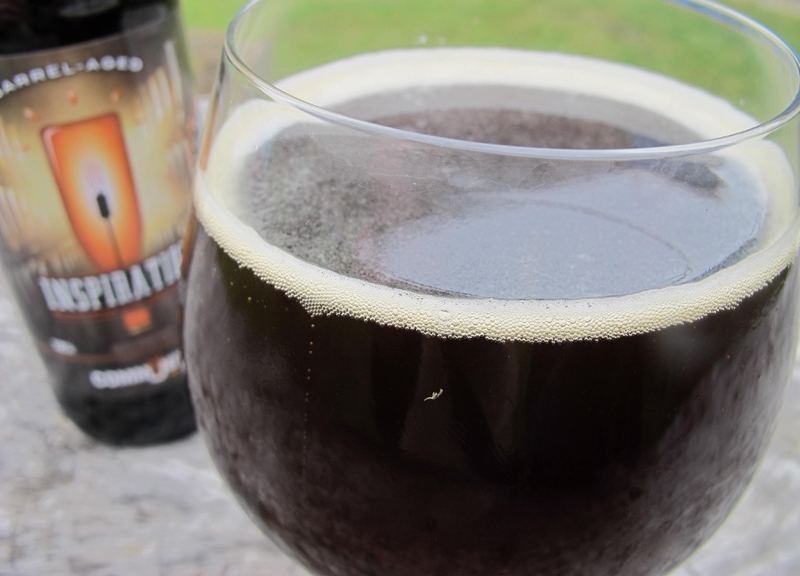 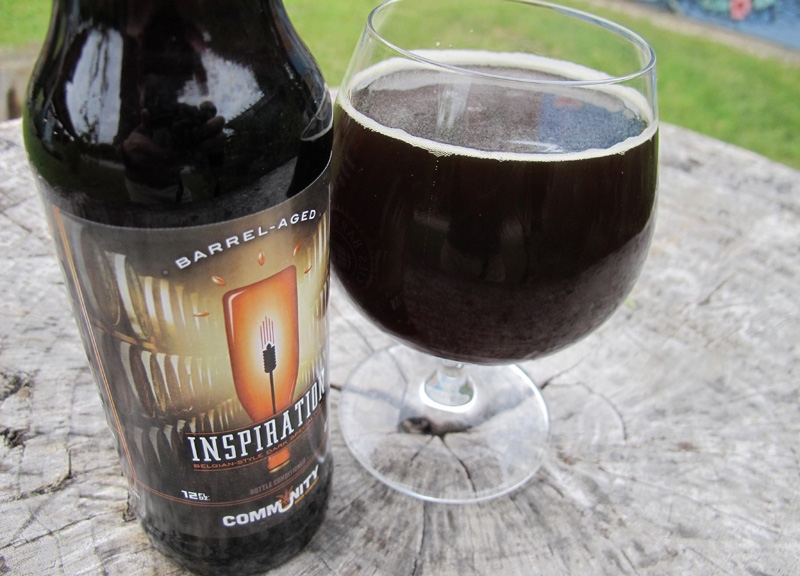