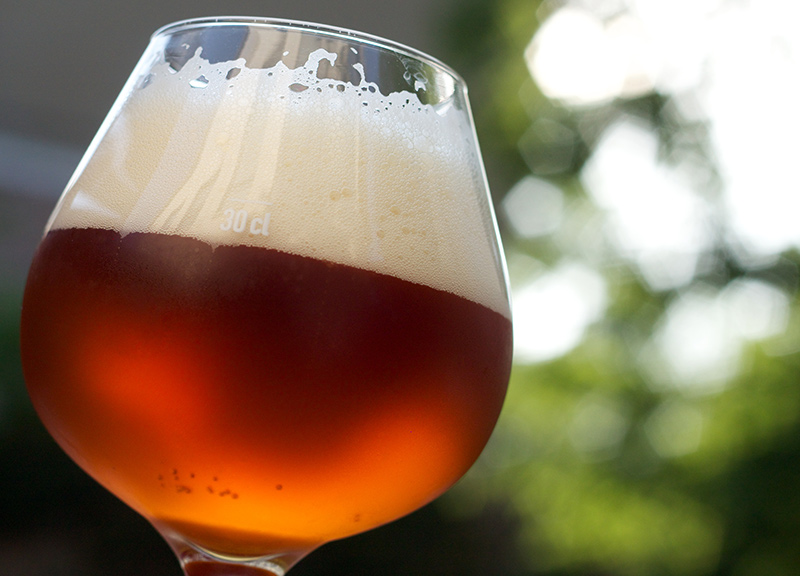 Antigoon's Revenge From Lakewood Brewing Is a Beast of a Beer, But Not An Infallible One.

This week, we sipped on Lakewood Brewing Company's Antigoon's Revenge.

Overview.
Antigoon's Revenge represents Lakewood Brewing Company's latest entry into its Legendary Series of beers inspired by a combination of Belgian and local mythologies. Past entries in the series have included an excellent India Black Lager in Goatman and La Dame Du Lac, a Beire de Garde that kind of missed the mark.

Antigoon's Revenge, in particular, is meant as a counterpart of sorts to the brewery's very first entry into the Legendary Series, Brabo's Cut, a Belgian-Style Dark Ale. As the legend goes, Silvius Brabo was the Roman soldier that slayed the giant Druon Antigoon, who, while guarding a local bridge, had a propensity for chopping off the hands of travelers that couldn't afford the toll to cross. Growing tired of Antigoon's antics, Brabo chopped off Antigoon's hand, killed him and tossed his severed hand into the river below. Consequently, this is the how the city of Antwerp got its name. (Antwerp is derived from Antwerpen, which is basically a combination of Dutch words for “hand” and “to throw.”)

With this beer, Antigoon is out for revenge. And it's worth noting that the two represented beer styles of the main characters in the legend exists opposite ends of a similar spectrum.

Appearance.
Antigoon's Revenge pours a clear, medium dark amber with an almost burnt orange hue. Typical of many Belgian-Style beers, Antigoon has a very thick, frothy and slightly off-white head. You'll likely need to give the beer several minutes to settle after pouring it into a glass.

Aroma.
Up front, Antigoon's Revenge boats subtle yeast aromas with notes of alcohol, candy sugar and lots of pleasant fruity esters. Try to drink this from a tulip or snifter style glass and give the beer a good swirl or two to really get a good nose on the aroma.

Flavor.
This beer's got a heavy — but not completely unpleasant malt sweetness — that’s supported with medium levels of piney, spicy hops. There are definite notes of brown sugar, molasses and some sweet smoked wood.

Mouthfeel.
Antigoon's Revenge is thick and chewy, with medium to medium low levels of carbonation.

Overall Impression.
There's a lot to appreciate and enjoy with Antigoon's Revenge. It's one of those beers that rewards multiple sittings as you'll likely pick out different flavors and aromas every time. It's this flavor complexity that is the beer's greatest asset — and why many will count it as one of Lakewood's finer beers.

But the beer also suffers from some balance issues. And, viewed through the lens of a Belgian Golden Strong Ale, it's not quite up to size. Many typical Belgian characteristics of yeast, fruity esters and sweet alcohol drown out any potential spice, pepper or hop flavors. Meanwhile, the sweet malt flavors that lead to the chewy mouthfeel are just a bit heavy-handed. The beer also doesn't finish nearly as dry as it should.

Still, these issues are relatively minor for what is, at the end of the day, an enjoyable beer. I definitely recommend grabbing a bottle before this revenge story is complete. 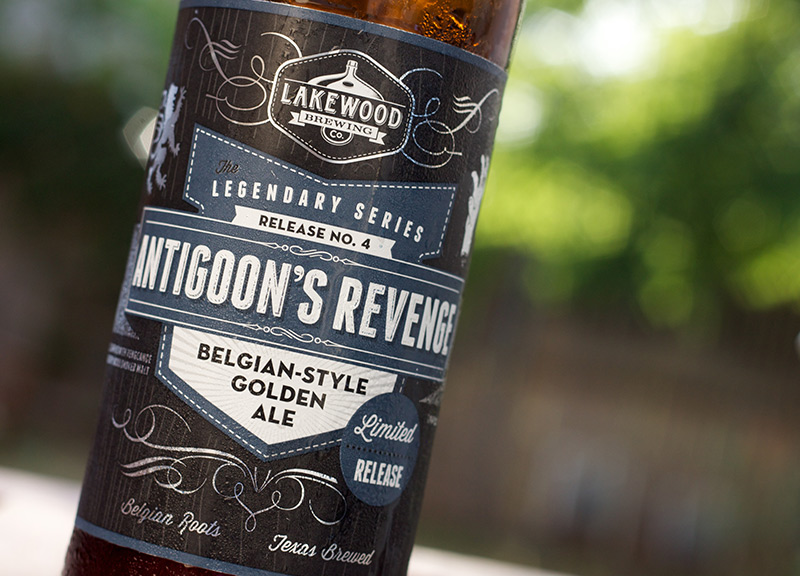 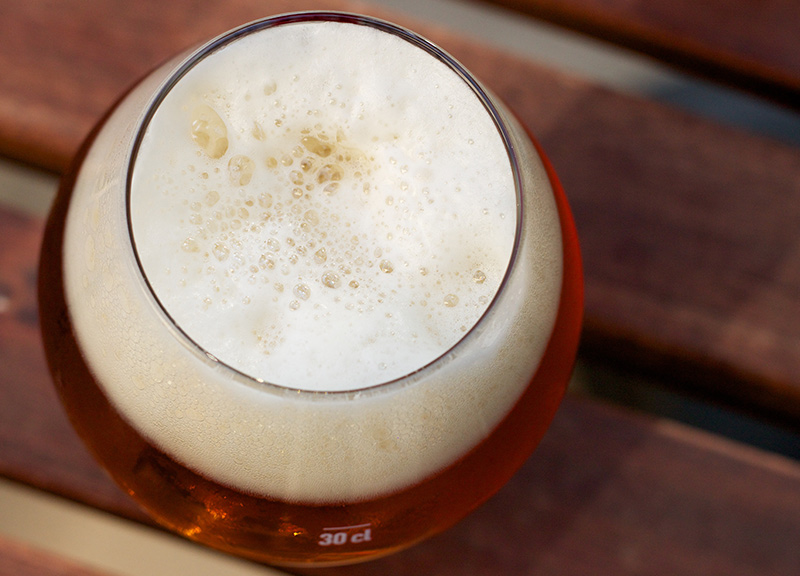 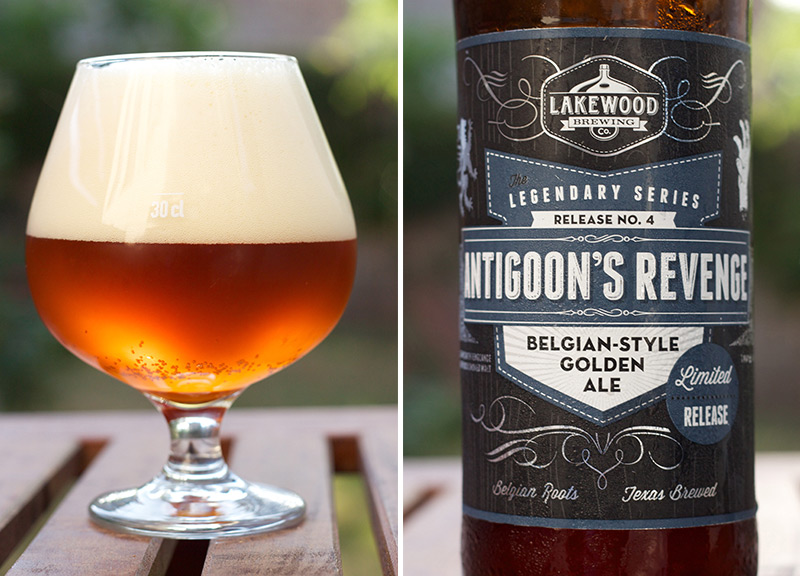 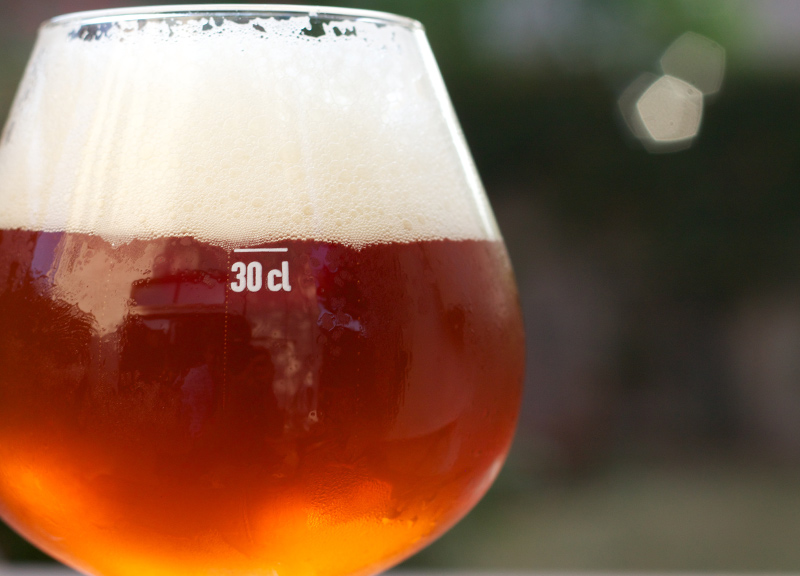