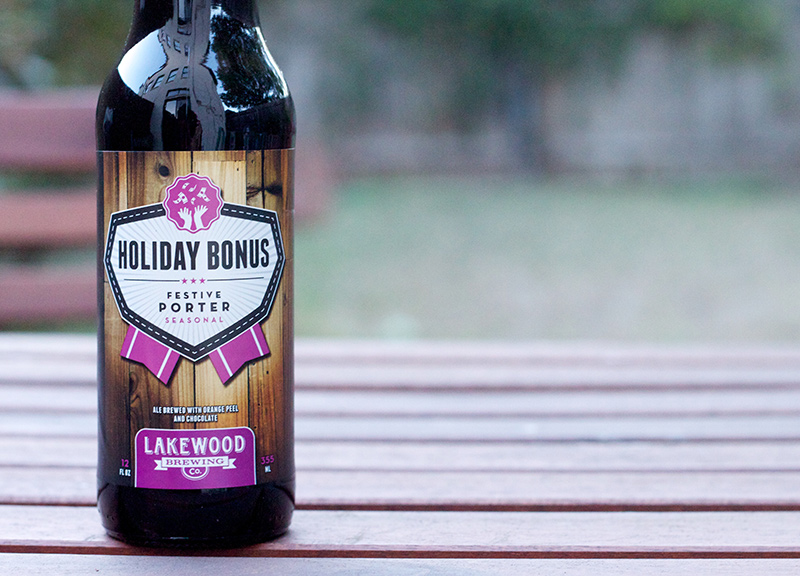 Lakewood's Holiday Bonus Brings A Little Something Extra. Maybe Too Much, Actually.

This week, we sipped on Lakewood Brewing Company's Holiday Bonus.

Overview.
Holiday Bonus is a new winter seasonal for Lakewood Brewing Company that starts starts as a Robust Porter before Lakewood's brewers add a bit of orange peel and chocolate to give the beer a bit of a holiday twist. You can find this beer around the Metroplex in bottles and on draft.

Aroma.
Faint aromas of chocolate are present here, along with roasted grains, coriander, a touch of orange and a delicate earthy hop aroma.

Flavor.
Holiday Bonus has lots of roasted grain up front, with just a bit of citrus bitterness from the orange peel. Chocolate is present on the back end of the tongue, and it’s not overpowering in the slightest. There are also medium to slightly elevated levels of hop bitterness, no doubt accentuated by the orange peel. But there's not a ton of residual sweetness in this beer — it finishes quite dry — and the roasted grain flavors tend to linger on the tongue for an extended period of time.

Mouthfeel.
This one's got a medium mouthfeel with adequate levels of carbonation for the style.

Overall Impression.
In Holiday Bonus, Lakewood Brewing Company has attempted a somewhat festive take on a robust porter. And, sure, orange peel and chocolate do feel like appropriate flavor additions for the winter season. For me at least, they trigger memories of holidays past where these flavors played big roles in holiday meals, candies and other related foodstuffs (see: Terry’s Chocolate Orange). It's fairly easy to tell, too, that the underlying base beer is well balanced and tasty.

But while the addition of chocolate is a classic modifier for the porter style, I felt that the orange peel addition left a little something to be desired. While it was pleasant on the aroma as a nearly hidden olfactory treat, I felt that the orange peel actually competed with the rest of the beer's flavors more than it augmented them. Furthermore, as the beer warms, these bitter citrus flavors start to overtake the rest of the beer until they eventually become the dominant flavor.

If you happen to like the flavor of bitter oranges, that could be to your liking. Me? I felt the beer could stand to have a bit more balance.

Still, Holiday Bonus is one of the more enjoyable local winter seasonals that I’ve had in some time, and I would gladly recommend as an accompaniment to one of the many upcoming holiday feasts, as the flavors should be quite complementary. 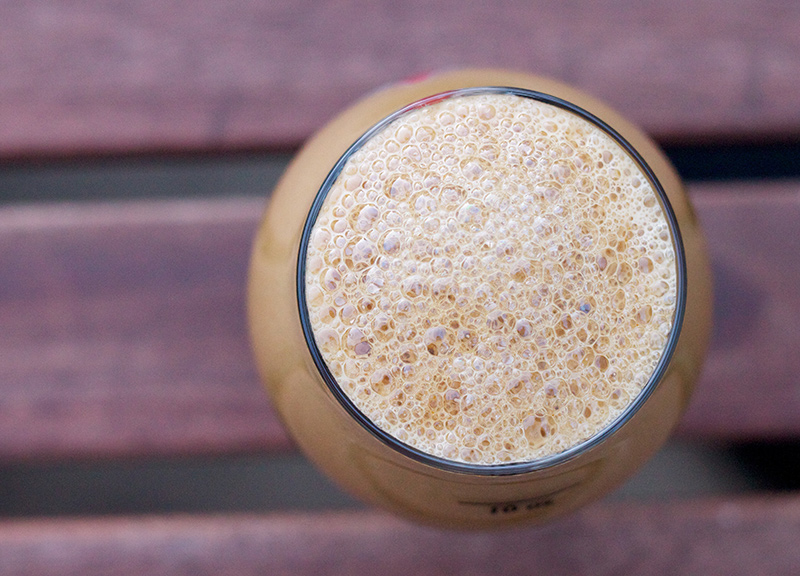 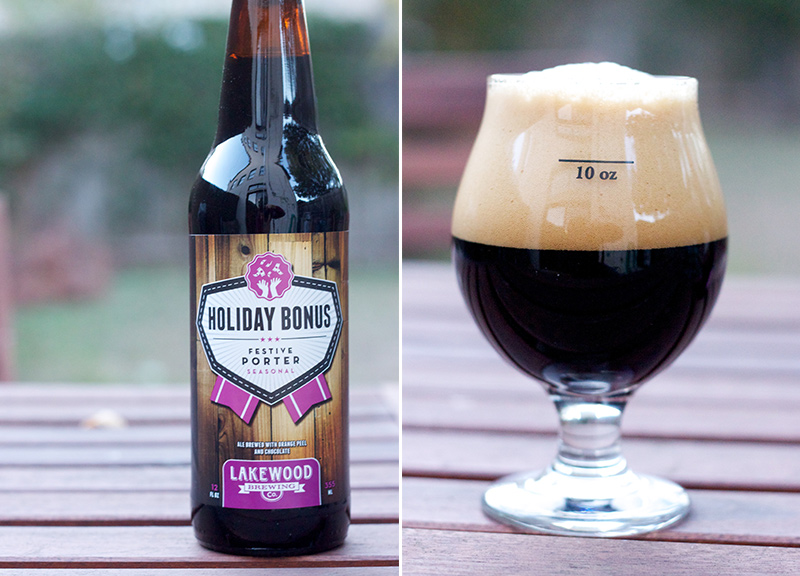 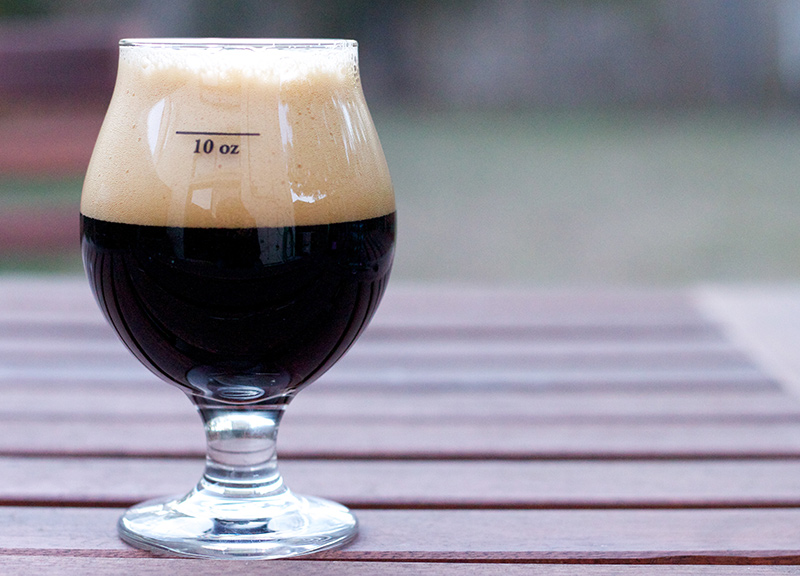 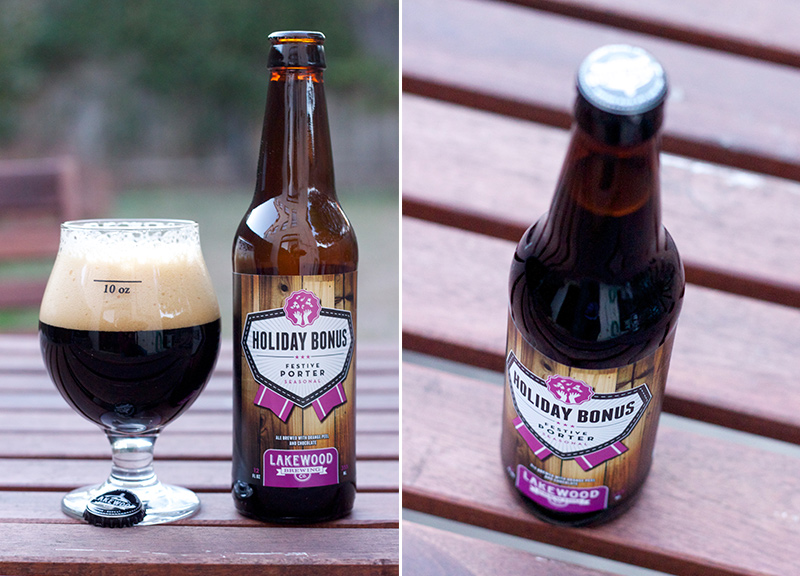 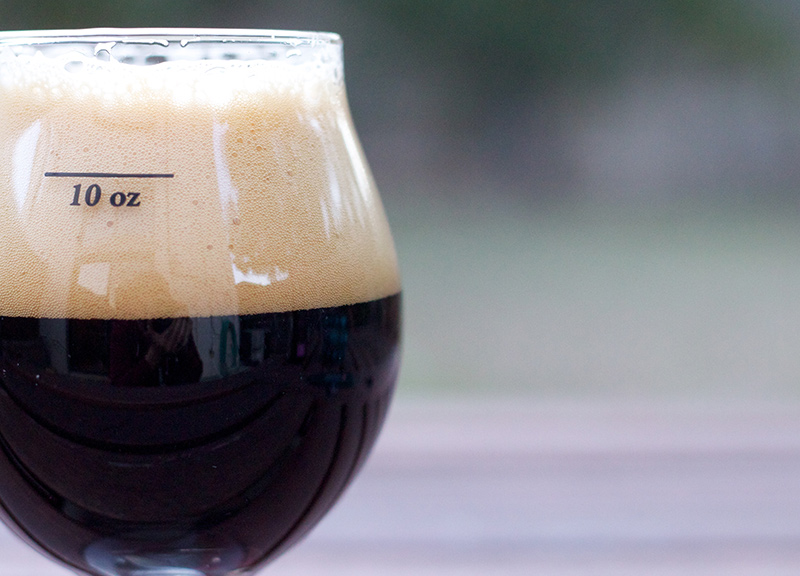