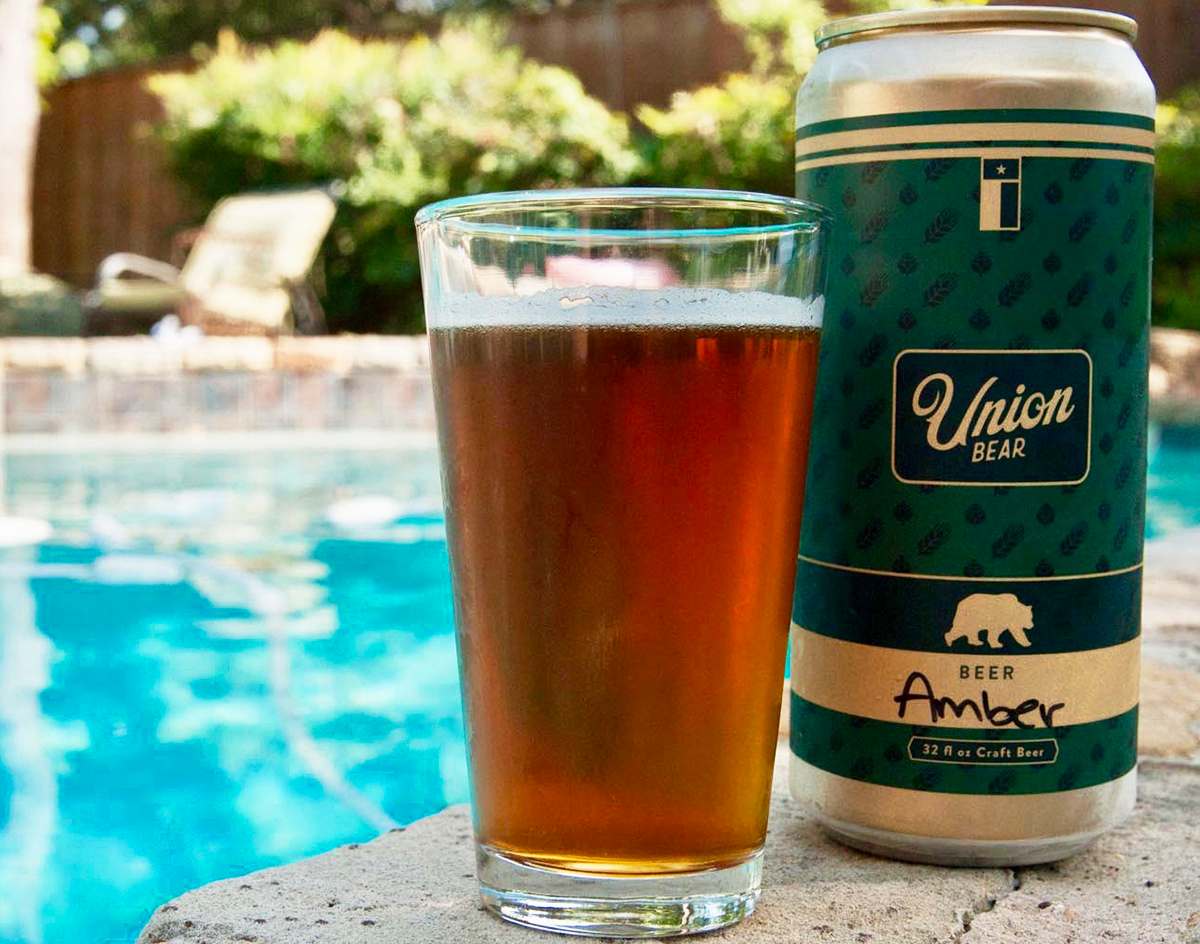 With Its Strength In Versatility, Union Bear Brewing Company’s Take On American Amber Ale Is A Safe Bet For Just About Any Occasion.

Overview
If you have been part of the Dallas beer scene for any length of time you might recognize the Union Bear name from an Uptown craft beer eatery that closed in 2014. Hailed as innovative, but largely ahead of its time, the rights to the concept were sold to 33 Restaurant Group which promptly went to work creating a brewpub in northwest Plano. The brewing world is often incestuous, as brewers move from place to place. With brewing roots connected to several other area breweries, including Grapevine Brewing Co. and Hop & Sting Brewing Co., Union Bear is no different.

When the Plano incarnation of Union Bear opened in January 2018, UB Amber was one of four beers brewed on the premises to make its debut and it’s been on tap every time I’ve been there since. In a place with an upscale pub menu, that makes a lot of sense, as a well-constructed Amber is a solid companion for almost any gastronomical adventure.

Background on American Amber
American Amber is a relatively young style that grew out of American Pale Ale and originated in the hop-driven areas of Northern California and the Pacific Northwest. With a copper-to-brown color of moderate strength, it can swing widely from a malt-forward profile to assertively hopped. Typically a clear beer, it can appear a bit hazy if dry hopped. 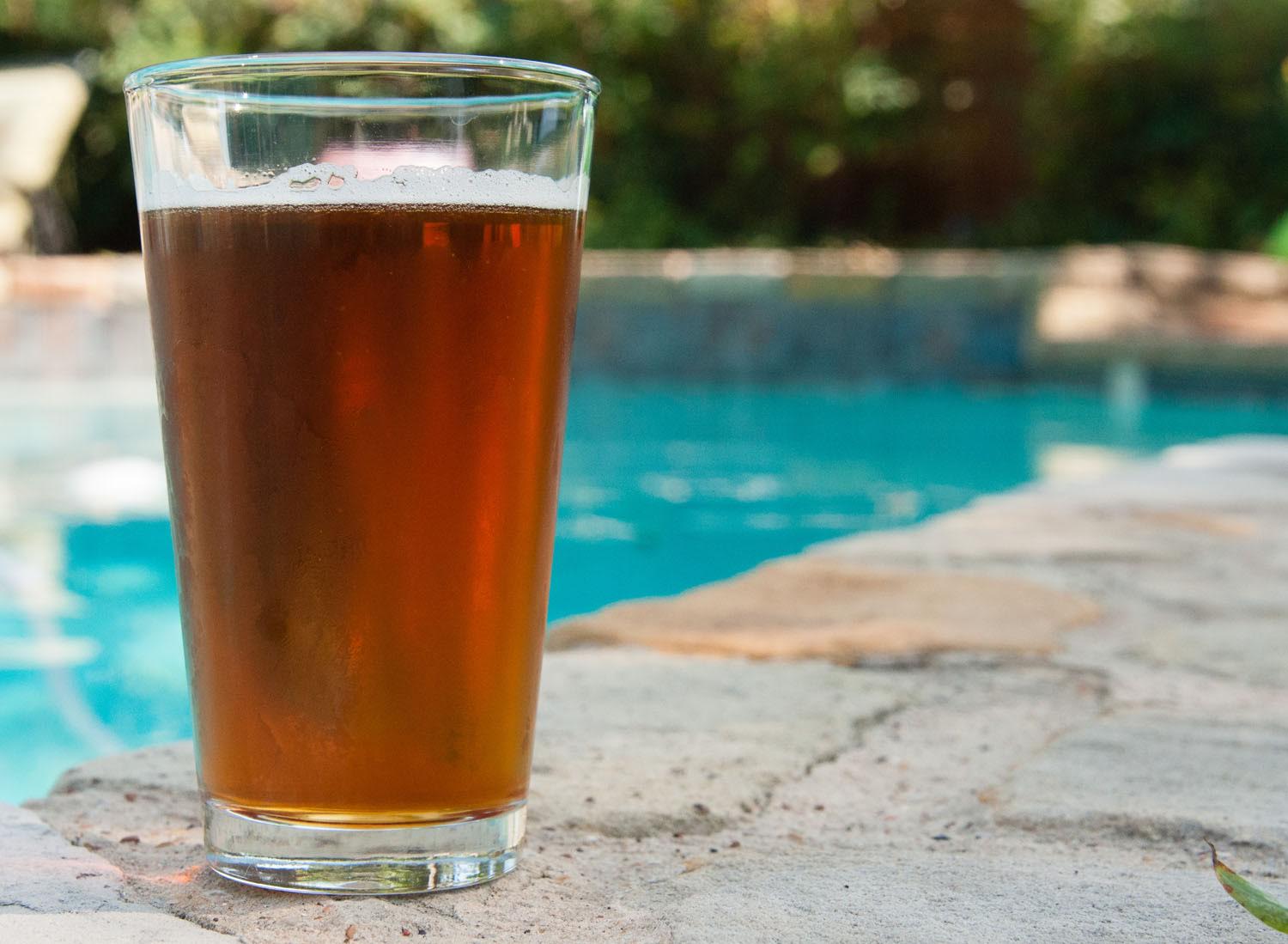 Appearance
UB Amber pours a rich garnet red color and sports dazzling clarity. If poured vigorously, the head foams up in an attractive shade of antique white with a variety of bubble size represented. It doesn’t last long though, as it quickly recedes back to form a splotchy layer of suds across the top of the amber brew. No real lacing gets left on my glass as I drink it either, and while I would like to blame this on having carried it home in a growler, I’ve had the same experience with this beer in the pub.

Aroma
Stick your nose in a glass of UB Amber and you might wonder if it’s even a beer. This is a subtle creation, lacking the “look at me” scream for attention with which many other American styles hit the olfactory senses. A little focus by the drinker will find syrup-like caramel aromas. But if you swirl your glass for a second and check again, there are some clean, floral scents lending support. There is a quiet confidence to this beer, as though it knows what it’s about and really doesn’t seek your approval.

Flavor
Like a slow-moving river, UB Amber runs deep. This is a sophisticated, layered brew. At 40 IBU you might expect it to present some serious bitterness, but what I notice first are the malt flavors like caramel and toffee. This beer is something along the lines of a softer, less sweet Heath bar – only it cleans up after itself. I’m also getting toast, bread crust and sweet graham cracker. Hold it in your mouth for a few seconds and the bitterness begins a climb to ascendency which it maintains until you swallow. 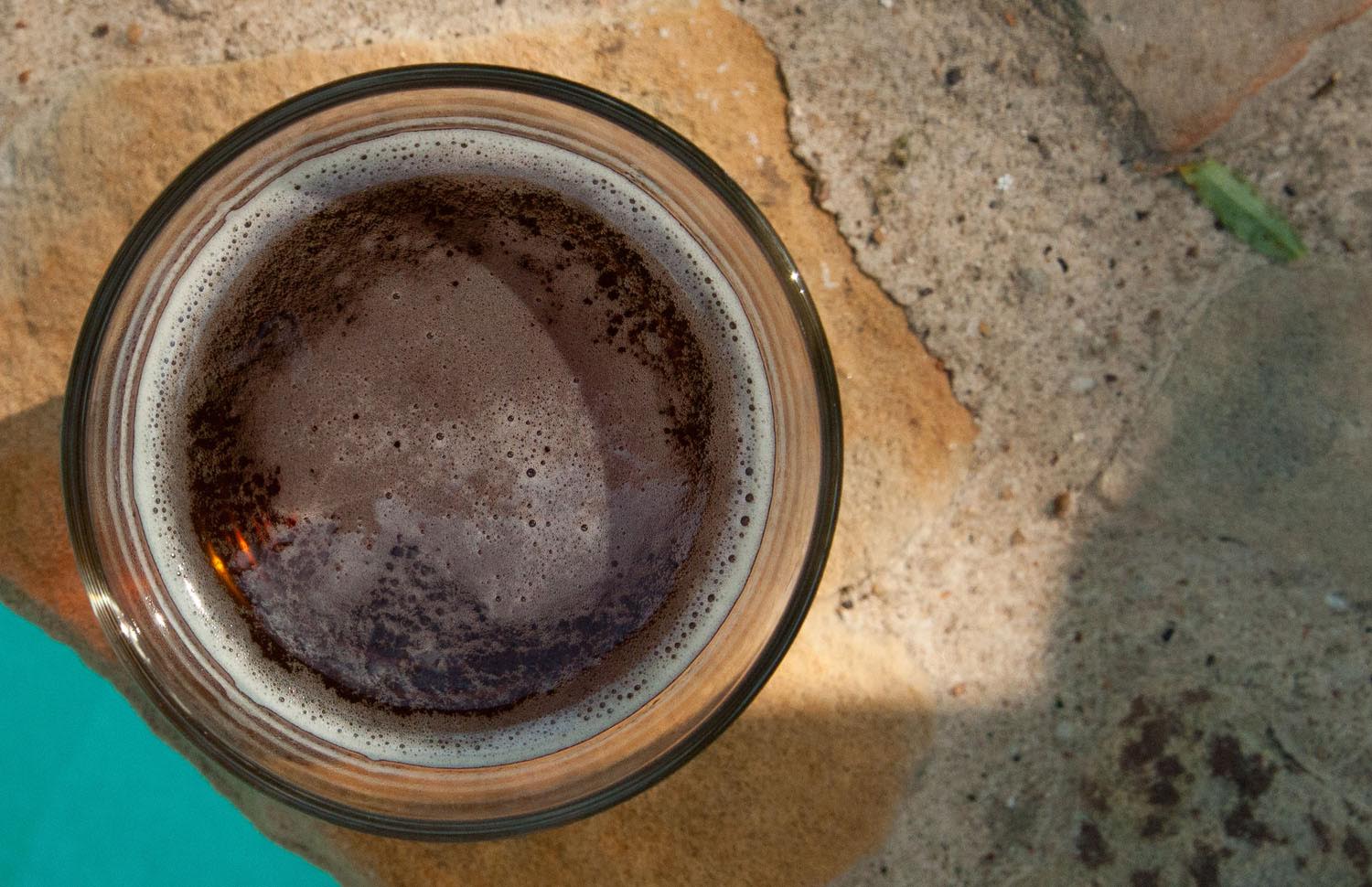 Mouthfeel
UB Amber is a medium to full-bodied beer with what feels like a medium-high carbonation level when you drink it. There is a coating quality about it in your mouth, clinging to spots like a sports car powering through a corner — there and then gone. The finish has a slight astringency that I could do without, but if I were drinking this with a meal, I doubt I would notice it.

Pairing
Ambers in general make for great food beers and UB Amber is no exception. In fact, it is one the best pure food partners on the Union Bear tap list. I started to go through the Union Bear menu to call out dishes I thought would pair well with this beer, but gave up, as it was way too long to list. Instead, I will leave this to your own devices while giving you some guidelines. As always, match the intensity. As a medium-intensity beer with a bitter finish and caramel notes, UB Amber will go well with any red meat off the grill – even the dishes with Cajun spices and peppers. I wanted to try it with just about every single appetizer on the menu, too. (Shoutout to the Bacon Brussels and the Mac & 3 Cheese.) Be aware that with the sneaky bitterness level in this beer, spicy heat in dishes could be dialed up. However, if that is your thing, UB Amber makes a great partner for spicy selections.

Overall Impression
While I like this beer, the more I drink it without food, the more the astringency hits me. However, I have had this beer with dinner in the past and I don’t remember noticing the astringency then. I also really wish the head lasted longer.

Those things aside, this is a good, year-round beer that shows great versatility. It has enough “weight” to be a solid choice in the winter without being too heavy for even the hottest months. It works well both with food and without. There is also enough bitterness for most hopheads to enjoy while still providing a malt flavor for people who prefer that to feel at home. It is a really just a solid kind of beer that I enjoy and I wish I could get it in more places than just Union Bear.