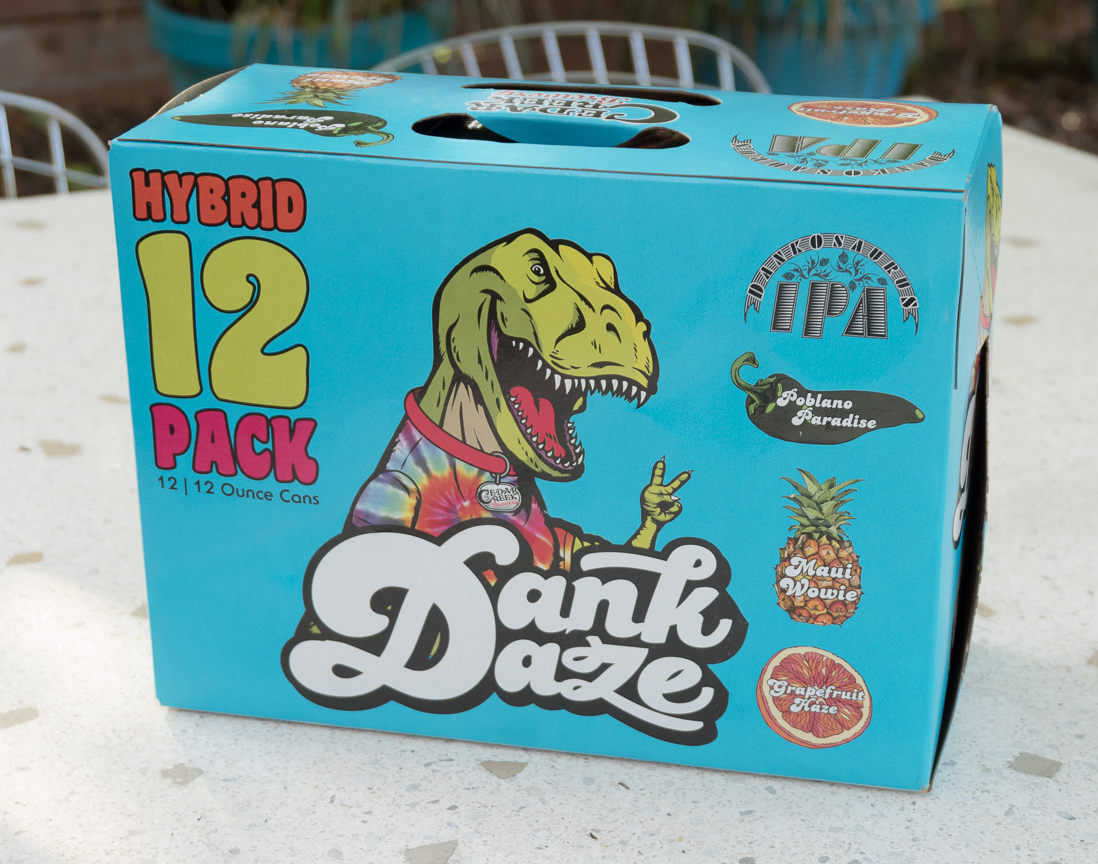 This week, we sipped on Cedar Creek Brewery’s Dank Daze. 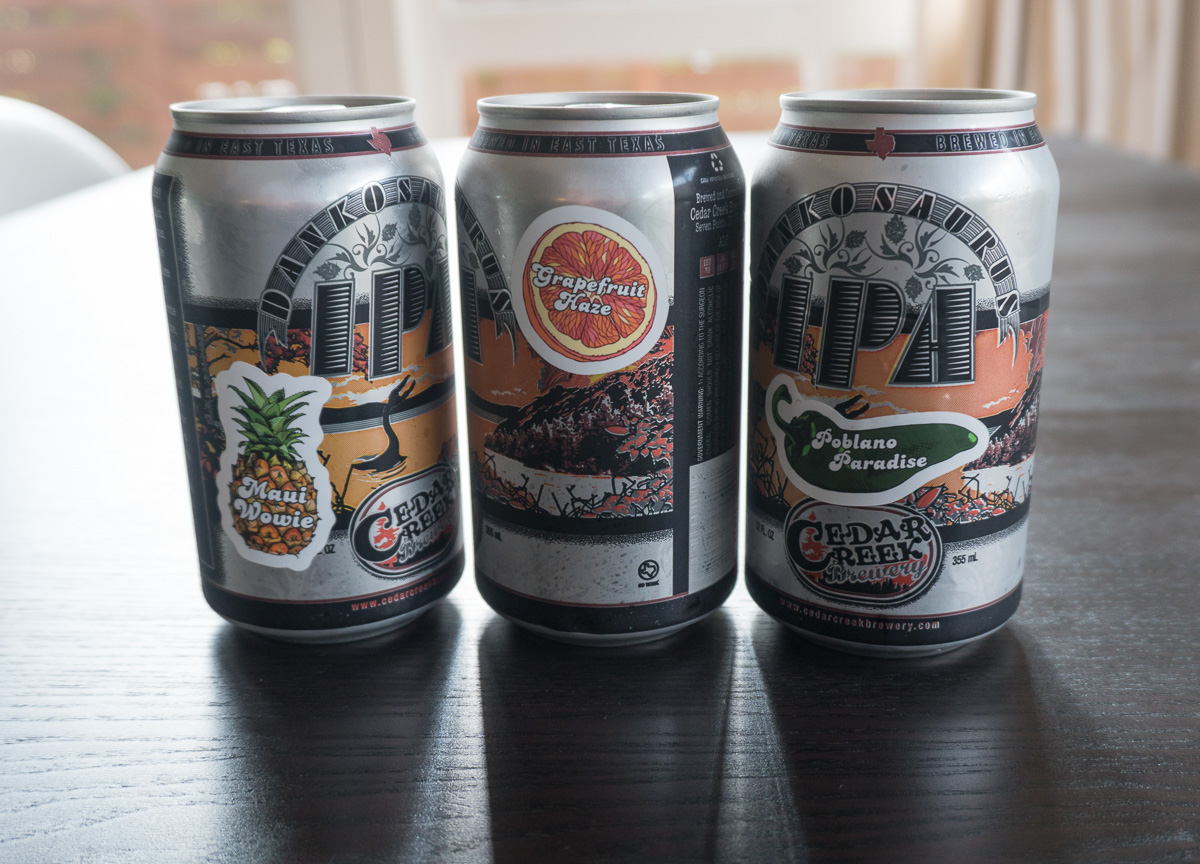 Overview.
A few weeks back, I talked with a rep from Cedar Creek who mentioned that a four-way Dankosaurus release was imminent. And what better timing to release this dank four-way than on 4/20? If you believe that Cedar Creek’s IPA pays homage more to stoners than dinosaurs, then cool. If you believe that Cedar Creek’s Dankosaurus is more about dinosaurs, you’re certainly entitled to your own take on it. So, what is Dank Daze, exactly? Simply put, it’s a four-way 12-pack of Dankosaurus. In this 12-pack, there’s three each of regular ‘ol Dankosaurus and its Maui Wowie (pineapple), Poblano Paradise and Grapefruit Haze variations. Since we already wrote about the O.G. Dankosaurus, this post focuses more on the wacky fruit and pepper additions to the base beer in the three variations.

Background on IPA.
For a primer on the IPA style, spend some time with our review of Oak Highlands Brewing Derelict IPA or Community Mosaic IPA. As stated in the overview, this post focuses more on the fruit and pepper additions to the base IPA style. Overall, the idea of a fruit beer is that it complements the base style, never overpowering it to the point where it shows more fruit characteristics than base beer characteristics. 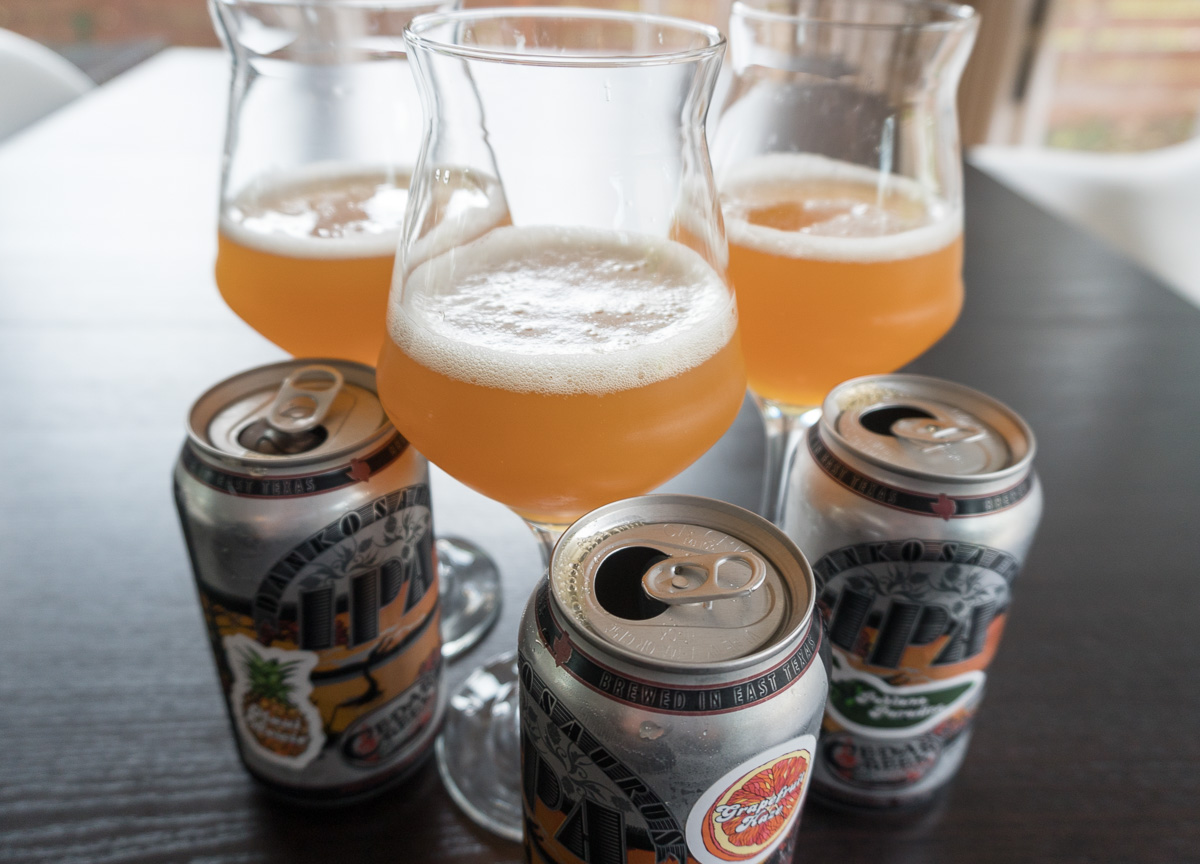 Appearance.
I’m not sure what I was expecting in the appearance department, so I lined each of the three variations up side-by-side. And as you can see, there isn’t any noticeable departure in color between each of the beers. Like the original Dankosaurus, each of these variations maintains its cloudy character. A moderate white layer of foam is present for photos, then dissipates to form a thin layer over the top of the beer. As I work my way through each of these beers, a good amount of lacing clings to the glass. I must say, I’m not super-psyched about how cloudy Dankosaurus is on the whole. However, since I already know that this is just the way it is with this beer, and that IPAs can have some haze to them, I’m still very interested.

Aroma.
Overall, the Eureka! hops – the main star of the Dankosaurus show — provides the main thrust of citrus, pine, resinous, and peach character. These aroma compounds together form the base for the rest of the aroma experience.

Flavor.
Aside from being a dank, gnarly, delicious IPA, let’s unpack a few traits of Grapefruit Haze, Maui Wowie and Poblano Paradise. Overall, I pick up a huge wallop of bitterness from the base Dankosaurus.

Mouthfeel.
Carbonation feels the same on the three beers: punchy and bright. Grapefruit Haze seems a bit thinner compared to the other beers, but I suspect that’s because I am distracted by the intense bitterness left on the aftertaste. Poblano Paradise follows a close second on the body factor, with Maui Wowie third. Maui Wowie seems to have a touch more body, as its sugar profile seems a bit rounder to me. 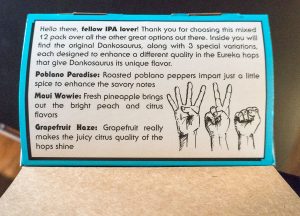 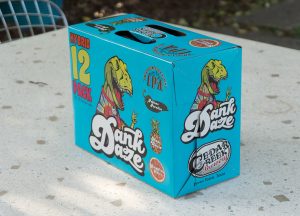 Overall Impression.
Dankosaurus – of the regular ilk – is a fairly hop-aggressive IPA. So it’s going to be tough to over-power the hop intensity with flavor additions. Grapefruit Haze seems to get close to that line of too much peel and bitterness. Maui Wowie focuses more on subtlety, and I am happy with the pineapple dialed down. Any more pineapple and it might take on a weird stomach acid sort of aroma. Poblano Paradise is right in my wheelhouse. It’s a change-up pitch sort of beer: the aroma throws me for a pepper-bomb, but then the flavor is vegetal, not peppery and it keeps me coming back for more. 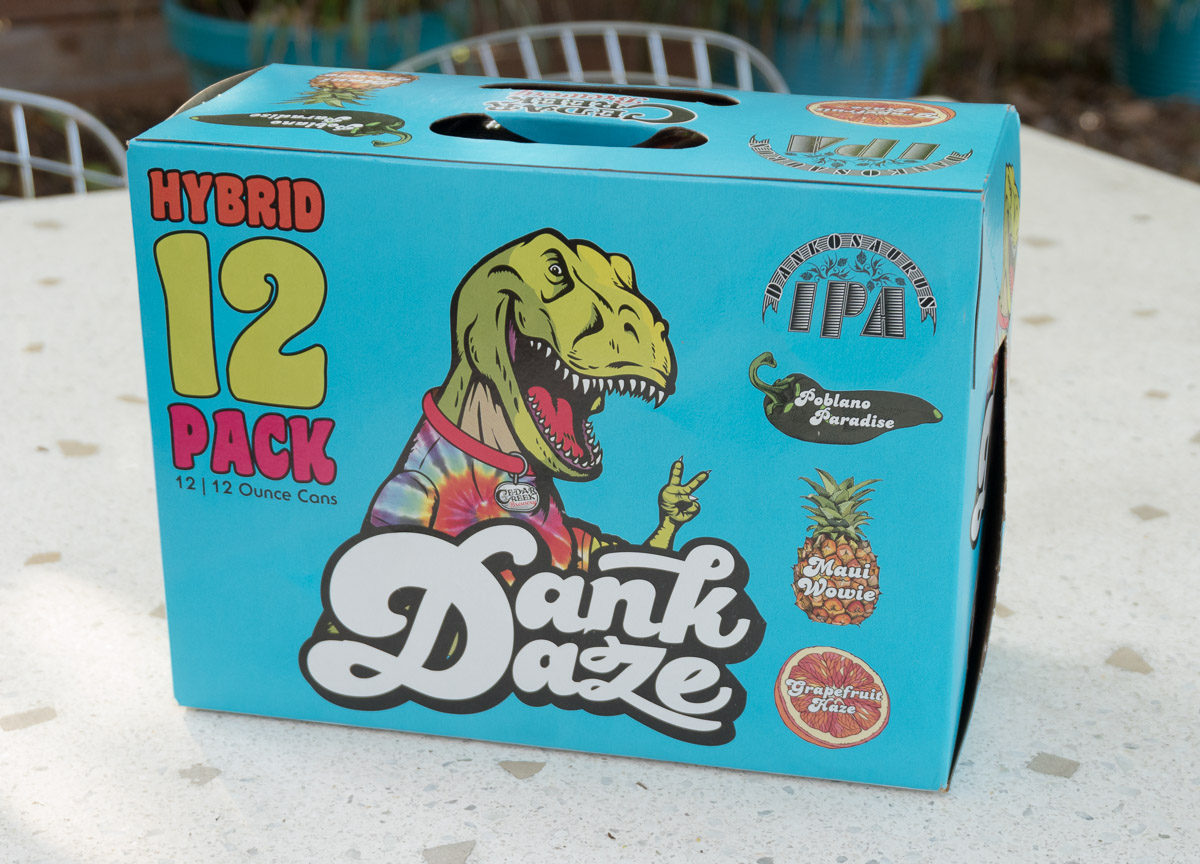