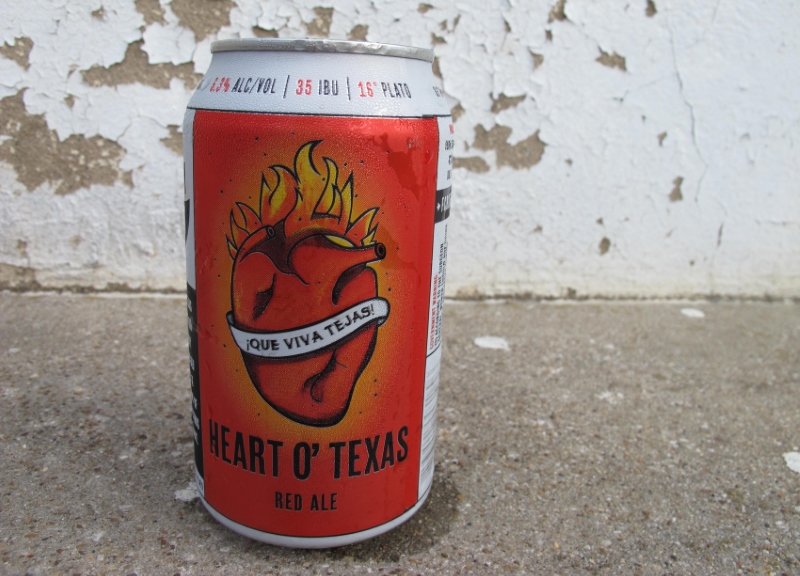 We're Not In Love With Four Corners' Heart O' Texas.

Overview.
The Margaret Hunt Hill Bridge — or Large Marge — that connects vibrant Downtown Dallas to less affluent La Bajada in West Dallas, used to be dubbed by some locals as “a bridge to nowhere.” Today, said “nowhere” is defined as one of the city's hottest up-and-coming neighborhoods, Trinity Groves.

An incubator for start-up concepts, Trinity Groves plays host to a variety of bars and eateries, all of which share an outdoors space and a fantastic view of its adjacent bridge and Downtown Dallas. Also within this cluster is Four Corners Brewing Company, one of Trinity Groves' first concepts, and West Dallas' first brewery.

Much like the neighborhood in which it sits, Four Corners Brewing Company is thriving. Think of the brewery today and you quickly connect with its iconic rooster logo and colorful branding, which is a play on Mexican Lotería cards. You may have tried a few of its well-known All Day Ales too, such as the El Chingón IPA or Block Party Porter, which include fully removable lids — a first for Texas craft beer.

Background on American Amber Ale.
With a color ranging from amber to deep red hues, this style primarily focuses on the malts, but hop character can range from low to high. When drinking an American Amber you should expect a balanced beer with toasted malt characters and a light fruitiness in most examples. The style can fall within a medium to medium-full body with medium to high carbonation. The range can run from basic ale to American brewers who brew faux-Oktoberfest style beers that are actually ales instead of lagers.

Aroma.
This beer's aroma is rich and malty, with citrusy hop notes, sweet caramel, molasses and some nice dark fruit. Some alcohol warmth is also noticeable on the nose.

Flavor.
Immediately, Heart O' Texas greets you with a mix of sweeter fruit and caramel along with light roasted malt and bready flavors. The sweeter fruit flavors are a mix of cherry and plum, but these are light in comparison to the caramel. As the taste moves forward, the caramel grows more intense and is joined by a more buttery toffee flavor at the expense of the fruit. A little bit of a woody and slightly grist-y grain flavors come to the tongue at the end, leaving a rather oddly sweet, woody and slightly stale grainy taste to linger on the tongue.

Mouthfeel.
Heart O' Texas is a clearly over-carbonated, which greatly distracts from the entire experience. The beer is medium-bodied with a bready mouthfeel and finishes dry.

Overall Impression.
Unfortunately, Heart O' Texas falls flat — especially when comparing this experience to past ones with Four Corners' otherwise admirable efforts. There are good flavors deep within the beer, but the fact that it's over-carbonated, combined with that grist-y and stale malt taste, makes it a one-and-done beer for me.

That said, I want to be clear: Four Corner's has not lost me, not by a long shot. The Block Party Robust Porter is one of the best sessionable, full-flavored beers found in North Texas. And the 360-degree, fully removable lid is just plain fun. Everyone should have Four Corners on their radar.

My suggestion? Skip the Heart O' Texas as your first experience with the brewery and go straight to their All Day Ales. Better yet, join them for a brewery tour on Saturdays and try the full lineup. The all day Alehouse is open seven days a week, too. 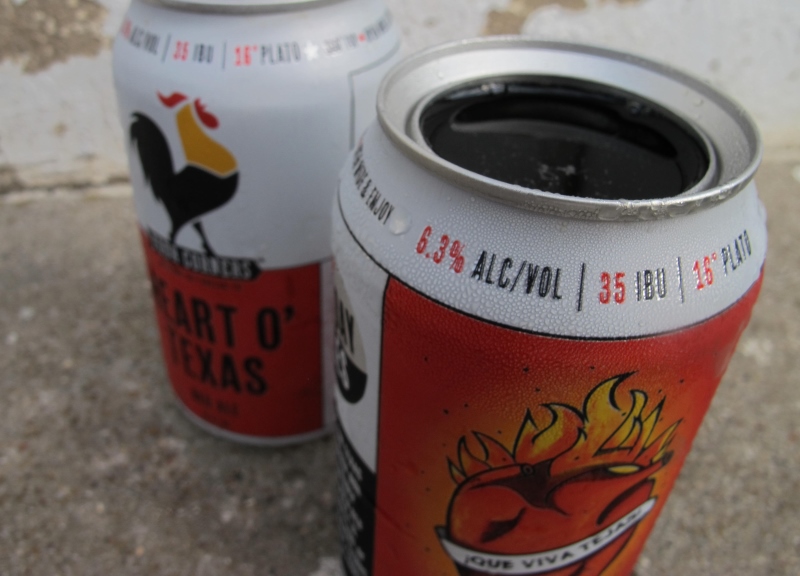 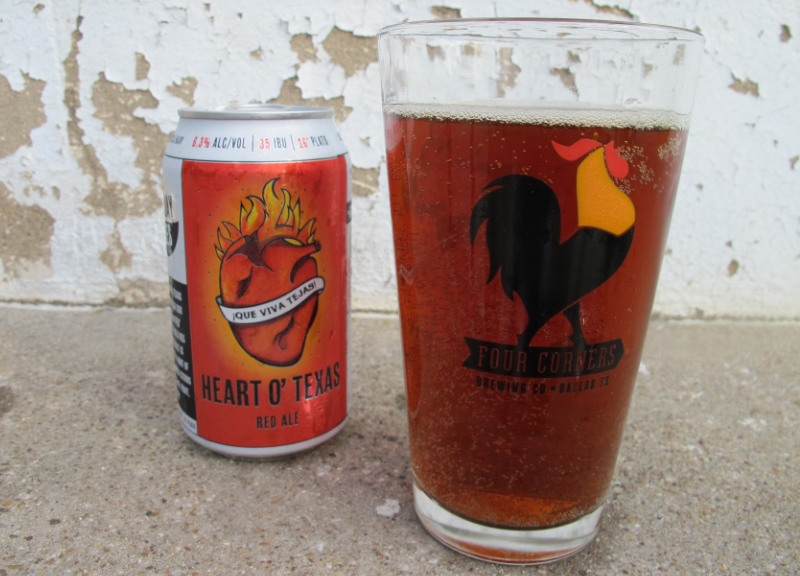 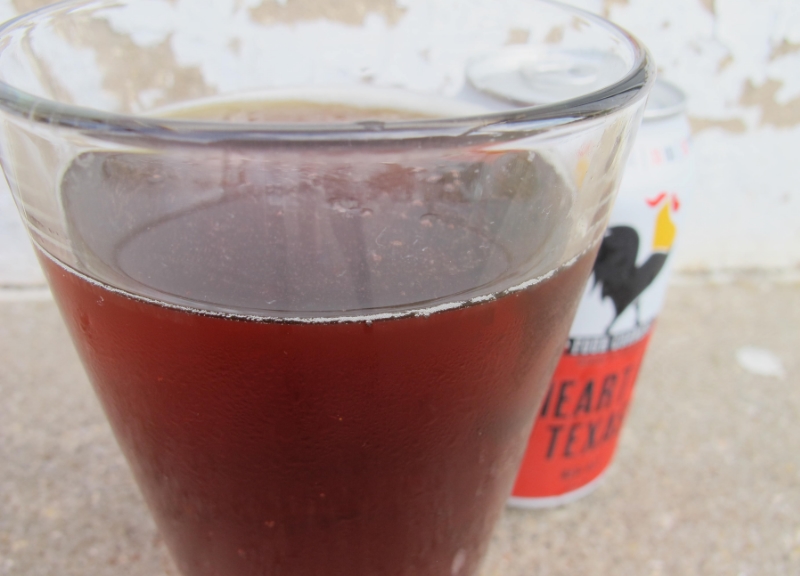 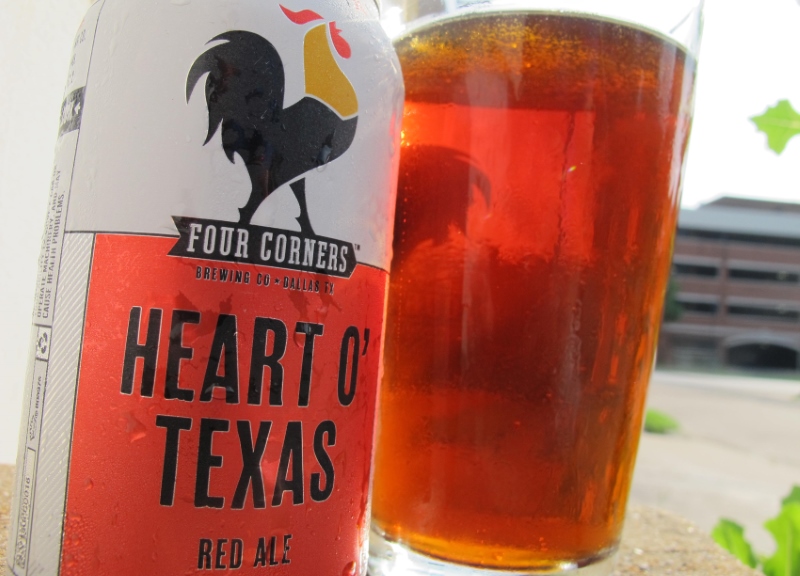