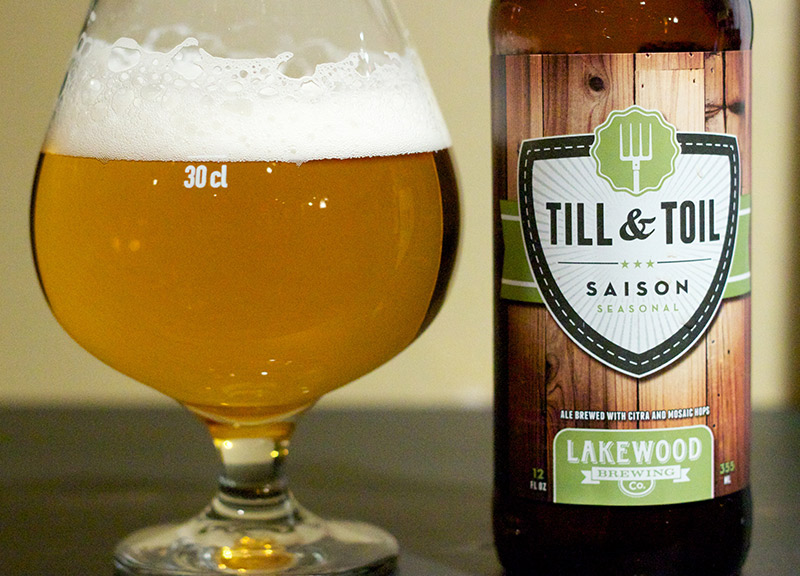 Lakewood's Till & Toil Is A Welcome Addition, But It's Hardly Perfect.

This week, we sipped on Lakewood Brewing Company's Till & Toil.

Overview.
With North Texas still in the throes of an unseasonably cold winter season, it seems as if Lakewood Brewing Company just might have picked the perfect time to release its spring seasonal Saison, Till & Toil.

Of course, as I write this it's still below 50 degrees outside, and I still find myself reaching for my toasty SmartWool socks more times than this transplanted New Englander would like to admit. But, listen: The beginning of spring craft beer season is a surefire sign that these frigid North Texas days are quickly coming to an end.

Hopefully, the release of Lakewood's spring brew will gently remind the weather gods that March in Texas is a time to seek out your favorite patio — where you can enjoy beers like Till & Toil with some friends instead of wasting your time remembering where you last stashed your favorite scarf.

So, in advance of a pending spring, we'll take a look here at a local brew you'll likely be spending a little time with.

Background on Saisons.
If you're new to Saisons, you can think of them as a hybrid between a Wheat Beer and a Belgian-style ale. They're frequently pale in color, often cloudy or unfiltered, and retain many of the characteristics of the yeast strain used to ferment the beer. They can often be described as being “spicy.”

Specifically, though, Saisons should have a relatively strong fruity aroma, with low to moderate hops that can also include spicy and floral aromas. Fruit aromas in this style are often of the citrus variety, and spice tends to manifest itself in this style as a pepper-like scent rather than the clove characteristic that can often be found in other closely related styles such as Weizens and Wits.

Saisons typically pour a pale orange, pale gold or even amber with a long lasting and dense white head. It also boasts what can be described as poor to good levels of clarity.

Expect a light- to medium-bodied beer with flavors of fruit, spice, pepper, some tart sourness, a little bit of malt character, low to moderate hop flavor, moderate hop bitterness and a dry finish. If any spices were added during the brewing process, they should not be overpowering.

Above all, however, it should be a refreshing beer.

Appearance.
Till & Toil pours brilliantly clear gold with a thick white head and very large bubbles. As the head fades, it laces nicely to the sides of the glass. I think the head recedes a bit too quickly for the style, though.

Aroma.
There's almost a sweet, subtle citrus (lemon and lime) aroma up front here, with a bit of citrus hop aroma from the Mosaic and Citra hops used in the recipe. There's a bit of a spicy black pepper note, too, but it's faint.

Flavor.
Till & Toil is, without a doubt, a refreshing beer. There's a lot of crisp carbonation up front, with some fairly strong bitterness from the hops. Mosaic and Citra are two hop varieties that can be categorized as high alpha acid hops, which means that, at a high level, the higher the alpha acid percentage in the hop variety, the higher bittering potential that particular variety possesses. For a style that's not meant to be overly bitter, it's an interesting choice. And while the IBUs (21) are right in line with style guidelines, I can't help but think that the bitterness could be toned down slightly, either through fewer hop additions or a recipe reformulation that dials up other components to bring more balance. After the hop bitterness, there's a very slight presence of fruity esters — almost a yeast-like quality that Hefeweizen drinkers may find familiar.

Mouthfeel.
This beer is crisp and dry with a light body. It's perfect for when you want something a little more refreshing.

Overall Impression.
As a Saison, Lakewood's Till & Toil has some issues. Frankly, it isn't really what I would expect of a Saison.

First of all, it's just a bit too clear. I expect my Saisons to be a bit funky and cloudy — not something that could be confused for a Blonde.

Second, it's too hop-forward. I should be getting more citrus and spice flavors with a bit of malt and some balanced hops for depth. Here, I get strong hops up front and esters on the back-end, with very little else.

In my opinion, this beer is more a Belgian Blonde than a Saison.

But, while this beer certainly has its issues, Till & Toil is far from a terrible beer. If you don’'t mind bitter — and you're looking for an option that's crisp and refreshing, with a bit of flavor depth — it'd be hard to go wrong with this choice.

Still, if I were to find myself hankering for a Saison, this wouldn't be my first choice. 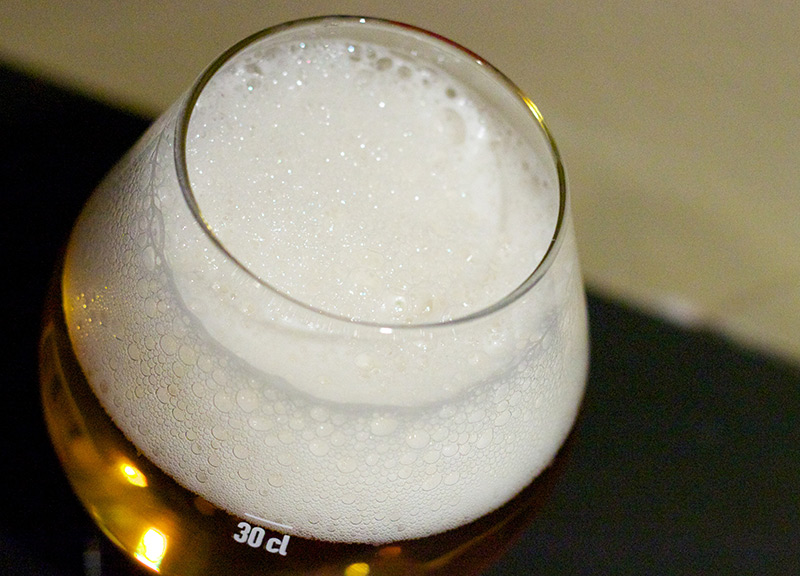 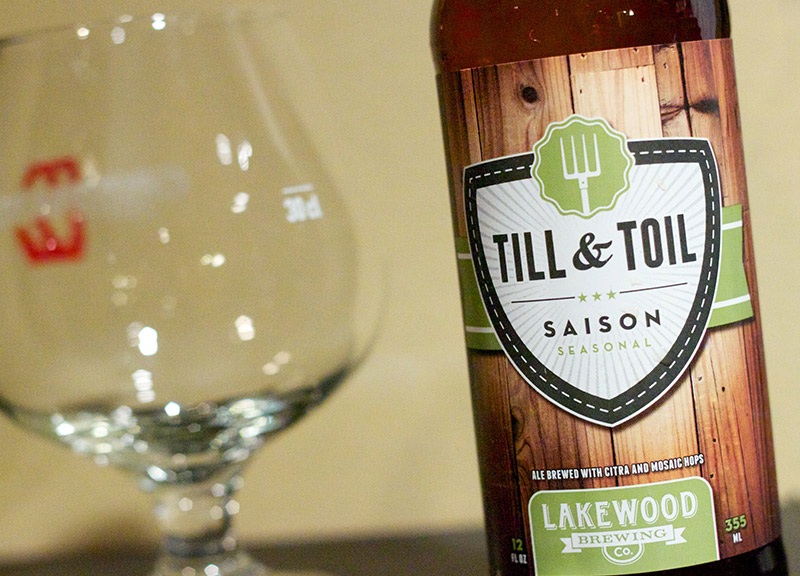