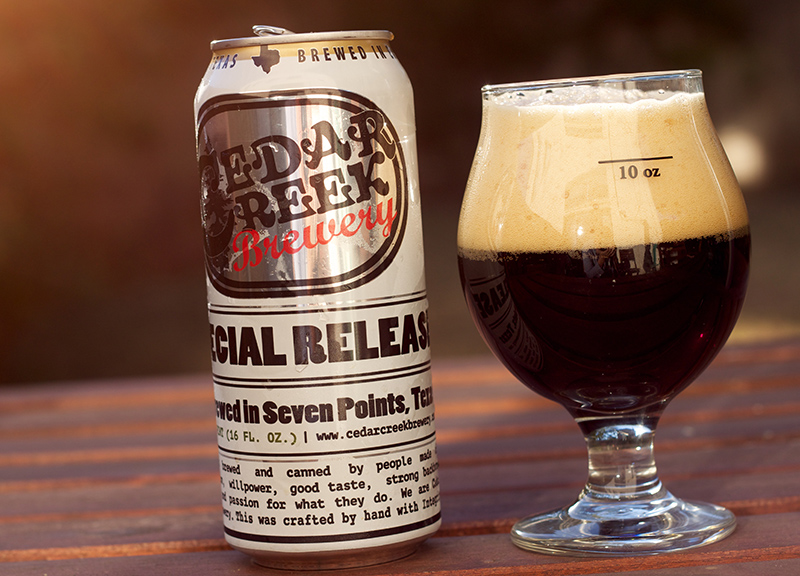 Cedar Creek's Spinning Mule Robust Porter Kicks Ass. But Is It Better Than Its Competition?

Overview.
Cedar Creek's Spinning Mule Robust Porter is a seasonal release from the Seven Points area brewery. It's part of Cedar Creek's “Special Release” series (see also: Cedar Creek's Belgian Dubbel), which means it can be found in boxed, four-packs of 16-ounce cans and on draught at local beer-centric establishments. This beer starts as a Robust Porter, but the brewer also added cacao nibs and coffee from Buna Bean Coffee in Ennis, Texas.

Background on Robust Porters.
For an overview on robust porters, be sure to read this review of Four Corners' Block Party Porter.

Appearance.
Spinning Mule pours dark brown — almost black, actually — with an exceptionally thick, tan colored head. As it fades, it laces nicely against the glass. The beer seems to also be quite clear.

Aroma.
The wonderful aroma of this beer reminds me why the Porter style can be so enjoyable. Here, you'll find light to medium levels of roasted grains, slight chocolate notes, some earthy mulch tones and a few hints of coffee. In the very back, you may also identify faint floral hops.

Flavor.
Pronounced bitterness upfront is followed here by more roasted grain and heavier dark chocolate flavors than what the aroma might indicate. There's a well-rounded malt sweetness, too, which acts as the perfect counterbalance to the elevated bitterness that the hops and roasted malt profile impart on the finished beer. Interestingly, the coffee presence is basically nonexistent, which I'd say it likely due to the fact that the potential flavors imparted by the addition of coffee create flavors are most just complementary to the flavors that are already associated with this style of beer.

Mouthfeel.
Spinning Mule Robust Porter has a medium mouthfeel with adequate levels of carbonation for the style. Most notable is its thirst-quenching, dry finish.

Overall Impression.
I should admit here that Robust Porters are among my favorite styles of beer at the moment. For the most part, they're simple brews that pack quite a bit of flavor, but without knocking you over the head with high ABV or IBU counts.

Cedar Creek's take on the style certainly benefits from the addition of cacao nibs as it adds some nice, rounded, complementary depth to the base style. However, I'm not entirely sure that the beer gains anything from the addition of the coffee beans. Perhaps that's by design — but, if not, that element may need to be dialed up slightly.

It's hard to find much fault in this beer, really. Still, in my opinion, Four Corners' Block Party still rates a little higher. As this beer warms — and as you get towards the end of your glass — an elevated sweetness starts to develop on the finish. Though minor, that's what keeps This brew from surpassing that other, West Dallas-brewed mainstay.

Score.
On a scale of 1 to 10, I'll give Cedar Creek's Spinning Mule Robust Porter an 8. 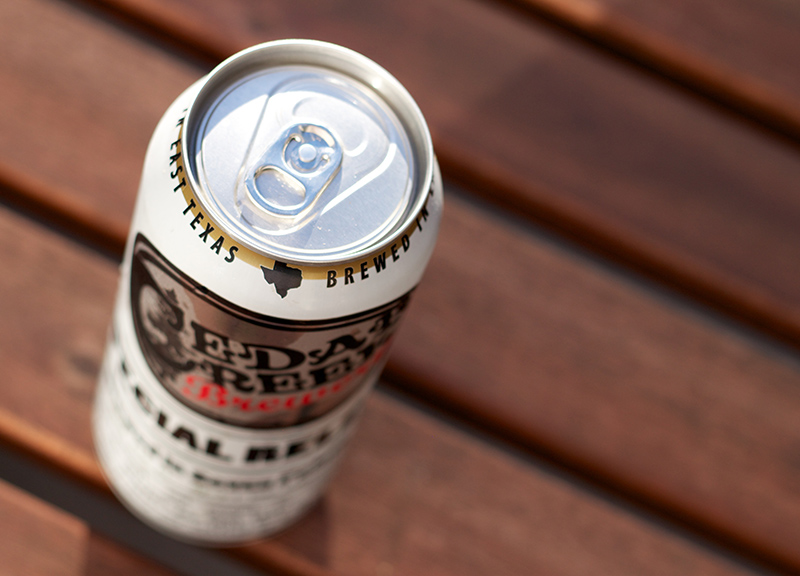 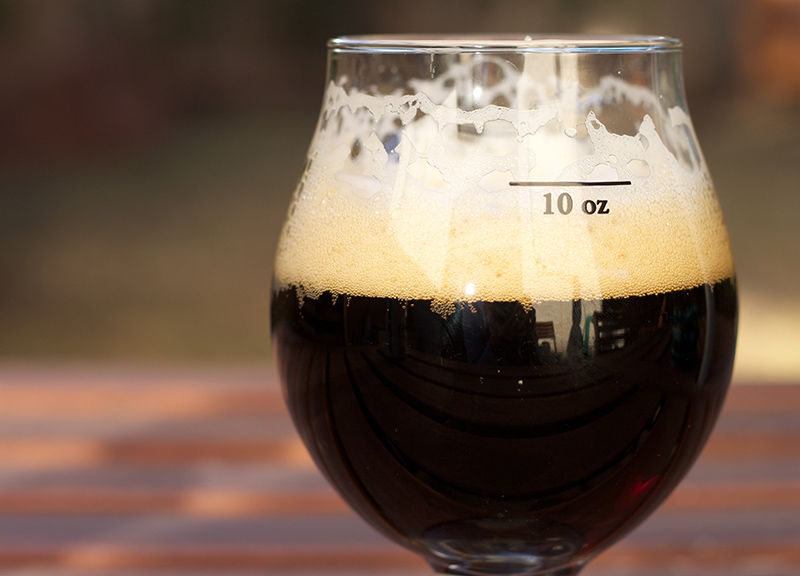 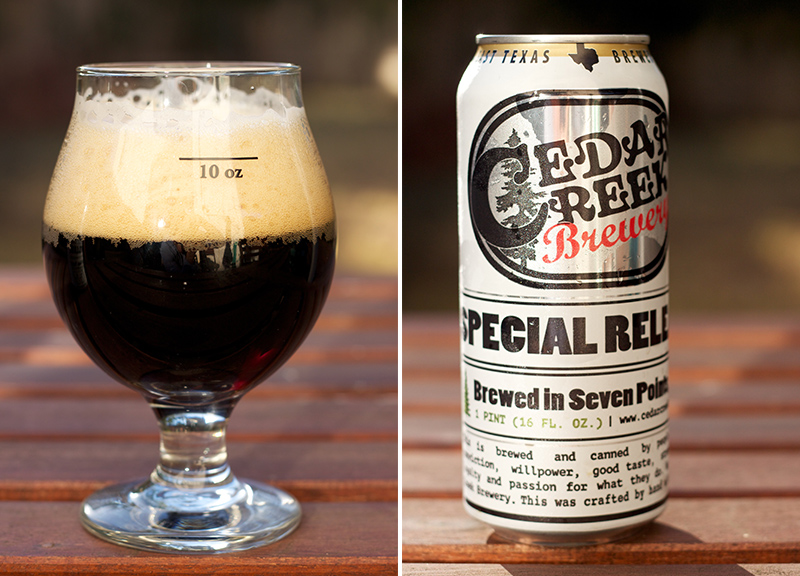 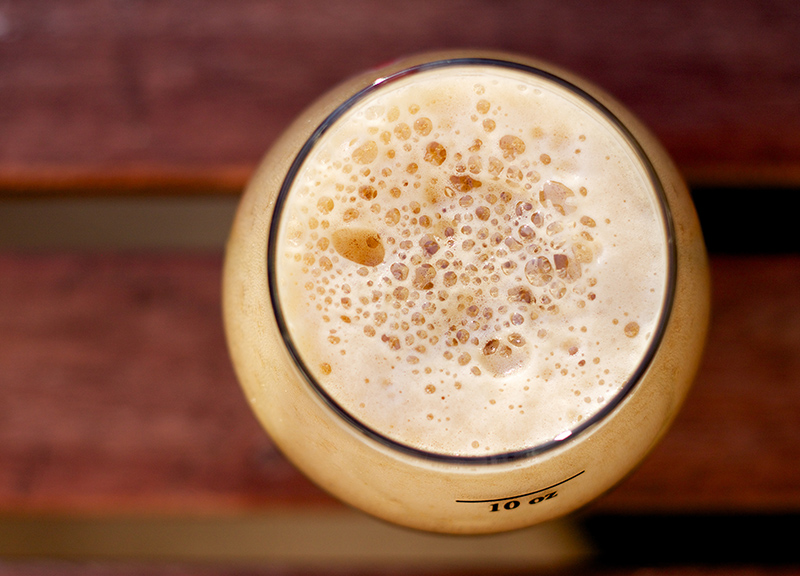 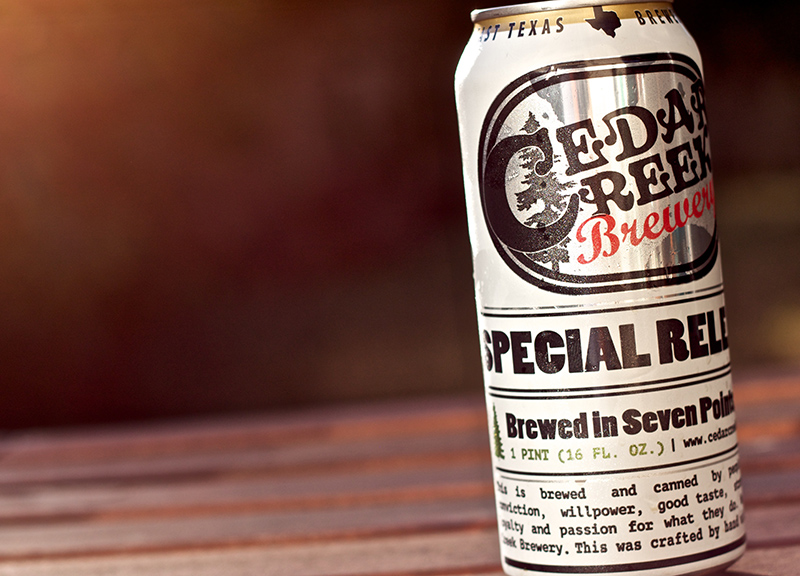 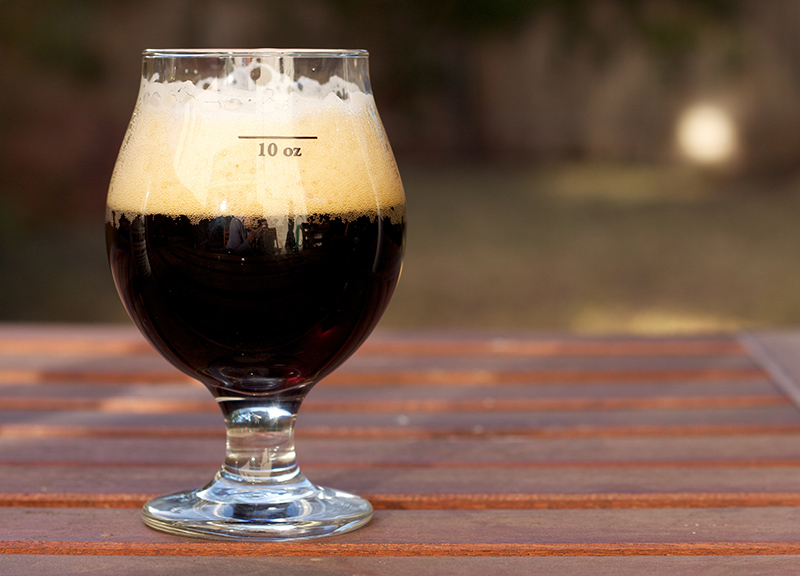