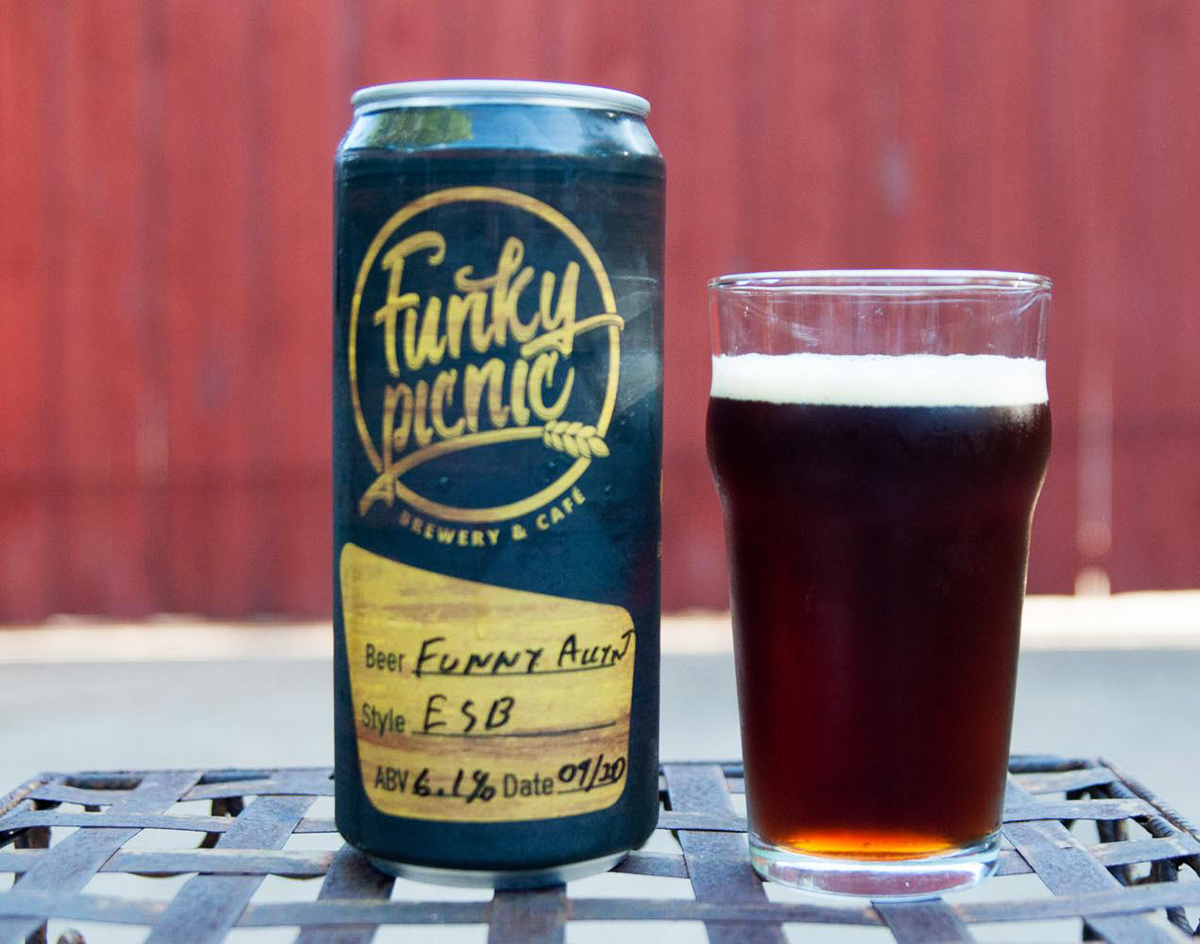 There’s Nothing Funky About The Taste Of Funky Picnic Brewery & Café’s Funny Accent. In Fact, It’s Perfect For Literally Any Picnic Food.

This week we sipped on Funny Accent from Funky Picnic Brewery & Café.

Overview
Funky Picnic Brewery & Café opened just over two months ago in the Near Southside neighborhood of Fort Worth. The multi-service brewery is quickly becoming something of a beer hub for the west side of DFW, which now boasts four breweries within walking distance of each other (Rahr & Sons, Hopfusion, The Collective Brewing Project and Funky Picnic) and that is not even counting the beer bars and growler stations nearby.

The beer menu was a study in variety with several well-done brews straight from the pages of the Beer Judge Certification Program Style Guide, mixed with a few funky but trendy takes on standard styles (looking at you, Two Peanut Butters, One Cup). There was a definite lean toward beer that would fare well in the Texas heat – styles like Kölsch, Mexican lager, Berliner Weisse and Witbier – which I expect will probably give way to darker, heavier brews as the calendar advances.

Funny Accent, labeled an ESB (shorthand for Extra Special Bitter) on the menu, caught my attention right off. While I wouldn’t call it a rare style to see on a tap board, it isn’t necessarily common, either. It just isn’t a fantastically popular style these days, although I think that is the product of being misunderstood by much of the craft beer crowd. I was already halfway to ordering one when I queried one of the owners for a recommendation and he suggested it. 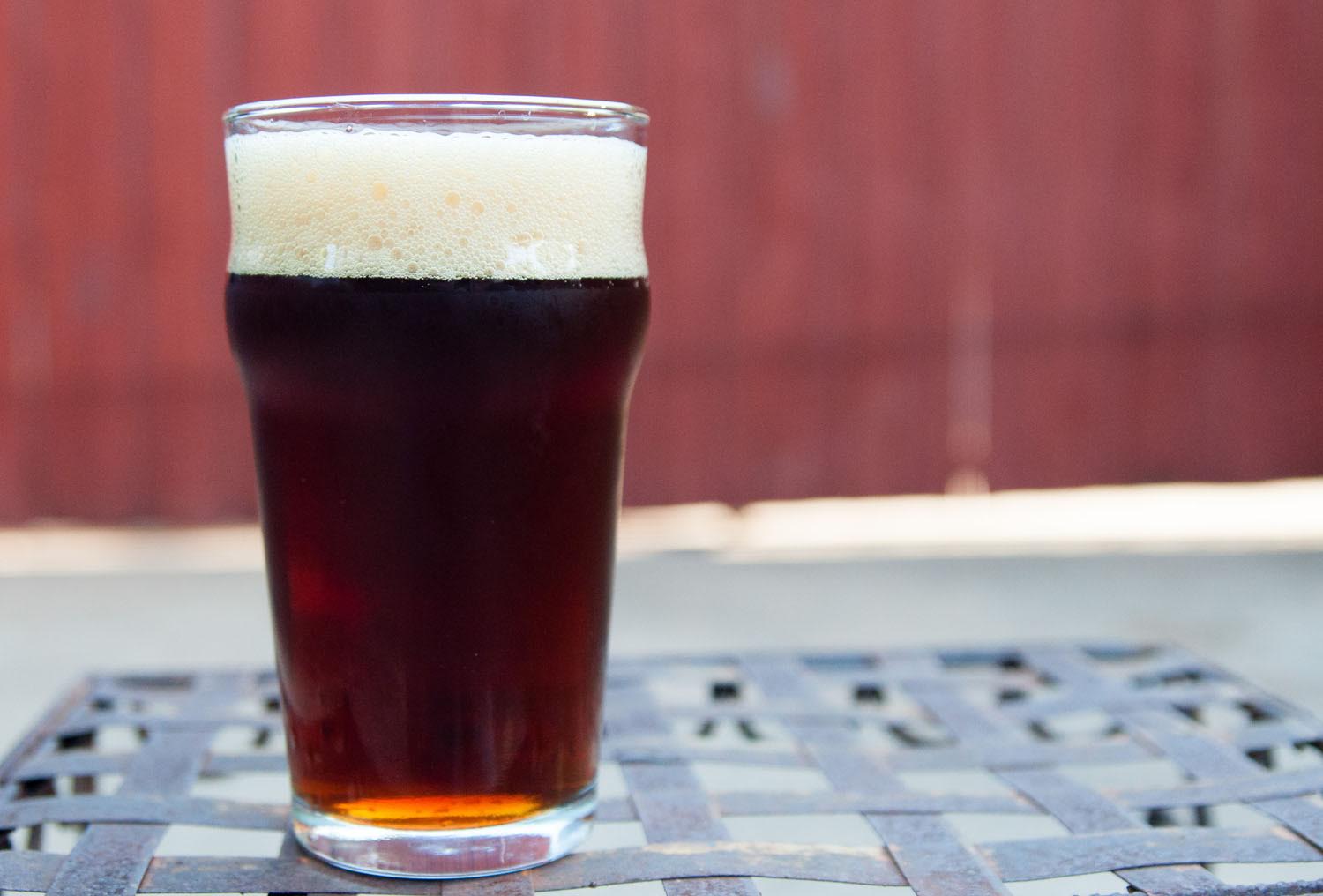 Background on Strong Bitter
ESB is of English origin and is no longer really considered a style in its own right. In fact, in England, ESB is a registered trademark of Fuller, Smith & Turner P.L.C., a London brewery, and refers to a very specific beer that somewhat defies categorization. In the US, no such protection exists, and brewers are free to use the designation as they see fit.

The BJCP would categorize this beer as a Strong Bitter, a sub-style of British Bitter. A beer in this style is characterized as being of average to moderately high strength with a fairly even balance between malt and hops, but can skew slightly to the bitter end of the scale. A key element of the style is drinkability.

Appearance
Funny Accent pours a delicious garnet color enhanced by striking clarity, topped with a full stand of light-tan foam. When I had it at the brewery the first time, the head proved quite resilient, lasting some time. The same beer, poured from a crowler at home just five days later, produced less foam that quickly receded down to a glassy-smooth surface without a hint of bubbles. There was no lacing to speak of in either case. Having seen this beer in the taproom though, I can’t hold the crowler experience against it, as the former was a work of art straight from the tap. 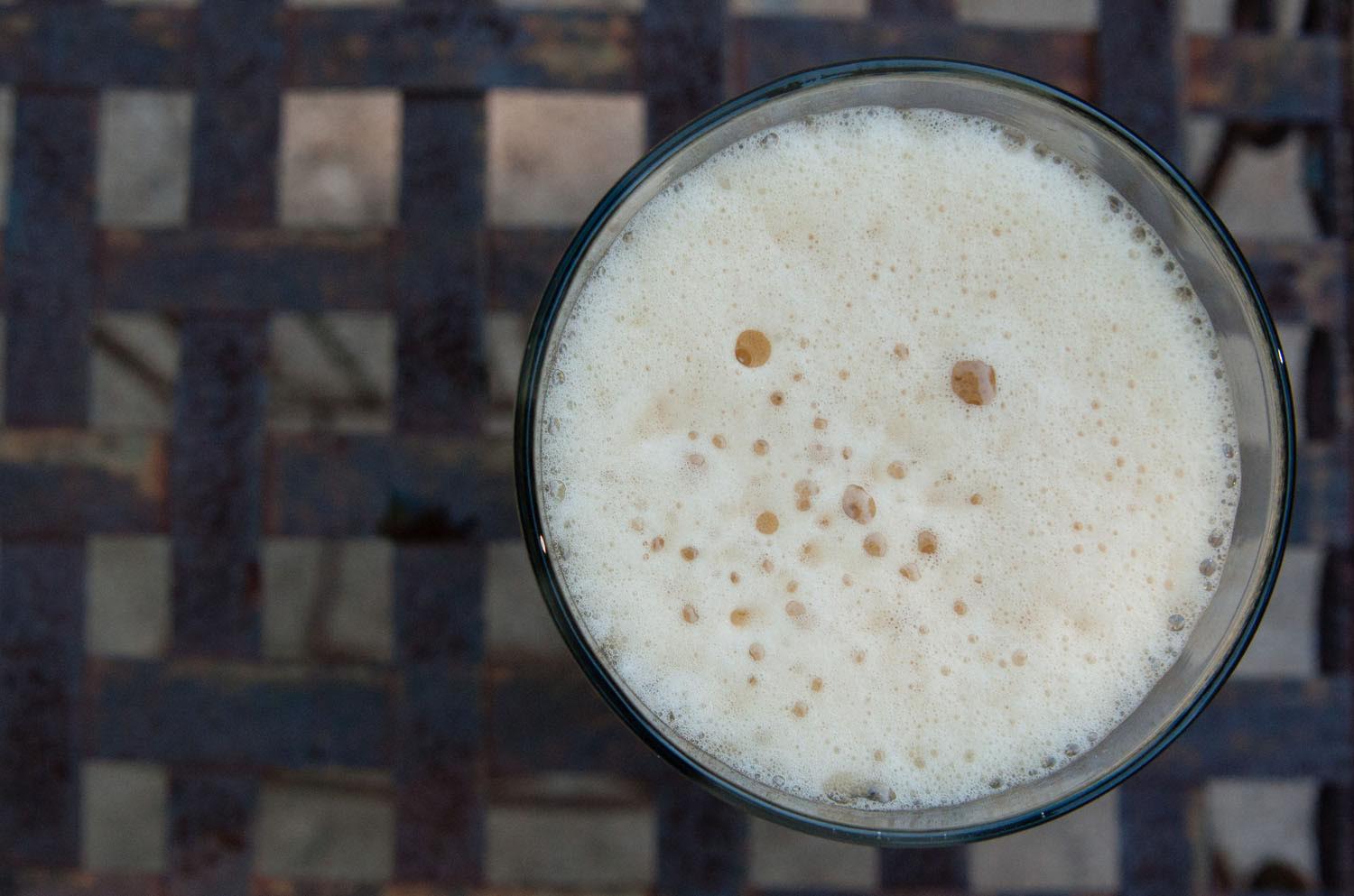 Aroma
This beer presents to the nose as neat and almost mild. Dark fruit — specifically plums and raisin — are readily showcased for me, but in a gentle way, almost as though it is being careful not to offend me. Toast and caramel scents from the malted barley play a supporting role.

Flavor
Malt is the star of the show here with the caramel coming to the front, accompanied by highlights of bread crust, toast and biscuit. This finish swings back to the dark fruit again but it’s dry, as though someone dared to make plum preserves without any sugar and smeared it over the toasted heel from a loaf of white bread.

Mouthfeel
Funny Accent is medium-full and smooth going down. It is round and soft, with a slight bite from the carbonation. The finish is dry, of medium length and brings a mildly pronounced bitterness that has been the only real indication of hops throughout this experience.

Pairing
This beer is decidedly English and as such will pair brilliantly with any traditional English fare. Fish and chips (chips are what the English call french fries) would be amazing with this, especially if the fish is prepared with a beer batter using this brew. I’d also suggest bangers and mash (sausages with mash potatoes for those that don’t speak the Queen’s English) with an onion gravy, again using the beer as an ingredient for the gravy. It would also be a great table companion with a ploughman’s lunch, a cold meal consisting of bread, cheese and onions, accompanied by butter and pickles. If going this route, try to find a good-aged English cheddar for the cheese, the older the better. If you aren’t feeling English, feel free to order this with any gourmet burger you like, street taco or steak. Put simply, this is a beer that loves food.

Overall Impression
I don’t like this beer – I love this beer! Drinkability is called out specifically by the BJCP as a requirement, and this beer has it in spades. It isn’t quite light enough in ABV to be an all-day beer, but it’s good for an evening sip. All the flavors work in concert but aren’t so big as to overwhelm your palate. I would like to have a bit of hop aroma to compliment the work already done by the malt and yeast.

While you don’t see this style a lot, we have still been blessed with some great examples in North Texas. Peticolas Royal Scandal and Community Public Ale come immediately to mind and both have won multiple awards in national competitions. While I wanted Funny Accent to be great, I feared it would suffer in comparison to these local legends. I need not have worried.