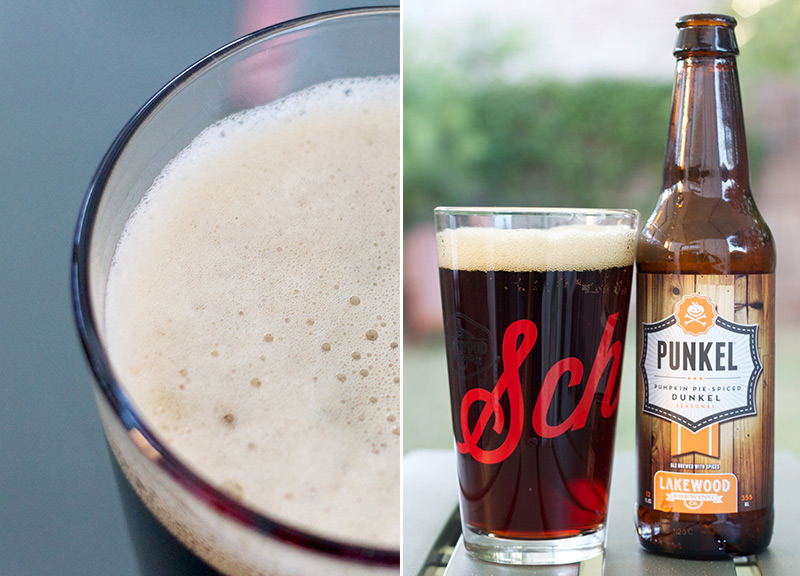 Even In The Suddenly Crowded Pumpkin Beer Market, Lakewood's Punkel Stands Out.

This week, we sipped on Lakewood Brewing Company's Punkel.

Overview.
If there's a style category that's caused more drama in the craft beer community in 2013 than pumpkin beers, I don't know about it. But with the demand across the country for pumpkin- and spice-flavored beers rising in recent years (I remember seeing the local Whole Foods sell out of four-packs of Dogfish Head's Punkin within a week or two just two years ago), many brewers had to start the production process much earlier this year.

That didn't sit well with consumers, who complained about early arrival of pumpkin beers much in the same way one would gripe about Christmas decorations popping up around the neighborhood by September. It also didn't sit well with beer fans, who questioned the quality of the ingredients used in pumpkin beers produced well outside of pumpkin season.

But alas, here we are.

All that said, Lakewood's Punkel was released on a much more reasonable date than most offerings (August 29), and it doesn't actually use pumpkin in the beer, which can lay to rest any concerns with ingredient quality. But while the release date is certainly more in line with when a pumpkin beer probably should be released, we still question the move of putting out this regional release even this early in an area that sees 90-degree temperatures well into October.

I don't know about you, but I don't care to be drinking pumpkin beers when it's still hot and sweaty outside.

But now it's early October, the football season is in full swing, Big Tex is back and we've faced at least one cold front to date. So it felt like a good time to give Punkel a swig.

Background on Herb/Spice/Vegetable Beers.
Pumpkin beers (and other herb, spice and vegetable beers) are a bit difficult to rate objectively. Every brewer has his or her own recipe and objective for the beer, and while that's true of any concoction, there's usually a pretty well-defined style guideline that one can use for a comparison point.

Here, the rules are fairly loose. You're basically looking for balance in a way that showcases the herb, spice or vegetable of choice. Doing that involves the brewer picking a good base beer (like a stout or a wheat) that complements the spice or vegetable addition. At the end of the day, you should really know that you're drinking a vegetable, spice or herb beer. But the degree to which you know that is completely up to the brewer.

Appearance.
Punkel pours a dark, reddish brown. And you can just barely see through to the other side of the glass once it's poured. It has a beautiful foamy, tan to slightly brown head, too, which quickly recedes into the glass with minimal lacing.

Aroma.
Immediately, you're hit with a delicious and layered pumpkin spice aroma upon opening this beer. Brown sugar, pumpkin, cinnamon, nutmeg and some slight vegetable undertones. Basically, it's like fall in a glass.

Flavor.
Punkel tastes exactly as it smells. Unlike some pumpkin beers, which can either have too much pumpkin flavor or be cloyingly sweet, Punkel has great balance. The pumpkin flavor, while present, is subtle. The brown sugar and spice flavors are much more defined. To achieve this, Lakewood chose to use a German Dunkel (essentially a dark lager) as the base beer for Punkel, and that was certainly a good decision. Dunkels are mostly smooth, malty lagers, and these flavors essentially provide the beer with a blank canvas upon which it can showcase its spices. The maltiness of the Dunkel brings a nice level of sweetness to the beer, which further accentuates the “pumpkin pie in a glass” concept the brewery's aiming for here. Finally, there's a subtle bitterness around the edges, which brings nice balance to the beer and helps keep it from getting bogged down in rich, sweet flavors.

Mouthfeel.
No issues here. Punkel is a medium-bodied beer with adequate levels of carbonation.

Overall Impression.
Lakewood's Punkel is a delicious local entrant into the burgeoning pumpkin beer category. Full-flavored but not overbearing, you could easily drink several in a single session before feeling the need to move on to something with a different flavor profile. Assuming it stays in market long enough, this would be a fantastic beer to enjoy when the weather gets a bit cooler. 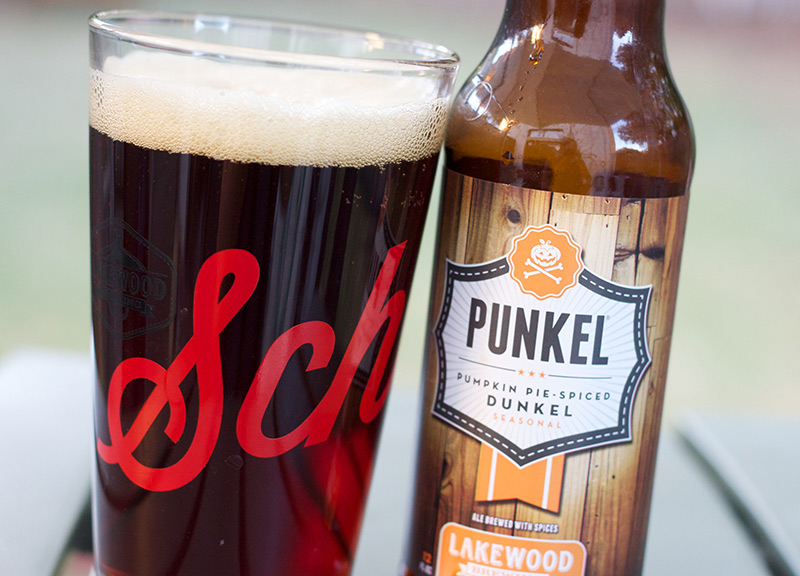 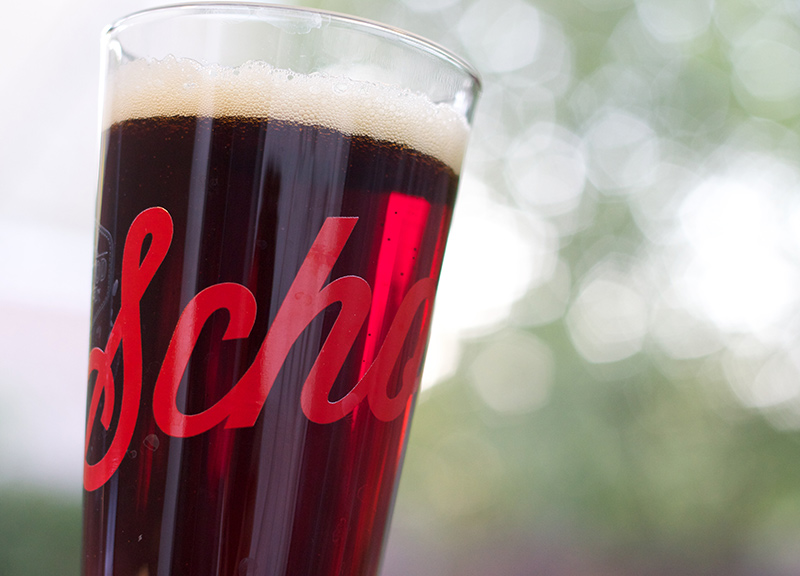 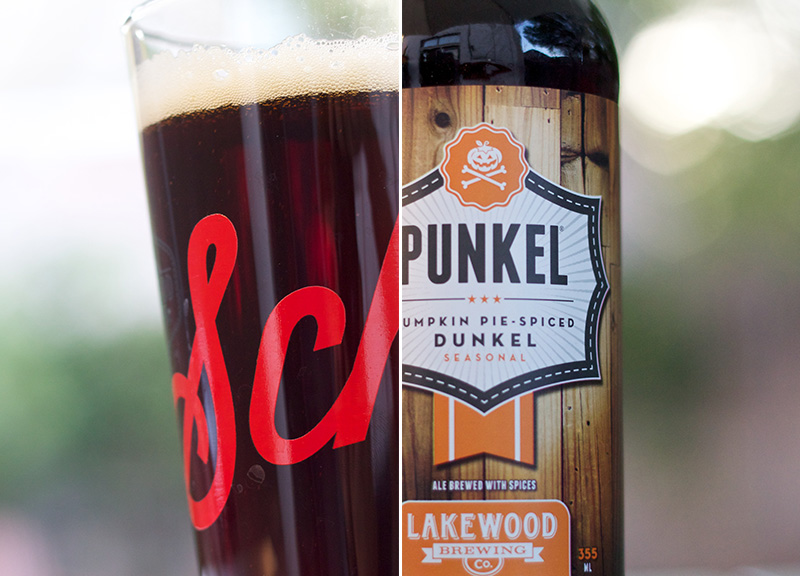 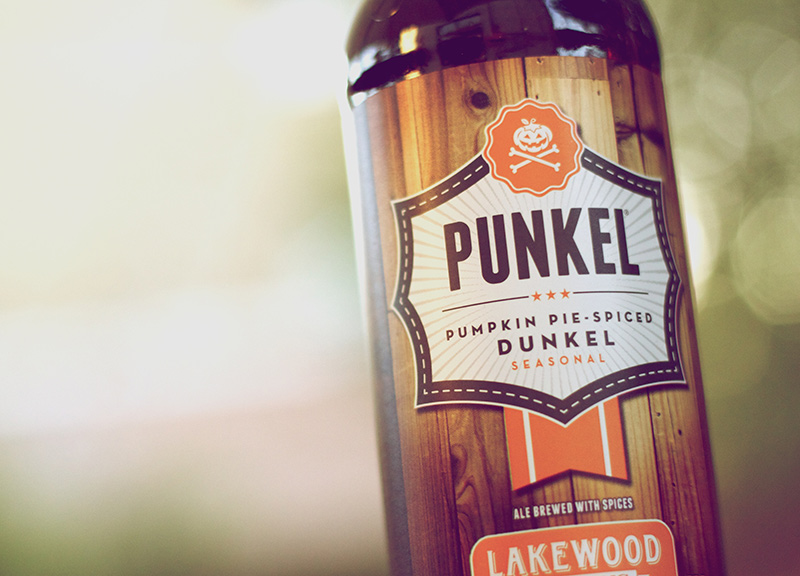