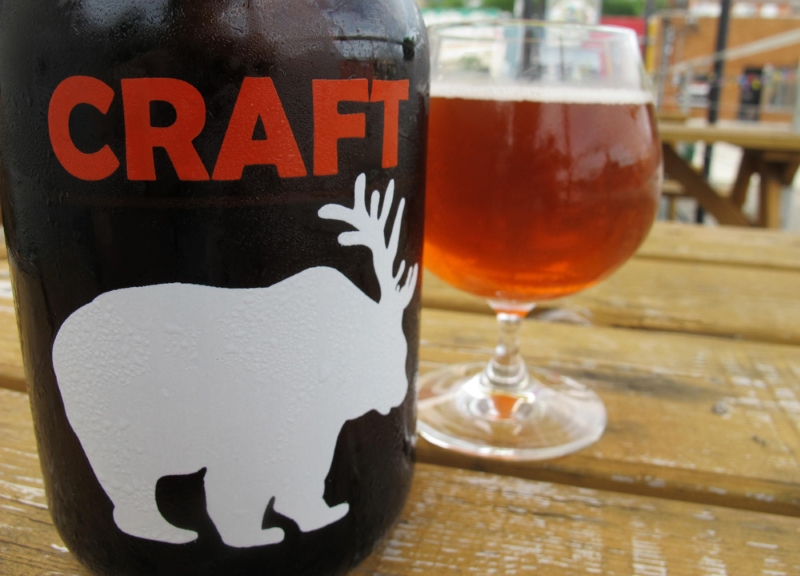 Overview.
Prior to the invention of refrigeration, it was nearly impossible to brew beer during the hot summer months due to the risk of infection. So Bavarian brewers resorted to a simple but effective strategy that ensured a drinkable beer supply for the summer: They came up with “March” beer — also known as Märzenbier and Oktoberfestbier — that they brewed during the fall, then casked and kept in cold storage, either in cool cellars and mountain caves, some of which they filled with ice from the previous winter. When the beer emerged from its resting place, it was delicious, full-bodied, rich and toasty.

Bitter Sisters owner and brewmaster Matt Ehinger smartly noticed that the Märzen is an underrepresented style in North Texas and released it as part of his brewery's initial lineup. Having just opened earlier this spring, the family-owned Bitter Sisters Brewing Company has a unique aspect compared to other DFW breweries: Its goal is for 50 percent of production to be lager-style beers, meaning beers that are brewed at cooler temperatures and for longer periods of time.

Today, we see if Bitter Sisters Hissy Fit pays proper homage to this early Bavarian style and if it can become a tried-and-true local favorite in the process.

Background on Märzen.
According to BJCP Guidelines, a traditional Märzen/Oktoberfestbier should appear light reddish amber to copper in color and boast a light to moderate toasted malt aroma. The flavor should be of a soft malt complexity up front with a firm hop bitterness providing balanced at the finish. Some toasted characters from the use of Vienna malts are also present in the style, which should feature a medium-light to medium body with gentle creaminess.

Appearance.
Hissy Fit serves a clear amber color with a thin, one-finger white head. There is a decent level of retention on that foam, which slowly fades, leaving a thin level of lacing on the sides of the glass.

Aroma.
This beer's aroma is light, opening with strong caramel and buttery toffee notes. Mixed with these aromas are bready smells with hints of toasted malt and some spice, as well as faint aromas of nutmeg and cinnamon in the distance.

Flavor.
Hissy Fit opens with a sweet caramel and lightly toasted malt flavor. As the flavor moves forward, some notes of lighter fruits and nuts come to the front of the palette. The sweet taste intensifies in caramel flavor and is complemented by some toffee. Spice flavors of some cinnamon and nutmeg come to the tongue more toward the end, and are joined by a lighter, hop taste of some citrus and herb, plus an increase in the roasted malt flavor. It leaves a pleasant and smooth, sweet and lightly-roasted flavor to linger on the tongue.

Mouthfeel.
The body of the beer is on the lighter side in terms of thickness and creaminess, with an average carbonation level. Both are fitting for the style, making for a nice easy-drinking but well-supported Märzen.

Overall Impression.
Bitter Sisters' Hissy Fit is a clean and crisp Märzen. It's extremely light and easy-drinking — but is it a beer our Bavarian ancestors would proudly share? I'm not convinced.

There doesn't seem to be anything particularly special about this beer other than the fact that it's a good representation of the Märzen/Oktoberfestbier style. When you weigh it against commercial examples from such breweries as Paulaner, Spaten or the McKinney-based Franconia Brewing, Hissy Fit does seem to be lacking in terms of richness and flavor. All notes of the beer are toned down.

It's a safe and reliable choice for an initial release, but it won't be the flagship beer for Bitter Sisters — not that it was ever intended to be. Still, with it's many positives, it's a mostly strong effort and a good fit for the brewery's initial release.

Here's looking forward to the rest of this promising young brewery's offerings. 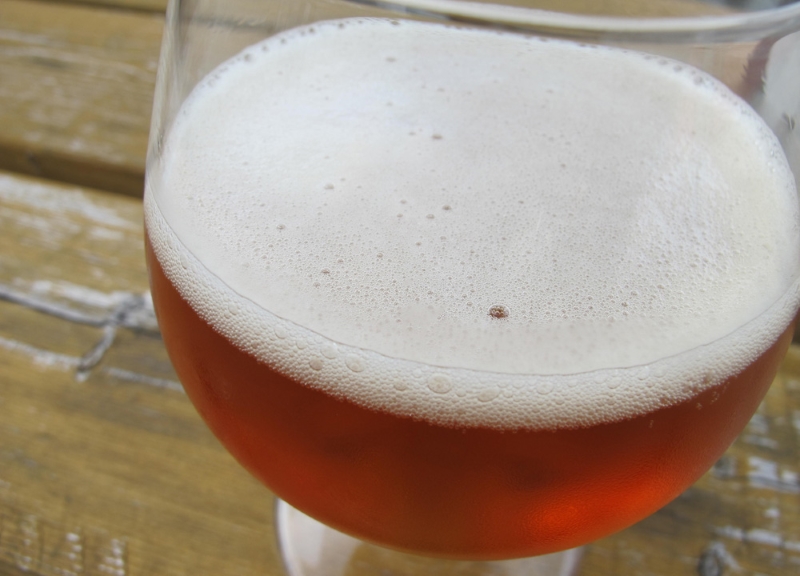 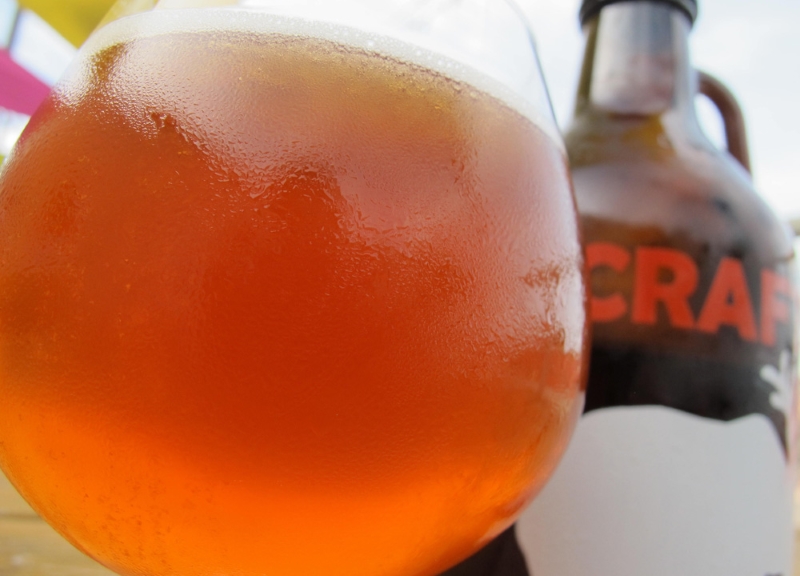 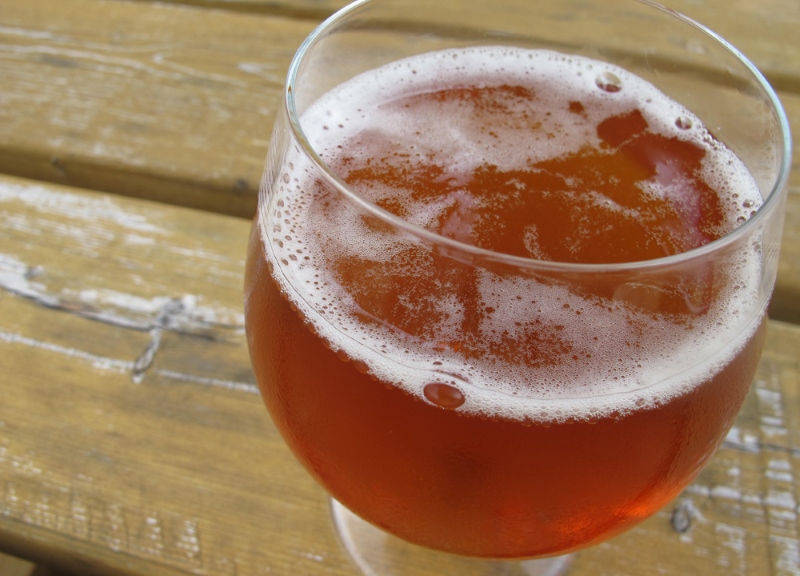 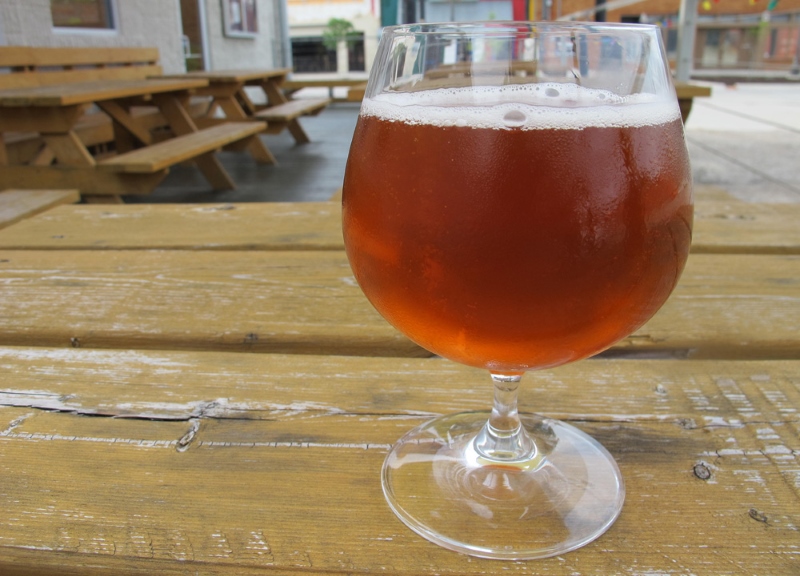 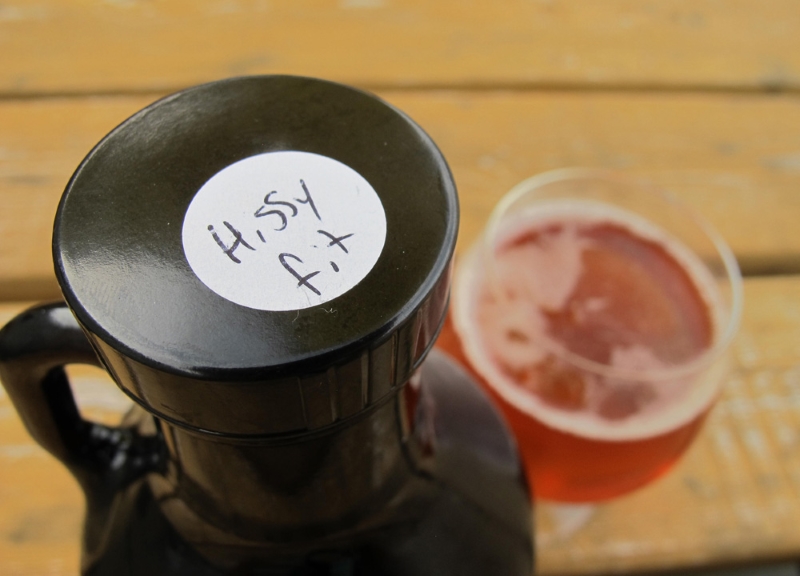