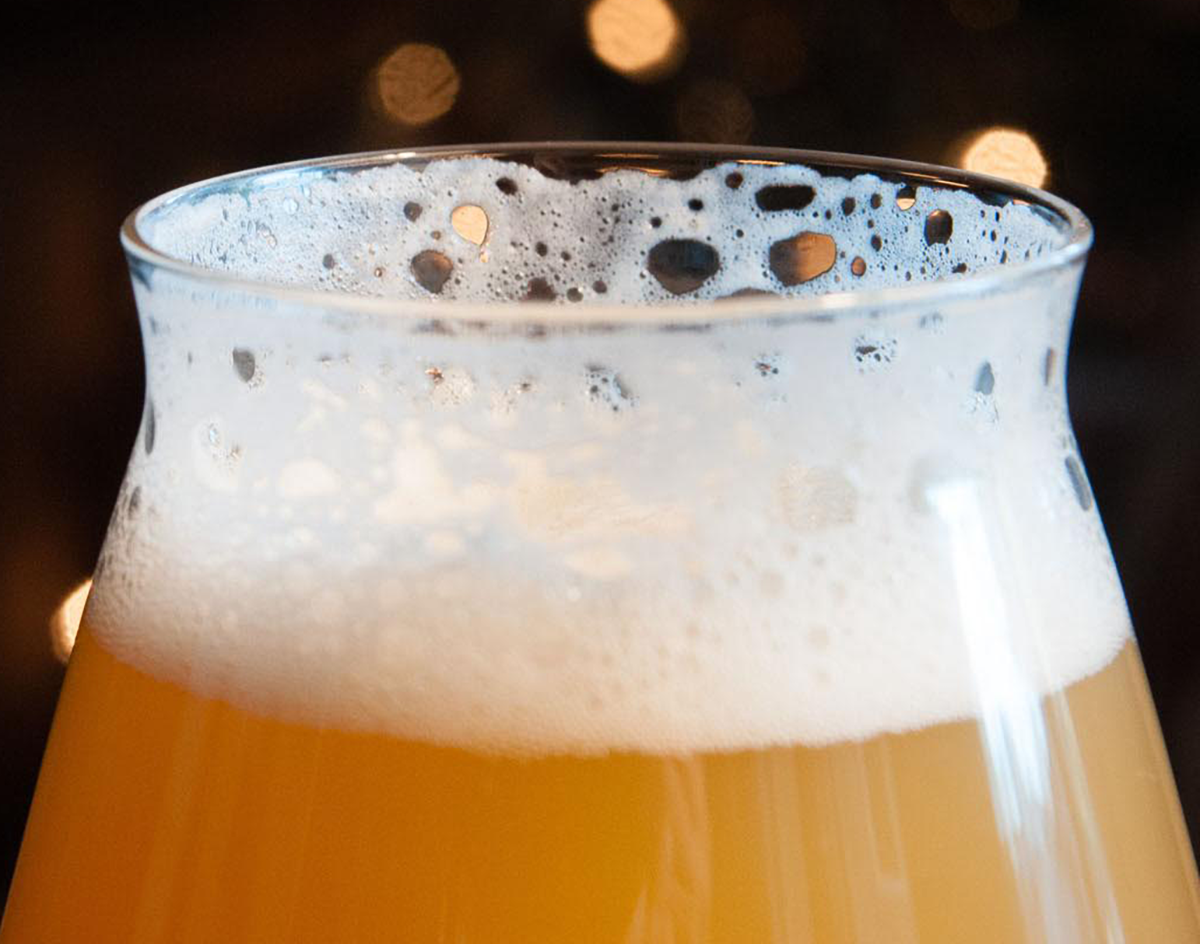 This New England IPA From TUPPS Is Rich In Flavor Reminiscent Of A Piña Colada, Making For A Complex, Tropical Escape To Warmer Summer Weather.

This week we sipped on DDH IPA Series 16 by TUPPS Brewery.

Overview
For most of the last decade, America’s brewers have been involved in the Hop Wars – an arms race to see who could maximize the bitterness in IPAs and Double IPAs through ever more creative use of humulus lupulus, better known to the beer drinking public as ‘hops.’ As we cross into a new decade, the constant escalation to higher IBUs has come to a halt and been replaced by the race to zero IBUs. While bitter IPAs aren’t dead, the style is definitely playing catch-up with its juicy brother – the New England IPA.

It has taken North Texas breweries a while to embrace the New England IPA style. As recently as two years ago it was tough to find a locally brewed version. Now, nearly every brewery in the area has given this style a go at least once, so TUPPS isn’t unique in offering a take on it. The brewery is, however, a bit unique in how it does it. The TUPPS team has created the DDH IPA Series, which changes the hop schedule for every new release while presumably maintaining the same grain bill, thus highlighting the characteristics of each new hop varietal used.

Background on New England IPA (NEIPA)
As the name suggests, New England IPA came out of the northeast region of the U.S. While no one really knows for sure who created the first NEIPA, most attribute the breakthrough to The Alchemist, a Vermont brewery famous for Heady Topper, which is widely considered one of the most influential beers of the last decade.

As styles go, it is relatively new, as it was only officially defined by the Beer Judge Certification Program and the Brewers Association in 2018. It should be noted that style guidelines exist for judging beer in competition and are in no way a hard and fast rule for how any particular beer is brewed. In fact, if brewers never colored outside the lines of the style guides, we wouldn’t get some of these fascinating new types of beer.

NEIPA is designed to showcase the aromas and flavors available in newer hop varietals being bred in the US, New Zealand and Australia. To emphasize the smell and taste in this beer style, brewers use the hops almost exclusively in the cold side of the brewing process – usually in fermentation – thus avoiding the bitterness hops imparts to traditional IPAs. For more background on the NEIPA, check out our review of Turning Point’s Silent Treatment. 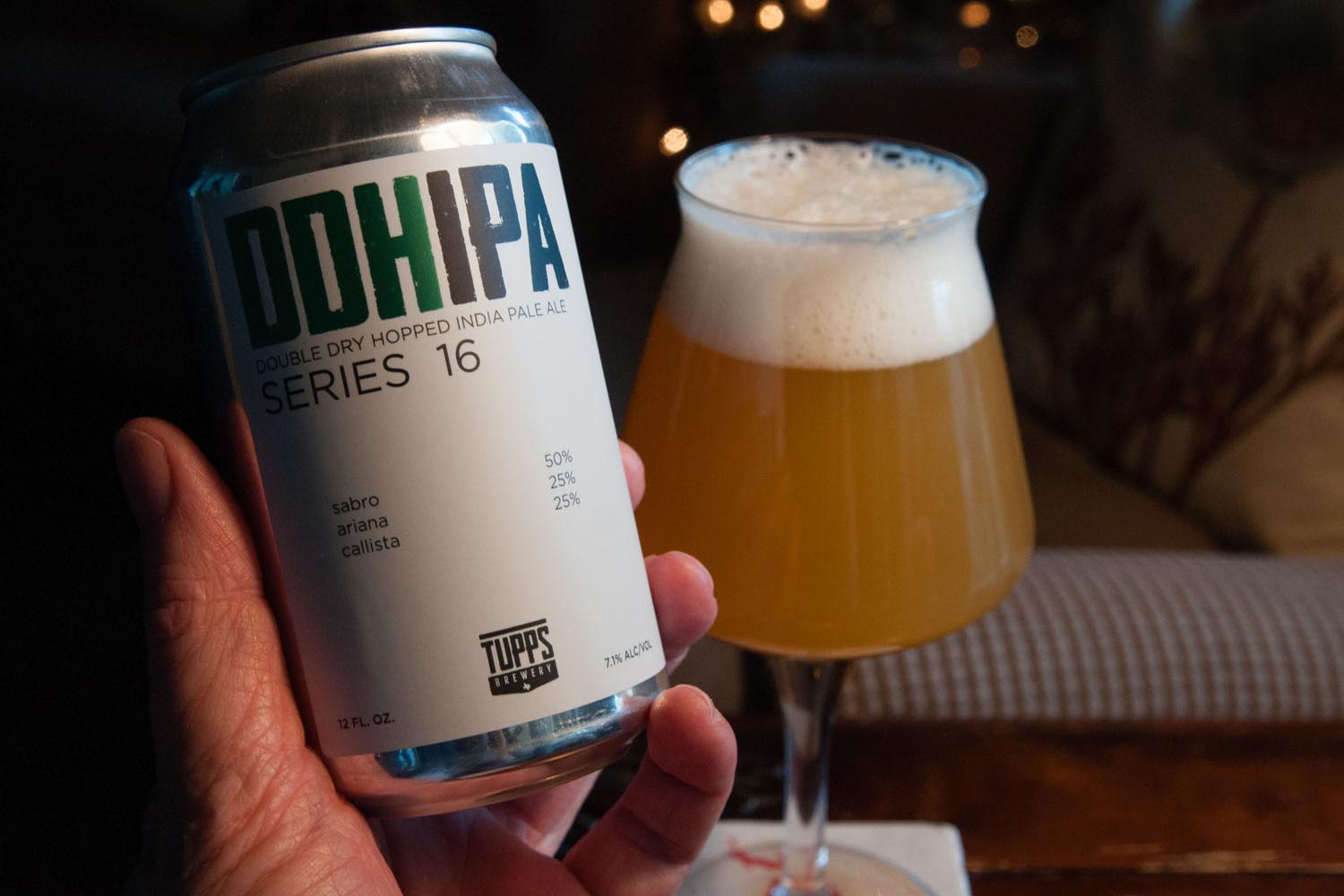 Appearance
TUPPS DDH IPA Series 16 pours a cloudy orange, trending toward a beige on the edges. It sports a well-formed, frothy, bright white head that clings to the glass, receding first from the middle in a concave fashion. The initial foam leaves a lovely bit of delicate lacing around the top of the glass.

Aroma
Tropical and complex were the first descriptors that came to mind after smelling this beer. DDH IPA Series 16 (known from now on as DDH S16 because the full name is a mouthful) has all the hallmarks of a NEIPA on the nose with lots of tropical and stone fruit notes. There is a real piña colada thing happening, back-stopped by nectarine, mango and peach. It carries me off to dreams of the beach where a cabana girl brings me a fruity cocktail to enjoy while I watch the sun set over the waves.

Flavor
Again, DDH S16 brings the tropics home by delivering on that piña colada promise in the aroma. While it lacks a lot of the coconut of the cocktail, there is a lot of pineapple here along with the other tropical notes mentioned above. This is probably the place to mention that our sense of flavor is more heavily tied to what we smell than what we taste. The NEIPA as a style plays off this to maximum effect, which is why the aroma and flavor are so similar. 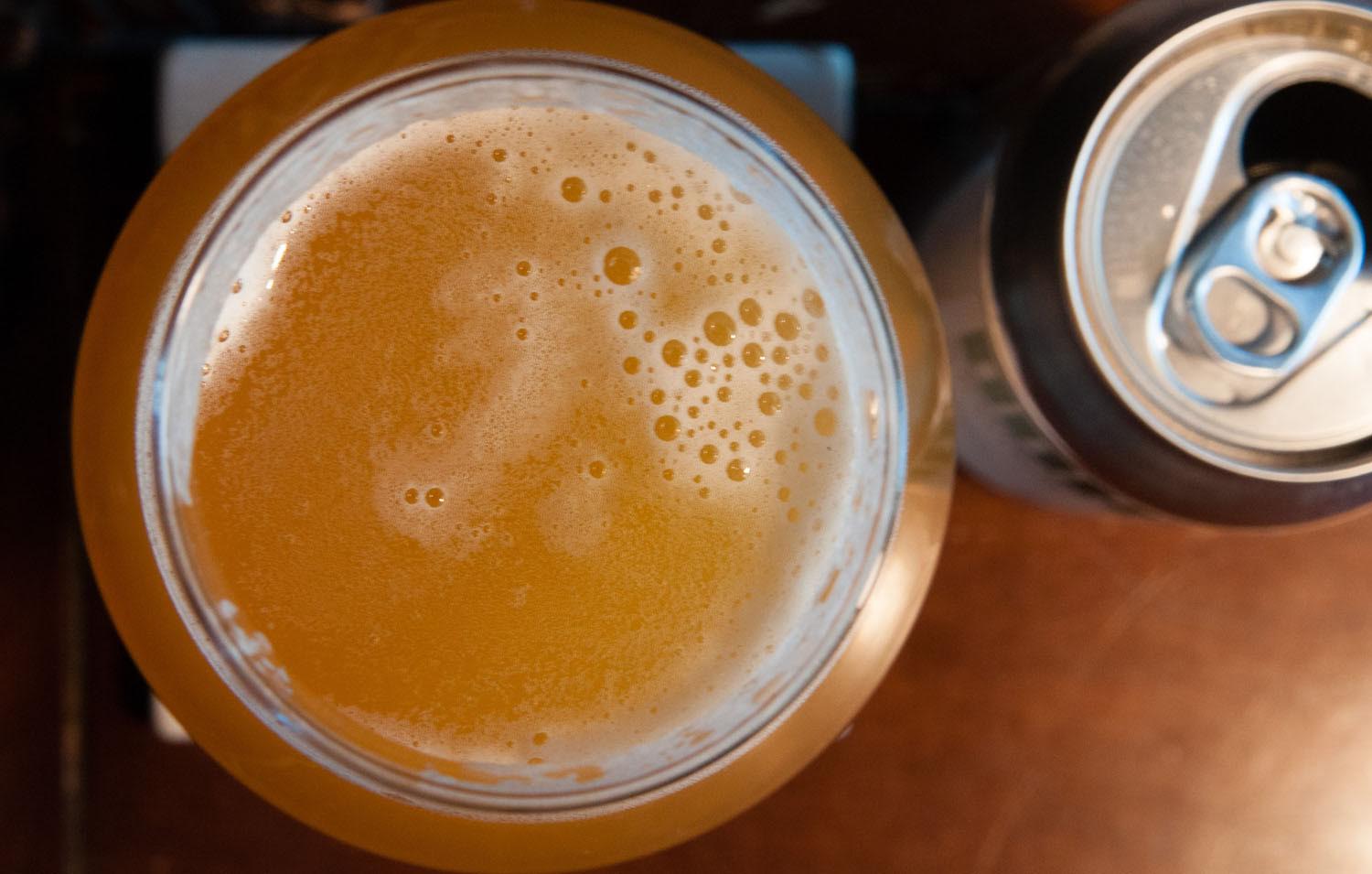 Mouthfeel
This beer is silky smooth with a medium-full body. It feels good. There is a light burn across the top of the tongue from the medium carbonation level followed by hints of bitterness, but they are quickly washed away. The finish is slightly sweet, fairly clean and medium in length.

Pairing
DDH S16 will be a lot of fun to work with for the adventurous foodie. If you like to start early with your beer, this will work well with grapefruit and fresh berries for breakfast – while on vacation, of course. Try it with a grilled ham and cheese sandwich with a side of sweet potato fries in the afternoon. The big pineapple flavor is a natural fit with ham and sweet potatoes while the toasted bread should coax the wheat out of the beer. Chicken baked in a white wine and yogurt sauce served over saffron rice with a side of your favorite spinach recipe will make a great dinner companion for DDH S16. For dessert, try old fashioned banana pudding — the vanilla flavor will make the pineapple pop, and bananas just go with everything about this beer.

Overall Impression
I initially thought NEIPAs were a fad, but it seems they’re here to stay. I call it a gateway beer, as it really appeals to a lot of folks who aren’t beer drinkers. As a traditionalist, I wish it had not been dropped in the IPA due to the fact that there’s nothing IPA-like about it, except the emphasis on hops flavor. However, that ship has likely sailed, so I’ll deal with it.

This is a fun beer and I rather enjoyed it. It is the first NEIPA I’ve had that I willingly took a second glass of – not that I haven’t enjoyed others, but I tend to tire of it and want to move on. DDH S16 didn’t have that effect on me though, and I found the second glass to be just as enjoyable, if not more so, than the first. At 7.1 percent ABV it is too big to be an all-day pool beer – especially since it really needs to be consumed at cooler temps. But I can totally see this as a great dinner beer with some tropical dishes after a long day on the beach or in the pool with friends.

A couple of things I really like about this beer are related more to the packaging than to the flavor. First, TUPPS gives me the hop schedule right on the can. I get that this is more information than maybe the average beer drinker needs, but if you are a beer geek, this kind of communication from the brewery is solid gold. The second thing I love is the easily readable date on the bottom of the can. NEIPA is a beer that absolutely must be consumed fresh. I won’t buy a beer of this style that has been in the can more than 3 or 4 months, and I think twice before buying any IPA that doesn’t have a date code on the can or bottle. All brewers should be willing to do this.

Now, if TUPPS will just work on the name of this beer…