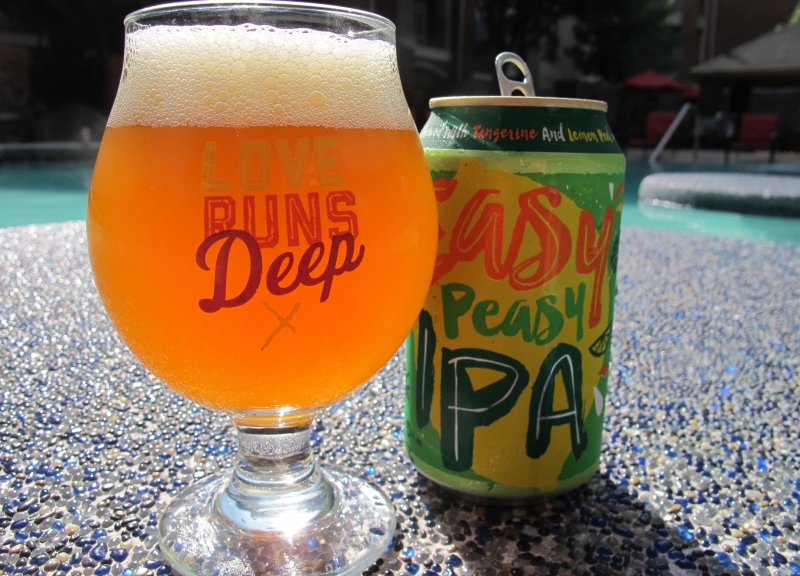 Overview.
It's a dog eat dog world out there: Just recently, Deep Ellum Brewing Company received its first cease-and-desist letter, and it came courtesy of Flying Dog Brewery, which claimed that DEBC's newly released session IPA, the Easy Peasy Session IPA, bears too many similarities to its own Easy IPA. Should Deep Ellum be concerned? Probably not. When DEBC posted the letter to its Facebook page, it noted too that it had already filed its own trademark with the United States Patent & Trademark Office back in February, and that no likelihood of confusion had been found by the examining attorney.

Perhaps least surprising about this news is the way DEBC handled it, which is to say it did what it always does and put the word out itself on social media. As tends to happen in such cases, comments quickly poured in, defending the local brewery — and many with humorous and clever outlooks on what would seam a petty and superfluous debacle. My favorite response was a suggestion that DEBC name its next beer Cease & Desist, which isn't at all a bad name for a beer, in my opinion.

What's funny about all of this, though, is that the Session IPA is the most popular craft beer in America these days. Every brewery has one. And why the heck not? They're light and packed with flavor, the beer nerds' perfect summer beer. And it's certainly easy peasy to throw these suckers back in great quantities, which might have been what inspired the name.

Today, we see if Easy Peasy can put up a fight as a worthy contender in an already crowded market of sessionable opponents or if it goes down easy.

Background on Session IPA.
The term Session IPA arose in 2010 out of necessity, in response to the trend of increasing demand for stronger, hoppier beers around the globe. The category describes beers promoted for their hop-forward profiles at low or “sessionable” levels of alcohol. Although it's typical to find beers around the 3.2 to 4.6 ABV mark, it's not unusual to come across names that stretch the definition. Session IPAs are differentiated from the American Pale Ale category by falling in the lower ABV range, and usually having a much higher hop profile. While hops used are usually of American Pacific Northwest and New Zealand descent, proprietary and experimental varieties may also fall into the Session IPA category.

Appearance.
Easy Peasy pours a nice hazy orange with a billowy, one-finger white head. That head has a moderately level of staying power, fading over time to leave a decent level of lace on the sides of the glass.

Aroma.
The nose of this beer is a delicious sweet aroma of tropical fruits (tangerine, pineapple and mango) mixed with lighter, but still quite pronounced, hop aromas of grapefruit and lemon with earth and floral notes.

Flavor.
Easy Peasy opens with a sweeter, fruit flavor on the front, largely of tangerine variety but with other tropical and lighter fruits playing in the mix. A light biscuit flavor is apparent upfront, complimented by some grapefruit hop flavors following closely. As the flavor advances, some of the sweeter fruit fades with a more bitter lemon character as well as more grapefruit hop notes coming to the tongue. On the finish are hints of earthy and floral hops that leave a nice, crisp and moderately bitter-hopped flavor on the tongue.

Mouthfeel.
The body of Easy Peasy is on the medium side in terms of its thickness and creaminess, with a carbonation level that's slightly on the lower side. A little bit more carbonation would've been nice for stimulating the taste buds in combination with the hops. But, overall, the mouthfeel is rather appropriate.

Overall Impression.
The key to a great Session IPA is one that doesn't miss the mark on malt flavor but brings hops to the focus like an actual India Pale Ale — and while staying relatively low in ABV, too. It's a challenge, but there are many commercial breweries doing it well. And when it is done well, it's a style worth seeking out, especially as these days become progressively warmer.

I really enjoyed my experience with Deep Ellum's Easy Peasy IPA. It's a delightfully bright and colorful blend of hop flavors, tropical fruit characteristics and malt balance. This is just a delicious and quenching summer ale — and one that, beyond any legal battle, is plenty attention-grabbing in its own right.

So seek this one out while you know you still can. While you're at it, stay in touch as Deep Ellum releases more details about its upcoming collaboration with Jameson Irish Whiskey. 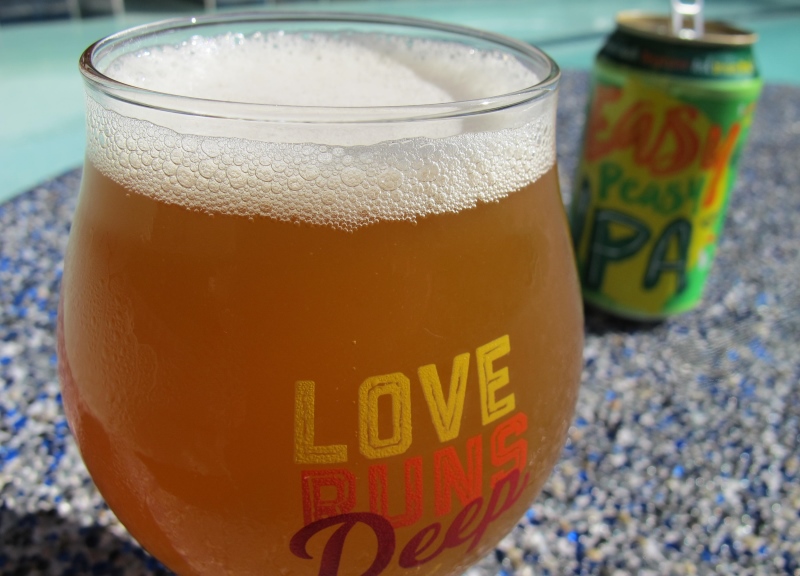 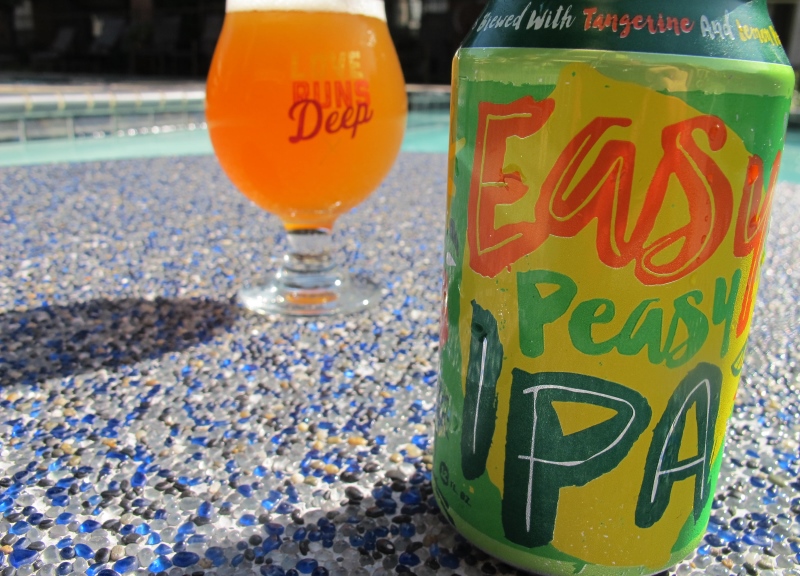 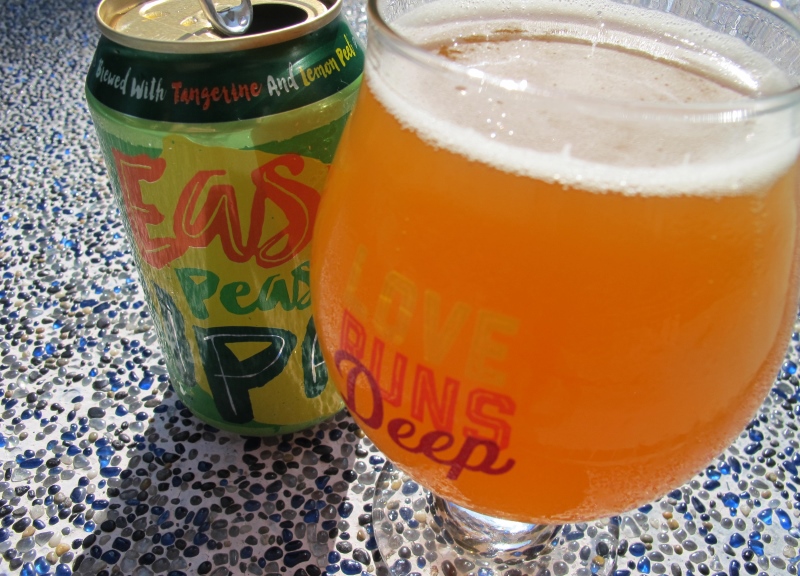 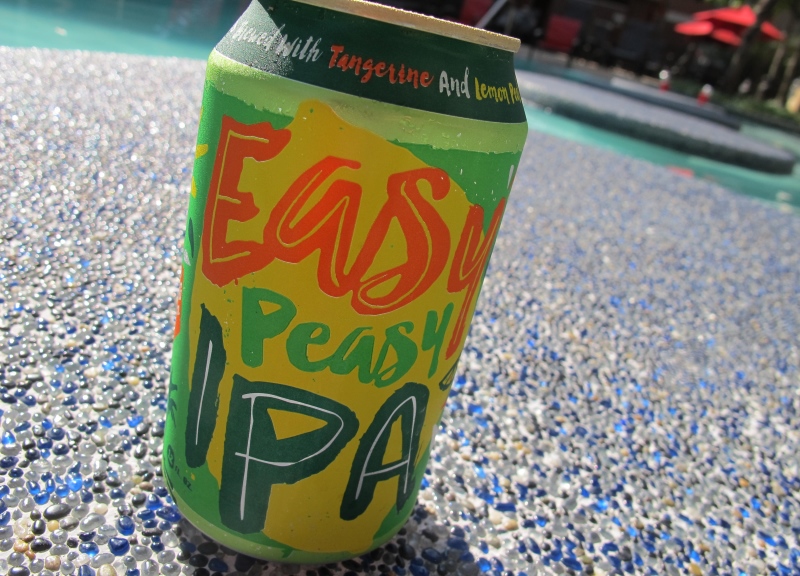