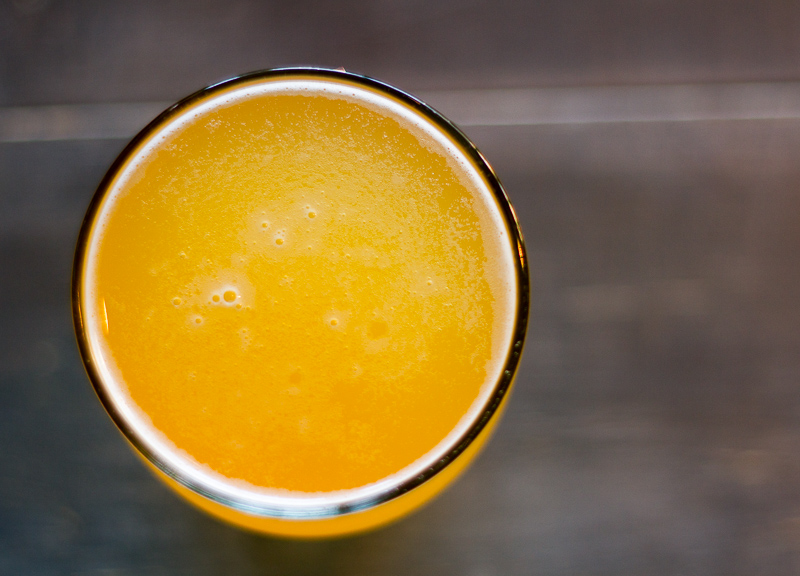 Collective Brewing Project's Mom Azacca Is A Franken-Monster of Styles.

This week, we sipped on The Collective Brewing Project's Mom Azacca.

Overview.
The Collective Brewing project is a rather new-ish venture based in Fort Worth. Before it was up and running at its new location, it was operating out of a small warehouse in Haltom City. Then in November 2014, Collective opened their taproom and brewery in the uber-hipster Southside district of Fort Worth. You owe it to yourself to go check
out this area; gentrification aside, it's a pretty fun part of town.

Collective claims that it is the first Franken-monster brewery slash taproom in Fort Worth (their words). So there's a sense of rebellion with this brewery, a sense of embracing more wacky types of brew that may straddle styles.

Background on Witbier.
Witbier (wit) is a classic Belgian style that is known to be relatively low in alcohol and very refreshing. Most wits are a pale straw color and super hazy because of the use of wheat malt. They're also low in hops. Common additions to the beer at flameout or secondary are citrus, ginger, coriander, pepper berries like grains of paradise or fruit. It is important to note that some brewers don't add any flavorings to the beer, letting the classic wit yeast strain contribute all of the clean spice or fruit bite on its own.

Appearance.
Mom Azacca pours a pale golden color. It's super hazy, which is on point for the wit style. Head retention is noted to be good for this beer, even though, at the time of this review, the beer pours with not so much head. This is a classic problem at many a DFW growler bar, where taps are run a tad bit lower on the gas in order to avoid a foamy mess on their hands when they fill growlers.

Aroma.
Unlike traditional wits, Mom Azacca is all about its tropical hop nose. According to BJCP style guidelines, wits are known to have moderate malty sweetness, with a complex spice or peppery note. Hop aroma should not overpower the beer. Mom Azacca has the spice and a hint of tartness, but the hops dominate both the aroma and the flavor. I catch myself wondering aloud whether this a wit or a white IPA, as white IPAs are known to have some of the same aroma and flavor characteristics of wits. Speaking of IPAs, Mom Azacca is dry-hopped with Azacca hops (hence the name). According to the grower, the Azacca varietal gets its name from the Haitian god of agriculture. Good to know!

Flavor.
Mom Azacca starts with a citrus bite on the tongue. There is a notable spice note, too, but I can't quite put my finger on it. There's almost a vegetable sort of flavor. While I mention these two initial flavors first to give them some air time, the hop flavor is the real star of the show. Makes sense: Azacca hops are known for their huge tropical notes. Unlike more traditional wits, though, Mom Azacca is missing a little bit of that wheaty, malty backbone. The hops overpower the more subtle flavors, making the flavor a little bit unbalanced on the hopped side.

Mouthfeel.
As this is a medium to light-bodied beer, the mouthfeel is nice and light, almost watery. There is a slight tartness that lingers with the hop bite. Overall, the mouthfeel is a tiny bit thin and underwhelming. That said, Collective doesn't necessarily need to adhere to the classic style for this wit. That's not how it rolls.

If you're OK with beer that is sort of out-of-bounds for style and you like both witbiers and hops, you're in luck. While the overall mouthfeel is a little bit watery, Mom Azacca makes it up with its floral hop flavor. Just beware if you order this beer only based on seeing “wit” in the bar menu description because this beer is more like a white IPA to me. 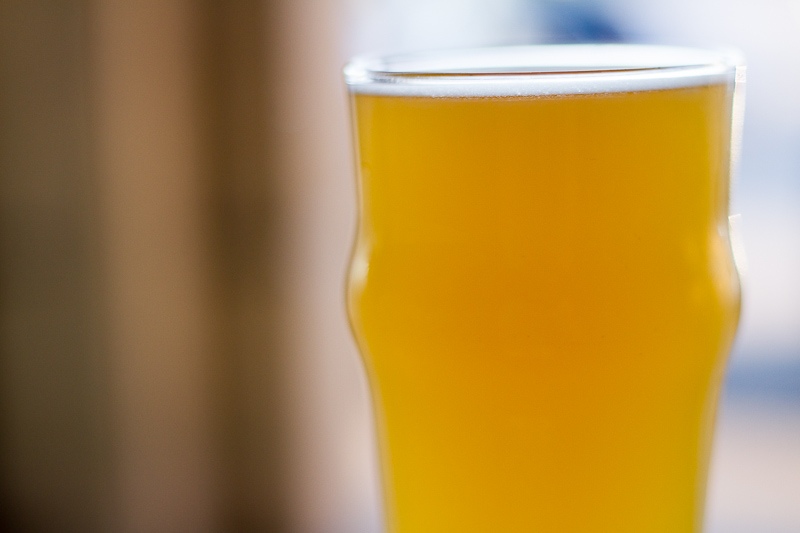 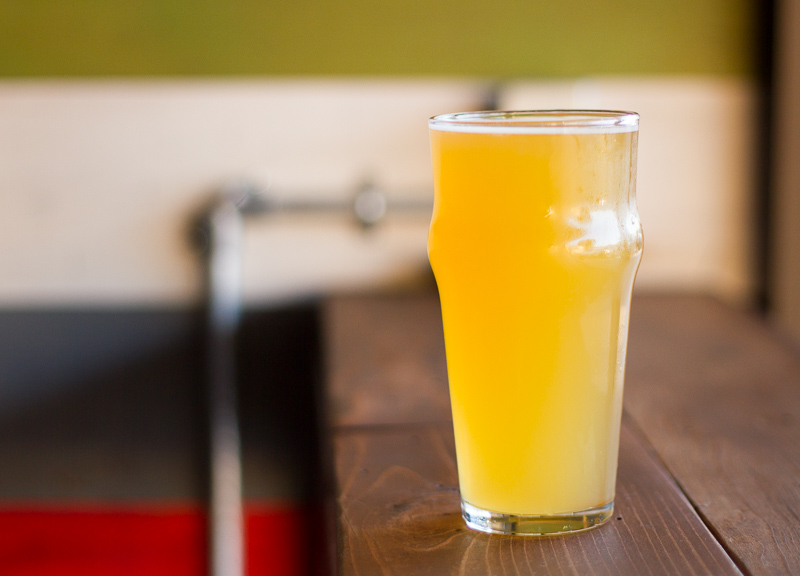 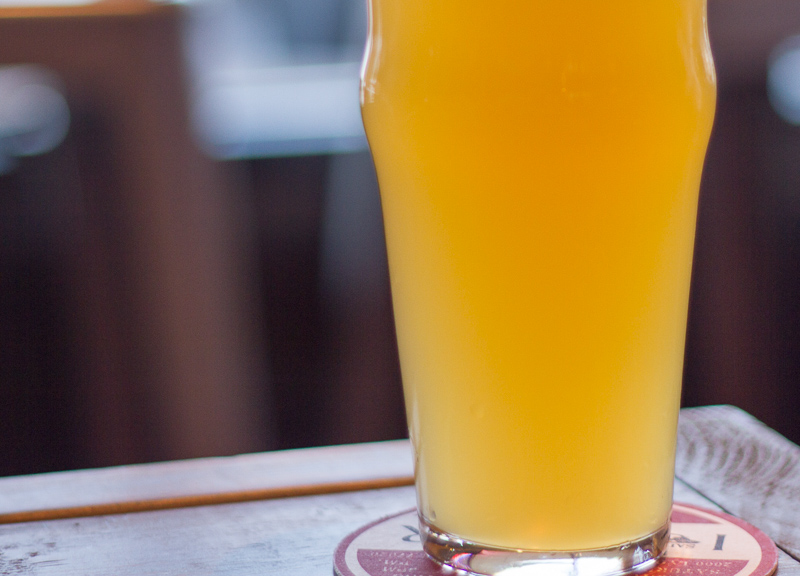 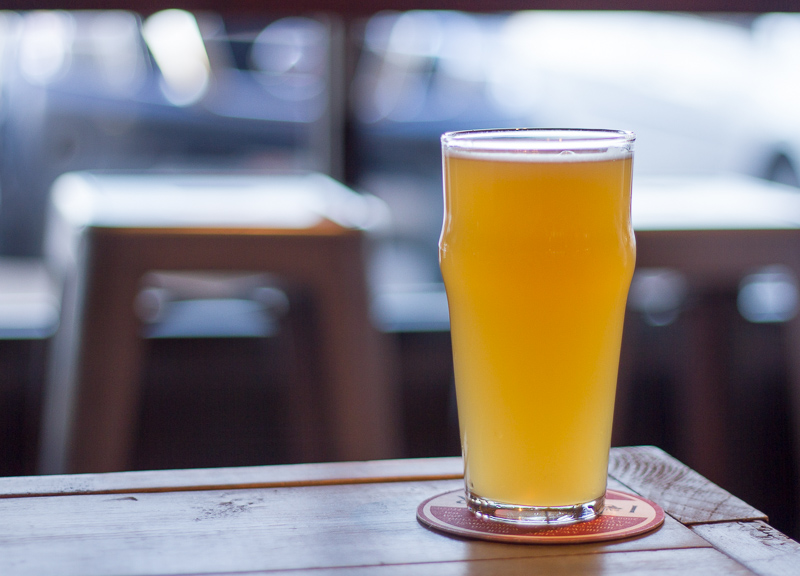