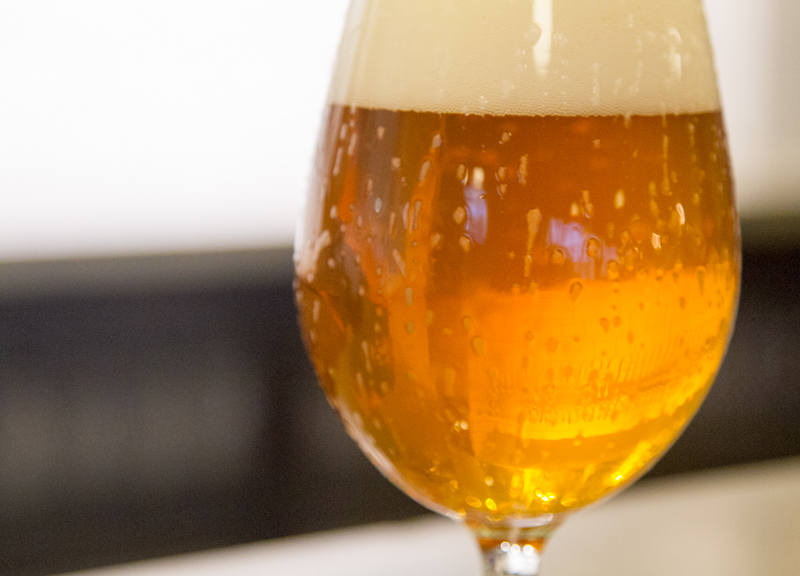 We Have The Hots For On Rotation's Jalapeno Saison.

This week, we sipped on On Rotation's Jalapeno Saison.

Overview.
As of last week, On Rotation is now a year old. Did you know that? Well, now you do, even if it means you missed their anniversary party last weekend. Oh, well. The good news is they didn't run out of beer, though! And, really folks, the temptation is strong with this Jalapeno Saison.

Background on Spiced, Herb, Vegetable (SHV) Beer.
It's important to remember that this style is sort of a derivative one meant to highlight the flavor additions built on top of the base beer. In this review, the base beer is saison, known for its wide latitude in ABV, a signature spicy character from the yeast and also a citrus twang. Saison isn't exactly the first style that I'd want to throw peppers on top of, but now that I've had it, the addition absolutely works.

Appearance.
Jalapeno Saison pours a golden straw color. There is a visible solid and firm white head that sticks around for about half a pour. There is no arguing with the superb clarity in this beer. It's nice to see a super clear saison-based beer, but it's important to note that clarity is by no means a requirement of the saison nor of the SHV style.

Aroma.
Let's talk about peppers — all of the peppers, but none of the heartburn and spice. I have made it known previously in this column that I am not totally in love with pepper beers. And I seem soft now that I'm going back on my word — again. Maybe I really do like them in the end — y'know, when they're done well. Regardless, On Rotation has a very solid pepper beer that's a pleasure to drink. The first sensation I get on the nose is that vegetal, meaty pepper scent. It's not pepper like you'd expect, though. It's all of the qualities of a jalapeno, but without the throat stab and coughing and crying like when you find yourself near someone chopping up a bunch of hot peppers. Behind the pepper notes, there are orange-ish citrus notes, followed by a warming sensation from the malt.

Flavor.
While pepper dominates the aroma, it splits first-dibs duties with that classic saison spice and funk that I love on the tongue. There's a bit of hotness from the pepper, but it doesn't overwhelm me at any point. The subtle spice from the pepper continues in aftertaste form, long after the swallow. But, again, while the pepper hangs around, it's enjoyable. About halfway through this first beer, I can feel my face warming — but it's not from the pepper heat. I think it's from the boozy 8.1 ABV. Other than the general fear of a sleepless night of heartburn-fueled tossing and turning, I feel the urge to order another pint. And I will, because this pepper beer is everything I want from a spice beer without any of the regret.

Mouthfeel.
Jalapeno Saison is a deceptive beer from the mouthfeel perspective. It is very enjoyable despite the peppers, and the yeast has done its job. The beer finishes bright and dry. I would say that if this beer had finished more on the sweet side, it would not be a success. But this beer is a success.

Overall Impression.
Jalapeno Saison has me changing my mind on the SHV beer style. As a side note, I used to taste vegetables in On Rotation's earliest offerings. It was as if the Jalapeno ghost's vegetal essence creeped its way it to all of their early beers.

Speaking of early goings; While I was at On Rotation reviewing this beer, I ran into original On Tap author Colin Alsheimer, who currently lives in Boston but was back in town for a visit. So I thought it might be fun to get his take on this brew, too. Says Colin: “Well, as this is my first visit to On Rotation, I have to say, I'm quite impressed so far. The Jalapeno Saison showcases all the best parts of the jalapeno without being overbearing or overly spicy. It's the kind of beer that can easily be enjoyed in multiples, which is a rare find for a spice and vegetable brew. The 8.1 percent ABV sneaks up on you, and doesn't get overly sweet, which can be an issue with this style. I enjoyed this more than I thought I would!” 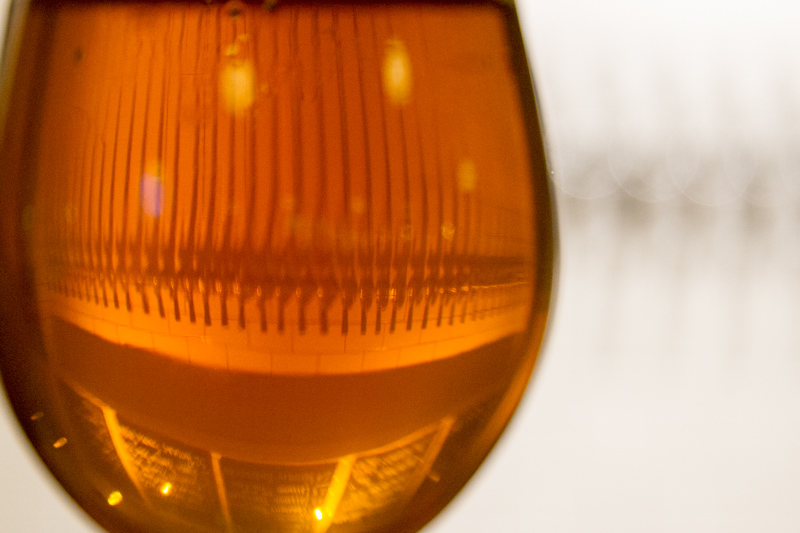 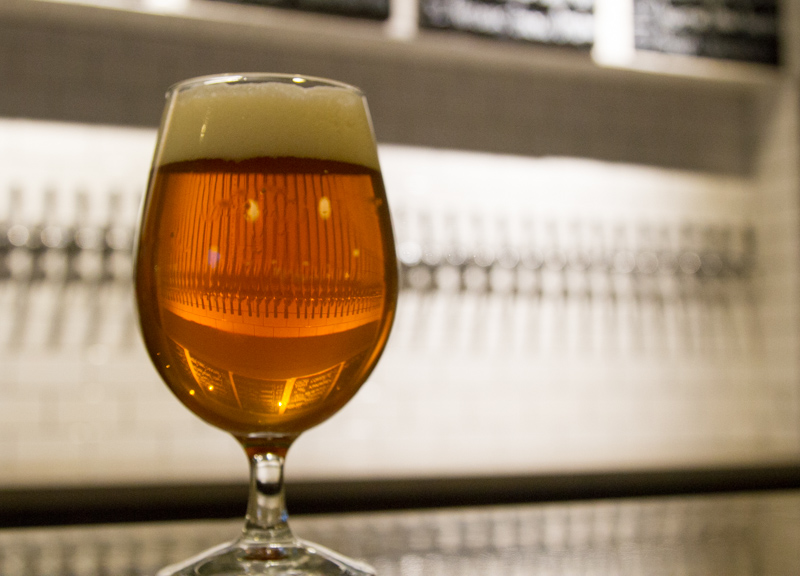 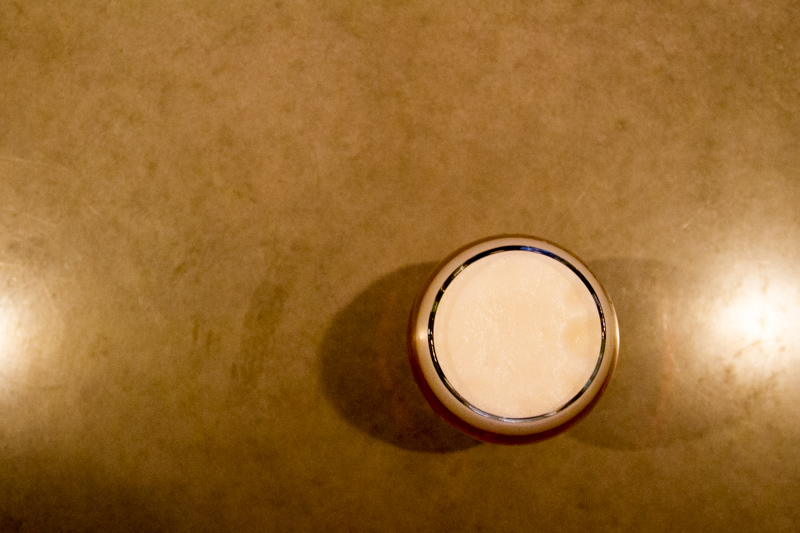 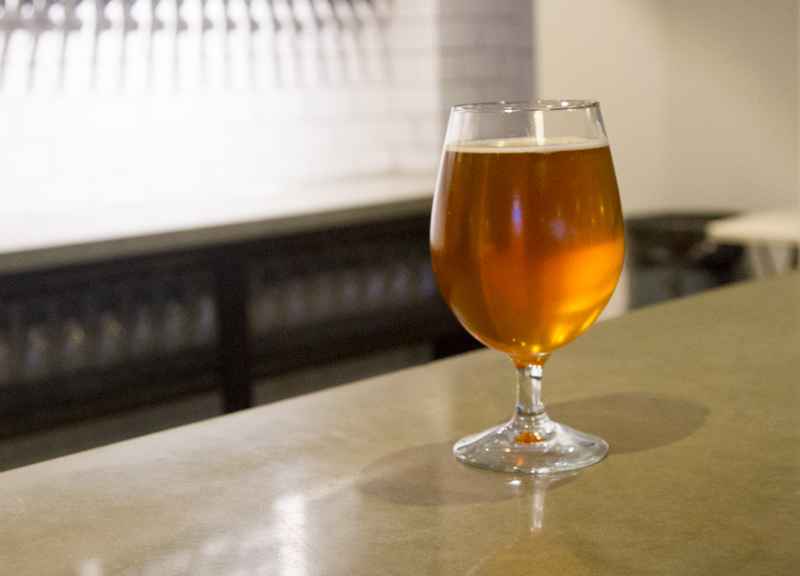 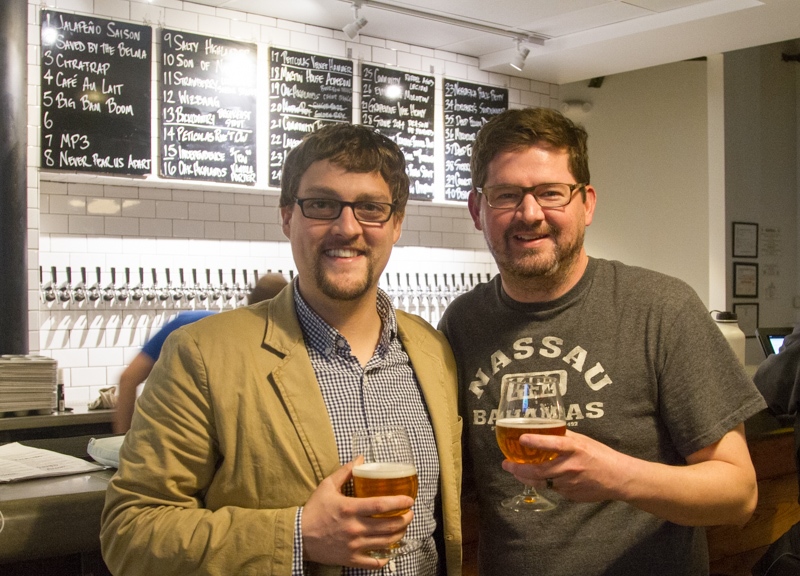