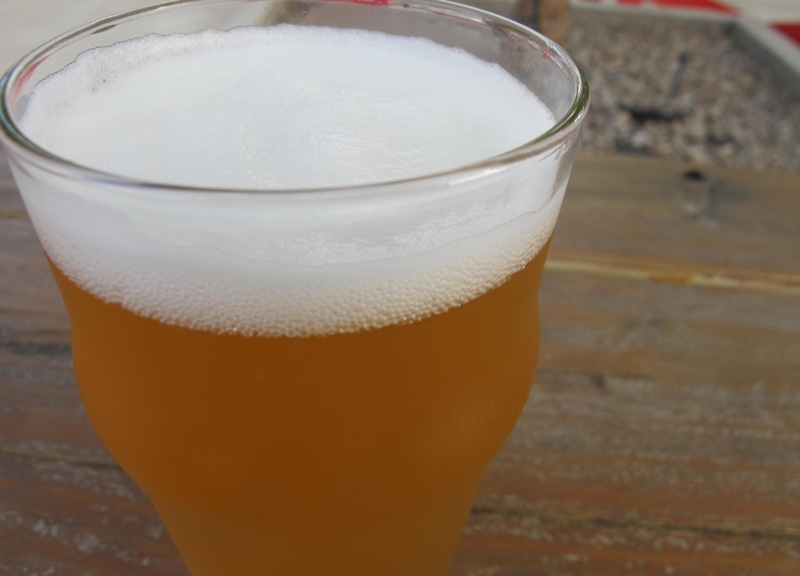 Overview.
As abundant as seasonal beers are these days, we often forget that certain styles were originally brewed out of necessity, crafted during a limited period of amenable conditions, and then enjoyed later. Saisons, for instance, were traditionally brewed in the winter and reawakened in late summer to nourish and refresh farm workers when water wasn't safe to drink. Of course, it was also then consumed well into fall and winter, too.

Today, the Saison style is all the rage. What once was a rare lineage of brews just 10 years ago is now seeing quite the upswing — especially for the ever-rambunctious microbreweries of North America. It's a welcome and exhilarating trend, for sure. Among others, notable local Saisons include Lakewood Brewing Company's Till & Toiland Martin House's River House.

Now, the Fort Worth-based Bearded Eel Craft Brewery has also stepped up to the plate to pay homage to the Saison's rustic roots — but with an interesting twist. The name says it all and with a quick glace at the beer's description you might have guessed why they named it Purple Unicorn. Long story short: This beer just sounds too ridiculous to exist. Built upon the base of a Wit Beer, Purple Unicorn is hopped up like an IPA and fermented with a blend of farmhouse yeast. It's an audacious approach to the style, for sure.

Today, we not only aim to prove the existence of this mythological beast, but we hope to enjoy the many complexities this beautiful remnant of centuries past contains.

Background on Saison / Farmhouse.
See our take on Lakewood's Till & Toil for a good overview of the Saison style.

Appearance.
Purple Unicorn pours a hazy gold with a one-finger white head. The head holds strong, very slowly fading over time to leave a fantastic foamy lace on the sides of the glass.

Aroma.
The beer's smell is grassy and hay-like, mixed with wheat and a prominent yeasty cake smell. There are also spicy notes of lemongrass, coriander and ginger, as well as some hints of pepper that works to create a rather robust and inviting aroma.

Flavor.
Purple Unicorn opens with bright, peppery notes of tropical fruit, lemon, green pepper, ginger and coriander. There's a lot of crisp carbonation up front, with some fairly strong bitterness and subtle funk qualities from the farmhouse yeast. The middle is nicely balanced with spicy, earthy citrus characteristics and sweeter notes of lemon, banana and fruity esters. There's also an almost a yeast-like quality that Hefeweizen drinkers may find familiar, plus a noticeable, but not overwhelming, hop bitterness that compliments the spice and makes for a crisp and quenching long, dry finish.

Mouthfeel.
Purple Unicorn is medium-bodied, with medium to high carbonation. The combination of these two elements makes for a smooth feel, which is rather appropriate for the yeasty and bready flavors of the brew. It's not going to be the lightest sitting beer, but it's a wonderful pairing to Texas' spring and summer months.

Overall Impression.
If you want to be a “serious” craft brewery these days, then it seems you need at least two things — an IPA and a Saison. I'm OK with that: These light and dry, full-flavored and typically lower in alcohol farmhouse ales are remarkably complex and make for a perfect spring release.

Overall, Purple Unicorn is a refreshing representation of the Saison style. It's complex, clean and well-balanced with some good aroma and flavor. The higher IBUs are a great compliment to the peppery farmhouse funk, too.

Unfortunately, every Bearded Eel beer is brewed using the breweries 1.5-barrel system. In other words: If you happen to come across a Purple Unicorn, you should seize the opportunity and grab it. For one thing, it's not likely to last long. For another, it's just a beer worth trying. 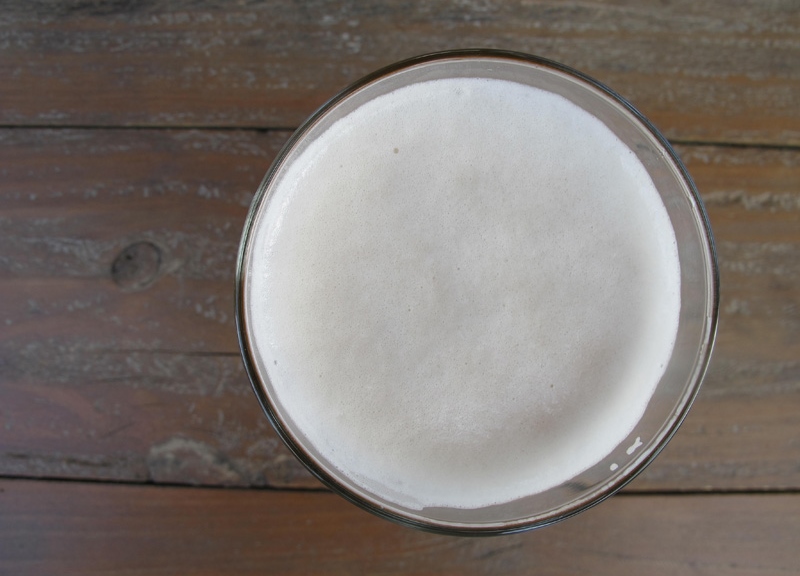 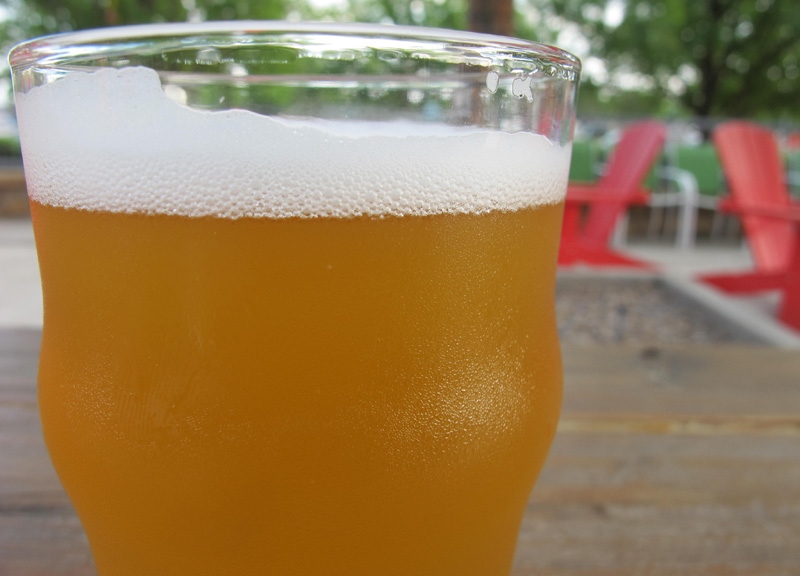 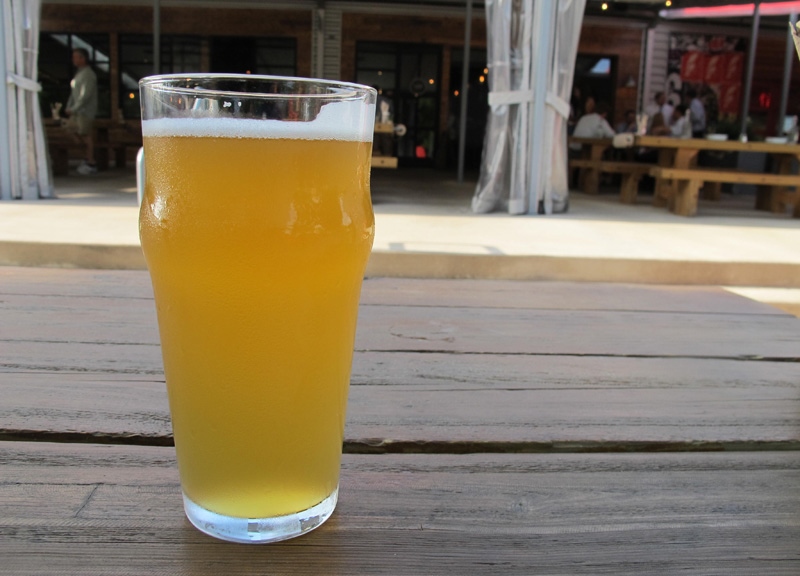 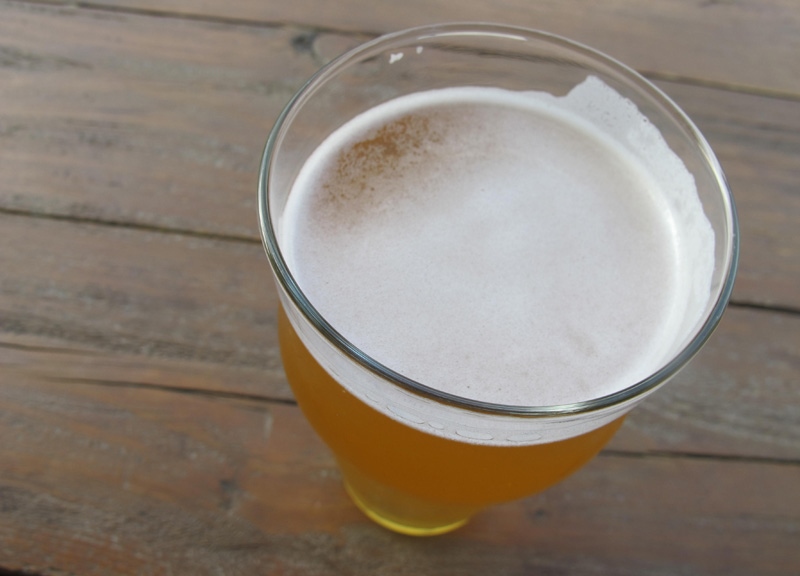 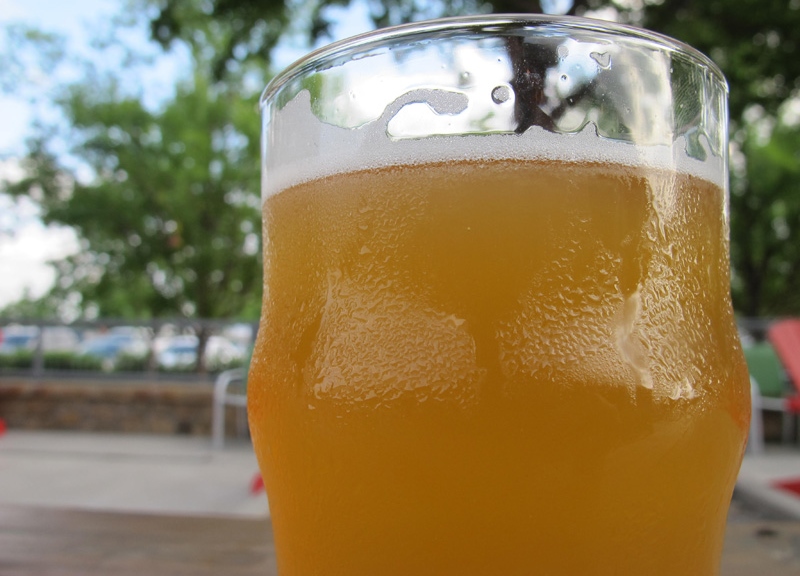