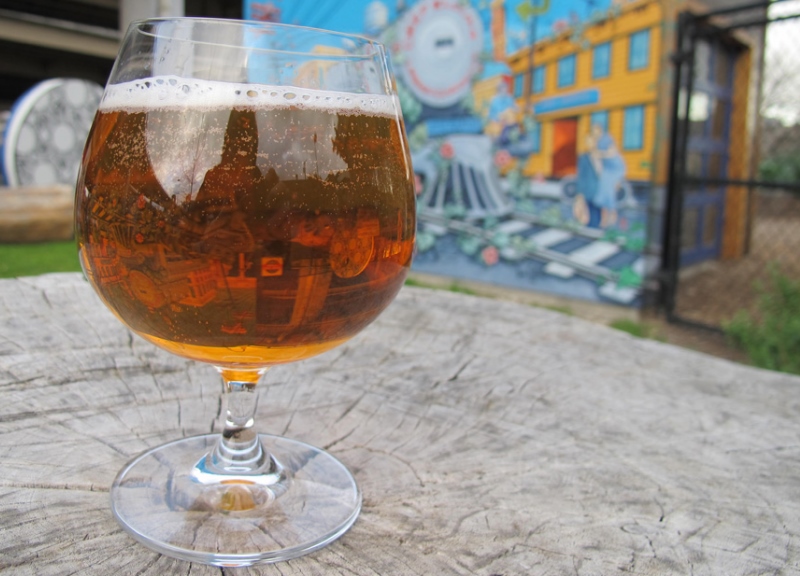 Judging From Sunset Boulevard, Audacity Brew House Isn't Quite Ready For Its Close-Up.

This week, we sipped on Audacity Brew House's Sunset Boulevard.

Overview.
Every eclectic city deserves at least one great craft brewery — a place to seek refuge, make friends and find commonality in a shared pastime. What could possibly replace the beloved Saturday morning brewery tour, you might wonder? Well, feel free to ask Denton residents that question. They haven't had much luck in this regard, historically. But with Audacity Brewing opening this past year and Armadillo Ale Works moving its operations back to Denton, residents now have two local breweries in which they can take pride.

Plus, for lack of a better descriptor, Audacity Brew House is very Denton. Though I've never visited the brewery itself, I can still see that this young brewery is bustling and very clearly cultivating a community of fun-loving, beer-drinking Dentonites. There's some consistency in their model., too: Audacity offers the scope of year-round classic styles, plus a few specialty brews. And, in addition to its taproom, which is open six days a week, Audacity books local musicians, food trucks and even offers onsite yoga for the growing niche subculture of beer-yogis.

This week, though, we're taking a hard look at the beer itself by sampling Audacity Brew House's new Vienna Lager brew, which they call Sunset Boulevard. It's so new, it hasn't even been added to the brewery's website last we checked. So this should be an exciting experiment.

As for my own method here, I'm taking a few pints to-go in a Lakewood Growler swing top. All that's missing is the California sunset, really.

Background on Vienna Lager.
The Association of Brewers describes the beer class Vienna-style lager as typically ranging anywhere from copper to reddish brown in color. The style of beer is characterized by malty aroma and slight malt sweetness. The malt aroma and flavor should have a notable degree of toasted and/or slightly roasted malt character. Hop bitterness is low to medium-low.

Appearance.
Audacity's Sunset Boulevard pours a brilliant, light gold, with a near-nonexistent head that's only there for an instant before quickly diminishing.

Aroma.
There's not much aroma at all with this beer. Not at first blush, at least. If you really stretch, you might notice some very subtle caramel malts, some weak citrusy hops and a few acidic notes. In other words: There's nothing that necessarily makes it obvious the beer was brewed with Vienna malt.

Flavor.
The beer's slight aroma notes are definitely heightened on the taste side of things. There's subtle graininess, faint notes of bready malt, hints of caramel and even some mild spice hops in the distance. Still, you really do need to search to taste these element. Frankly, Sunset Boulevard is quite bland for a Vienna-style lager. Due to being kilned at higher temperatures, the marriage of malts typically found in this style provides greater depth of flavor and complexity than other base malts. I'm not sure I'm getting that with this beer. Still, the beer finishes clean with a subtle sweetness.

Mouthfeel.
Sunset Boulevard is light-bodied and thin for the style, with very little carbonation throughout.

Overall Impression.
Overall, Audacity's Sunset Boulevard simply does not hit the mark for a Vienna Lager — especially when you put it up against the other European-style favorites on taps across the Dallas-Fort Worth region. In a head-to-head competition, this one would fall third to Community and Lakewood's offerings every time. And I'm not sure it would even be that close.

That said, I'll add that it's really hard not to love what Audacity is trying to do up in Denton. Culture and community is every bit as important to the experience as the beer itself, and it wouldn't be fair to use Sunset Boulevard to define Audacity Brew House. Moving forward, I'll chalk up my experience here as a one-time whiff, while continuing my search for the beer that will stand out as this brewery's flagship. Maybe it's the Black Widow Imperial Stout? I bet that'd pair nicely with some morning yoga. 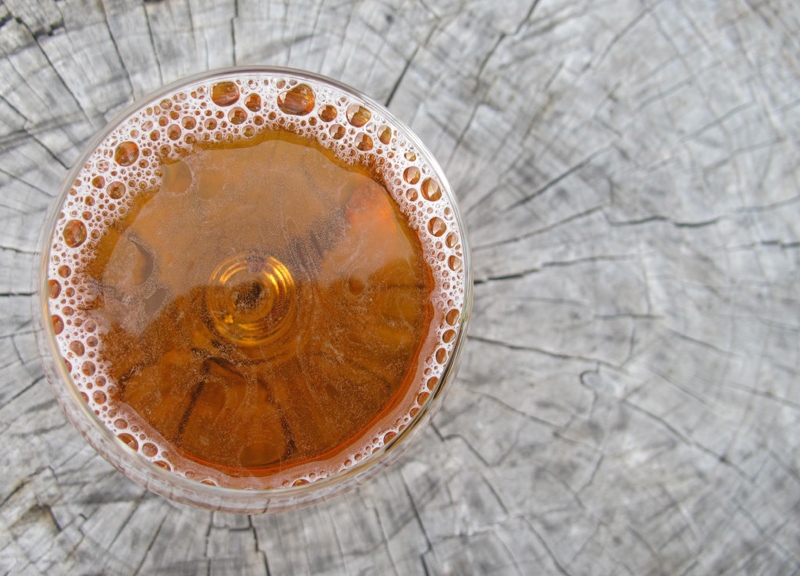 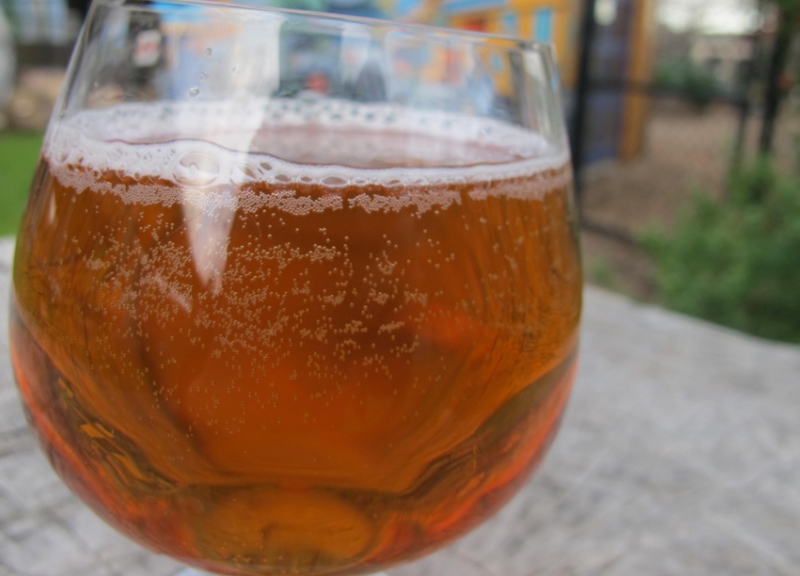 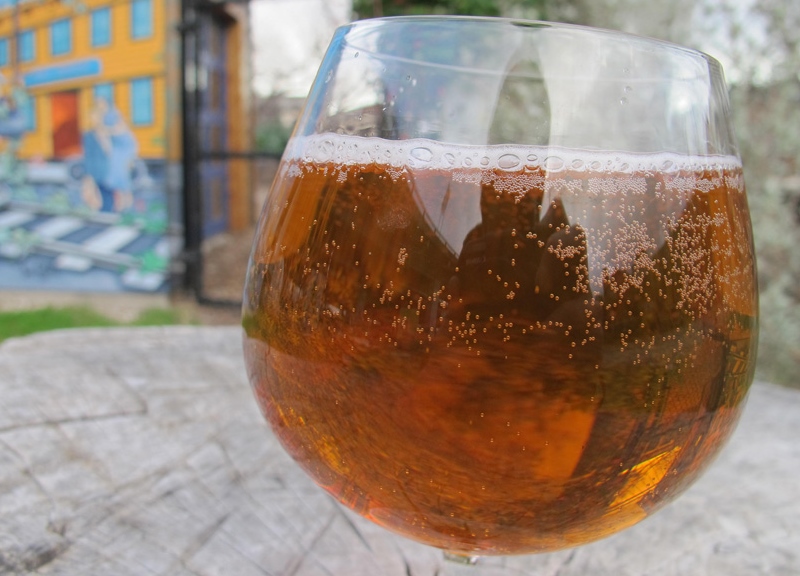 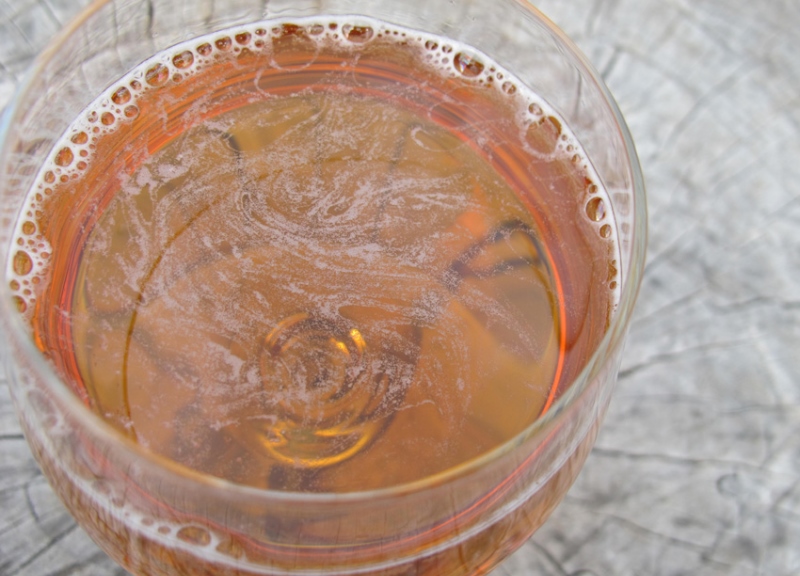 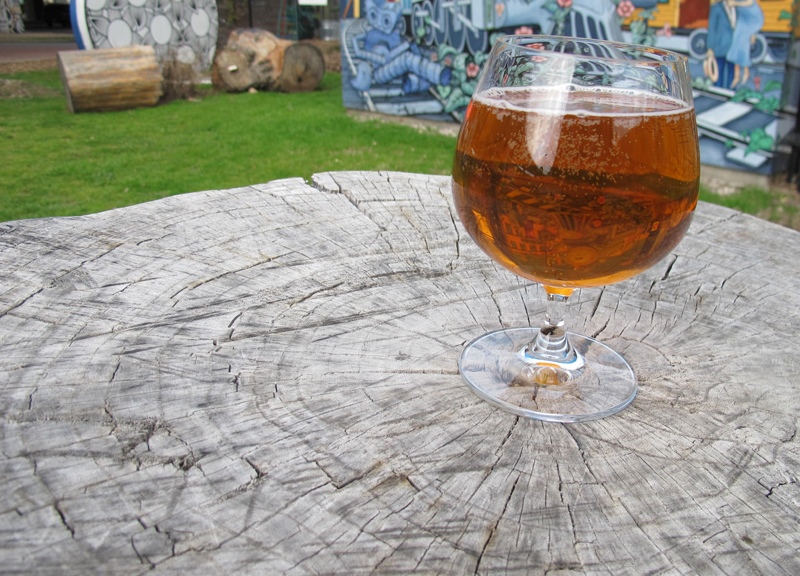 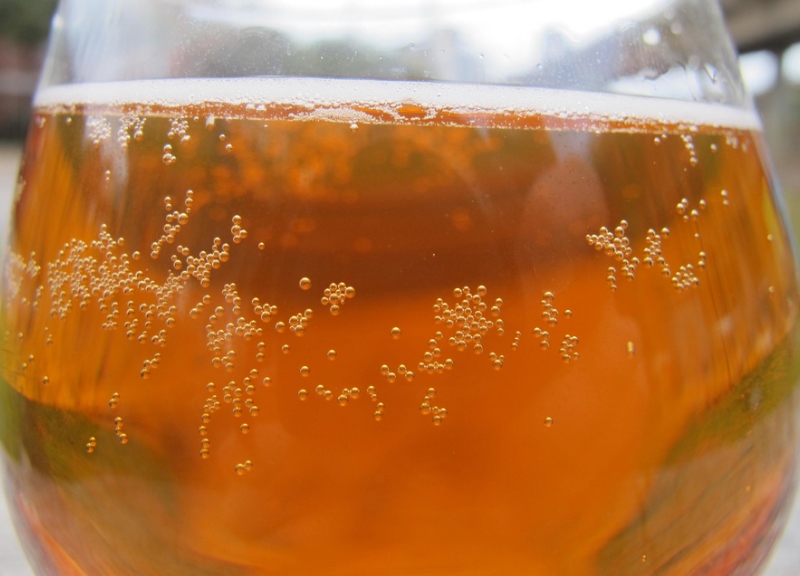 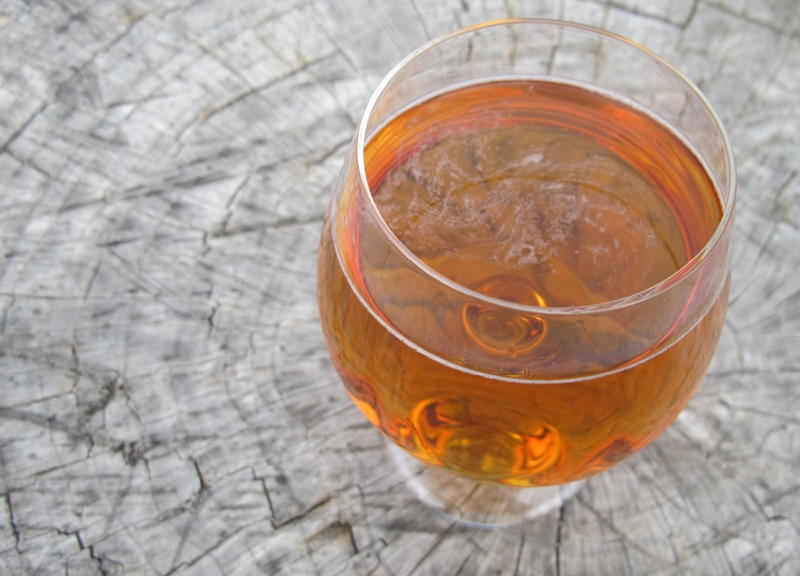