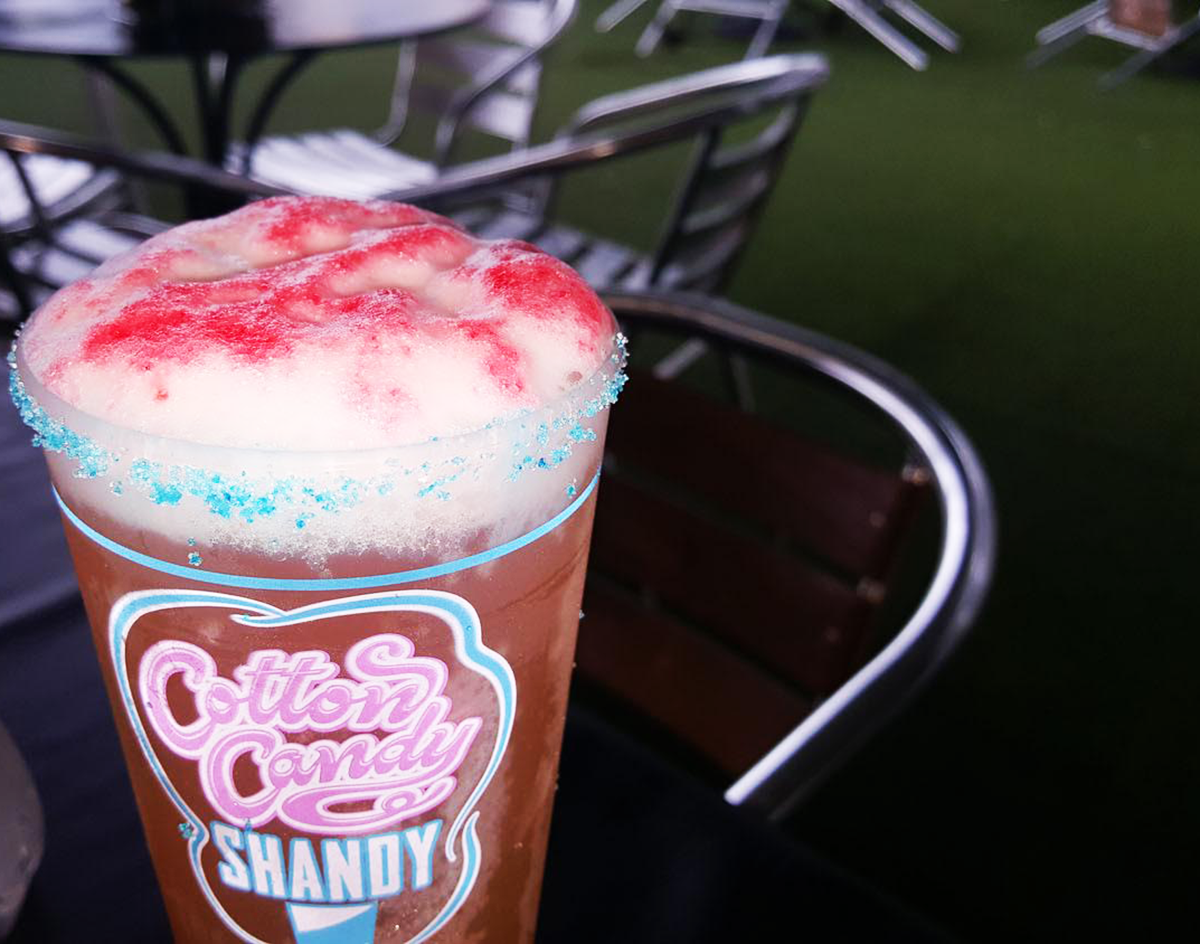 Much Like Most Of The Food And Drink Offerings At The State Fair Of Texas, Cotton Candy Shandy Is More Gimmick Than Great.

This week we sipped on Cotton Candy Shandy from TUPPS Brewery.

Overview
Shandy isn’t a style of beer, but rather a drink made by combining beer with a non-alcoholic soft drink, usually clear and lemon-lime flavored. In Europe, this lemon-lime soda is call “lemonade,” which can be confusing to us Americans who know the drink to be something different. The term “shandy” is British in origin — the same beverage is called a radler when served in Germany, but beverages bearing both names have gained popularity in the U.S. in recent years.

Tradition holds that the beverage came about when Munich tavern owner Franz Kugler used lemonade and soda to cut his available beer in order to avoid running out. After gaining a certain level of popularity, different breweries started to produce their own versions – pre-mixed and ready for the consumer. The most well-known example in the U.S. today is Leinenkugel’s Summer Shandy.

Background on Shandies
As this is a mixed drink and not a pure beer style, the Beer Judge Certification Program does not include guidelines for anyone to follow when creating a shandy. That makes this something of the wild, wild west and lots of variations have sprung up – including things like grapefruit, orange and peach shandies.

I haven’t found a reference to a particular base beer style being recommended, but as this is typically a summer drink, lighter beers – both in color and mouthfeel – are used almost exclusively. Mixing the beer with a soda also decreases the ABV and bitterness. In fact, it can reduce the alcohol content so much that in some jurisdictions a shandy might not be regulated.

Appearance
Where to begin here? Cotton Candy Shandy is served in a vase-like plastic cup, rimmed with blue cotton candy sugar. The bartender executed a perfect pour with the foam just cresting the rim of the cup before sprinkling red cotton candy sugar on top. I was instructed to “chug it like I was back in college” before the chemical reaction between sugar and suds made it foam over the top. The appearance is the most cotton candy thing about it, too.

The liquid itself pours a hazy orange-gold and is topped by a white foam cap. We have not seen TUPPS share anything about the base beer it uses, but if we had to guess, it’s probably a wheat beer from the haze and head on it. The foam was very resilient though, and a layer of it — complete with red stains from the sugar sprinkles — lasted all the way to the last swallow. 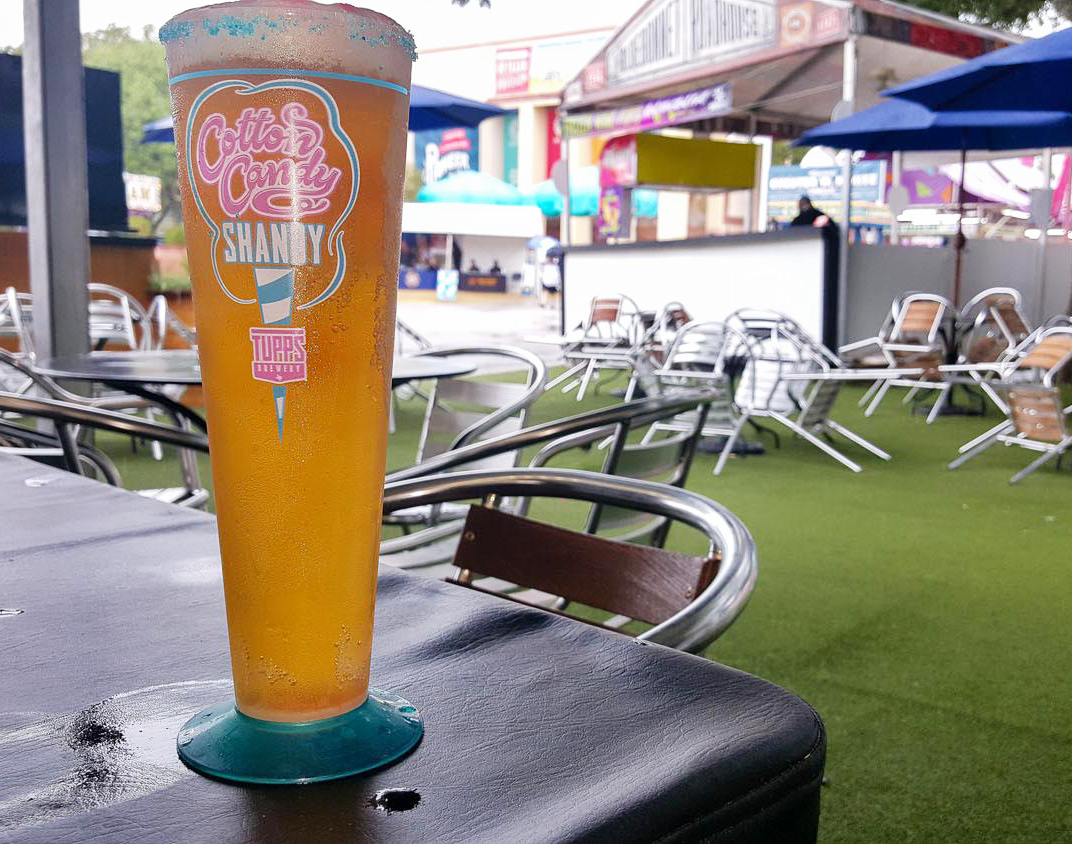 Aroma
Cotton Candy Shandy is mild on the nose, and not just because of an annual fall cold blunted our sense of smell. There were hints of citrus – lemon and lime specifically – and sweet overtones that might have been from the sugar so liberally added to the rim.

Flavor
Again, the word that came to mind upon first sip was “mild,” but that is almost universally true of shandies. There is definitely a sweet thing going on, but once again, it’s likely due to the kick of sugar off the rim, as any sip without it loses that sweet edge. There was an underlying flavor of white bread and crackers, but it was faint.

Mouthfeel
Cotton Candy Shandy has a light to medium-light body, dominated by the carbonation, which it has in abundance, and there is zip in the way of bitterness. It is bright and clean with a short finish, leaving the mouth refreshed. Essentially, it feels like a soft drink with more syrup than normal in the mix.

Pairing
The high carbonation level of this beverage makes it the perfect partner for deep-fried everything at the State Fair of Texas. The carbonation will scrub your mouth clean of anything and everything.

The limiting factor here is intensity — Cotton Candy Shandy is a low intensity beer, so stick with lower intensity foods. It went great with the Tater Twisters and cheeseburger we had for lunch, but it would be a sufficient partner to Fletcher’s Original Corny dogs, too. 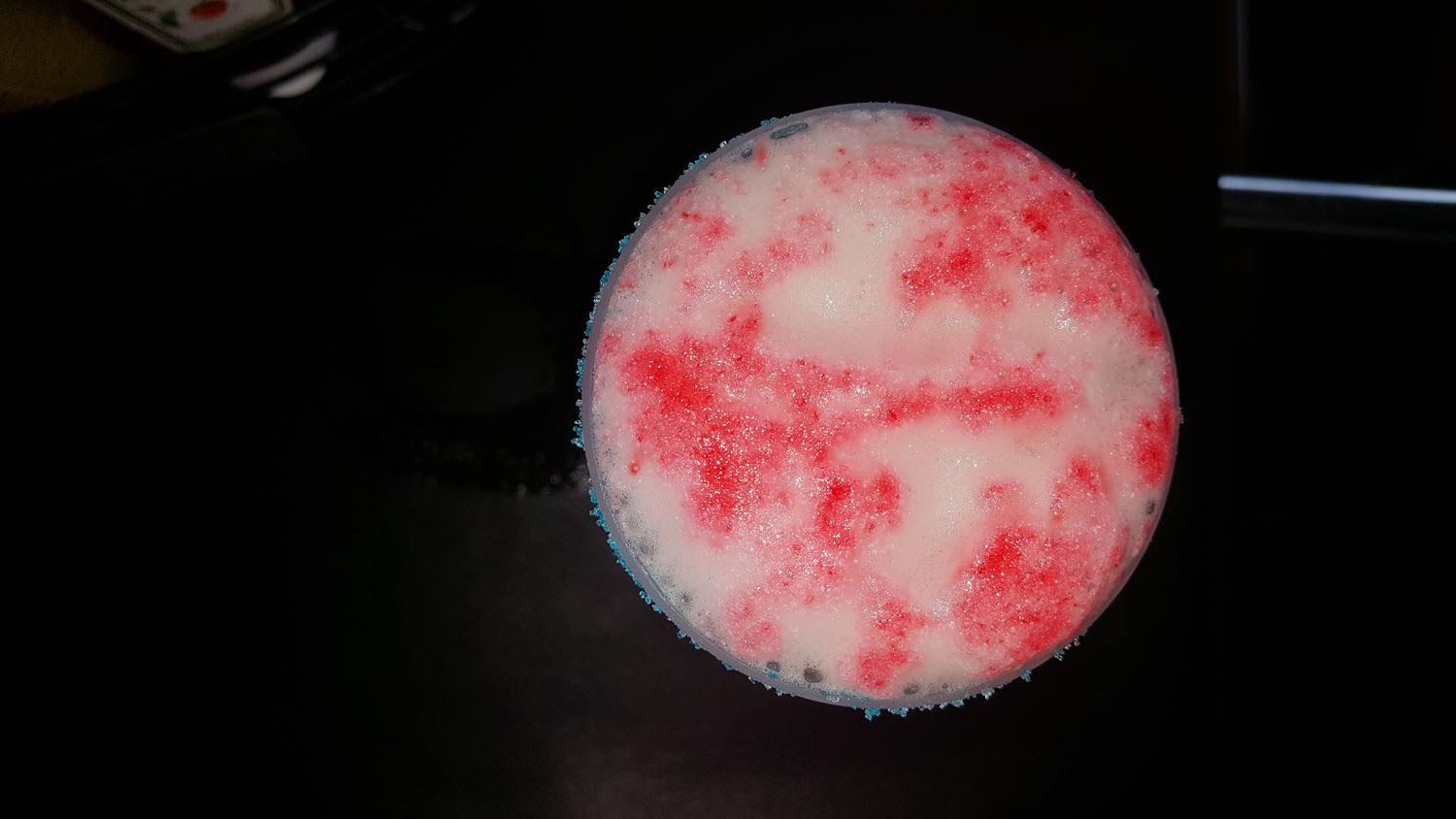 Overall Impression
The State Fair has been synonymous with gimmick foods and drinks for years now, and this beverage plays right back into that theme with the glass and the sugar accents. If we’re honest, the presentation is totally State Fair. It is gaudy and over-the-top, in a crazy circus clown kind of way. Fits in great on the Midway but would give you the creeps if seen at your favorite Lower Greenville watering hole.

Shandies work best in hot weather, so it was likely perfect in the early days of the State Fair when Dallas still labored under temperatures other parts of the U.S. only flirt with in mid-July. However, by the end of a four-week run, when North Texas is finally easing into fall with damper, cooler days, this beverage lacks the desired weight and flavor to be more than a one-off novelty for us.

We will say the shandy itself is solid though. However, we’d like to experience it straight up, without the frou-frou designed to make it stand out at the State Fair. Those gimmicks are why this didn’t score higher. Although, gut feeling says without those, the shandy itself might have been saved from a lower score.