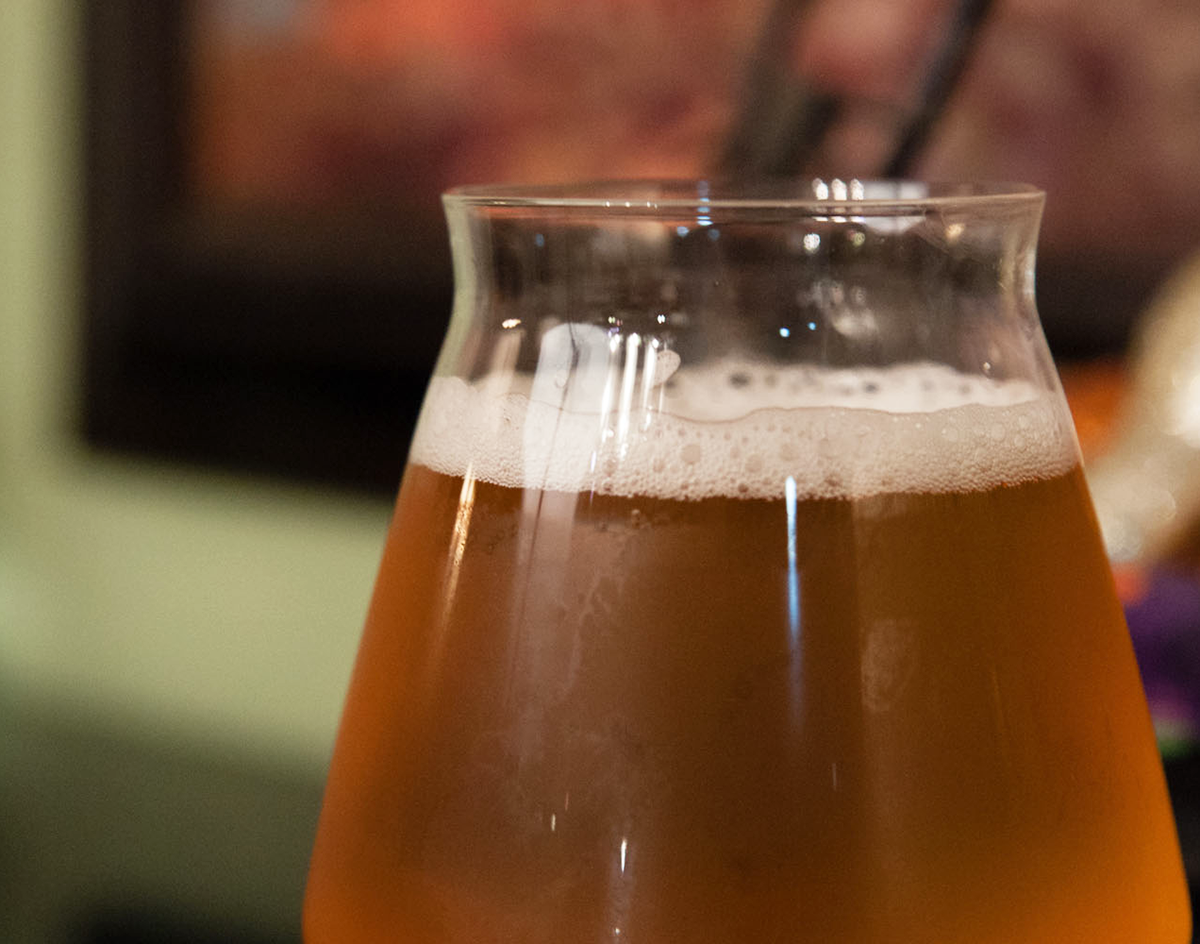 Manhattan Project Beer Company’s Wise Monkeys Might Be Made By Americans, But It’s A Pretty Convincing Take On A Belgian Strong Golden Ale.

Overview
While I have at least some level of affinity for pretty much all beer styles, just as any other consumer, I have my preferences. When I first got into beer outside the mainstream in the US, I can’t say I liked any Belgian style other than witbier. (Blue Moon, anyone?) Belgian beer was weird, often with a big nose full of interesting but off-putting smells that had nothing to do with the neutrality macro beer was peddling in this country. Fast forward a decade or more, and now I love Belgian beers of all kinds. However, I remain skeptical of American versions of these highly artisanal brews. It isn’t that American brewers aren’t artisanal – far from it — but rather, it is about subtlety, which is something we aren’t known for. If anything, we are the land of “if a little is good, then a lot is better” and that just doesn’t translate well with Belgian beer styles. When I found Wise Monkeys on tap at The Thirsty Growler a year ago, I didn’t have high expectations, even though I had heard great things about Manhattan Project. I was in for a surprise.

Background on Belgian Strong Golden Ale
Belgian Strong Golden Ale was first created in the 1930s by the then Brouwerij Moortgat, known today as Duvel Moortgat. The first beer in the style was originally called Victory Ale, named for the Allied victory in WWI. But the locals soon nicknamed it “Duvel,” which is Flemish for “the Devil,” nodding to the easy-drinking high ABV that would sneak up on the unwary. The nickname stuck and was embraced by the brewery.

Originally, it was brewed as something of a local answer to the Pilsner style that was sweeping the world. It used a base of Pilsner malt, adjunct sugar, German hops and a yeast strain brought to the brewery from Scotland. Today, the style is known for a high ABV, fruity and fragrant aroma and a big, long-lasting head. Many beers in the style honor the original Duvel with names referencing the devil in some way.

SEE ALSO: HOW A DALLAS BREWERY’S BEER NAMES ARE SPARKING INTERNATIONAL IRE. // The Republic Of The Marshall Islands Is Asking That Manhattan Project Beer Co. Stop Naming Its Beers After References To Nuclear Tests Held In The Pacific.

Appearance
Wise Monkeys pours a beautiful orange gold with a bright white head. Together, beverage and bubbles conjure memories of freshly laundered linen hanging on the line under an autumn sun. It is fairly clear — not read-a-newspaper-through-it clear, but there is no noticeable haze. The foam gathers on top in a hurry and will hang around for a minute if left alone, but it dissipates sooner than I’d like. All in all though, it’s a beautiful beer.

Aroma
Even blindfolded, this would be unmistakably Belgian. The nose on Wise Monkeys is bright, a little sweet, and mostly full of fruity esters, just as the style demands. The aromas are strong, clawing to get out of the glass like crabs in a bucket. There are notes of both stone and pome fruit, specifically peaches and pears, but others may present themselves depending on the temperature of the beer. Faint phenolics (spicy aromas) get bolder as this beer gets closer to room temperature, with black pepper being the most prevalent. Interestingly, you can just barely pick out the alcohol, which is a real accomplishment for a 10 percent brew. 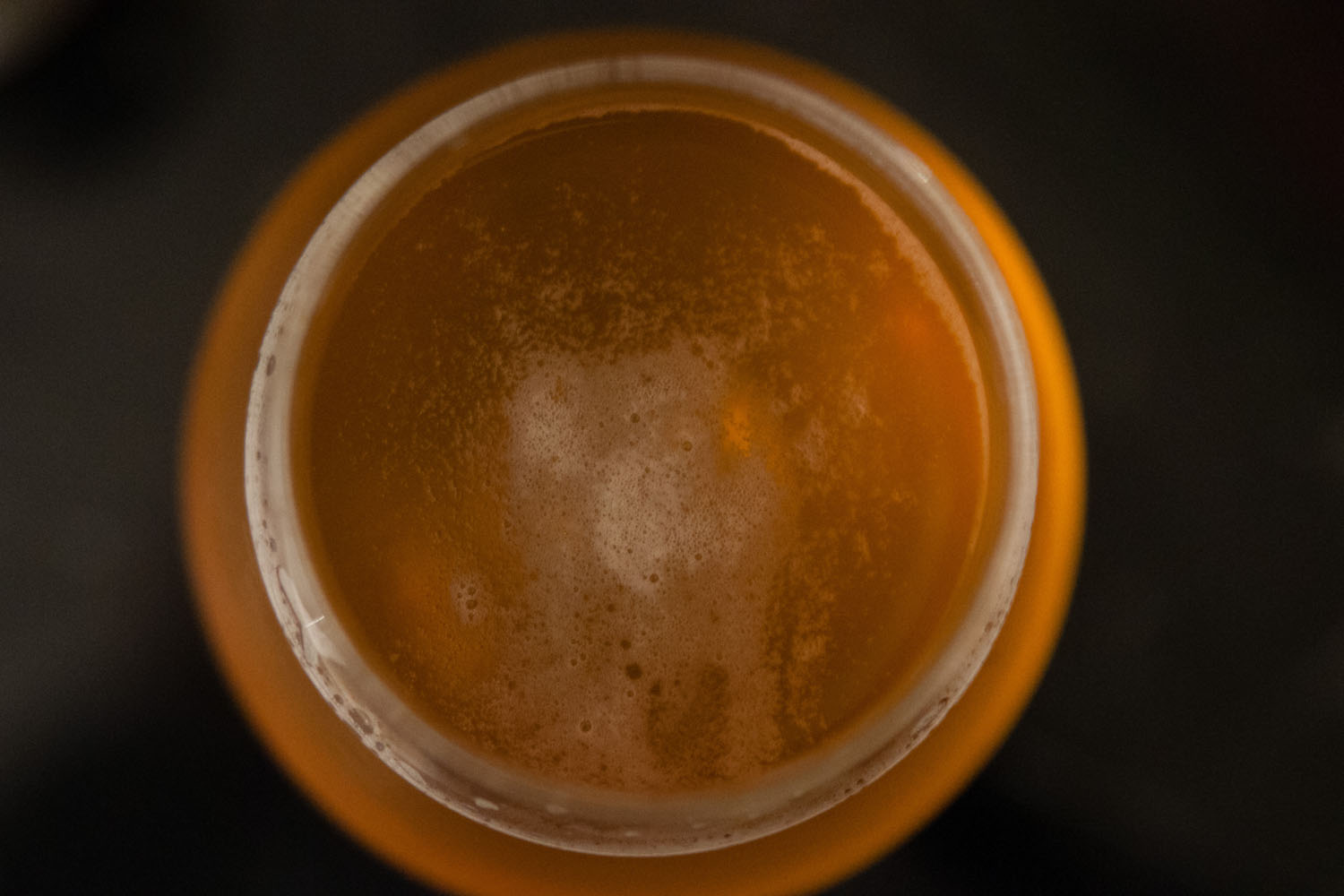 Flavor
The malt shines on the tongue, giving you a wonderful, bready backbone with a touch of sweetness. There is no real discernible bitterness to this beer, nor is there much of an alcohol burn, hence the healthy respect for the style in its home country. It simply doesn’t taste like a high ABV beer.

Mouthfeel
Despite being highly attenuated, this beer is of medium body and feels good in the mouth. The high carbonation can be felt with a bit of a bite along the sides of the tongue that lingers a while after you swallow and could be mistaken for an acid content. Otherwise, this beer disappears quickly enough that I’d call it a short finish – leaving the palate clean, refreshed and ready for more.

Pairing
This is a great beer for hors d’oeuvres or appetizers – think salty and fatty here, as that will be countered by the fruity aroma and semi-dry finish. A smoked salmon and cream cheese would go great with it Wise Monkeys. It could also work well with pasta dishes with a cream sauce, particularly if there is an element of spice included. There is just enough bitterness to stand up to the spiciness, allowing more subtle flavors room to be noticed, while the high carbonation level will scrub and refresh the palate afterward. Fish — as noted on the back of the Wise Monkeys can — is another great pairing. It is also a beer you might consider to pair with your Thanksgiving Day meal in a few weeks.

Overall Impression
There is so much to love here, and to be honest, under a hidden taste test, I don’t believe I could pick this out as an American version — I consider that to be the highest compliment I could give a beer. I really only have a couple of minor criticisms: The head really doesn’t last as long as I expect of this style, and the second is that I’m not left with any of that beautiful Belgian lacing in my glass. Minor criticisms, to be sure, but at the masterful level Manhattan Project is working, these things count.

I already mentioned the packaging in my review of Necessary Evil so I won’t go into detail here other than to say that the Wise Monkeys can is just as useful and even more fun. This isn’t a year-round beer for Manhattan Project, so I wouldn’t wait to pick some up.

Score
On a scale of 1 to 10, I give Manhattan Project Wise Monkeys a 9.