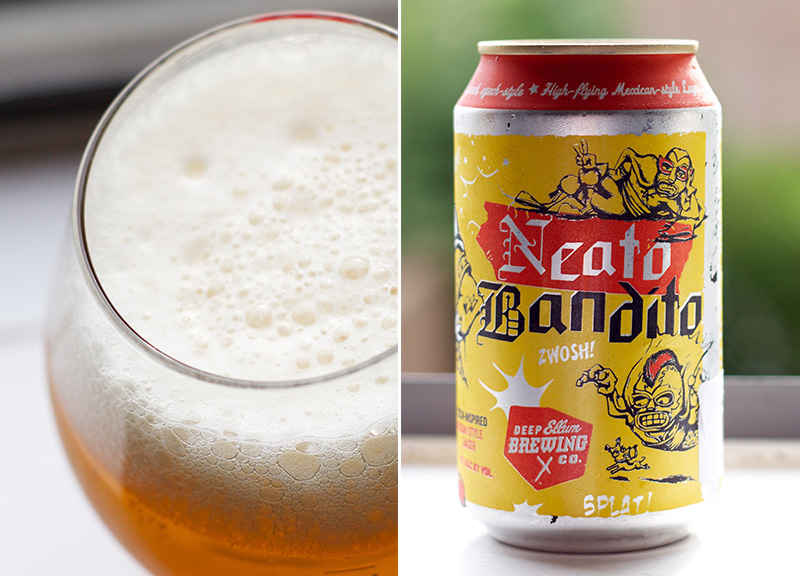 In addition, Deep Ellum makes mention of using quite a bit of corn in the beer. Corn is an adjunct ingredient (basically any source of starch in a beer that isn't malted) that often gets a bad rap in the craft brewing world due to its heavy use in macro American lagers (Miller, Coors, etc.) with less than potent flavor profiles.

That said, corn is great for lightening the body, flavor and color of a beer, and can produce a sweet, smooth flavor. If the goal is to brew a light-bodied, approachable summer sipper — especially if your primary sales market is the oven known as North Texas — these become very desirable flavor components.

Still, though, light lagers — be they the Mexican or American variety — are tough to pull off, especially within the confines of a craft brewery, where customers tend to expect fuller-flavored, higher-quality brews than the $12-dollars-for-30-beers varieties found in most grocery stores.

Background on Czech-Inspired Mexican-Style Lagers.
There really is not a good BJCP style guideline for a Czech-Inspired Mexican-Style Lager, so we'll place this under the Specialty Beer category. Basically this means that the brewer has quite a bit of latitude to brew whatever he wants, and the beer is judged on balance, flavor and ability to showcase different flavors and techniques.

Appearance.
Neato Bandito pours a deep golden straw with a very thick, bubbly white head that quickly recedes into a thin film across the top of the beer. Style-wise, it looks like a slightly darker, more deeply colored light lager.

Aroma.
This beer won't be winning any awards for it's aroma. But, then again, that's not exactly the point of this beer. There's lots of the corn on the nose with a bit of stale grain. There's a bit of a vegetative undertone, too. Try hard enough, and there's some slight herbal spice to be had from the Northern Brewer and Magnum hops.

Flavor.
For a light lager, it's surprising to find some great bitterness upfront. While the beer only sports a miniscule 18 IBUs, due its light body and lighter, corn-boosted grain bill, these IBUs come across much stronger than their measured numbers would imply. After the initial bitterness fades, expect to enjoy herbal, grassy hop flavors and a balanced, delicate malt sweetness.

Mouthfeel.
Neato Bandito has a quite light and refreshing mouthfeel, with slightly elevated levels of carbonation. There's nothing keeping you from enjoying this beer — and quickly.

Overall Impression.
It's actually surprising how enjoyable this beer can be.

With Neato Bandito, Deep Ellum has tackled a style of beer that is frequently one of the most boring out thee and injected some much-needed flavor. While Deep Ellum bills the beer as a Czech-Inspired Mexican-Style Lager, the hop bitterness and flavors seem much more Czech than Mexican. Even the deeper golden and amber color tones scream Czech Pilsner. Were the malt components dialed up a bit, it'd almost be a ringer for that style. The Mexican elements, as it were, seem to come into play mostly with the corn addition, which significantly reduces the body and malt flavors.

Neato Bandito is a beer that seems tailor-made to enjoyed by the pool during a typical North Texas summer. It's light, refreshing and flavorful, and it'd be easy to enjoy multiple in a single sitting.

Still, despite a generally successful effort, the beer certainly lacks an appealing aroma, and — let's face it — light lagers are just always going to be a boring style.

All that said, Neato Bandito could very well wind up as your next go-to poolside brew. 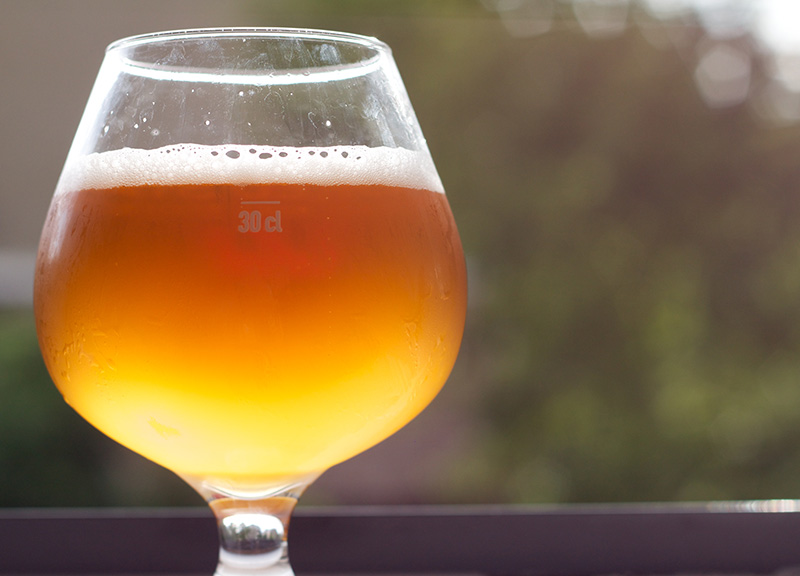 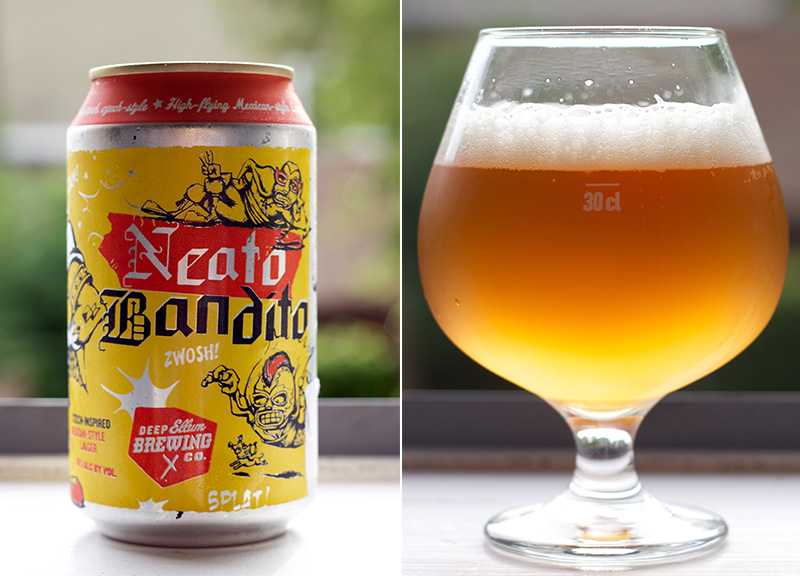 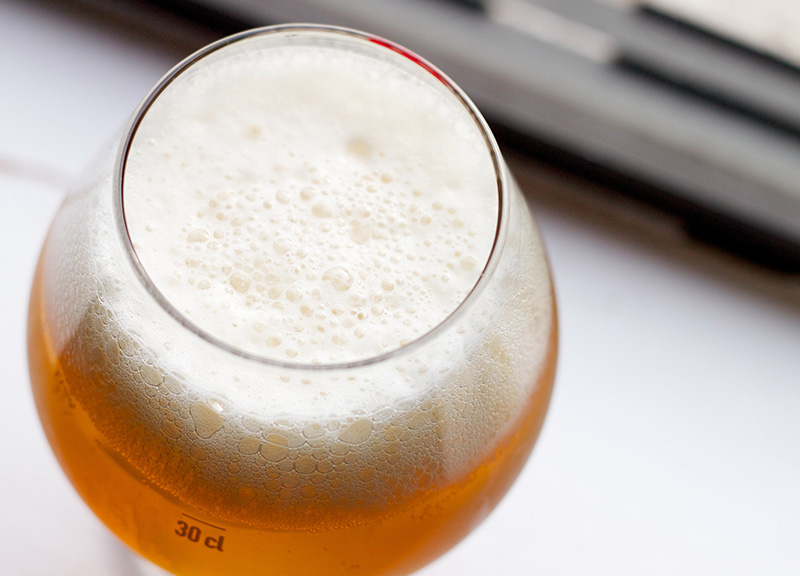 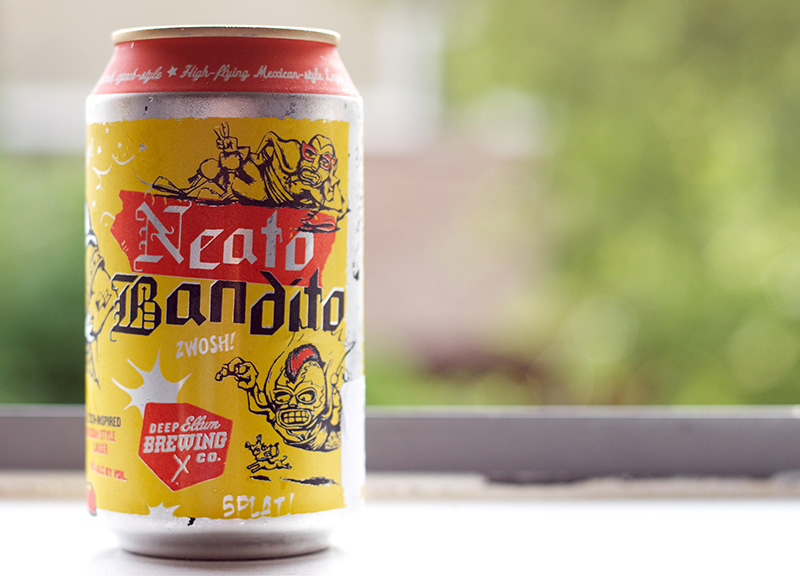 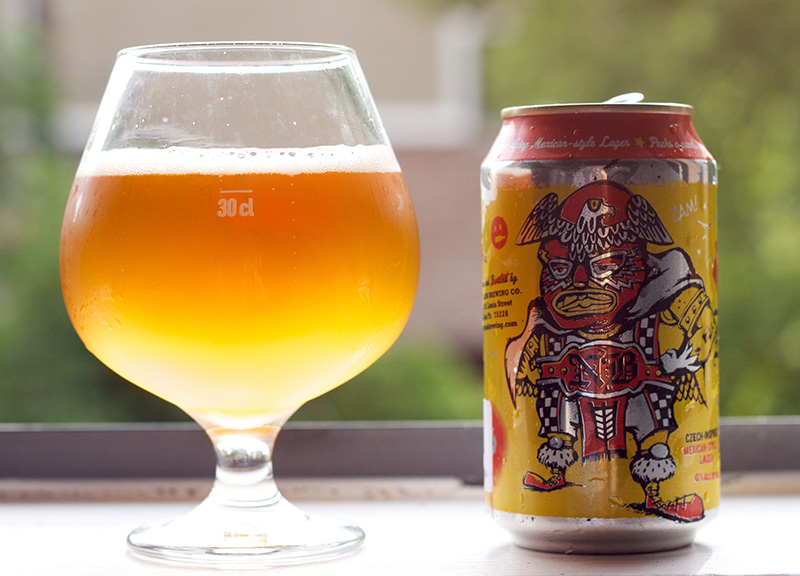