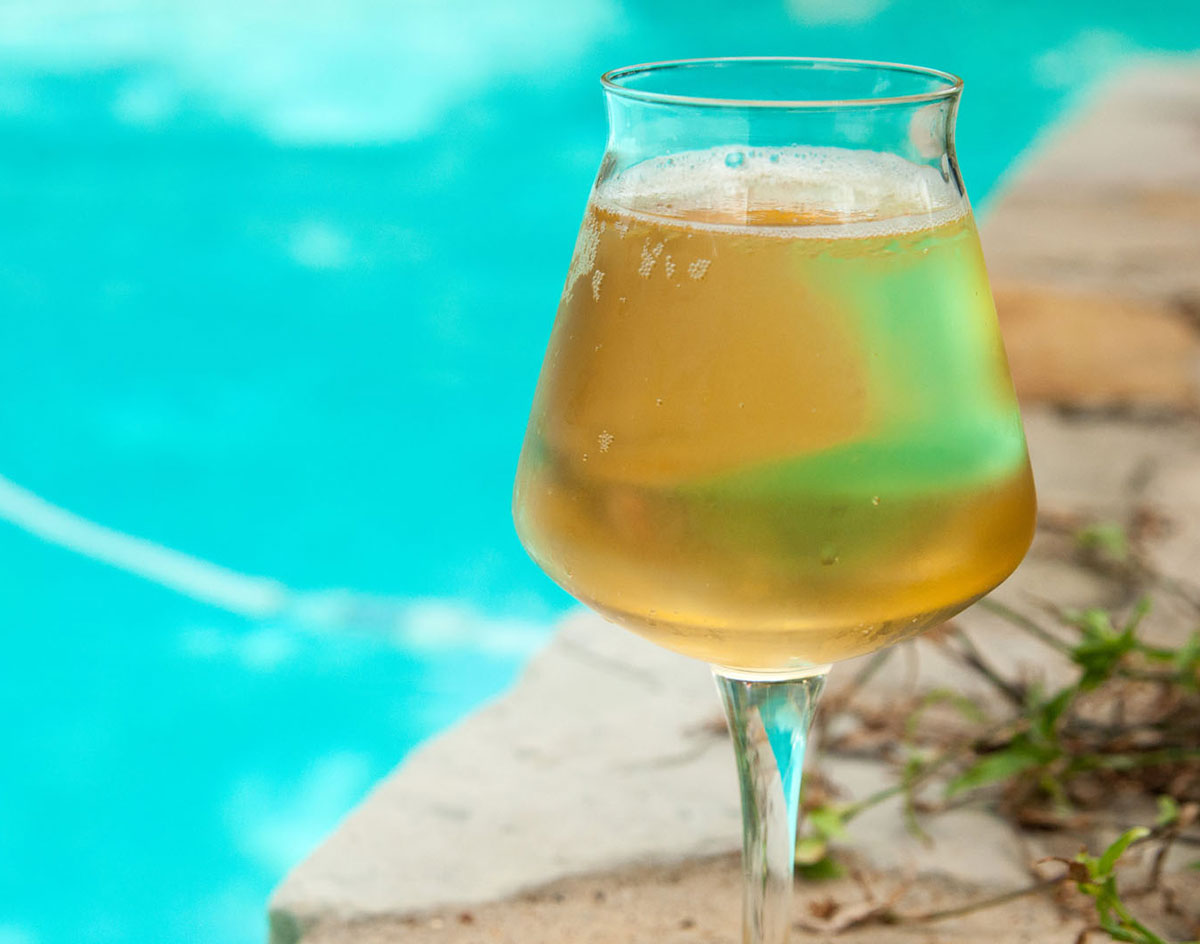 This week, I sipped on a Cup O’ Sumpin’ Sour: Raspberry Lemonade from The Collective Brewing Project.

Overview.
Not so long ago, sour and funky beers were nearly the exclusive province of Belgian beer fans and hipsters who sought unique brews to add to their Untapped check-in counts. Not so anymore, though. In just a few short years, these beers have gone from gimmicks to fixtures on every serious menu space at any tap house worth the name. The Collective Brewing Project, located in the Near Southside area of Fort Worth — with its coolship used for open-air fermentation as well as foeders used to sour and age beers with specific yeasts and bacteria — has quickly become the local leader in this category. Where many breweries will often offer a sour or two in their lineup of IPAs and stouts, Collective has gone all in, specializing in the ever-expanding experiment that is sour and funky beer. 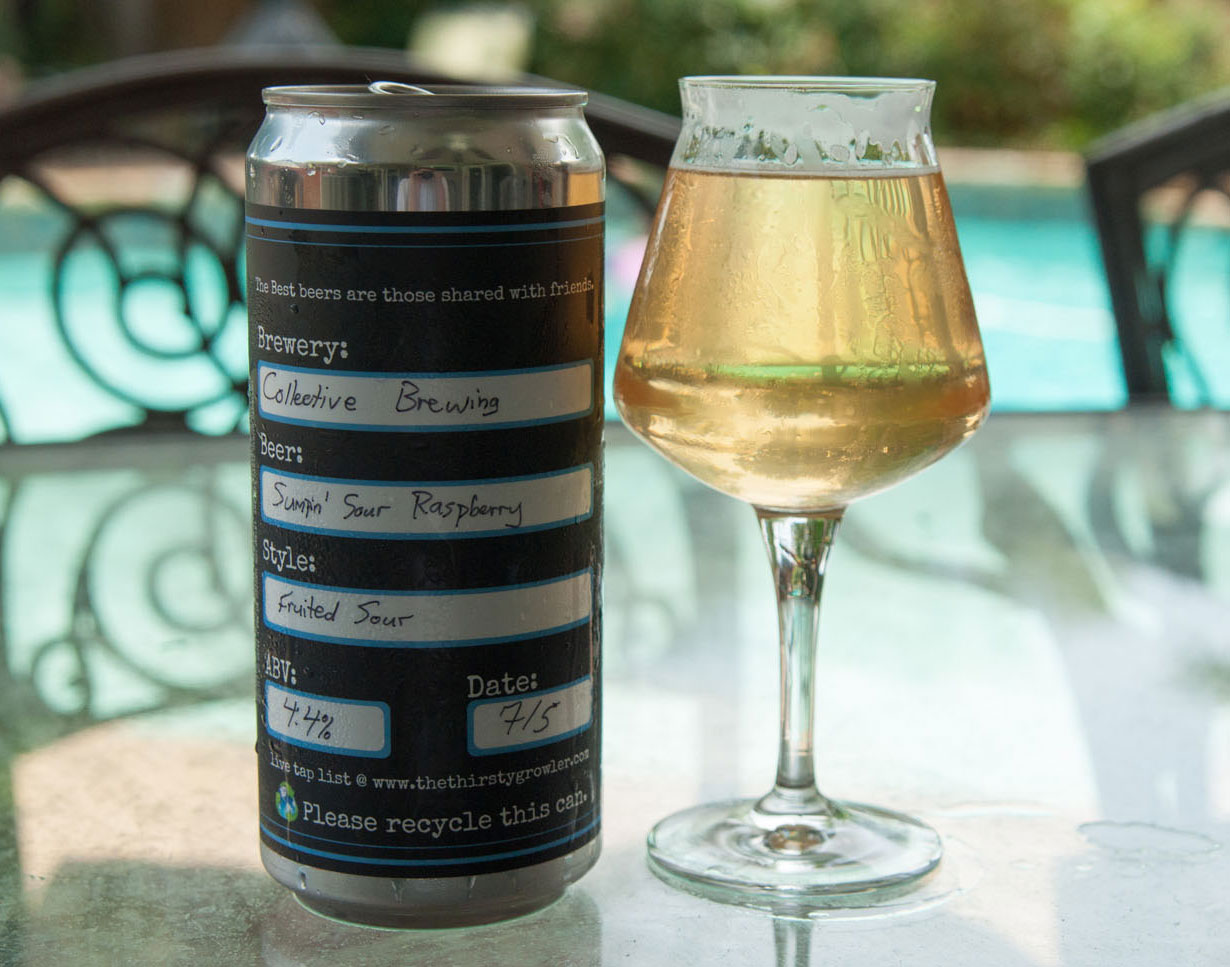 Background on American Wild/Fruit Beer.
If this beer were going into a brewing competition, I’m pretty sure it would get classified as an American Wild Specialty Beer, which is defined as “a sour and/or funky version of a fruit, herb, or spice beer” by the BJCP. That would make the base beer in this case a fruit beer due to the generous addition of raspberries. However, even a fruit beer is supposed to be a fruited version of a recognizable base beer, and that makes this case somewhat hard to pin down. I am left thinking it’s Collective’s spin on a Belgian gueuze — a wheat beer that is brewed with aged hops, spontaneously fermented, barrel-aged for up to three years and then blended with younger gueuze to create the finished product. But, if I’m honest, I have to tell you that is just my educated guess. I could be completely off base here. And you know what? It really doesn’t matter, as it doesn’t change the fact that this is one wonderful beverage.

Appearance.
On first pour, I at first wonder if I have the right beer going into my glass. With both raspberry and lemonade mentioned in the title, I had assumed there would be a rose tint to this beer — but not so. It pours pale straw, bordering on clear. The head is voluminous and wedding gown white, quickly filling the glass but just as quickly subsiding to a ring of tight bubbles floating on the surface and against the sides of the glass. Visually, it’s striking just how much this beer looks and acts like champagne. In fact, if the two beverages were served side by side, both in Champagne flutes, I’d be hard pressed to tell them apart — although champagne does have more color than this does. All in all, it’s very visually appealing.

Aroma.
This beer is bursting with effervesce — like it wants to be noticed. It is exuberant; think of it like an excited puppy greeting you at the backdoor when you return home. It is light, bright and tart, all at the same time. Red berries are the obvious dominant scene here, but that’s to be expected from the name. Hints of lemon and sweet melon are thrown in top, but those are working hard to overcome the raspberries. 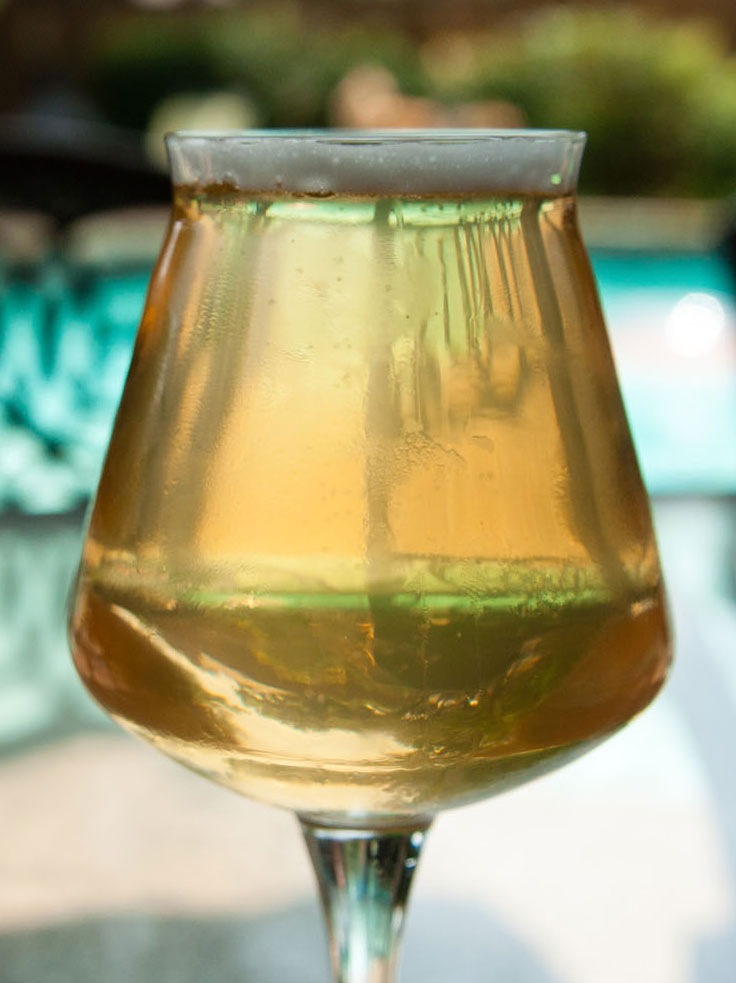 Flavor.
Tart. You know what is what this beer is before it hits your tongue, and it doesn’t disappoint. For me, tart is the lighter side of sour. It’s full of fun and laughter, while still being a bit mysterious. And that describes this beer to me. But along with that tartness here also comes an acidity, and the two elements work together to grip the inside of your mouth, coating it in raspberry goodness. The lemonade flavor comes along toward the end, hitting you in the back of your mouth with a clean, subdued citrus before finishing dry.

Mouthfeel.
The carbonation is the big star in the mouthfeel department. You can feel it as you hold it in your mouth. This beer is alive with bubbles. Looking past the carbonation, this beer is thin and while that is often not a desirable trait in a brewed beverage, here it is perfect. It slides off the insides of your cheeks and into your throat easily, leaving little behind but a mouthwatering sensation that has you both refreshed and wanting more.

Pairing.
The first rule of pairing beverage and food is to match the intensity. Here, that means nothing heavy. My first thought is a fruit salad. But, really, I could see this beer working anywhere fruit makes an appearance over the course of a meal — from appetizer to desert. Fried chicken is likely the heaviest thing I’d pair with this beer, but that’s a dish I love with lemonade, so I think this will work. Most of the pairings that really hit me while drinking this have nothing to do with food, though. Instead, my mind wanders to things like chicken fights in the pool, tubing the river or catching fireflies in the backyard. Probably the best pairing I can think of for this beer is a season — summer, of course. 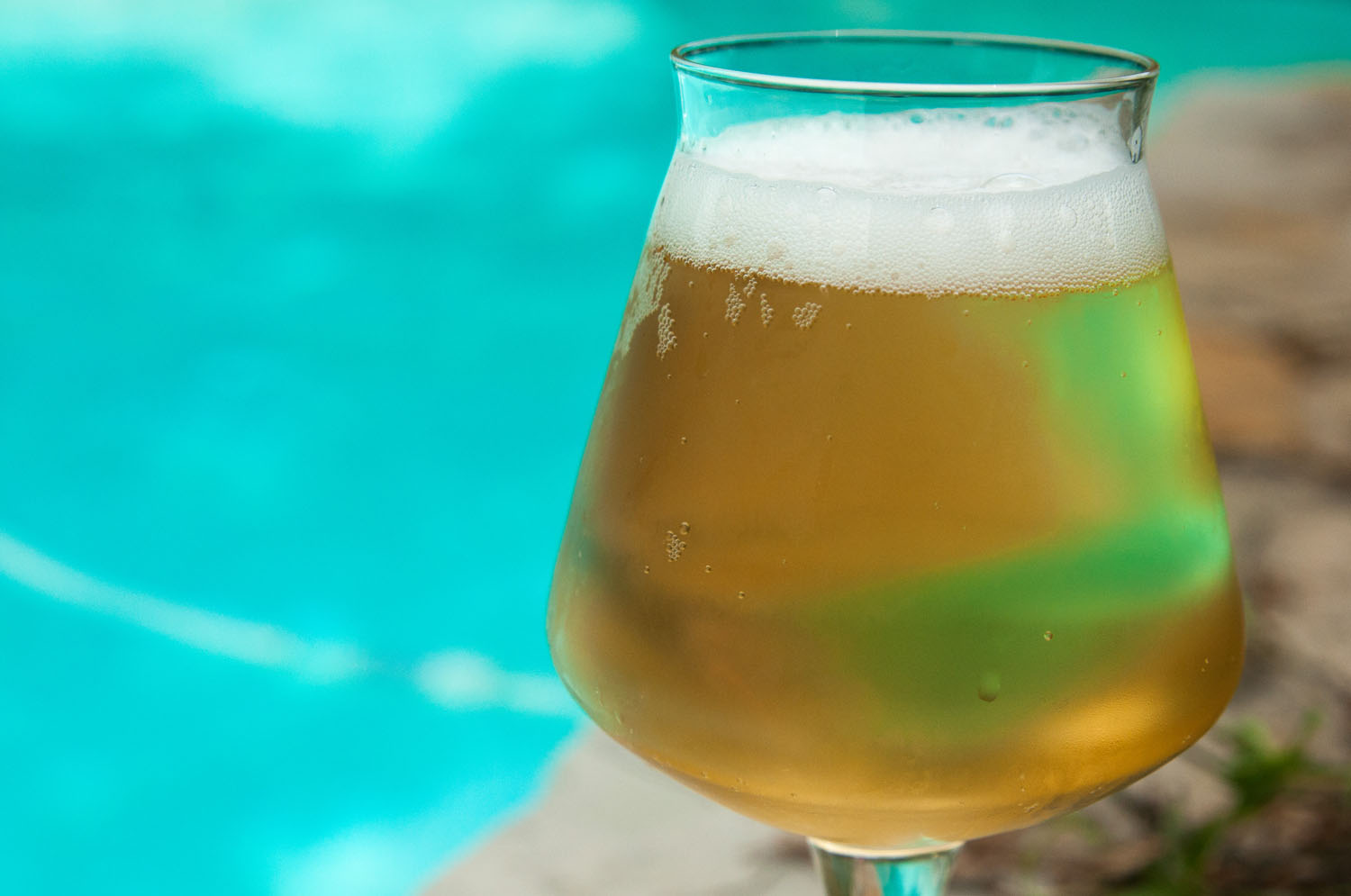 Overall Impression.
I both like and appreciate a good sour beer — but most often just in small doses. I’ll order a pint of a sour, and when that’s gone, I’ll move on to more mainstream styles. So imagine my surprise when I got to the bottom of a 32-ounce crowler of this beer and still wanted more. At just 4.4 percent ABV, that’s OK: This is really a session beer, which is to say you can feel free to go ahead and order another. This is truly a perfect all-day brew for the summer heat.

Interestingly, Collective Brewing Project lists ramen noodles as one of the ingredients in this beer — hence the “Cup O’ Sumpin’ Sour” name. Perhaps I’m just too far removed from my college days to really recognize the taste anymore, or maybe I’m just too happy with the tart raspberry lemonade goodness, but I couldn’t find the ramen in here.

Regardless, this beer is a winner, and my biggest frustration with it is that I can’t yet run out to the closest packaged beer store to grab a sixer to drink while I mow the yard or head out to the lake. However, if this is the biggest issue to be had with a beer, then the brewer has a winner on their hands. And I’ll happily head to their taproom to grab more the next time I’m in Fort Worth.

Score.
On a scale of 1 to 10, I’ll give Cup O’ Sumpin’ Sour: Raspberry Lemonde from The Collective Brewing Project an 8.