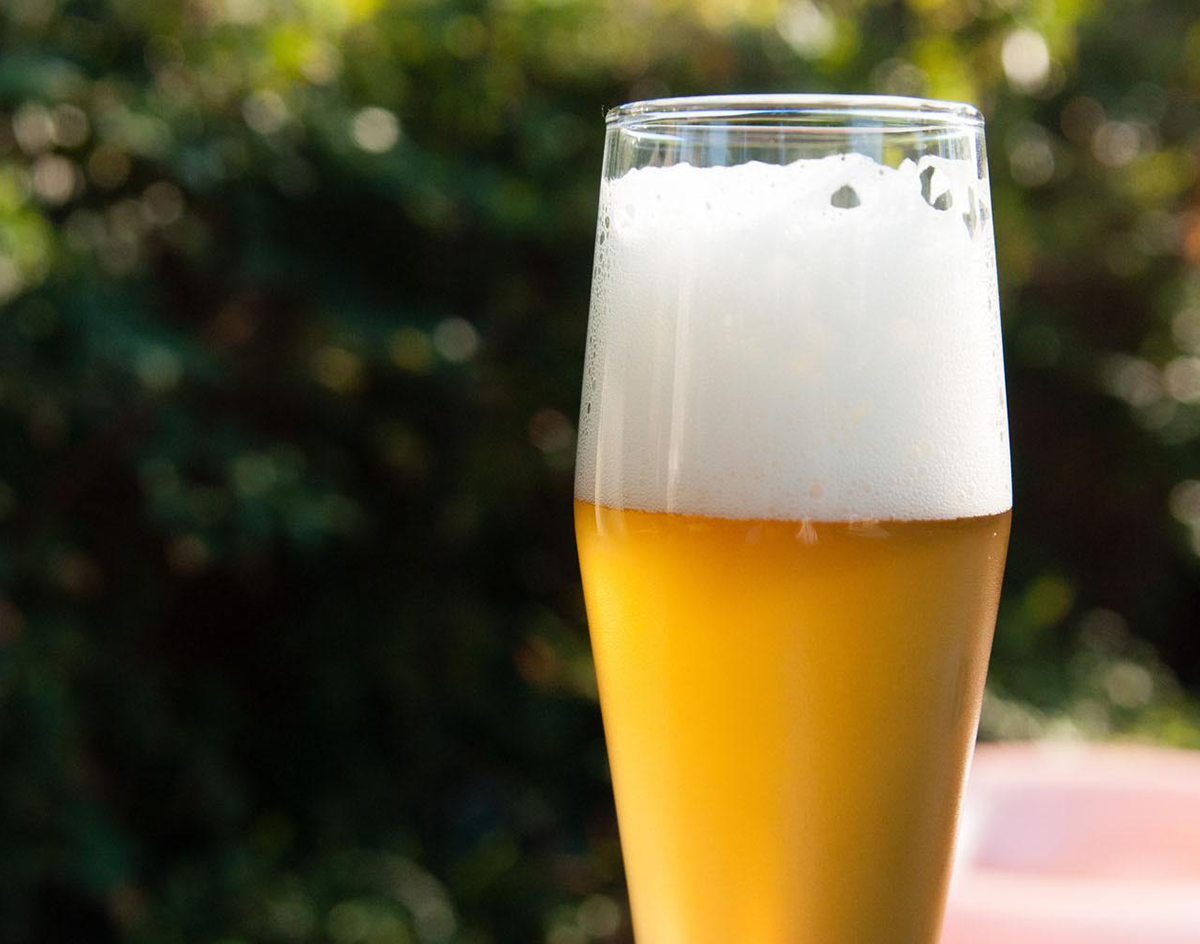 Somehow We’ve Never Reviewed The DFW Classic, So We Made Sure It Was The First Beer We Grabbed After The Beer-To-Go Law Went Into Effect.

This week we sipped on Golden Opportunity from Peticolas Brewing Company.

Overview
As of September 1, beer-to-go is finally a thing in Texas and it’s in no small part thanks to Michael Peticolas that brewers now have the ability to sell their own product directly to a thirsty public. While the man himself will humbly tell anyone who wants to listen that there is plenty of credit to go around – and he isn’t wrong there – he has been something of the public face of beer law reform in North Texas since he opened Peticolas Brewing Company in 2012. For that reason, I decided early on that if Peticolas sold something pre-packaged and had not already been reviewed, that would be my first beer-to-go review.

Enter: Golden Opportunity. Along with Velvet Hammer Imperial Red Ale and Sit Down or I’ll Sit You Down Imperial IPA, Golden Opportunity became one of the first pre-packed beers a knowledgeable drinker with a defining palate could walk into the taproom, pay for and walk out with.

Background on Kölsch
Kölsch hails from the German city of Cologne (Köln) and is one of two Rhine River Valley’s top fermenting beers (the other is Altbier from Dusseldorf). While top fermenting beer – or ale – has been a tradition in the Rhine River Valley since the middle ages, Kölsch has only been around since the mid-1800s and was first brewed to counter the influx of pilsner style lager from Bohemia and Bavaria. The name Kölsch is a protected appellation in Europe and its use is restricted to twenty or so breweries in and around Cologne. American breweries are, however, not bound by this restriction and use the name liberally.

The style is characterized by a delicate balance and clean flavor, highlighted by subtle fruit and hop aromas. It is a straw gold in color and brilliantly clear. Authentic commercial versions are filtered to achieve this clarity. It is a crisp beer, best consumed when cold. In Cologne, to ensure it isn’t allowed to get too warm, it is served in a 200ml (roughly 6 fluid ounces), straight-sided glass called a strange.

Appearance
Golden Opportunity pours a somewhat cloudy straw-gold color with a frothy, white head firm enough to build up above the glass without running down the side. The foam also hold considerable staying power, lasting 5-10 minutes. When it finally dissipates, it does so in an irregular fashion where larger bubbles below the surface break first, before finally settling into a smooth film of bubbles layered on top of the beer. 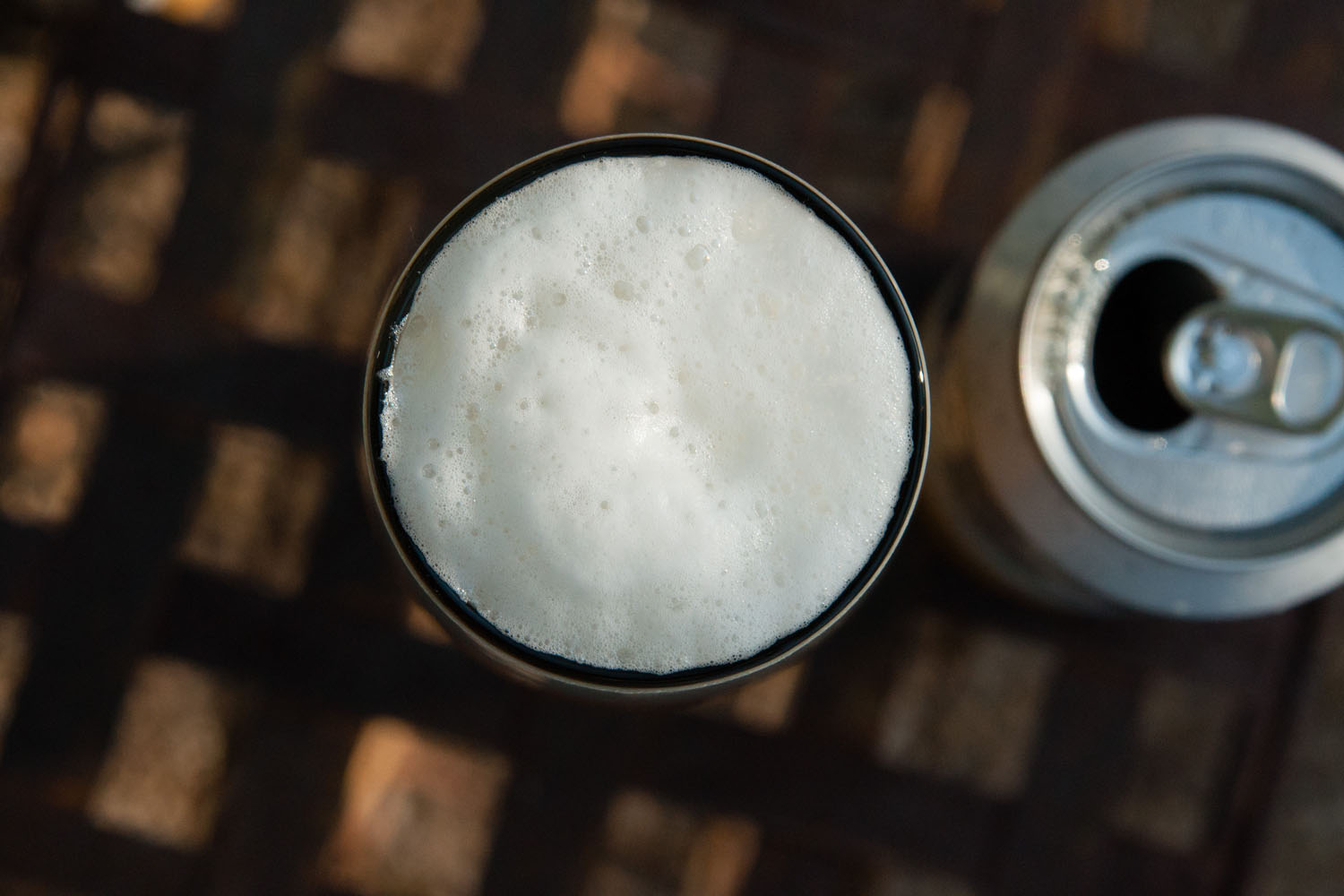 Aroma
Golden Opportunity is clean and fresh, like a more subtle version of what you might smell opening the washing machine after running a load using a floral detergent. While some subtle, fermentation-created esters are allowable by the BJCP Guidelines, most American brewers have taken liberties with it and not put in the work to get it right. Not so with this offering from Peticolas. Even the grain aroma is faint until it warms up further than should ever happen with a Kölsch.

Flavor
This beer is clean and very easy on the palate. There is real balance between the sweetness of the malt and the floral bitterness of the hops. Golden Opportunity starts sweet but finishes semi-dry. The flavors are all subtle. What I think of most when I drink this is fresh clover honey spread on homemade bread. The bitterness asserts itself a bit toward the end but not in a harsh way.

Mouthfeel
Smooth and round is the best way to describe Golden Opportunity. It’s medium bodied with medium-high carbonation, which puts it to the high side of both scales for a Kölsch. The carbonation leaves my mouth tingling, seemingly trying to hang on even after I swallow. The finish is relatively short and mostly clean, leaving behind a faint bitterness. 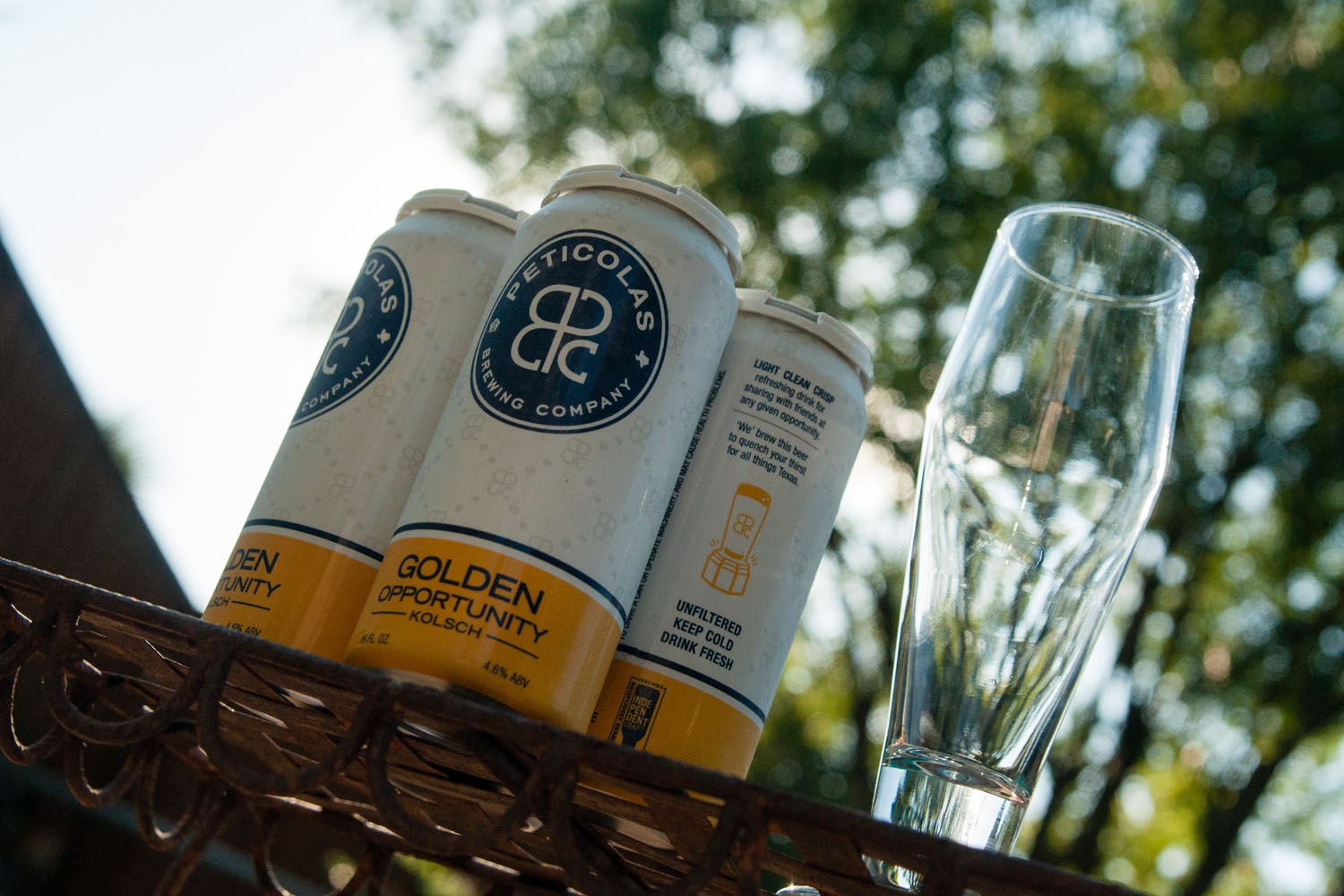 Pairing
Golden Opportunity is a light beer, so light dishes are in order. It would be a great accompaniment for all kinds of fish where a more delicate form of cooking – steaming or boiling – is used. Unlike grilling or baking, these preparation methods get away from the Maillard reaction that browns food, forming darker and more intense flavors, leaving food light. Steamed flounder or turbot would be great with this. Lobster, shrimp and crab would also benefit from pairing with this beer, so long as you avoid assertively spiced versions. This is a great salad beer too — perfectly at home next anything you might want to put on your greens from boiled eggs to cheeses. Speaking of eggs, Kölsch goes great with omelets so if you aren’t a mimosa person and are in need of a Sunday brunch beer, Golden Opportunity has you covered.

Overall Impression
Golden Opportunity is just bit heavy in the body for a Kölsch and I wish Peticolas would filter it for that brilliant clarity so indicative of the style. However, every brewery has its own brewing style, if you will, and this beer fits directly into what I have come to think of as the “Peticolas style.” I’m a romantic about certain aspects of each beer style, and with Kölsch, the clarity is important to me. The only other slight criticism I might have is the packaging. While I love the 16oz tall boys most of the time — I feel like I’m getting a better value by Peticolas using them — I don’t like it with the Kölsch. This is a beer that should be consumed cold and by giving me a package that has nearly 3 traditional serving sizes in it, Peticolas is forcing me to either rush through it or let half of it get overly warm — two things I don’t want to do. I understand why they did it though, and like I said, it’s a slight criticism.

With those points out of the way, I have to tell you that this beer is a real winner. Kölsch is another of those hard to brew beers, as witnessed by the high number of them on store shelves so wide of the stylistic mark. The style requires a firm grasp of recipe creation and restraint that we rarely see in a craft beer industry that has sold out to the American ideal of “bigger is better.” Peticolas makes nothing but great beer, however, and this beer really highlights the skill and attention to detail the brewery brings to its work. Golden Opportunity is perfectly balanced, amazingly nuanced and a joy to drink.

Score
On a scale of 1 to 10, I give Peticolas Brewing Company’s Gold Opportunity an 8.