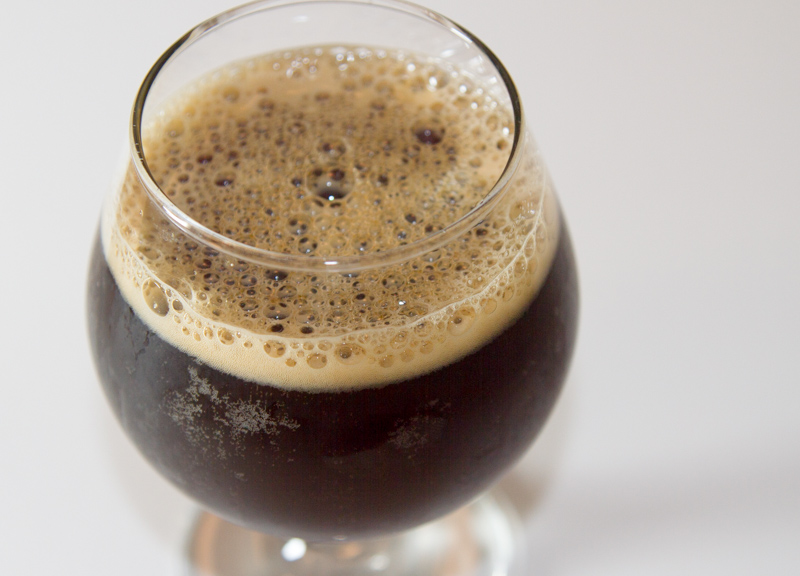 Overview.
Deep Ellum has a good thing going with Four Swords. In fact, the beer is so good that it placed bronze in the Belgian-Style Dark Strong Ale category at the 2014 World Beer Cup. And, while this barrel-aged version that I'm reviewing here isn't the exact same beer that won the award, I still feel that it's important to point out that fact.

Perhaps the most fun part of this beer is the barrel-aged part. This beer was aged in Cabernet barrels from the somewhat recently relocated Calais Winery. Anybody up for a road trip to the Hill Country? Sign me up.

But, OK, how do we feel about this beer? Is it good enough to place on the higher end of our beer-rating spectrum? Keep scrolling, gentle imbiber!

Background on Belgian Dark/Strong Ale.
Belgian Dark/Strong Ales, sometimes referred to as quads or quadruples (or quadrupels if you really want to be an a-hole about spelling), represent the pièce de résistance of Belgian brew. Just kidding. That fact that they're called quads doesn't mean that they represent anything other than a nod to their past. Kidding again! Actually, there's some debate on what the names mean and how they fit. Like Belgian singles, dubbels and tripels, this style represents another variation of style of the Belgian beer theme. Belgian Dark/Strong Ale sits at the top, ABV-wise, of this grouping of beers.

Belgian Dark Ales will tempt you with their strong malt backbone and their boozy sweetness — and then, like a blur, you'll find yourself wondering how two hours went by. Some Belgian Strong Ales have a drier finish and are lighter in color, like the unassuming but still put-you-on-your-ass-able Duvel.

On a more serious note, quads are known to have a very large grain bill, with ABV ranges starting at nine percent and going up. Most are fermented with abbey ale strains that play nice with massively sugary wort and cooperate to produce higher-alcohol brews without struggle. Unlike their tripel siblings, which are hop-intense, quads are more nuanced in this department.

Appearance.
Four Swords lives up to its promise as a dark ale. And, man, it is dark. When put up to light, the deep copper color shines through. I don't have a side-by-side comparison of this beer to the regular Four Swords, but I would guess and say that the barrel-aged version has picked up some residual color from the year-plus time it spent hanging out in the barrels with some leftover Cabernet wine bits. This is not a clear beer, but that's not exactly the point.

Aroma.
This sounds strange, but for me, Four Swords has aromas of some lost nostalgic memory of my past. I'd say it was from childhood, but that would make me sound like a child alcoholic. Perhaps it's the raisins or the sweet caramel that trigger that something-ness in my brain. Hops are here in this beer, but they are not noticeable on the nose to me.

Flavor.
If there were an after-dinner beer, Barrel Aged Four Swords would be it for me. It is almost a port for me — a haunting, sweet massive flavor punch that asks me to sit for a while and sip it. There's no doubt that the Cabernet shines through on this beer. I sense it in the initial taste as well as the aftertaste. There's an acidity through the swallow, a tannin-filled warmth and slight woody note accompanies it, and the aftertaste has a brightness that wouldn't be there without the Cabernet. This beer is heavy on the esters, and was most likely fermented on the warmer end of the acceptable range for the Abbey Ale yeast strain. That was a good decision on Deep Ellum Brewing's part, too, because it makes the beer weirder and more complex. I'd guess that aging this beer for another year or two would continue to mellow the alcohol note. But that's not to say that it's not enjoyable now.

Mouthfeel.
Barrel Aged Four Swords is on the biggest end of the mouthfeel spectrum. It's huge maltiness and residual sugar have a subtle nuance that makes for a nice, warming, velvety feeling on the mouth. The sample that I am having is from a glass growler and is one week old. and it still has decent carbonation. Props to my local haunt — Lakewood Growler — for their continued commitment to quality.

Overall Impression.
Overall, I'd say that this is one of the better Dallas beers!

Because of its limited run, however, I don't think that it will have the more widespread popularity like a Mosaic IPA or a Velvet Hammer.

Does this beer have staying power like the Dallas top beers? No. But who cares? This is beer-aged in barrels — a very limited release of a somewhat limited beer, aged from a small batch of Cabernet barrels. The whole idea here is that this was sort of an experiment.

As with all things brewing, when you add more variables and contact points, the risk for contamination or infection goes up. Conversely, the likelihood of reproducing the same product over and over goes down. With those risks, however, come the reward of an exceptional beer like this. And that is what makes the experience of having this beer so unique. 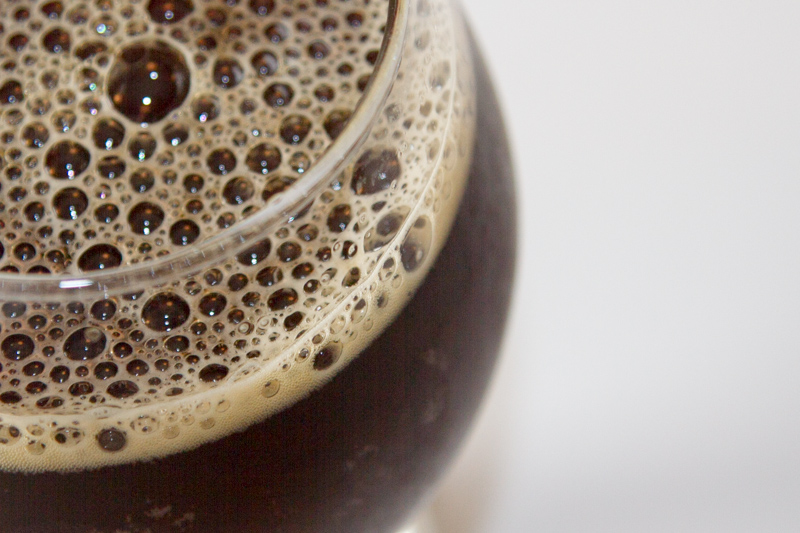 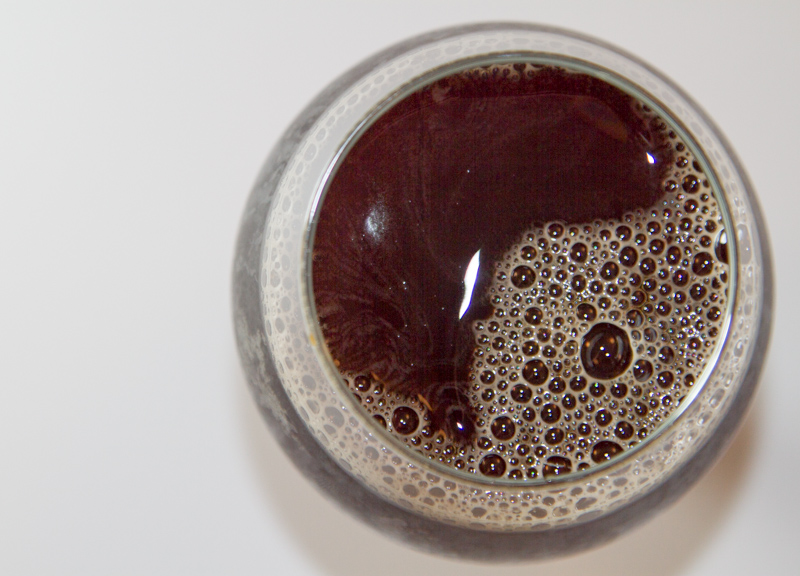 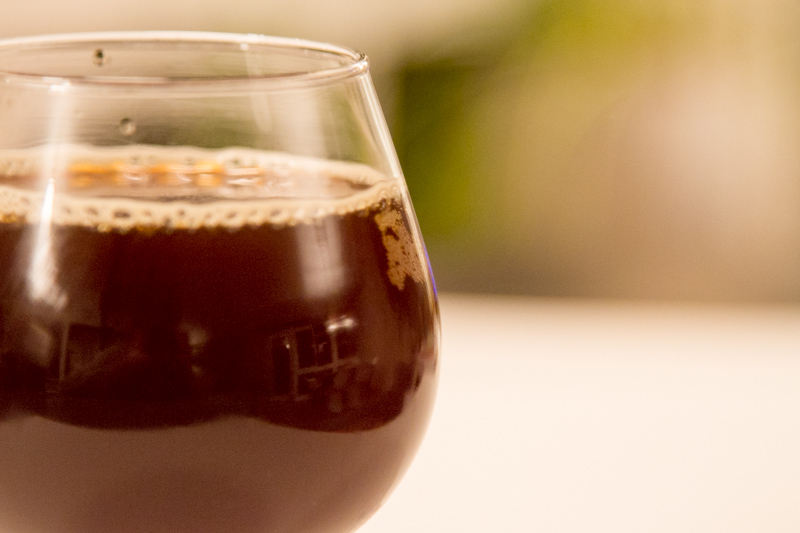