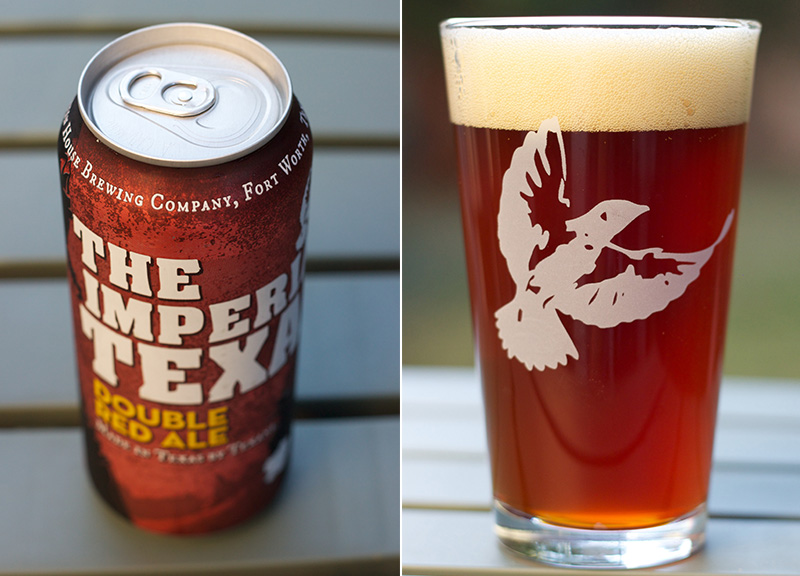 Overview.
I remember the first time I tried Imperial Texan. It was at the Big Texas Beer Festival, and I remember being seriously impressed at the time. What I most remember is a really intense but clean hop flavor — something that was a bit atypical of other hop-forward beers in the market at the time. From what was then a new brewery in town, the beer flashed some considerable brewing skill and a certain respect for the ingredients that I really appreciated. Since that time, Martin House Brewing Company has quietly assembled an incredibly solid lineup of regular beers — Day Break and There Will Be Stout are two of my favorite local beers at the moment. So, we revisit Imperial Texan today to see if it holds up to initial impressions established long ago.

Background on Double/Imperial Red Ales.
Last week, we took a look at Herb/Spice/Vegetable ales, a category that generally lacked a true defining style guideline. If you didn't catch the article, here's what you need to know: Herb/Spice/Vegetable ales are basically open for interpretation by the brewer. Bottom line, though, they need to showcase the ingredients used above all else.

As with the Herb/Spice/Vegetable beers, Double/Imperial Red Ales don't have a great Beer Judge Certification Program style guideline. Under that organization's umbrella, these beers fall under the catch-all category of “Specialty Beers,” which it shares with many disparate styles, such as like Honey Beers, Imperial Porters, Rye IPAs and even Malt Liquors.

So, basically, the brewer can do whatever he damn well pleases with a Double/Imperial Red Ale, so long as the end result is a good beer. In the immortal words of a slightly inebriated Finger Lakes wine taster: “If it smells good, tastes good, then it is good!” And that works here.

Still, since the closest judge of character here is probably the
American Amber Ale, this specialty version should have similar characteristics to that classic style. As for American Amber Ales and their Imperial counterparts, basically think of an American IPA (clean, hop-forward and bitter, with a subtle malt backbone) and add a more complex and present malt flavors.

Appearance.
Imperial Texan pours a medium reddish amber with a creamy, thick, slightly off-white head. The head really lingers on top of the beer for a long while and clings to the glass, too.

Aroma.
There's a very fresh floral hop aroma present here from the jump. If you happen to drink this one out of a can, be sure to put your nose to the opening just as you pop the top and take a whiff. The sensory experience is truly a hop-lover's dream. There's a touch of sweetness on the nose, but it doesn't smell as if it's derived from the malt as you might expect with a malt-forward beer. Once you get past the hops, there's a faint hint of grain to balance things out.

Flavor.
Intensely bitter. Lots of upfront resin, pine and wood flavors from the hops. It dries out your mouth almost like a seriously tannic red wine would, which is somewhat unusual for what should be a more malt-forward affair. But it's not unwelcome in this instance. After the hops, you'll notice the malt backbone — slightly sweet but not overly so and certainly more malty than its American IPA cousin, but not enough to put it on par with a traditional Amber or Brown Ale. At 8 percent alcohol by volume, you won't taste any alcohol notes, although you may feel its warming effects sooner than later. Lastly, the Imperial Texan finishes clean, inviting you to take another sip.

Mouthfeel.
Medium mouthfeel with a great depth of flavor. Good levels of carbonation.

Overall Impression.
Red Ales don't seem to get the national attention of other, more-popular styles, such as Stouts or IPAs. That makes sense in a way; it's a style that sort of doesn't know what to make of itself. It's caught somewhere between more well-defined Amber Ales and Pale Ales. It's hoppy and bitter, yet it's still malty and sweet.

Still, that mashup of styles is exactly what makes this type of beer so drinkable. And we're fortunate to have two great examples of the style in the market between The Imperial Texan and Peticolas' Velvet Hammer. We'll talk about the Velvet Hammer some other time. For now, know this: The Imperial Texan is eminently drinkable and enjoyable. I highly recommend it. 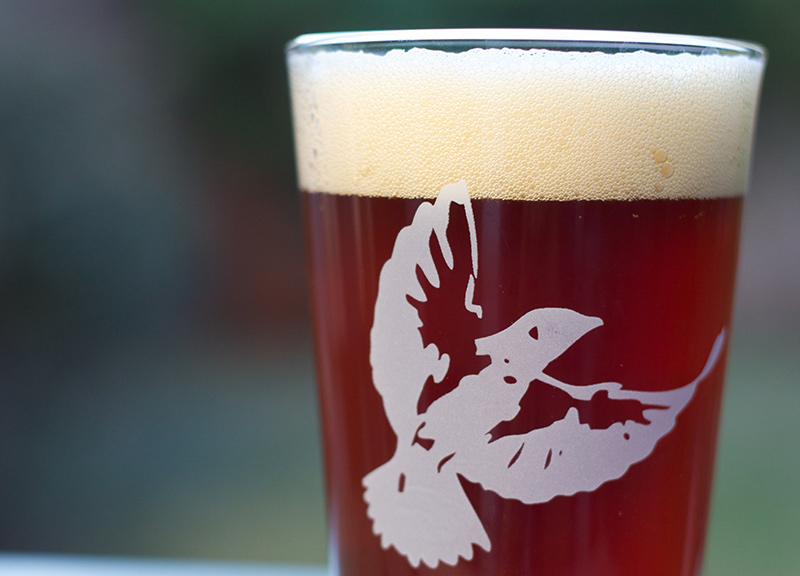 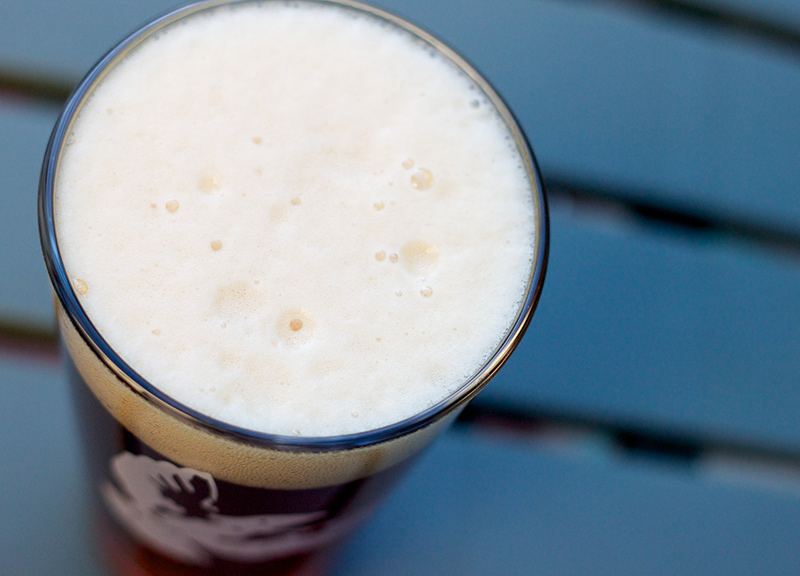 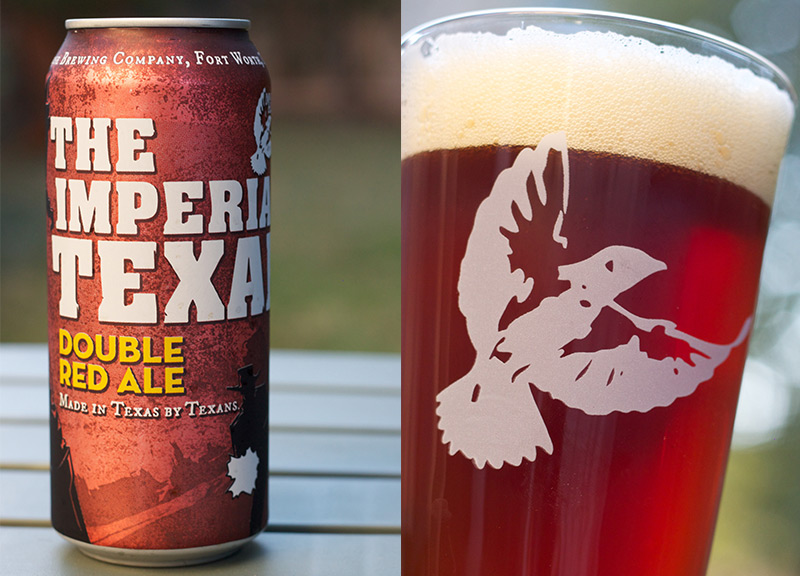 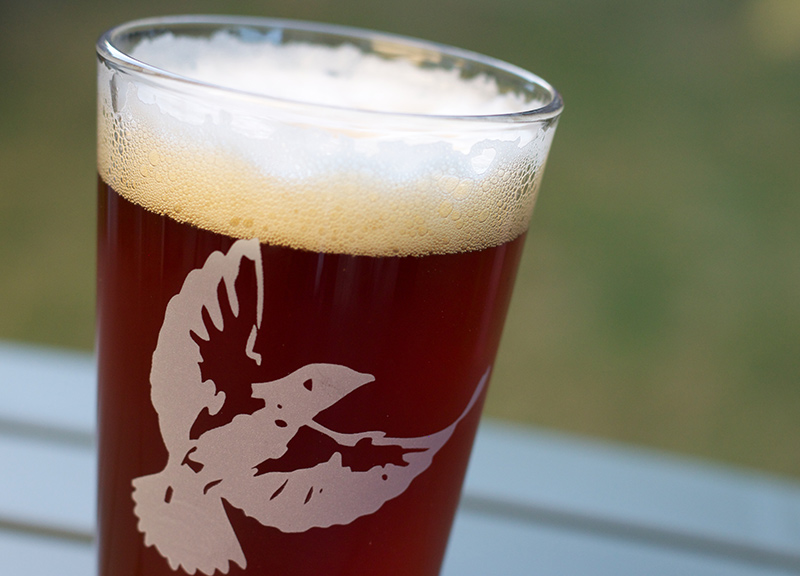 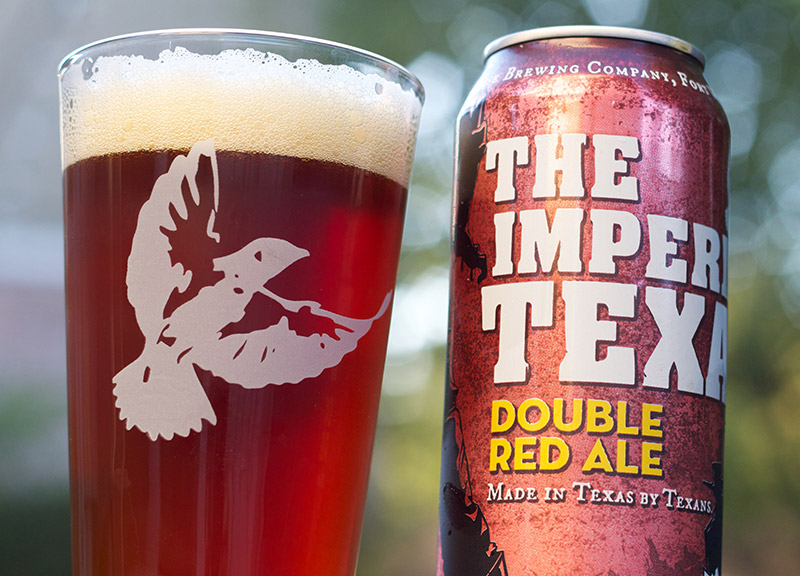