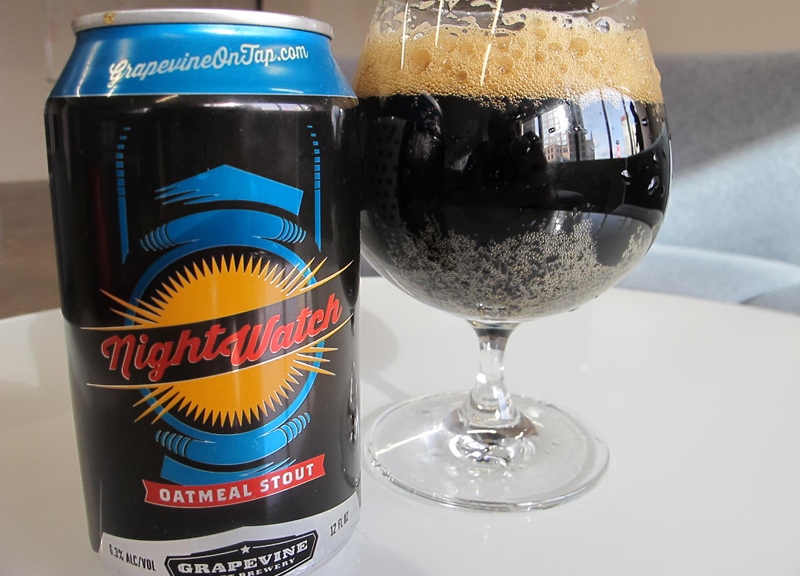 Grapevine Craft Brewery's Nightwatch Is A Fine Beer, But Not The Oatmeal Stout It Claims To Be.

This week, we sipped on Grapevine Craft Brewery's Nightwatch.

Overview.
After 16 months of waiting, the people of Grapevine will soon get the microbrewery they've been promised, the one that shares its beloved city's name.

Construction delays had previously impeded owner Gary Humble's original plans of opening a brewery in his hometown, but, starting in April, Grapevine will finally begin moving operations from its temporary location in Farmers Branch to it's forever-intended home — while doubling its annual brewing capacity to 14,000 barrels in the process.

Already open for more than a year, Grapevine Craft Brewery has certainly weathered the storm of mixed reviews of its product. You'll notice with a quick glance at our previous reviews of the brewery's Lakefire Rye Pale Ale and Monarch Classic American Wheat that we've yet to warm up to its year-round offerings. Others have shared similar views of the beer, with one review even prompting a rather uncomfortable public response from Humble to the Dallas Observer's Steven Harrell.

Despite this, Grapevine Craft Brewery received the greatest validation for its Sir William's English Brown Ale in 2014 when it walked away with a gold medal win at the granddaddy of all beer festivals, the Great American Beer Festival. Grapevine Craft Brewery even claimed thebest non-seasonal beer in North Texas nod from D Magazine that same year.

So, clearly, opinions on this brewery are all over the map. But, today, we'll mostly aim to see if Grapevine Craft Brewery's Nightwatch prevails as the faithful, dependable and trustworthy oatmeal stout our community needs.

Background on Oatmeal Stouts.
Oatmeal Stouts should carry a mild roasted grain aroma with subtle, sweet, coffee-like characters. Their appearance should be a medium brown to black in color, with complex flavors of dark roasted grains and a malt sweetness giving off the impression of milk chocolate or coffee with cream. Medium hop bitterness is acceptable to help with balance. A medium-full to full body and a smooth, silky and almost oily texture should be present from the addition of oatmeal with medium to medium-high carbonation.

Appearance.
Nightwatch pours a deep brown, nearly black color, with a tan, one-finger head. The head fades rather quickly to give a good level of lacing.

Aroma.
The beer's aroma is light but pleasant. It's best described as a mix of roasted malt and light chocolate, with dark fruit characters thrown in.

Flavor.
Nightwatch begins with a more dry, roasted malt flavors, with chocolate and roasted coffee flavors also greeting the tongue. These flavors are quickly met with some caramel sweetness and a bit of dark fruit. As the taste advances, it sweetens even more with some flavors of vanilla and cream coming in at the end. Overall, it leaves a very satisfyingly sweet yet roasty flavor to linger on the tongue.

Mouthfeel.
Considering its strength, the body of this beer is disappointingly on the lighter side for an oatmeal stout. The carbonation level is slightly higher then what is expected with this style, too.

Overall Impression.
Overall, Nightwatch is a very drinkable and enjoyable session stout. But it's not your typical oatmeal stout, a beer that you would normally expect to be rich, smooth and filling.

As pointed out by the brewery itself, though, “Nightwatch is an oatmeal stout,” and that it's intended to be a beer that crosses over into winter and summer and sits light enough to enjoy back to back.

Unfortunately, Nightwatch misses the mark for me as an oatmeal stout, even with this notice. I might even question the intention of creating a light-bodied oatmeal stout in the first place. Read Grapevine Craft Brewery's blog entitled “What not to expect from our new Nightwatch Oatmeal Stout” and you might believe it's an afterthought, too.

Granted: There are good things working for this beer. It has good roasted malt flavors, a subtle sweetness and a nice, dry finish. It's a bit thin for the style, but it's a beer that I would order again.

Still, wherever you stand with this growing microbrewery, one thing is for sure: They're brewing beer for the right reasons. Try Nightwatch for yourself using the beer finder tool on their website. 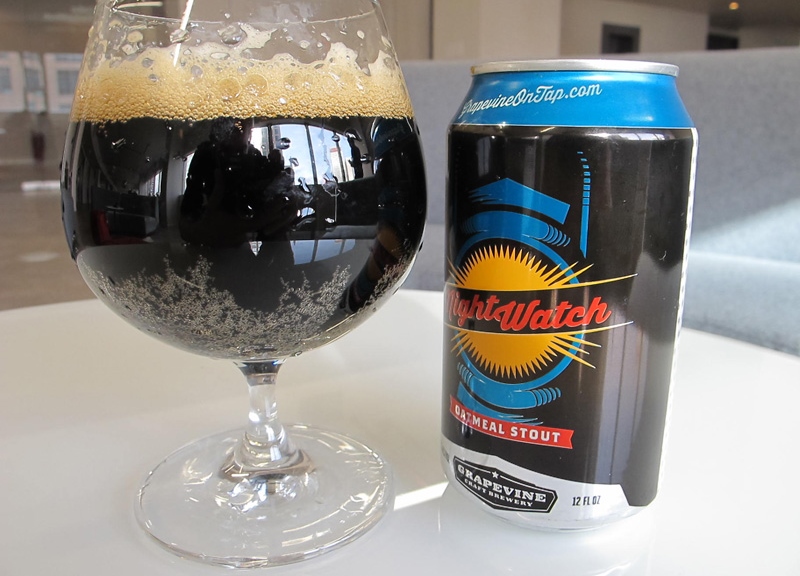 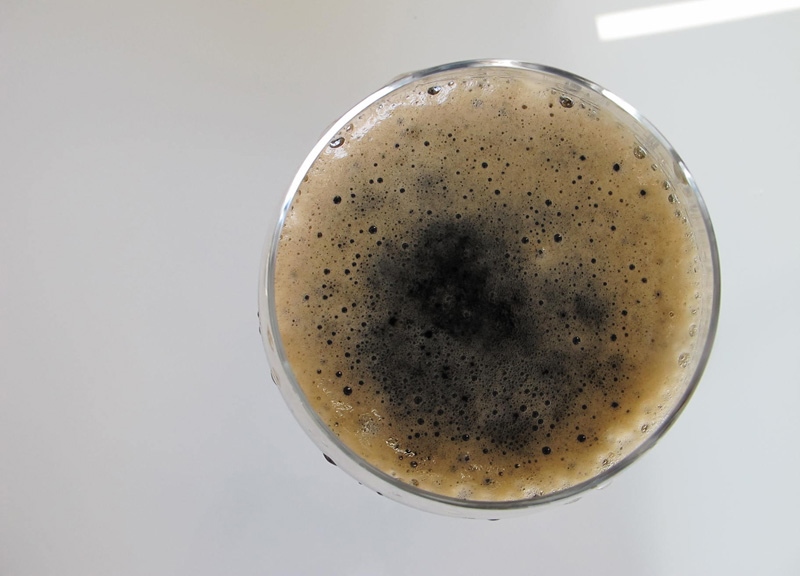 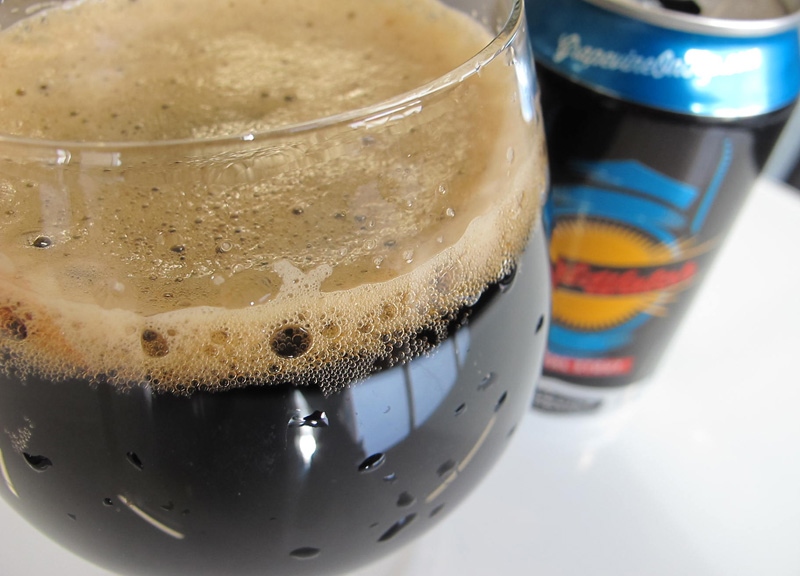 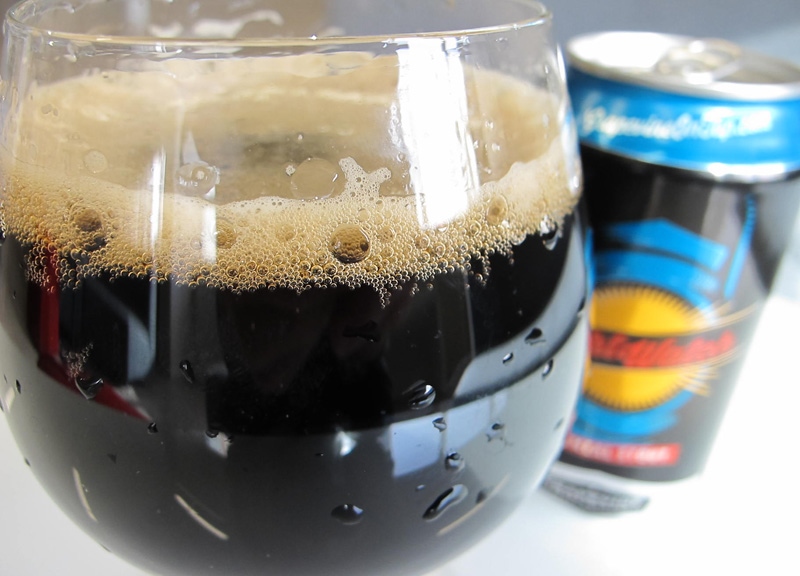 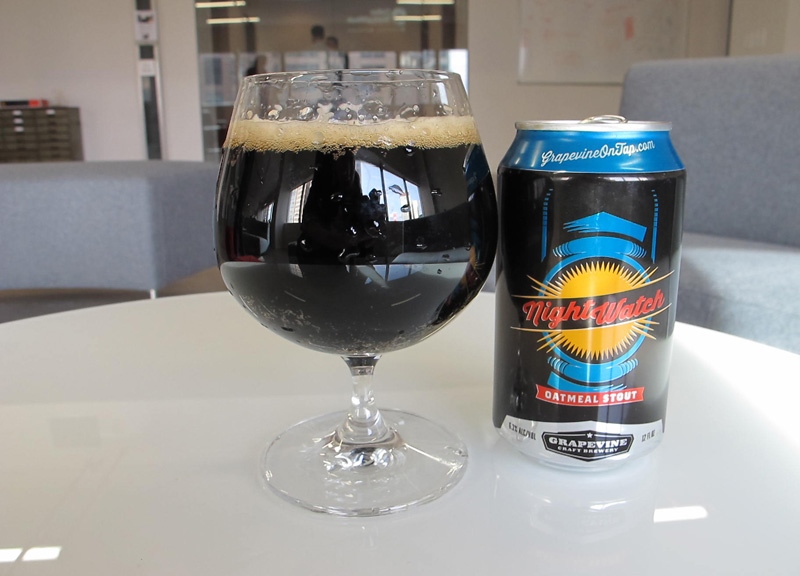 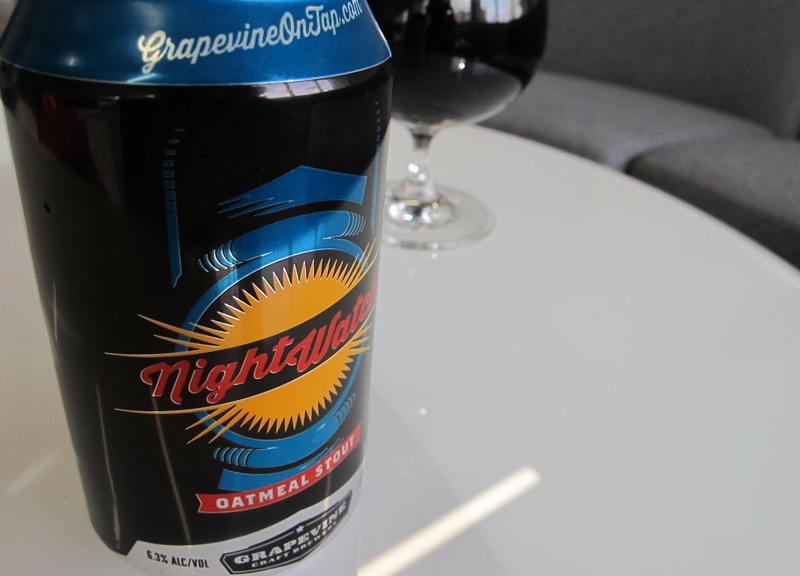