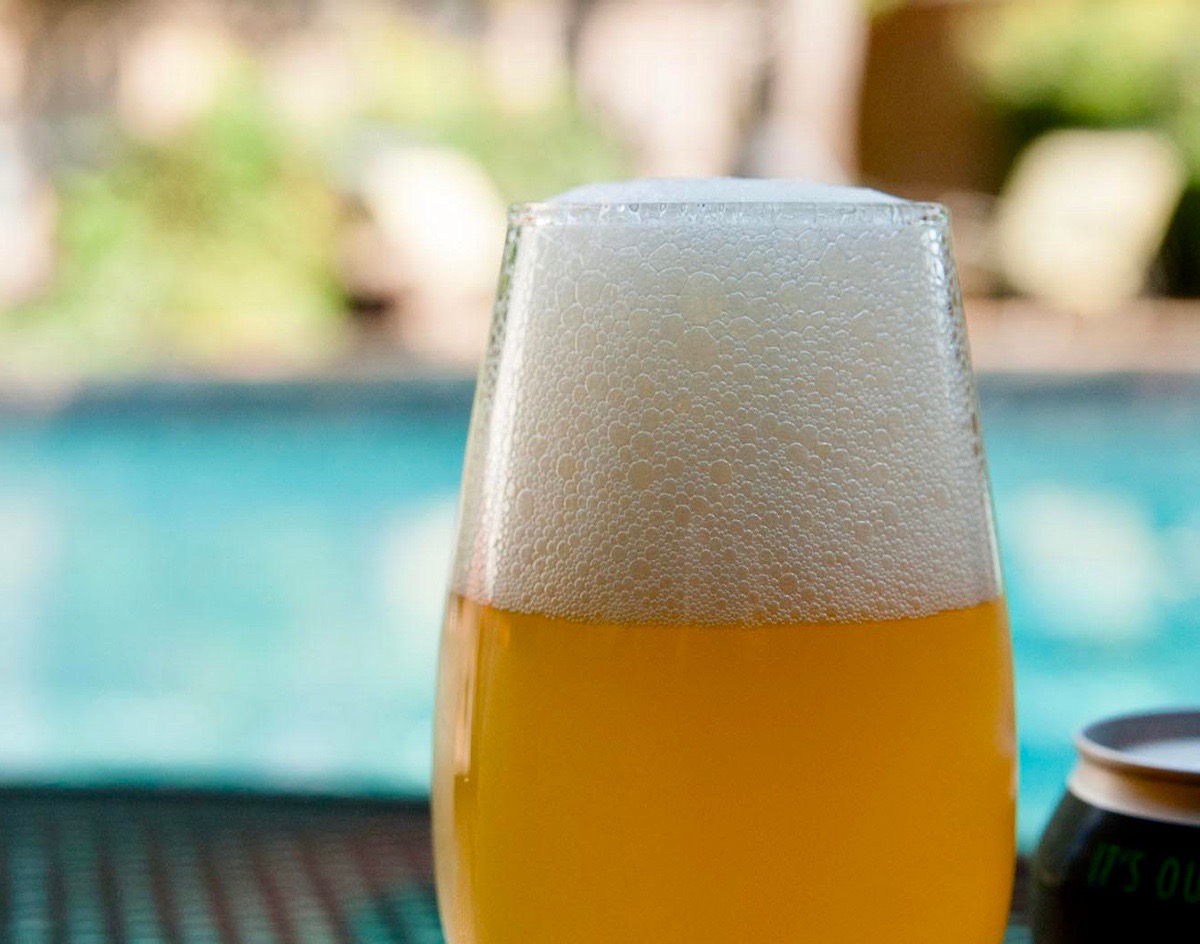 Don’t Let The Name Of This Belgian-Style White IPA Deter You. Being The Perfect Blend Of Its American & Belgian Roots, It’s More Balanced Than You Might Expect.

From reading about Galactic Haze Belgian-style White IPA on their website and then comparing that to the information on the current can, it is clear the beer has gone through something of a transformation over time. Galactic Haze appears to have started out as something closer to a true Belgian witbier using American hop varietals but without the ABV or the IBUs typical of an American IPA. At some point though, this beer got a makeover into the White IPA it is today — a new, more aggressive hopping schedule and a boost to the alcohol content. If you haven’t tried it lately, you need to check out this iteration.

Background on
Belgian-style White IPA is one of the Specialty IPA styles detailed by the BJCP. It is a fusion style, made by combining the American IPA with the traditional Belgian witbier and is most often based off the lighter witbier. It also takes the yeast profile and (or) the orange peel and coriander spice additions, but with a more robust hop schedule giving the beer more pronounced bitterness and American hop characteristics — both in aroma and flavor.

Appearance
By sight alone, this is a Belgian witbier. Galactic Haze is a cloudy, dull gold color that looks like it might just glow in the dark. It has a fun, translucent quality that goes a long way in destroying any preconceived notions you might have had from “haze” and “IPA” appearing on the can. The pure white foam stand rises quickly and firmly during the pour. It tops out in a dome of bubbles, just above the lip of the glass as it holds place there for a bit, almost as if posing for pictures. 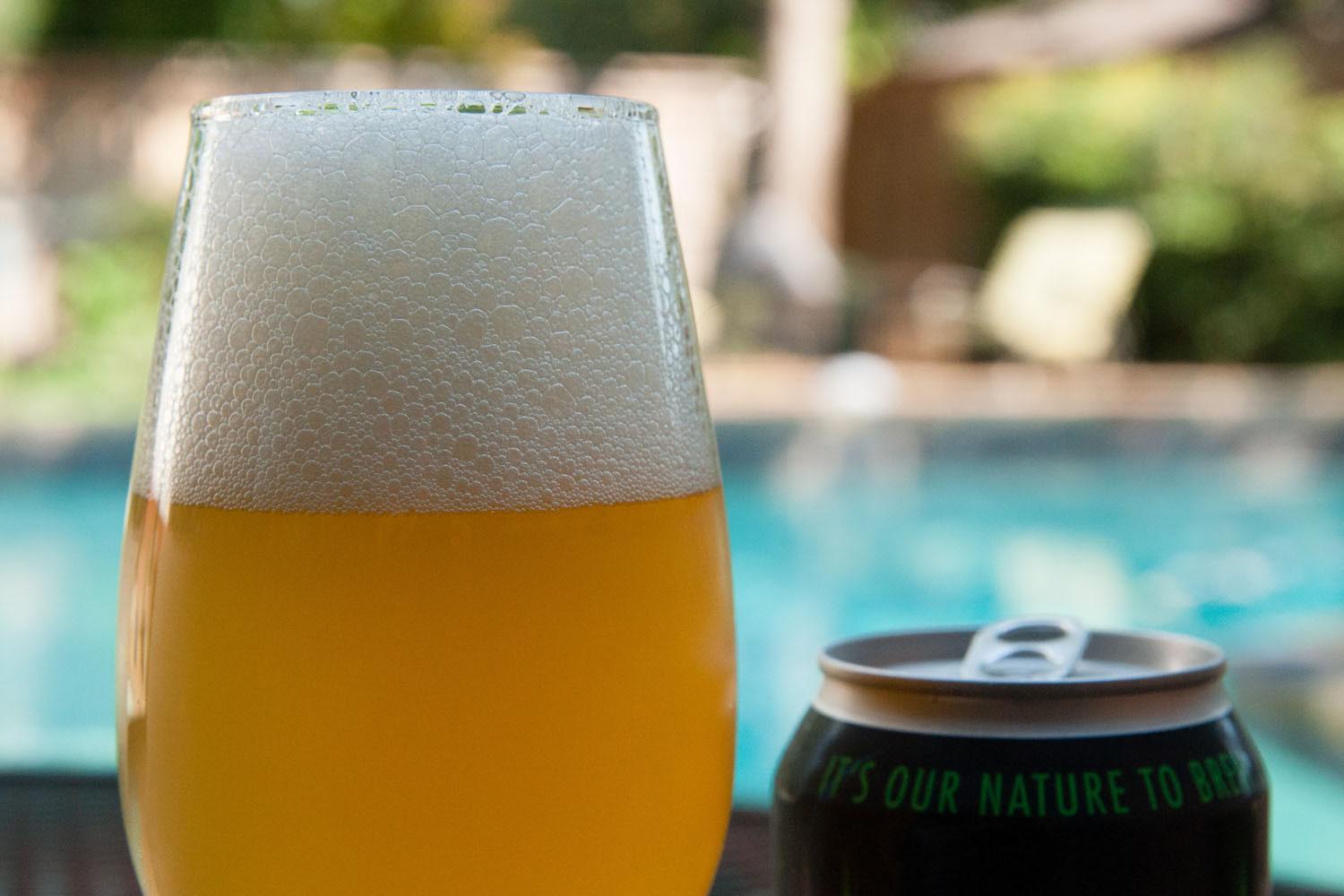 Aroma
Again, if you were focused on the “IPA” part of the title, the aroma of Galactic Haze is going to give you pause. Immediately, the use of a Belgian yeast strain is obvious, with big, complex and fruity esters that are a hallmark of beer originating from the Low Country nation. A quick reference back to the Hop & Sting website indicates warmer fermentation temperatures were intentionally used to heighten this characteristic. I like it. At warmer temperatures, there is also a prevalent pepper aroma. I was missing the lemony highlights from the coriander, but the brewery’s website once again came to the rescue, informing me that the coriander had been replaced with locally grown lavender and sage. This is another break from tradition that I’m enjoying.

Flavor
Flavor is where the IPA part of this fusion beer finally hits me, as the prevalent bitterness hitting my tongue is way beyond what I would expect from a witbier. It’s not “bitter beer face” bitter, but it is a shock to the system from a brew that has so far done a respectable job of presenting itself as the milder witbier. There is some bread in this — as expected form the wheat used in the grist — with some herbal notes, like someone smeared an herb-crusted mild cheese on a piece of fresh bread. In the background, I get faint traces of vanilla. 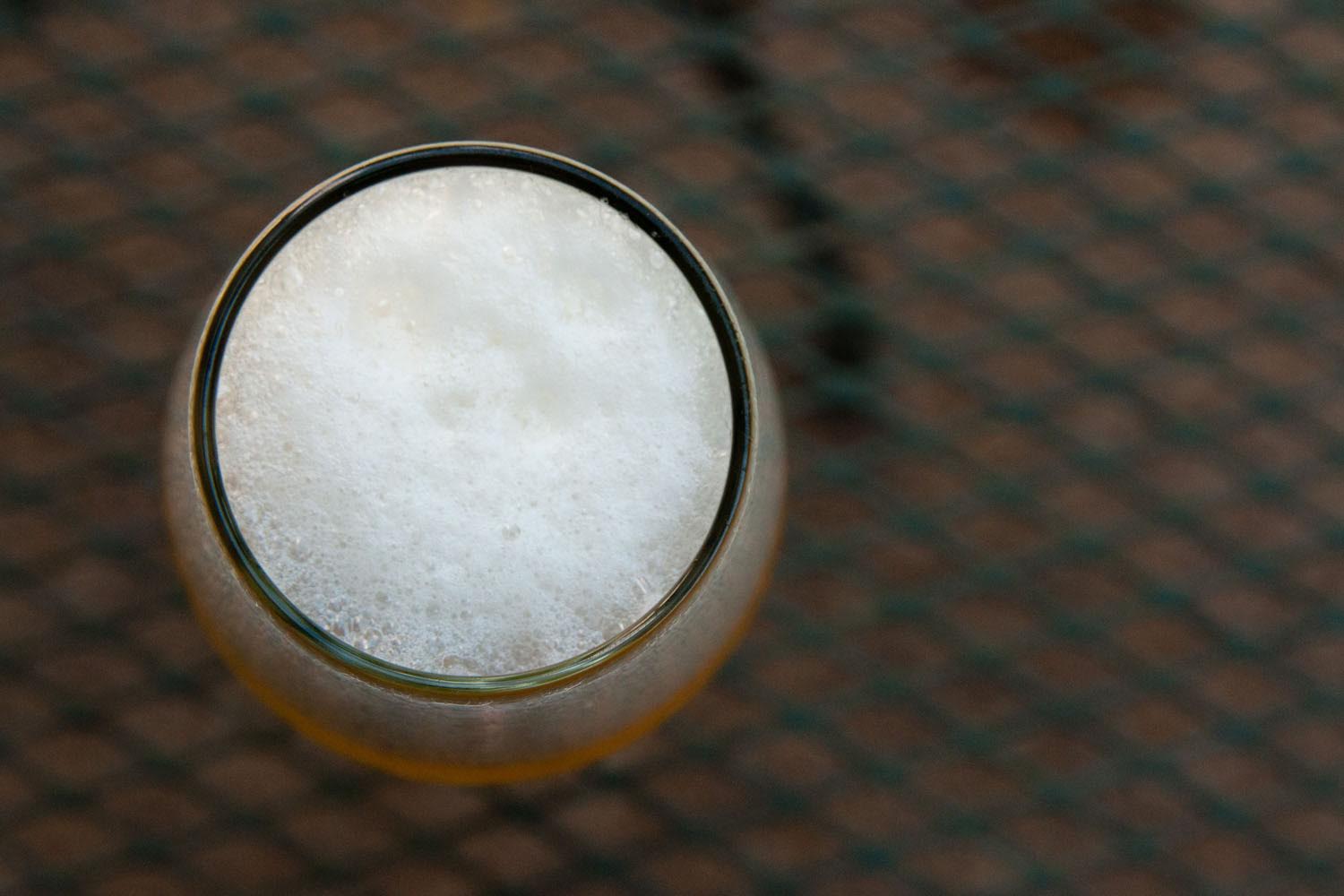 Mouthfeel
Medium-high carbonation and a bright bitterness bring your mouth to attention, removing traces of anything else you might have been munching on before that first sip. After swallowing, my tongue feels like it does after brushing my teeth — scrubbed clean. The bitterness sits down low in the back of my mouth and lingers well after the beer is gone. It finishes dry and bracing, leaving your mouth fresh and ready for more.

Pairing
Normally I would point to lower intensity foods with a witbier, but this one has the soul of an IPA, so you can punch up the intensity a bit. This beer will pair great with any American pub style grub – burgers, nachos, tacos, pizza, etc. It has the chops to hang with Thai food, so no matter if you like a little green curry or a lot, it’s in good hands with this one. The ABV, carbonation and bitterness all combine to give this beer what it takes to work with greasier foods too, so you can enjoy that order of loaded fries or onion rings and wash it down with a Galactic Haze.

Overall Impression
I really enjoyed this beer, but then witbier and IPA are two of my favorite styles, so it only makes sense that a well-done White IPA mashup would make me smile. In an age of bigger is better, balance is something a lot of brewers seem to look down on, but I find it essential. This beer is brilliantly balanced between its parent styles.

Galactic Haze is another beer with a great label that is giving me real information I can use to make an informed decision while standing in the isle at my local package store. It includes not only the IBUs, but also degrees Plato – the measurement most commercial brewers use to indicate how much sugar is present in solution. This gives me an idea as to how much bitterness I will actually taste and not just how much is measured by lab instruments. It will also give me an idea of where the beer falls on the dry-to-sweet scale. I love labels that are more than just eye catching, and this one definitely qualifies.

I think the use of the word “haze” in the name might be a bit confusing to folks, though. Sure, it’s a hazy beer, but that word has come to mean something entirely different to people in beer circles, and this beer just isn’t that brew. I like that it isn’t that kind of hazy.