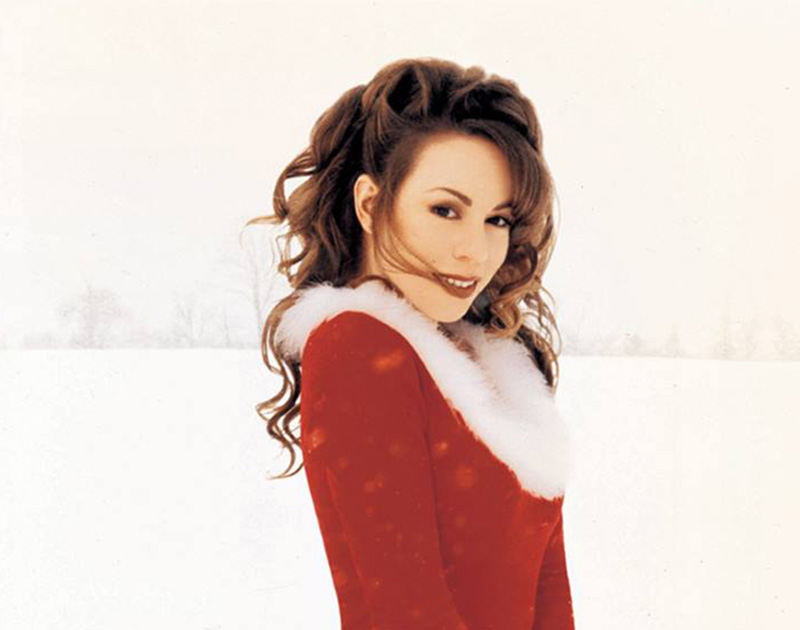 Mariah Carey’s 1994 Christmas Hit Is A Treasure, But It Sure Does Sound A Lot Like Vince Vance & The Valiants’ 1989 Hit “All I Want For Christmas Is You.”

In his recent Saturday Night Live monologue, Chance the Rapper cracked wise about wanting to become “the Mariah Carey of Thanksgiving,” before launching into his holiday tune. The obvious joke here was the fact that Carey’s “All I Want For Christmas is You” has become so ubiquitous since its 1994 release that her ownership over the holiday is basically sacrosanct.

There’s no arguing Carey’s annual Christmas dominance, sure. But we think there’s a case to be made that her rise to holiday supremacy was ill-gotten – more specifically that she stole the tune from forgotten Dallas novelty act Vince Vance & the Valiants.

Formed in New Orleans in the late ‘70s, Vince Vance and Co. achieved their first taste of success in 1980, the same year they relocated to Dallas, with the release of a parody version of the Regents’ 1961 hit “Barbara Ann” called “Bomb Iran.” Two years later, they were in the news again when their tour bus was involved in an accident that killed the group’s original lead guitar player Richard Arthur Heath.

A few years later, Andy “Vince Vance” Stone and new guitarist Troy Powers penned the song by which they’ll forever be known – their 1989 version of “All I Want For Christmas is You.”

The song received loads of radio play in and around Dallas that year, but really blew up nationally upon its major re-release in 1993 – a whole year before Carey’s song released. Allegedly, Vance’s song is the most-played Christmas song on country radio. Lending credence to that claim is the fact that it scaled the country charts six times in the 1990s and a few times since.

For refreshers sake, not that you need it, here’s Carey’s version once again:

Sure, on the surface, these tunes may not sound a lot alike but, stick with us here, we’re basing our claims of possible plagiarism on more than just the similar titles and subject matter. Hell, those had already long been broached by Buck Owens, who released another song featuring a nearly identical title, and expressing the same sentiments, way back in 1965. Owens’ tune, however, doesn’t share the smattering of striking musicological similarities that Vance’s and Carey’s do.

While they’re performed at drastically different tempos, both of the versions in question are ‘60s-inspired numbers, written in triple meter. It’s a no-brainer, given Vance’s previous success swag-jacking ‘60s groups, that his band would go this route, but that’s not the type of jams Carey was doing in the ‘90s. In fact, she initially balked at the idea of writing a Christmas tune, fearing it might hurt her credibility in the rap world. In an interview with Billboard, Carey’s co-writer Walter Afanasieff admitted they were going for “a Phil Spector, old rock ‘n’ roll, ‘60s-sounding Christmas song.”

Although they’re in different keys – Carey’s is in G, while Vance’s is in A – they share some similarities in their progressions as well. For instance, both use a ii-V-I progression over the titular phrase. It’s a widely used formula in all pop music, to be sure, but one can’t help wonder if the placement in relation to those exact same set of lyrics is entirely coincidental.

Less common is the use of a minor subdominant (iv) chord with an added sixth, but this, too, pops up in both examples. Spot it where Carey sings her “underneath the Christmas tree” line and under key words like “tinsel” in the Vince Vance example. Slate even goes as far as to call that type of chord ”the most Christmassy chord of all,” sighting it as one of the biggest reasons that Carey’s tune resonates with so many folks.

Lyrically, the songs bear more than a few likenesses as well. Beyond the fact both share an overarching theme where the subject in question disavows Christmas gifts and decorations in favor of spending time with an ambiguous “you,” well, they straight up use some suspiciously similar language.

Some examples:
• The second line of both songs mention the subject needing just “one thing.”
• Both site the examples of stockings, snow and presents “underneath the Christmas tree” as items they’d willfully forego this year to get what they truly want.
• While Carey calls the object of her affection her “wish come true,” Layne refers to hers as her “dream come true.”
• Carey “won’t make a list and send it to the North Pole for Saint Nick” because the only thing that she wants for Xmas is the titular “you.” By that same token, Layne sings about how if she “wrote a letter to Santa Claus,” the only thing that would be on it is this very same “you.”
• Carey begs “Santa, won’t you bring me the one I really need?” Layne, on the other hand, laments that “Santa can’t bring me what I need.”

Took the words right out of his mouth. But really, just ask him. In a 2010 interview with Bayou Buzz, Vince Vance had the following to say about the whole thing: “All I know is that my ‘All I Want for Christmas is You’ pre-dates Ms. Carey’s by 5 years! This may be unkind, but I have always believed that she heard ours and she thought she would use it as a base for her version. Hers is more up-tempo, but thematically it is frighteningly similar. I think ours smokes hers. However, I have to give it to her: Her version did confuse the market. I guess you think those kind of things when you are a composer. Who knows!?”

And it’s a real shame the Valiants doesn’t really get the credit it deserves for “inspiring” Carey’s jam. It’s been reported that Carey makes somewhere around half-a-mil annually just from her “All I Want For Christmas is You” royalties – even a fraction of which could help Mr. Vance stay off the charity cruise circuit he seems to frequent these days.

For his part, Vince says he still does OK royalty-wise on his own version, saying he could probably get by on them alone “if he wanted to live poor.” Conversely, Lisa Layne has claimed she never made a dime on the song – though in recent years she’s recorded a solo version that’s netted her a small amount of scratch.

All that being said, and while we do firmly believe Carey was, on some level, aware of Vince Vance’s tune to the extent that she, consciously or subconsciously lifted major parts of it, it’s hard to feel too sorry for Vance here. A noted parody master himself, he took the vocal melody of his “All I Want For Christmas is You” almost note-for-note from Bobby Vinton’s 1964, No. 9 hit pop single “My Heart Belongs to Only You.”

‘Tis the season, we suppose.