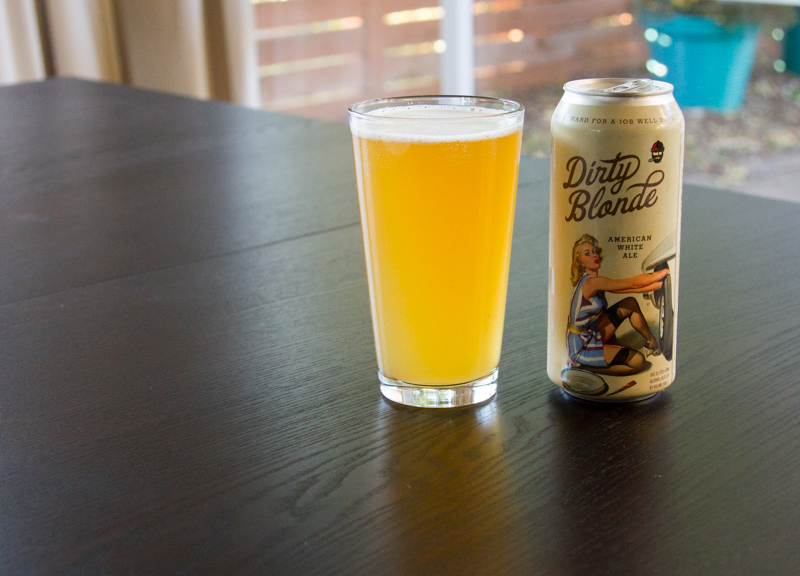 Do You Even Want To Grab Twin Peaks' New Cans?

Overview.
In the spirit of ethanolic ecumenism, I feel that it's important to occasionally stretch out from my normal craft brewery offerings to something different. And this week, I am reviewing a beer that has built its foundation on Twin Peaks' well-proportioned empire of selling food and drinks to bros. Basically, it's like Hooters, but with a mountain vibe. And Twin Peaks Brewing Company lives in the craft brewery space, based on my understanding of production volume limits for this type of brewery.

Until the middle of 2015, Twin Peaks was only serving beer on draft, and only at select locations. Then it started canning mid-year — and, well, here we are! If you're not sure where to buy Twin Peaks' beer, you can find out where to grab their cans (their words) on the breastaurant's web site. After clicking the suggestive button to grab some cans, you can see that full access to their cans are closer than you might think. Again, their words, even if the implication is also true.

But will it be worth it, just going out there to grab cans when you don't really even know what this Dirty Blonde is all about? Seems sort of risky!

On a side note: Did you know that Twin Peaks won bronze at GABF in 2015? Yes, and how about that? Twin Peaks placed 3rd out of 69 total entries for the wood- and barrel-aged beer category.

So before you go thinking that this brewery doesn't know what it's doing, remember that fact. Word on the street is that the head brewer spent some serious time brewing at Humperdinks back in the day.

Background on American Wheat Ales.
For another spin on American wheat ales, check out our review of Revolver Brewing's Blood and Honey. For what it's worth, comparing any other American wheat to Blood and Honey is sort of unfair. In general, an American wheat ale is a delicious, low-alcohol beer that's fun to drink year-round. There's a certain approachability to this style; non-craft drinkers sometimes refer to wheat ales as their gateway beer in to the world of craft beer. The fermentation is clean, and the hop character usually does not get in the way of the grains, wheat or biscuit notes.

Appearance.
Dirty Blonde pours a sultry, deep gold color, waiting for you to gently put your mouth to the glass and take a sip. It's almost begging for it. After the initial lust wears off (or about 10 minutes, whichever comes first), you might start to notice a few flaws. For instance, Dirty Blonde is super-duper hazy. Yeah, OK, that part is fine, though. But did you notice all the particles in the beer? Is that something you can deal with? I mean, can you commit to this? Would you introduce this Dirty Blonde to your father? Besides, the head isn't that great, and the lacing disappears rather quickly.

Aroma.
The aroma is decent on this beer. I like the peppery spice. Twin Peaks states that there's a hint of coriander added to this beer. Good to know. Along with the hints of spice, I get a little orange note, too. There's also something weirdly metallic going on. I'm curious to see if the aroma is the same from a fresh beer on draft at the breastaurant.

Flavor.
Dirty Blonde is asking me to put an orange wedge on it, but I am remaining strong and I'm not going to give in to the temptation. I mean, we just met. Besides, there's a voluptuous amount of citrus character already in this beer from fermentation. Behind the citrus, there's a nice grainy situation, but all in all, the flavor is a bit underwhelming. I understand: Dirty Blonde doesn't want to come on too strong. After all, this is a 5.3 percent ABV beer, and I'm just getting started.

Mouthfeel.
I like the mouthfeel on this beer. It's a lighter-bodied beer, but not like your mega-macro light lagers out there. There's definitely much more to Dirty Blonde than just her looks. The carbonation feels a bit low for the style, I'd say. I'm used to a lot more bite on the tongue.

Overall Impression.
I had an OK first date with Dirty Blonde. There are some things I liked and some things that I'm not so crazy about. She looked different in the photos I saw of her online, too. Perhaps I should have expected that considering they were all out-of-focus and shot from above. But, hey, it wasn't like I bailed out in the middle of my beer: I stayed around like a gentleman and finished it.

I mean, beer is beer, right? 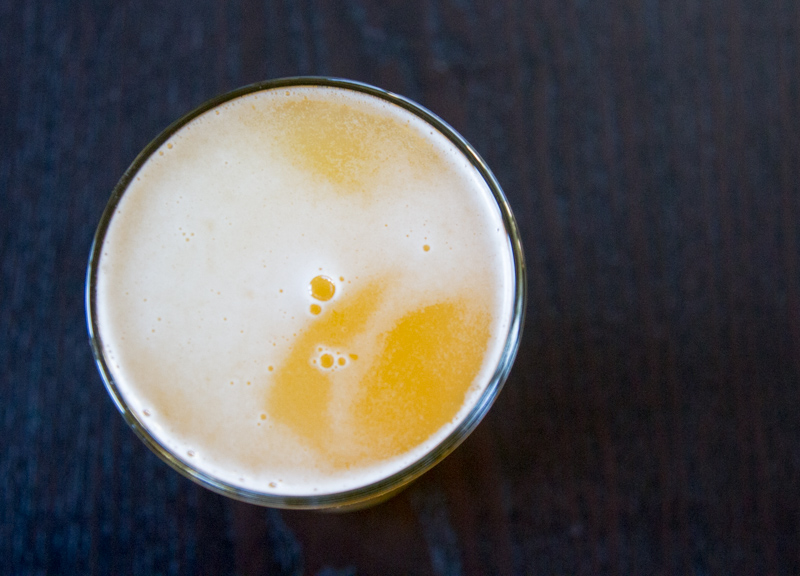 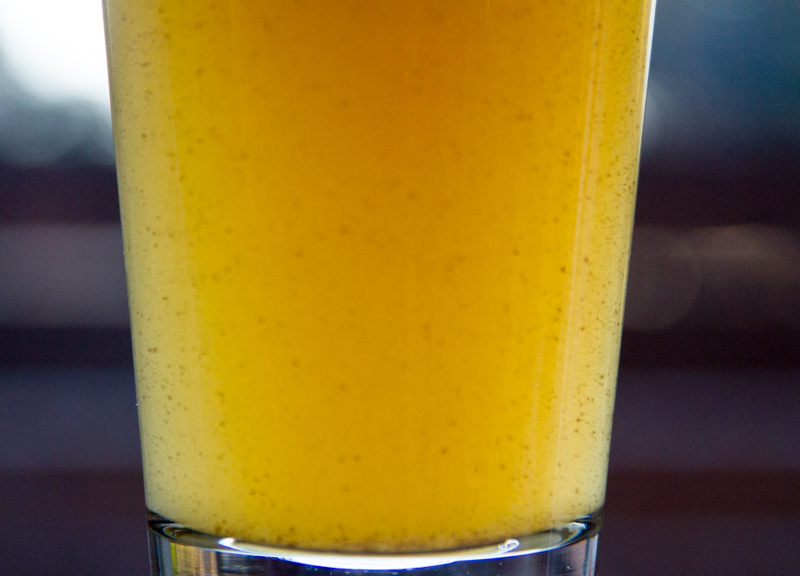 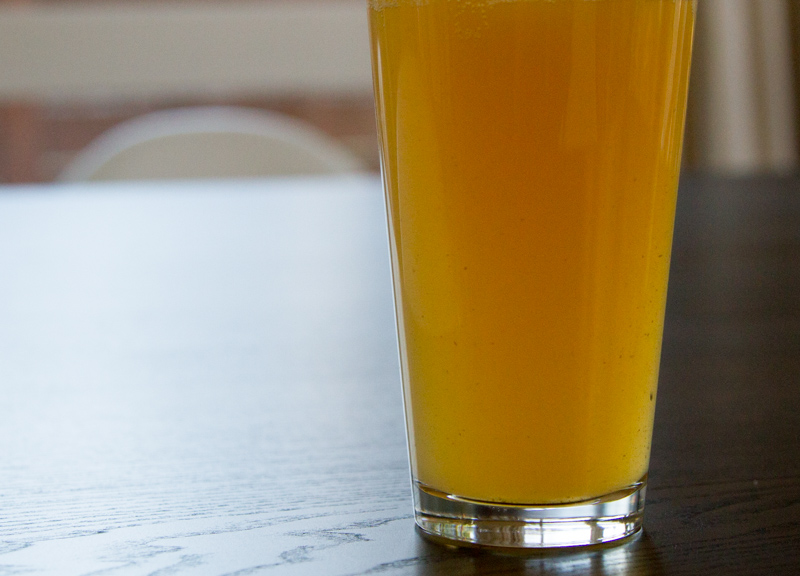 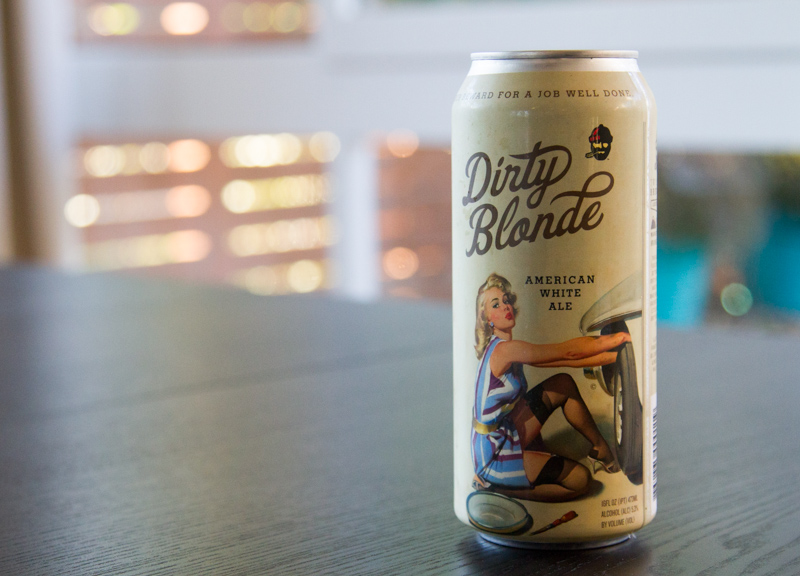