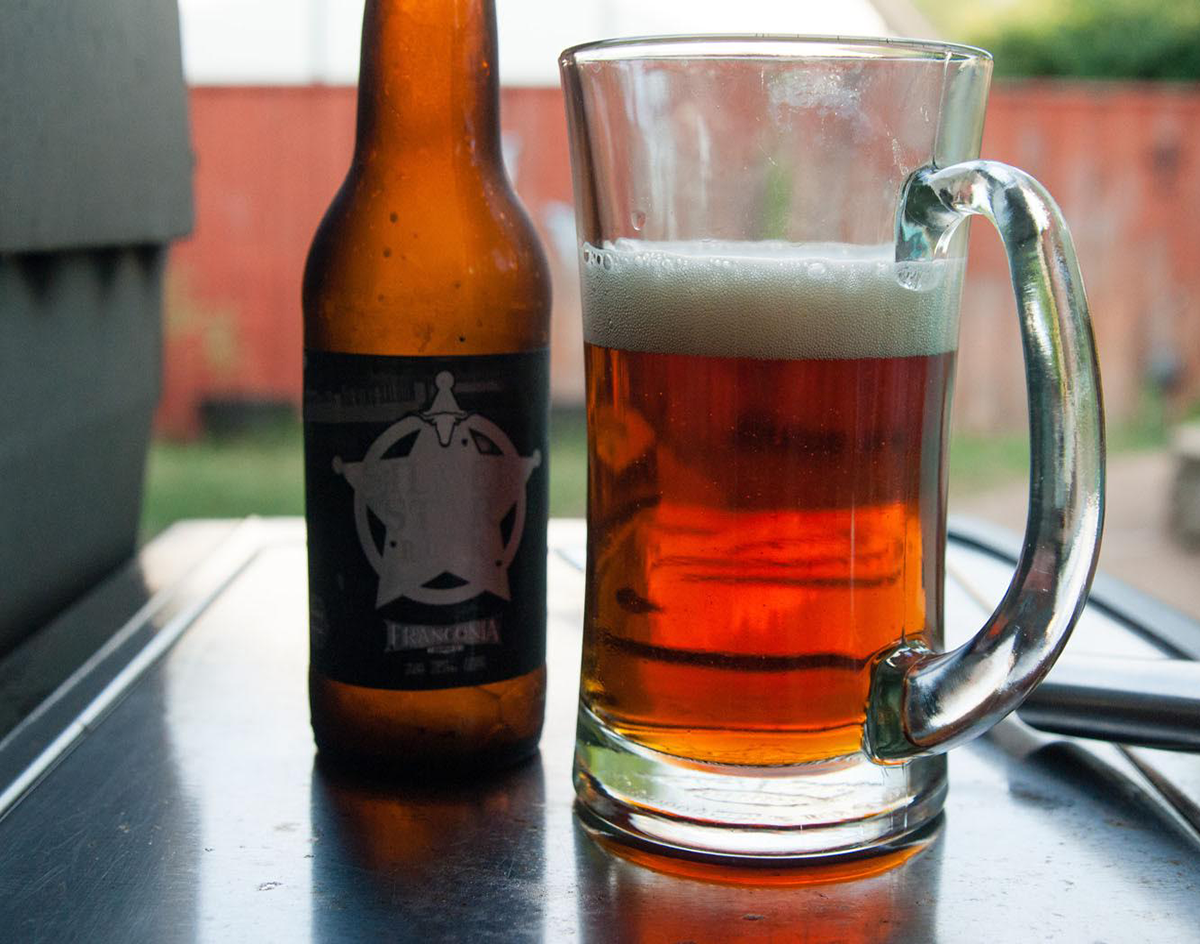 This Franconia’s Dunkles Bock Is Practically Begging For You To Crack Open A Bottle Of It With Dinner — Or Just Have It For Dinner.

Overview
Since 2008, Franconia Brewing Company has been proudly brewing “the bier from here!” in McKinney. For those keeping score at home, that makes it the second oldest craft brewery in North Texas, only behind Rahr & Sons Brewing Co. in Ft Worth. Owner and Founder, Dennis Wehrmann, immigrated here from the Franconia region of Germany and comes from a family with over 200 years of brewing heritage. The guy knows his beer.

I first tasted Silver Star back in the spring when Franconia brought it out to Scarborough Renaissance Festival in a couple of 200-year-old kegs that have been in Dennis’ family since the days of his great, great grandfather, — the man who got the family into brewing and whose likeness appears on the Franconia logo today. The beer had been “on the wood” in those kegs for 48 to 72 hours and it was brilliant. Needless to say, the straight version had some big shoes to fill.

Background on Dunkles Bock
The bock style originated in the German town of Einbeck in the 14th Century but didn’t get its name until breweries in Munich started producing it in the 17th Century. Bock translates to “goat” or “ram” which explains why so many American breweries use that imagery on labels for this style of beer. Shiner anyone? The term “dunkles” translates to “dark” which distinguishes this beer from other bock styles like Helles Bock or Weizenbock. However, this is largely for judging purposes and you likely won’t see it called this by many breweries.

Per the BJCP Style Guidelines, Dunkles Bock is a beer rich in malt character and of aobve average strength for a lager style beer, falling somewhere between 6.3 and 7.2 percent ABV. It is often popular with the anti-hop crowd as flavors and aromas associated with hops should be virtually non-existent. The color can range from light copper to brown while the pour of the beer should be of good clarity, despite its darkness. 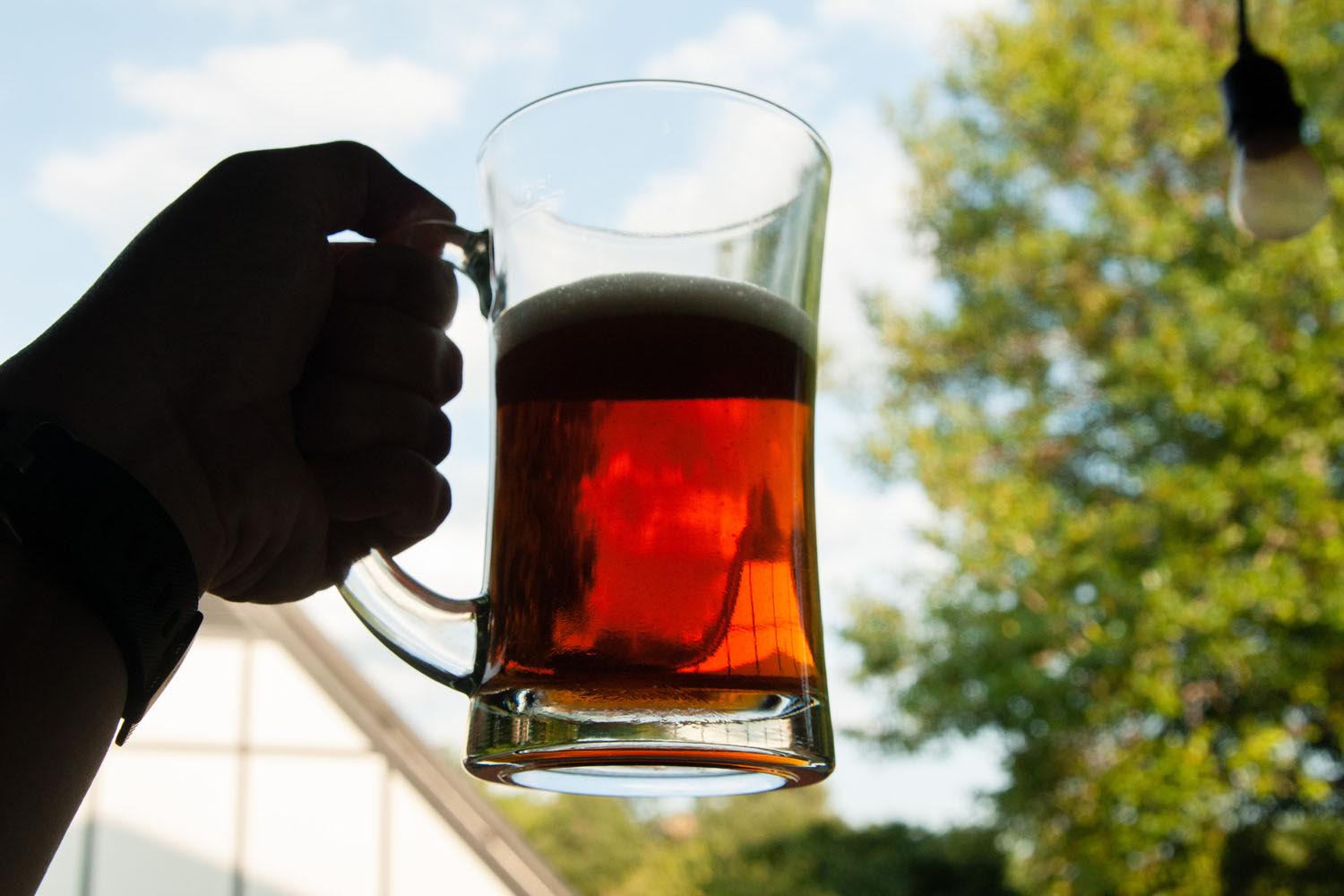 Appearance
Silver Star pours a deep, elegant garnet with light, tan foam, and is brilliantly clear. In fact, this is one of the clearest dark beers I can remember drinking as of late. With a vigorous pour, the head rises thick with nearly uniform-sized bubbles, packed tightly together, giving the drinker a classic visual. The head has a bit of staying power too, taking five plus minutes to recede down to ring of fine froth floating on the surface of the beer and hugging the glass.

Aroma
Toasty bread greets your nose as it approaches the rim of the glass — German pretzel bread comes to mind. Regardless of what type it is, this is bread with a deep brown, toasty crust and a dense, spongy interior. Truthfully, this smells a lot like the inside of a brewery, which I’m sure sounds obvious until you consider that IPAs don’t smell like the inside of a brewery at all. I am also getting a subtle fruitiness, likely from the malt combination, but otherwise this is very clean, with no phenols or serious esters.

Flavor
Silver Star is dark bread in a glass. I know I am wearing out the bread comparisons in On Tap, but it’s a theme with good bocks. Hanging out with the bread are caramel and toffee highlights — although more savory than sweet — like a caramel coffee without the roast. This beer is well attenuated, meaning the yeast has consumed most of the fermentation by  leaving behind minimal residual sugar. It tastes just sweet enough to notice, but not enough to actually call it sweet. 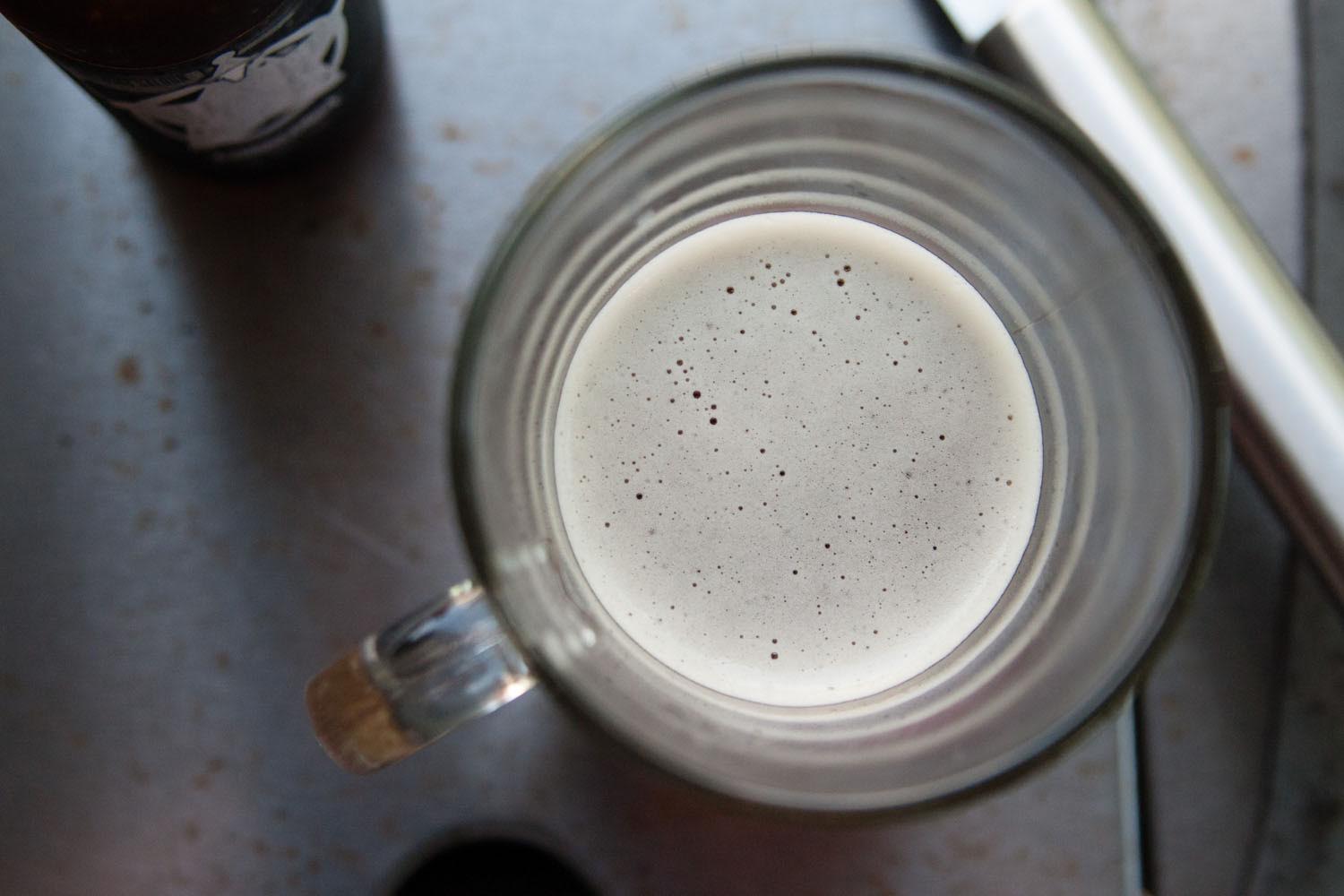 Mouthfeel
This feels full on my tongue, almost like it should be sweeter than it is. It is smooth and rich, without any rough edges. The carbonation level feels moderately low with none of the bite associated with medium to highly carbonated brews. There is enough to scrub your mouth clean but it isn’t harsh and doesn’t detract from the good stuff.

Pairing
This is a serious beer that will take a real load. In short, it was made for meat dishes complemented by earthy veggies — it’s a German beer, so pork is a given. With its big malt backbone, Silver Star is great with steaks — which is probably why it’s been a staple at Saltgrass for years – and gamier meats like venison, duck and quail. This is especially true if you are doing fruity, sweet sauces or savory chutneys to serve with the meat. Mexican food is another great option, as bock is something of a bigger, stronger sibling of dark Mexican lagers. Most of the cheese world will work here too, but the best options will be aged alpine cheeses like an Appenzeller or a Beaufort. If you like your cheese on the pungent side, this beer would also go great with a mild, buttery blue like St. Agur.

Overall Impression
I really like this beer. It might be finding a place in the fridge as my go-to for darker food beer, so it’s really easy to see why Franconia has had success with it in restaurants for years. (Now if I could just convince them to package their Märzen.) If there is a flaw to this, it’s the ABV. At just a tick over 5 percent, this is closer to a session-strength beer than it is a true bock. And while Silver Star has huge flavor, it is missing a bit of punch. Having said that, I understand why, when creating a brew designed to go into restaurants, it’s best to dial the alcohol down, so I really cannot complain about it too much.

As we are head into long Labor Day weekend, I’d suggest some slow-smoked pulled pork, with a sweet BBQ sauce, surrounded by as many of your friends as you can round up for a cooler full of Silver Star. I’m pretty sure that is what’s going to be happening at my place, anyway.