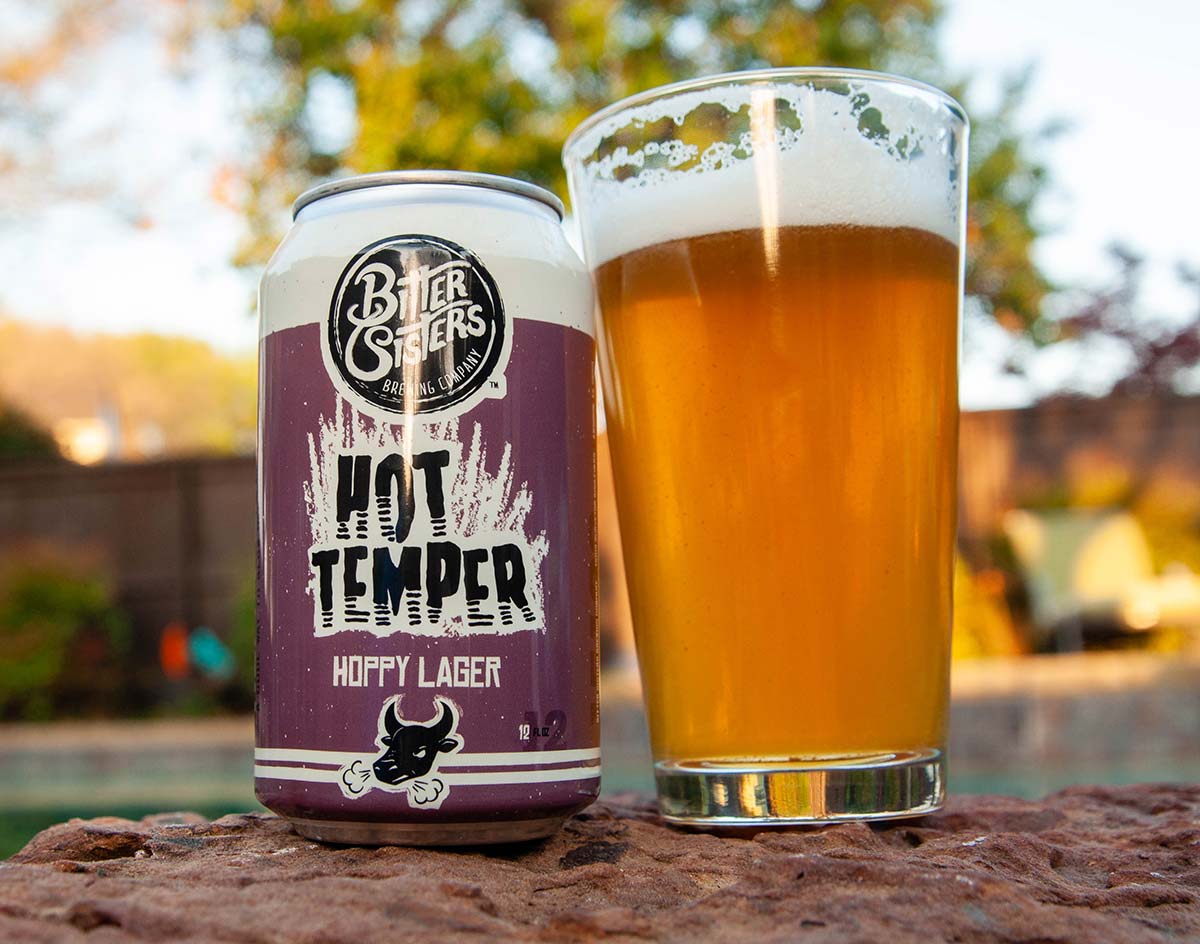 Is The Addison-Based Brewery’s Steam Beer Just Completely Off The Mark For The Style, Or Is This Just A Brew That Ages Poorly?

This week, I sipped on Hot Temper from Bitter Sisters Brewing Company. 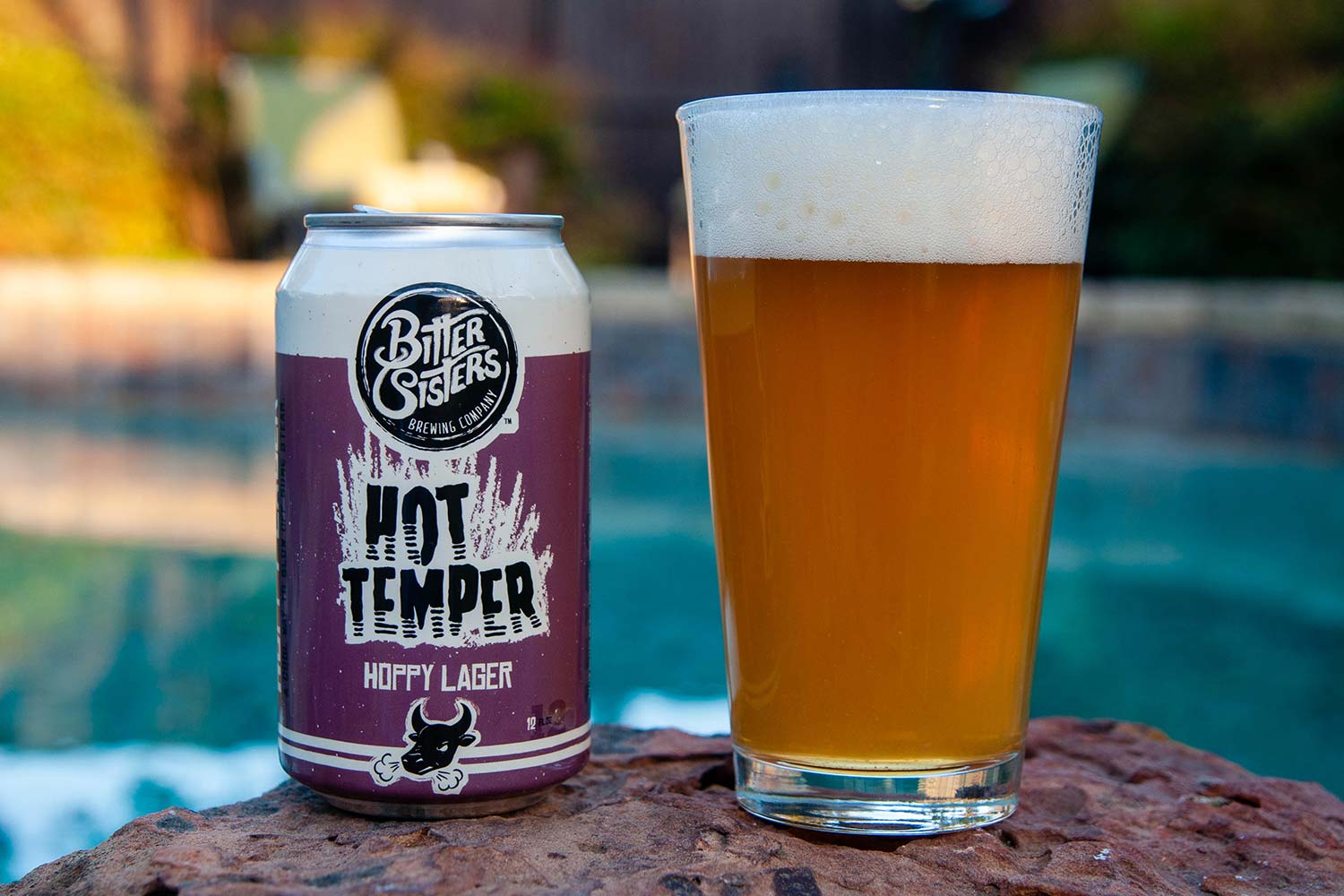 The Addison-based Bitter Sisters Brewing Company has been reviewed three times over the years in our On Tap column — but it’s been almost exactly five years since the last one, so I figured it might be time to revisit their offerings when I noticed a new-to-me beer of theirs on the shelf of my local package place.

The label describes Hot Temper is a “hoppy lager”, which…. well, that isn’t exactly a defined style by either the BJCP or the Brewers Association. So, that immediately piqued my curiosity.

But a reference to “steam” on one part of the can tipped me off to the fact that we’re dealing with a California Common here.

Looking back through the list of 268 beers my peers and I have reviewed in this space — impressive, right? — it seems my predecessors in this beer critic role only thrice reviewed the California Common style. After doing a bit of research, it turns out that may be because it’s an underrepresented style in the Dallas-Fort Worth beer scene.

I find that strange, as the style should be a good fit for North Texas tastes! You see, California Commons — better known by the traditional but now-trademarked “steam” beer name — offer a sort of best-of-both-worlds vibe by combining lager ingredients with less expensive and easier-to-manage ale fermentations for a clean, easy drinking lager. 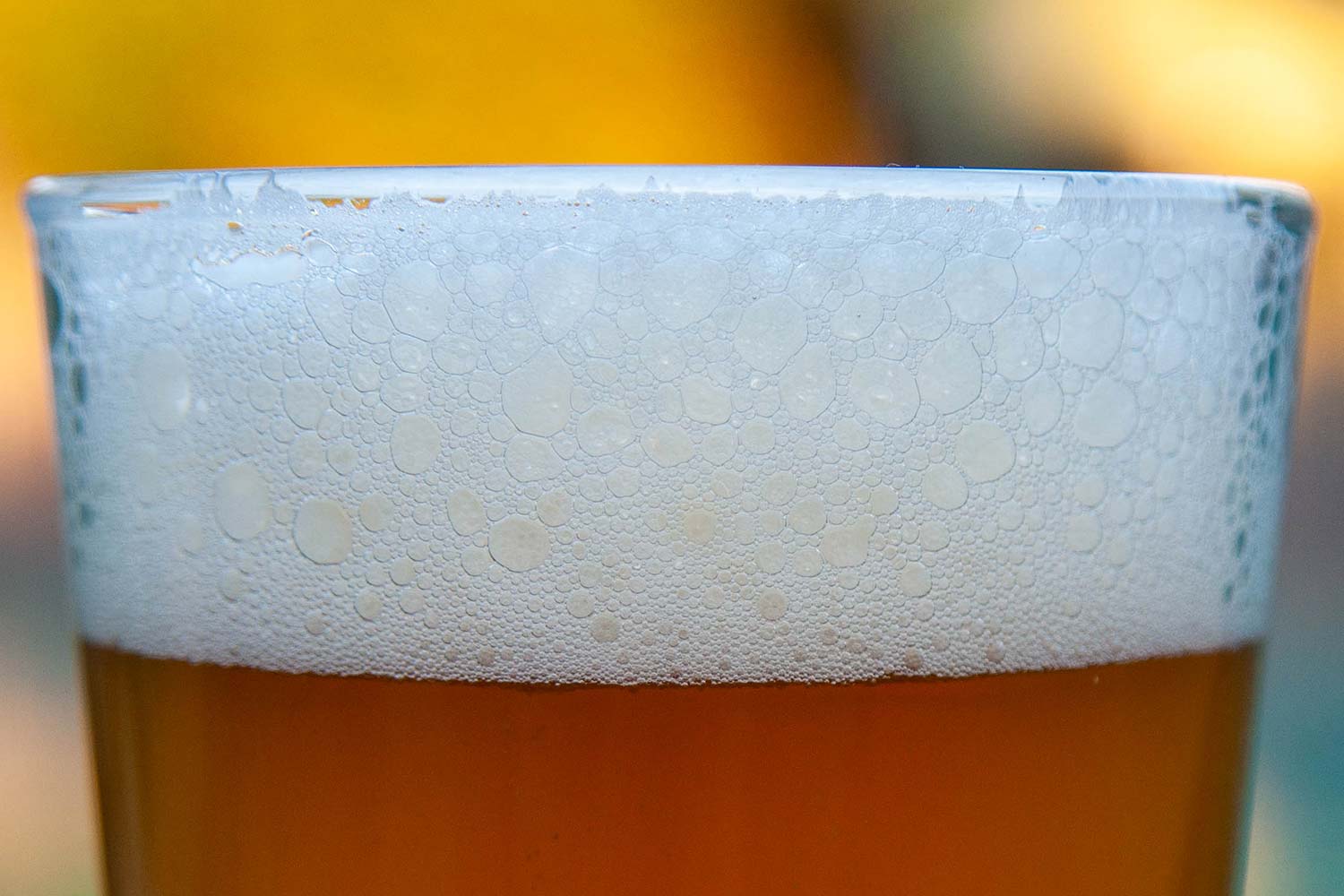 The steam beer style — yes, I’m sticking with the traditional name just because I like it better — is characterized by a maltiness showcasing caramel and toasted flavors, as well as a reasonable hop bitterness featuring more traditional American hop flavors that are woody, minty, and rustic in nature. All of this is overlaid with an ale-like fruitiness that compliments the stronger lager qualities of the beer. Darker, roasted flavors and citrusy hop aromas are inappropriate to the style. Anchor Steam is considered the prototypical beer in this category, not to mention the one all others are measured against.

Hot Temper pours a bright gold that is considerably lighter than the typical amber-to-brown coloring you would expect from the style. On first pour, it’s really hazy and has bulky particulate matter floating through it like listless space debris — especially if one tips the can full up to get that last drop. Honestly, the dregs from the bottom feel more like the yeast sediment common in a hefeweizen, but I think the culprit here is old age. There’s no way to be sure, though, as there is no “packaged on” date to be found on the can. Nonetheless, the head is frothy and antique white with a mix of bubble sizes. It’s quite persistent, and it dissolves in an artistically uneven fashion, leaving some thick lacing behind on the glass. 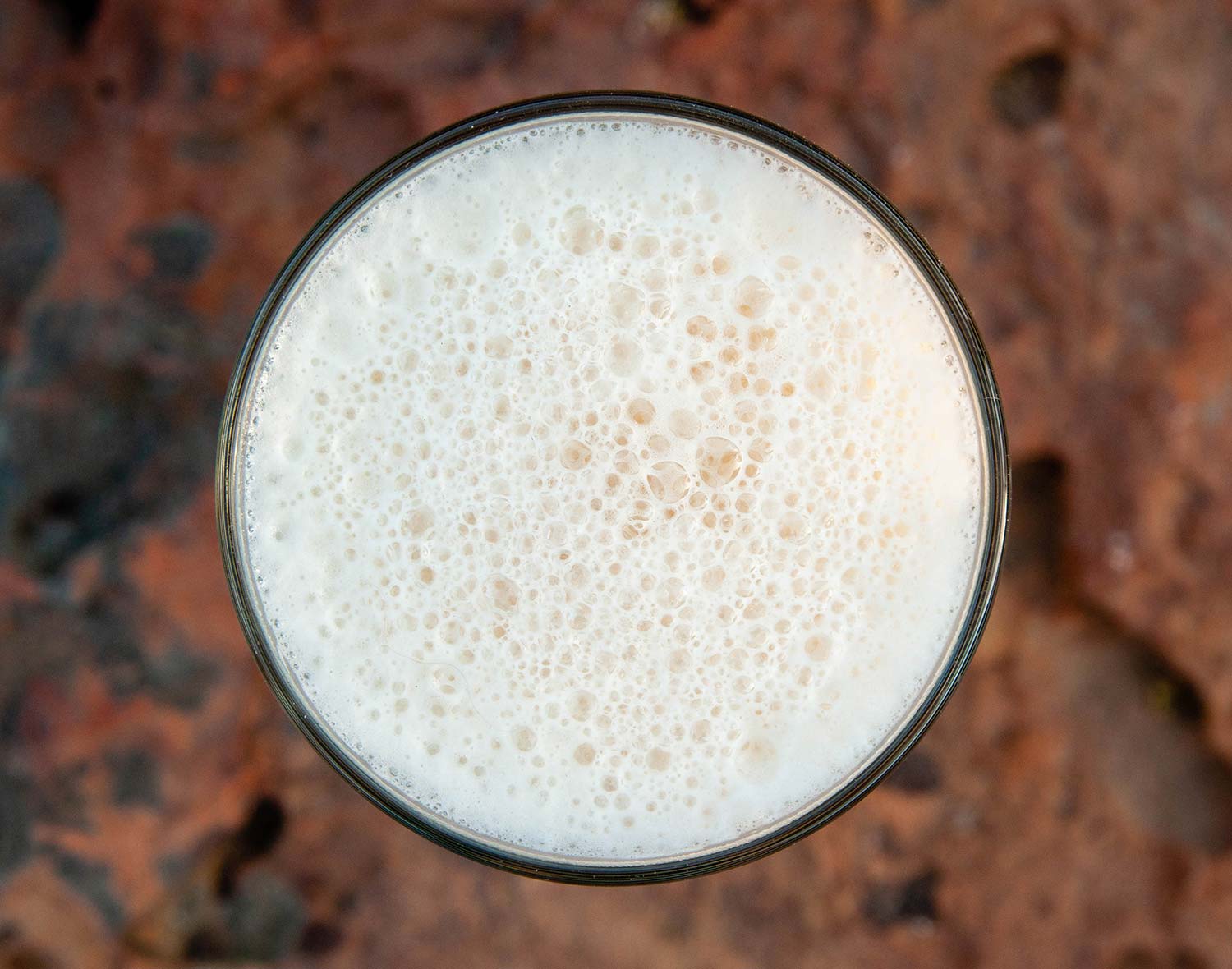 The first impression to hit the nose is lightly fruity, which is completely consistent with a beer fermented at ale temperatures — even if using a cleaner lager yeast. With the lighter color of this beer, I didn’t expect any of the caramel or toasty scents that are the hallmark of the style — so I wasn’t surprised when they were absent. There were, however, some fresh bread notes to be found lurking under the dominant fruit. Beyond that, I find this aroma to be really neutral in an almost unremarkable way. There’s just not much in the way of the expected hop aromas.

Belying its “hoppy” description, Hot Temper is somewhat malt-forward and lacking in hop characteristic, again bringing more of a feeling of bread for me rather than the traditional New World woody or minty hop qualities. Were it not for the fruitiness that reminds me of peaches and melons, I would wonder if maybe this wasn’t someone’s idea of a tame maibock. 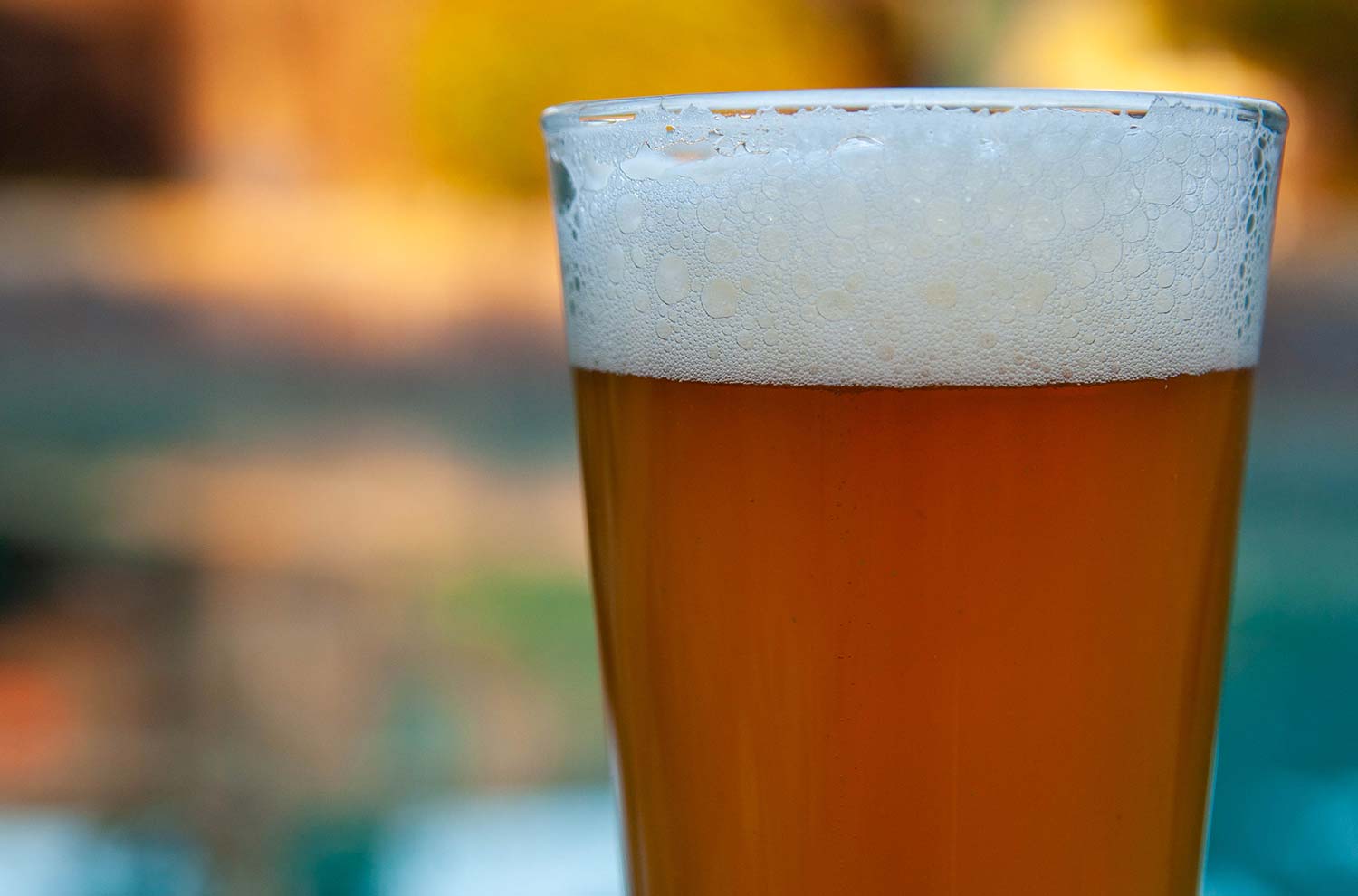 Hot Temper is medium-bodied with an above-average carbonation that is obvious to both the eye and the mouth. It finishes to the dry side — but, even then, there is more sweetness than the style allows for, and that is what lingers on the tongue well after the beer is gone. 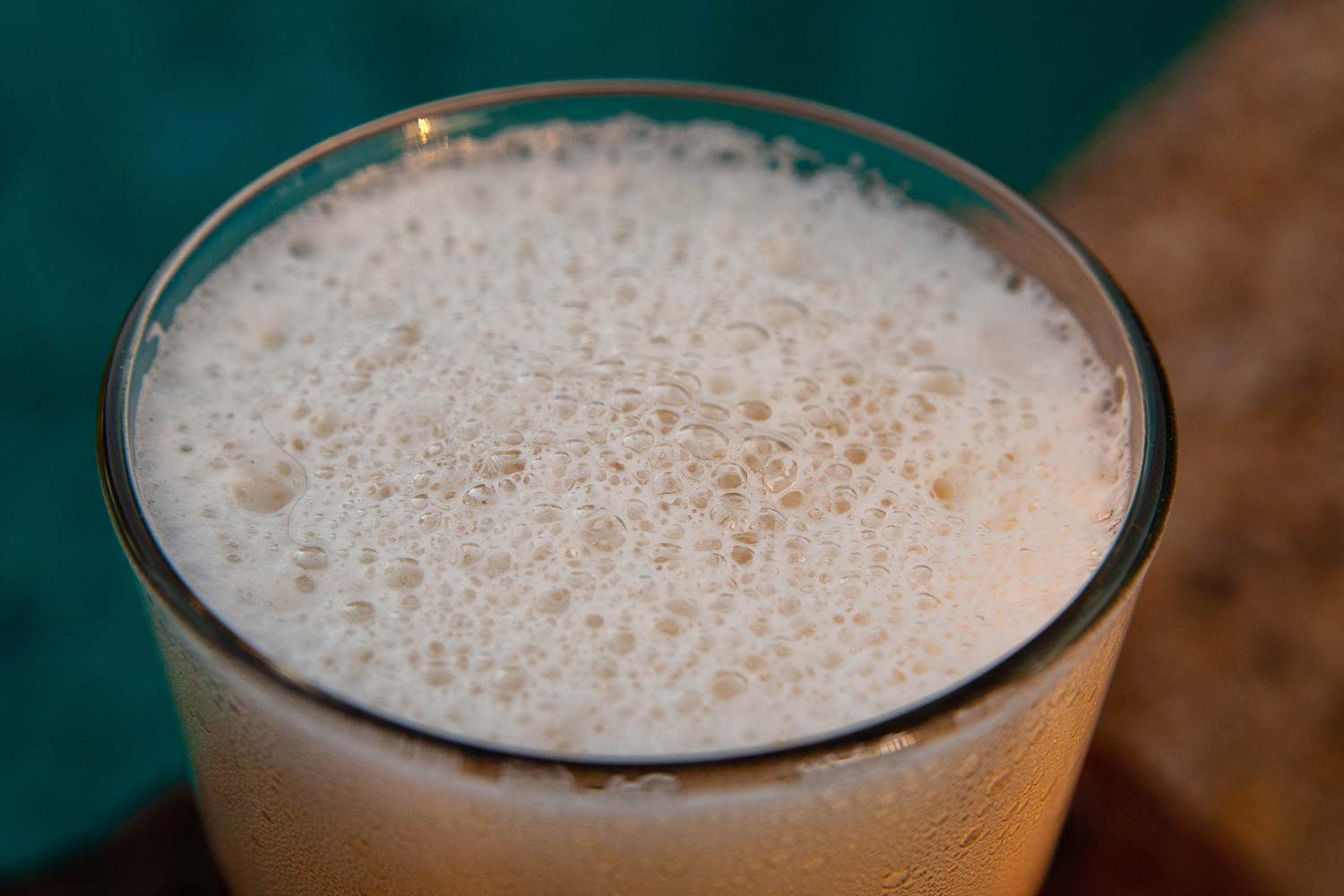 I have dinged this beer a good bit in every section above when comparing it to the official style guidelines — and, if I were judging it in a competition, it would frankly get low marks.

I am left to wonder, though, if that is by design or perhaps a fault of aging. You see, everything I dislike about it — from the floaties to the absent hop aromas and flavors to the nearly bland taste — could be credited to the beer I bought simply being past its prime. In fact, it’s only the light color of the beer that is guaranteed to be the result of the choices made by the brewer. All of which is to say that Bitter Sisters is doing itself a disservice by not putting a date on its can. Without one, I can’t be sure whether this beer misses the mark intentionally or if it’s just too old to be what it says on the tin.

A note to all brewers: If you can, put a damn date on your product — please. Not doing so means that product too old to accurately represent your skill and brand could adversely impact your reputation.

Now, having had my soapbox moment about dates on packages, I will return to regular programming and say that, due to past experience with Bitter Sisters and the quality displayed in their other products, I’ll be giving Hot Temper another chance in the future. But it will probably be in a more controlled environment, like the Bitter Sisters’ taproom, where I can be sure the beer is fresh and under the close supervision of the folks who created it.