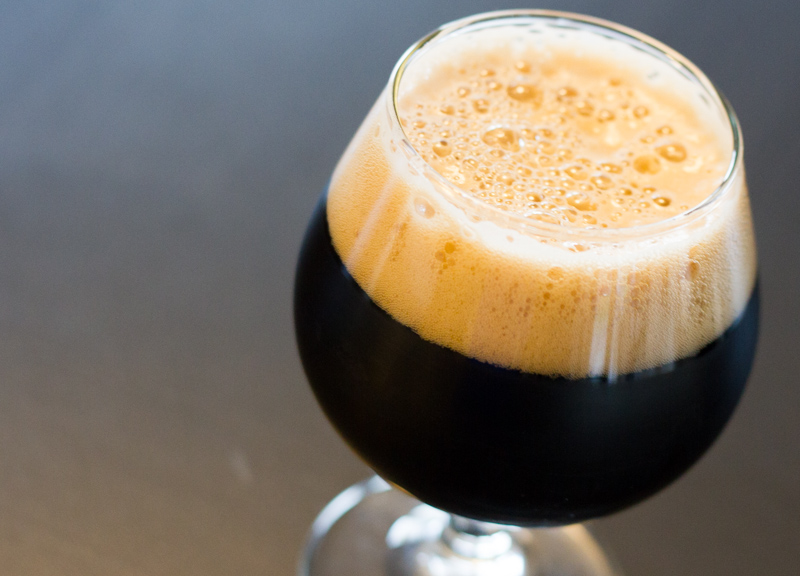 Martin House’s Kafkaesque Is Bizarre, Sure, But Don't Let That Bug You.

This week, we sipped on Martin House's Kafkaesque.

Overview.
I'll admit it. I'm a week late in wishing you, beer fan, a Happy New Year. But what better way to make it up to you than by kicking off 2016 reviewing a weirdo beer from Martin House? I'm a newcomer to Kafkaesque, but I will not likely forget about it. Part of me wants to think that this beer was born of a series of missteps. Part of me wants to think that Martin House intended to add all these layers of complexity from the start. What I do know is that Martin House has turned the weirdness to 11 with Kafkaesque.

For this review, I have categorized the beer as a specialty IPA. Perhaps we could label it the same way as Lakewood Growler does — as an American Strong Ale. On its site, Martin House states that this beer starts as an imperial IPA. Luck's menu on TapHunter lists this beer as a bizzaro ale. Fun!

For the record, Martin House labeled this beer as an imperial smoked black rye oaked raspberry IPA. It sort of reminds me of overhearing someone's $8 order of something once resembling a coffee-like drink at Starbucks. But, hey, let's not automatically turn to negative-town just because there's a lot of stuff going on with this beer.

Let's give it a chance, OK?

Background on Specialty IPA.
Specialty IPAs live amongst the more traditional IPA styles but, as of 2015, all these hoppy misfit toys have their own sort-of style according to BJCP standards. Specialty IPAs represent an amalgam of roasty, fruity and other players all together. Weird? Yes! Specialty IPAs are supposed to be recognizable as IPAs right off the bat, but this is where I have trouble with Kafkaesque. There's just a lot going on here. Specialty IPAs can have ABV ranges from 4 to 10 percent. Kafkaesque clocks in at the high end of this range.

Appearance.
Kafkaesque pours black with a pillowy, light tan head. As I taste this beer, lacing clings to the glass and sticks around for what seems like forever.

Aroma.
The first aroma I sense from Kafkaesque is dark roasty malt. Then a kick of sharp rye hits me, but certainly not in a bad way. Rounding out the tour or aromas is a wood note, along with a lingering sweetness and berry, cakey sort of aroma. As the beer warms up a bit, the volume of the fruit notes increase. At 95 IBUs, there is a healthy dose of bittering hops in this beer. But I don't get a ton of hop aroma on the nose; the hop notes are obfuscated by the roasty intensity.

Flavor.
The roasty flavors are also the first thing that I sense when tasting. Following the roast note — and not to be outdone — are flavors of smoke, wood and fruit. The smoke and wood help round out the roast notes without making the palate on this beer too bitter. Then, as if to save me from myself, the fruit shows up to help balance out the immense bitterness. The aftertaste hangs around, but it's not a palate-wrecker like I imagined it would be. Overall, the flavor profile is a little bit confusing. I'm left wanting a little less bitterness from the roast and smoke, and a little more balance help from the raspberries.

Mouthfeel.
This beer is huge and weird, and the mouthfeel is delightful. First, I sense a smooth, almost chocolate milk-like coating in my mouth. The carbonation hangs around for a moment while it bites my tongue. If there's a part I like best about this beer, it's the mouthfeel.

Overall Impression.
Martin House gives the traditional rubric of rigid beer styles a giant middle finger with this beer. Is it a specialty IPA? Sort of. Is it a strong ale? Yeah, kinda. Is it a “bizzaro ale,” maybe? For sure. However, I am trying to stick to the more major styles here. This beer is definitely complex; I'll give it that much. Kafkaesque is all brute force with flavor, and not so much with nuance. 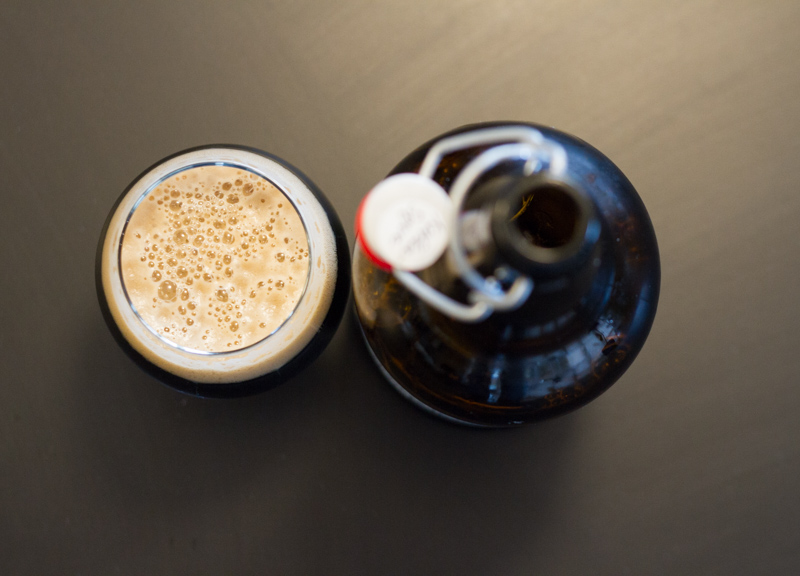 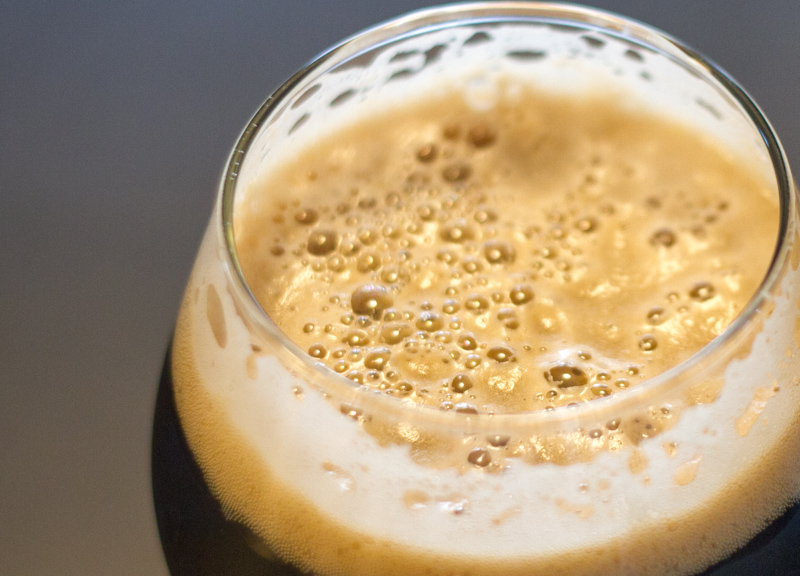 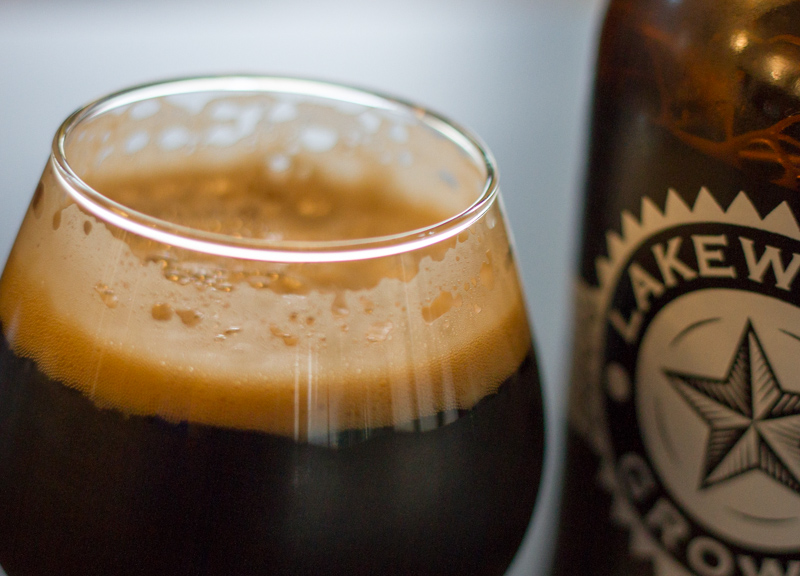 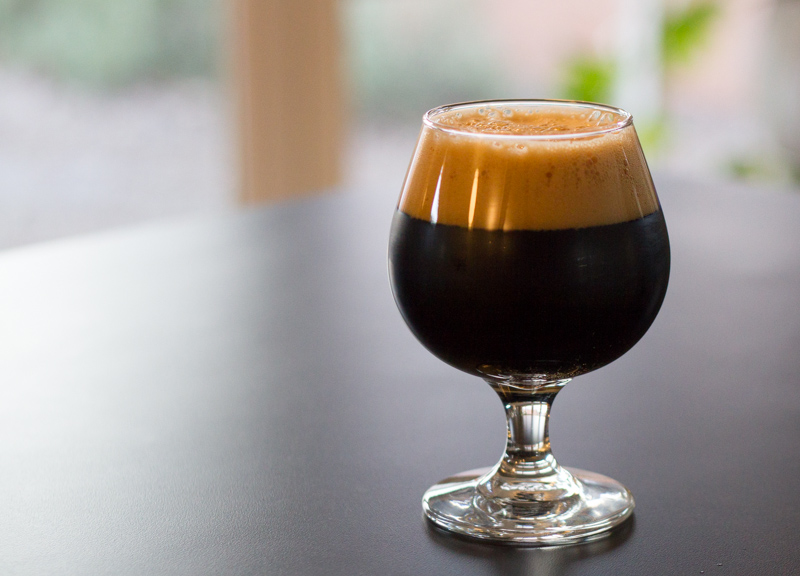