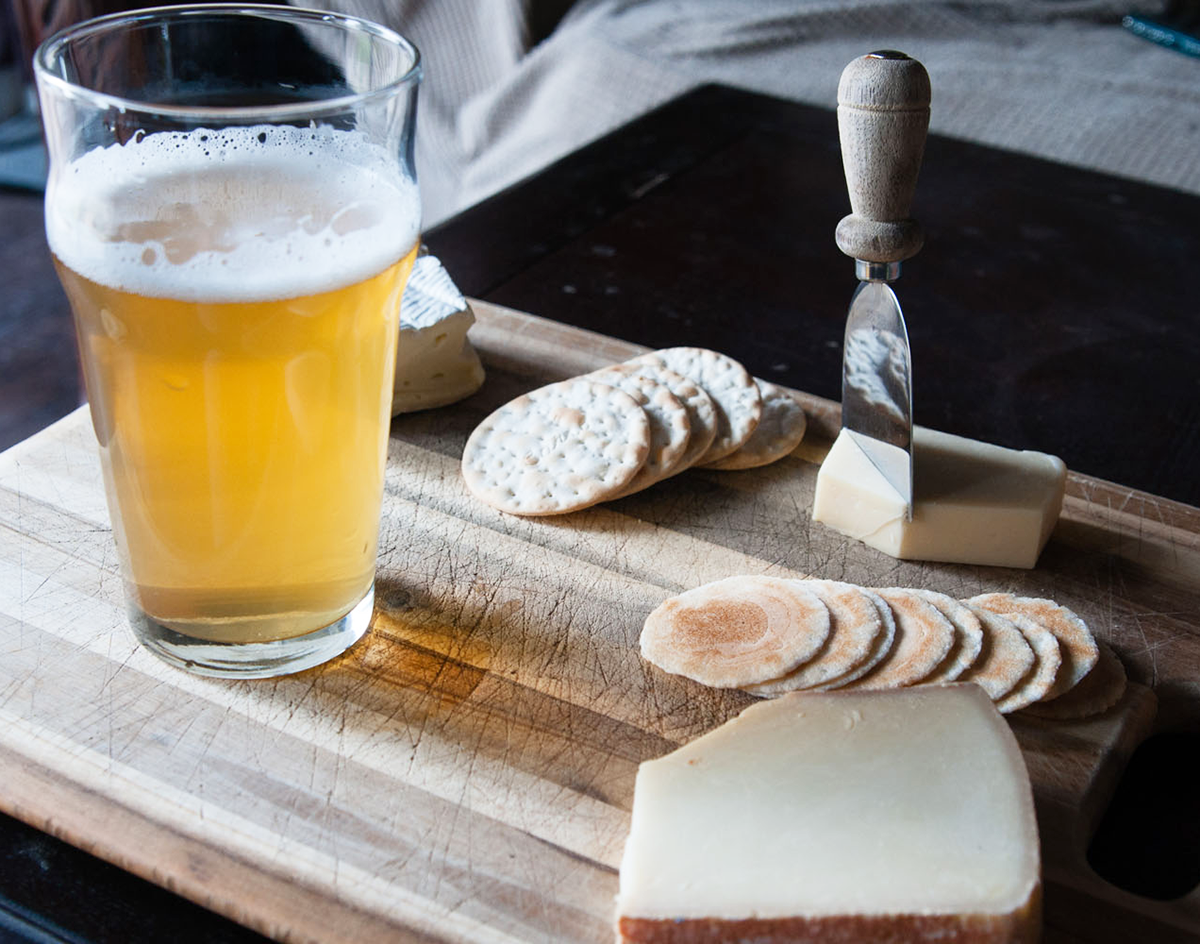 The Keller Brewery’s Direct Fire Method Has This IPA Tasting Like A Grapefruit Breakfast On The Back Porch Of A Cabin In The Pine Forest Of East Texas.

This week we sipped on Mór IPA from Shannon Brewing Co.

Overview
Shannon Brewing Co. is tucked away in Keller, a northern suburb of Fort Worth, and has been in business since 2014. Shannon is different from any other brewery in North Texas (and probably the U.S.) in that it employs a direct fire brewing system, a method that has fallen out of favor due to the rise of steam powered brewing and the control it offers. Founder Shannon Carter designed the system himself to mimic systems used by his ancestors’ brewing in Ireland. He believes the direct fire method allows for greater caramelization of the sugars in the malts, giving Shannon beer more depth of flavor.

Shannon does something else a bit different from other breweries, too – it uses natural spring water from right on the property, which is used in a largely unmodified state. Because beer is 90 percent or more water (depending on style), it is incredibly important to the brewing process. Many of our favorite styles today come from specific geographical areas solely because of the chemical makeup for the water in the area. To reproduce those styles, most breweries treat their water to create the right mineral balance and remove or reduce unwanted additives from treatment plants – things like chlorine. Because Shannon pulls directly from a natural spring, the brewery need not worry about additives while still leaving the water unmodified.

Background on American IPA
While American IPA wasn’t unknown before the modern craft beer era began, it was not as popular or as refined. The style we think of today as American IPA was born in San Francisco in 1975 when Anchor brewing created Liberty Ale. Liberty is still produced today, but it is doubtful that in a blind tasting, it would be recognized as more than an American Pale Ale – IPAs little brother.

American IPAs are characterized by the Beer Judge Certification Program as a beer of moderate strength, exhibiting a pronounced bitterness and hop character. It should be a showcase for American and New World hops highlighting aromas and flavors like citrus, pine, resin, tropical and stone fruit – just to name a few. Beers of the style should be mostly clear and fall into the darker end of the pale beer spectrum with color ranging from medium gold to light reddish-amber. It should also produce a medium-sized head, white to off-white in color that should last a bit. 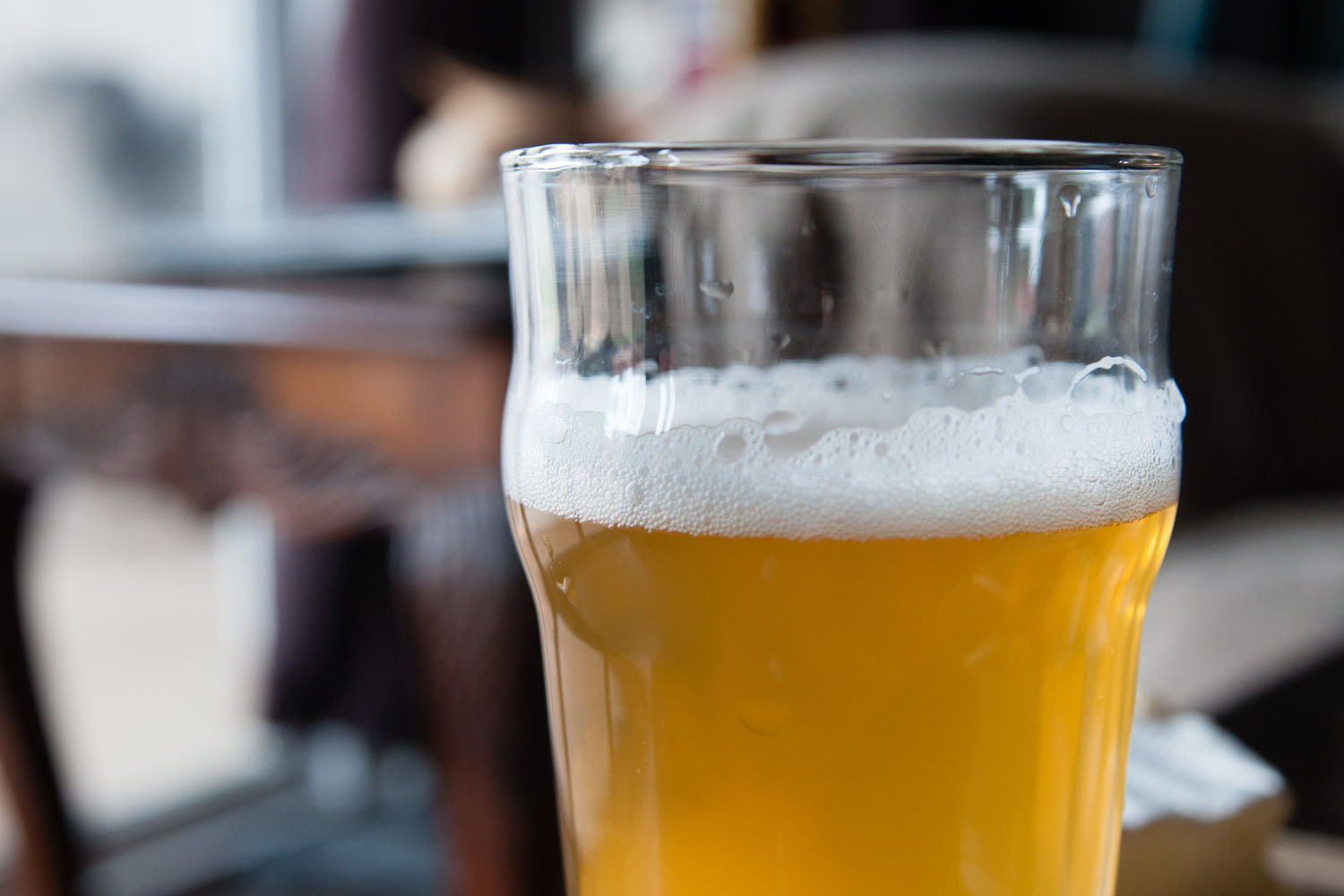 Appearance
Mór IPA pours yellow-gold and slightly hazy with a fabulous pure white head of foam. The haziness could be attributed to either Shannon not filtering its beer or a bit of chill haze. Either way, the haze clears quickly leaving the drinker with a beautifully crystal-clear beer. While the color is inside the expected range for an American IPA, it certainly falls more to the lighter end than most other commercial beers of this style on the market right now. In fact, it is light enough to be mistaken for some blonde ales. The foam is structured with a variety of bubble sizes and builds right to the edge of the glass with a vigorous pour before showing a healthy persistence before retreating to form a thin blanket over the surface. It leaves behind a lovely bit of lacing around the top of the glass.

Aroma
After weeks of drinking winter seasonals and NEIPAs, this American IPA was a bit of a shock to the nose. Mór IPA brings a classic aroma profile for the style featuring backwoods notes of pine and resin. Mixed in are light citrus aromas of grapefruit, orange and lime that lend the overall aroma a sweet tone. The whole combination is both complex and relaxing.

Flavor
Mór IPA brings a woodsy, earthy flavor combination that is really enjoyable. All of the same notes in the aroma are present in the mouth, though they have switched places a bit. The grapefruit and resin take dominance over the pine which slots into a supporting role. The orange and lime drop all the way back to the finish, providing some great color for the lingering bitterness. All in all this beer tastes a bit like a grapefruit breakfast on the back porch of a cabin out in a pine forest of East Texas. 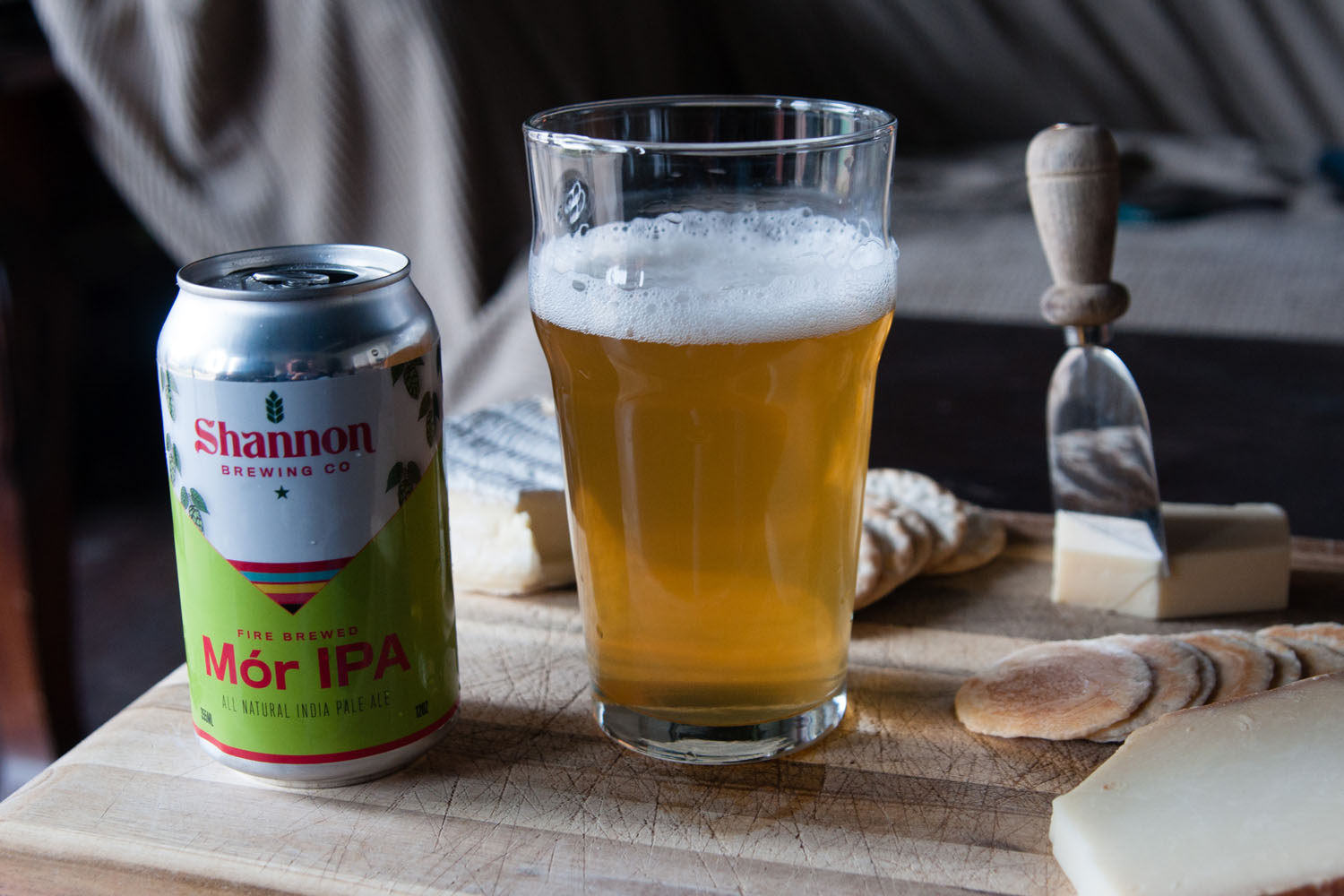 Mouthfeel
Shannon delivers nearly the definitive American IPA mouthfeel with Mór. This beer is just short of medium body with medium carbonation. The texture is smooth with a light burn from the carbonation. The finish is medium in length with a Goldie Locks-like lingering bitterness – neither too little nor too much.

Pairing
Mór IPA, being a prototype American IPA, will go well with a wide range of great food, especially your average pub standards. Having said that, let’s focus on something a little different – cheese. While it might not be a style you would typically think of with cheese, many of an IPA’s qualities make it a great cheese partner. The direct bitterness in this beer is a refreshing palate cleanser, meaning it will go great with creamy and fatty cheeses – think triple cream here. The bold flavors mean it has the intensity to deal with cheeses possessing a strong character. A couple of favorite cheeses to try that are readily available locally are Humbolt Fog, a soft goat cheese from Cypress Grove in California, and Hook’s cheddar from Wisconsin – the older the better.

Overall Impression
To quote some of my British co-workers, Mór IPA does “exactly what it says on the tin,” meaning that it provides that classical American IPA experience. In a beer world where so much attention is spent trying to push the boundaries of what we think of as beer, I really appreciate this firmly grounded approach to what has been the most popular style for much of the last 20 years.

I do admit to finding the color a bit misleading. As humans, we largely taste first with our eyes. The light color of Mór IPA initially had me thinking of something less robust, so there is a bit of mild surprise with each sip to remind you that, yes, this really is an IPA. However, this beer is still damn pretty, so I consider the color a minor thing and not necessarily bad one, either.

With so many IPAs out there to choose from, I’ve never really had a house standard in the style. Shannon has me thinking I might need to change that, and that Mór IPA might just fill that void.