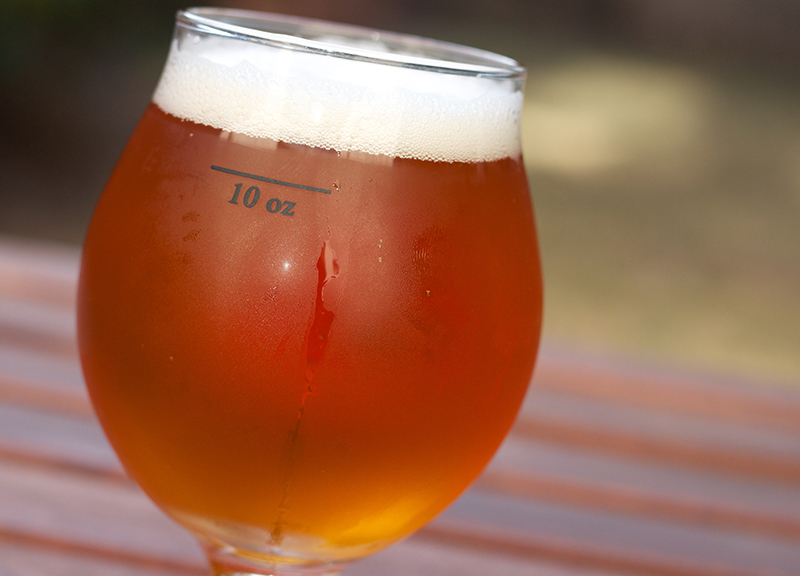 Revolver's High Brass Has Promise But Can't Hide Its Flaws.

This week, we sipped on Revolver Brewing's High Brass.

In the craft beer world, a brewery typically adds a Blonde Ale to its lineup out of necessity, not necessarily out of any kind of burning creative desire. For the most part, a Blonde Ale is an easy-drinking, light, flavor-neutral, easy-to-produce ale. It's the kind of beer you add to your lineup to serve as a gateway to your other products and provide an agreeable option for those more familiar with the macro-produced light lagers of the world.

Still, though, a Blonde Ale hides no flaws, so the brewer needs to be on his or her game for the style to work.

Background on Blonde Ales.
See above for a simple, general description of a Blonde Ale. For more detail, read on. A Blonde Ale should pour clear, and have a light yellow to deep golden hue. The head should be low to medium white, and have decent retention. Expect a light to medium sweet malt aroma, low to medium hop aromas (almost any variety will do) and there may or may not be a bit of fruitiness. Flavors include more faint sweet malt, low to medium levels of hop flavor, low to medium bitterness (though usually balanced towards the malt side), and a slightly sweet finish. Mouthfeel should be medium light to medium, with high levels of carbonation.

Appearance.
High Brass pours crystal clear with almost a copper gold color and a thick frothy white head. There's some decent head retention, but it doesn't exactly stick around for long, either.

Aroma.
Remember the first time you ever bothered to smell a freshly poured Heineken? If it's been awhile and you can’t quite recall, it's that sort of funky, skunky, stale, earthy aroma that a lot of macro light lagers suffer from. And it's this same, unfortunate tasting note that forms the first impression for High Brass. Beyond that system shocker, there's some faintly sweet, bready grain.

Flavor.
Subtly sweet malts can be found upfront with a firm hop backbone and dry finish. For a Blonde Ale, the sweetness-to-bitterness ratio is quite nice here, with the overall profile leaning slightly more towards bitter than sweet. Beyond the sweet, malts there's also a bit of fresh grain and mineral flavors.

Mouthfeel.
High Brass has a light mouthfeel with slightly elevated levels of carbonation, which is appropriate for the style.

Overall Impression.
Were it not for the initial offputting aromas this beer would score much higher. Still, it's a prrety interesting brew: While not quite a Blonde Ale in the traditional sense — it sort of flips the sweet-to-bitter ratio on its head — High Brass is close enough to the style so that an average drinker would not find confusion in a sample. And, moving beyond the aromas, the beer's flavor is actually balanced quite nicely: It has surprising depth for a Blonde, and the fact that it's not an overly sweet or malt-forward affair is refreshing.

But those aroma, though. They're hard to overlook. And, in turn, they help High Brass serve as a prime example of just how difficult it is to hide flaws in lighter beer styles. 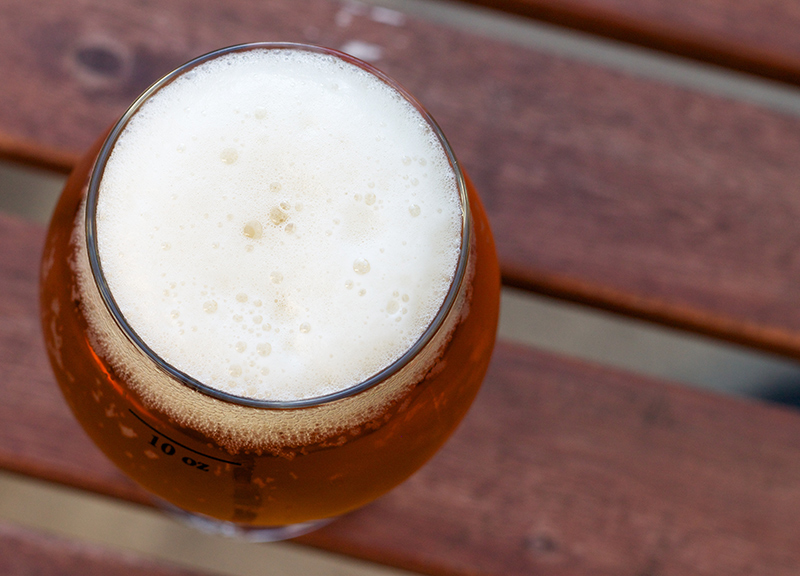 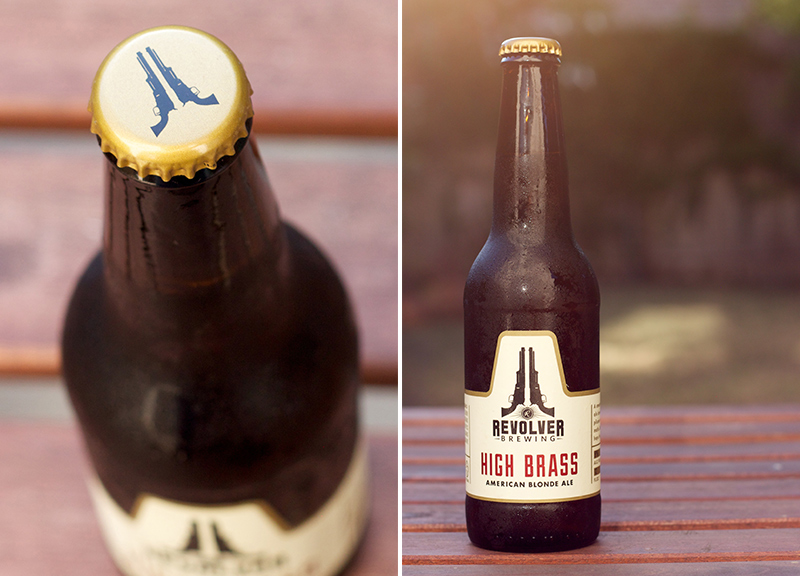 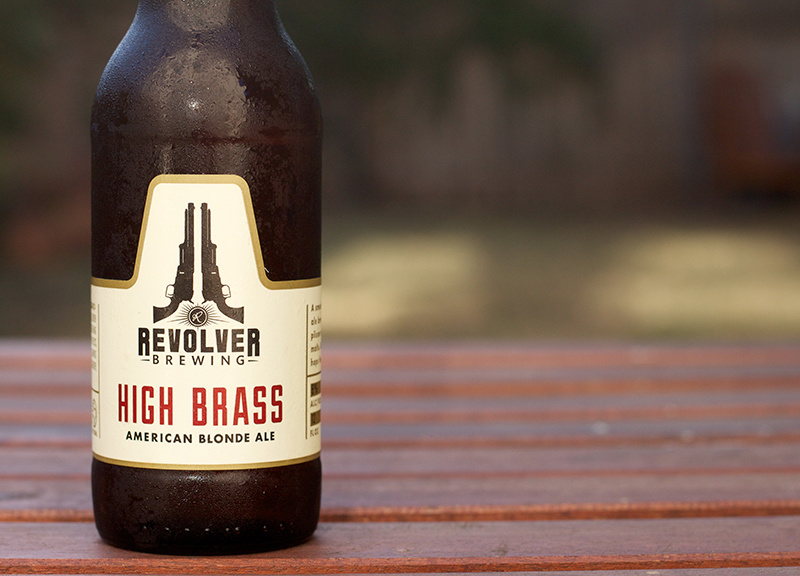 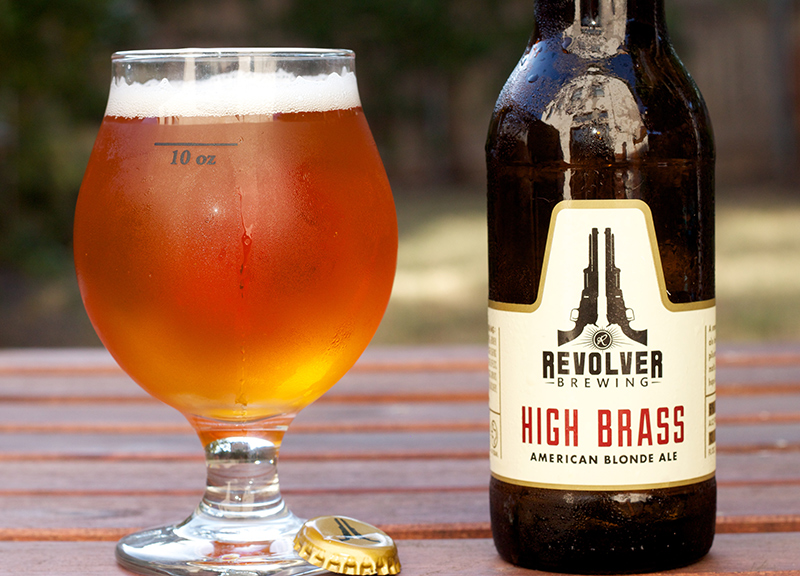