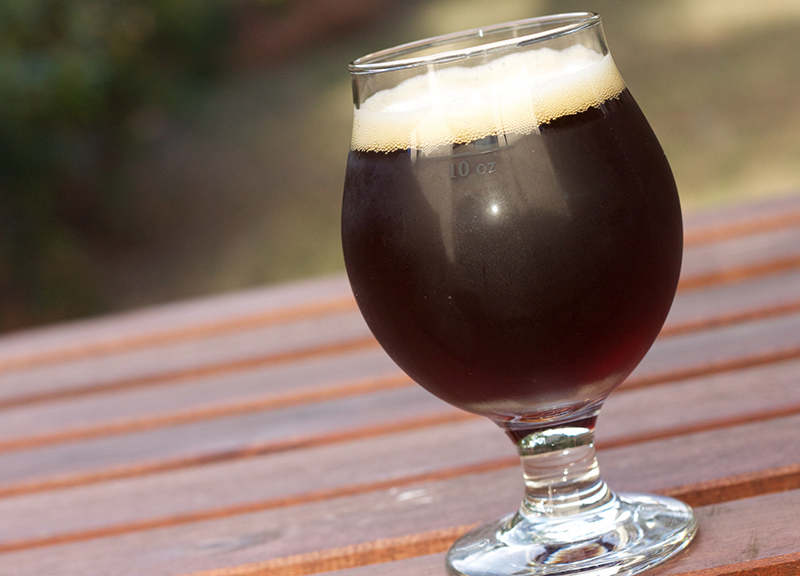 Keep Your Shiner, We'll Have A Revolver Bock.

This week, we sipped on Revolver Brewing's Bock.

Overview.
Bock. In these parts, that word conjures images of that classic yellow and goat-adorned labels Shiner's flagship beer. But a Bock style beer can — and should — be something much greater than that popular regional beer represents.

A good Bock should be malty, sweet (but not too sweet) and perfectly balanced. Really, it should be the perfect middle-ground beer for all occasions. Revolver's take on the style is a year-round offering, uses an American Ale yeast, Northern Brewer and Willamette hops. That's one way it's different.

Background on Bocks.
Bocks are traditionally dark, strong and malty lager beers. They originated in the Northern German city of Einbock sometime between the 14th and 17th century.

The traditional Bock will have a clean but strong malt aroma, frequently with some toasty overtones and almost zero hop notes. Bocks should be light copper to brown in color with good clarity and a lasting, off-white head. Flavors should mirror aromas with strong malt flavors, caramel notes and just enough hop bitterness to counterbalance those strong malts, while still allowing a bit of sweetness to shine through. The beer should be clean-tasting with no hop flavor or roasted or burnt character.

Aroma.
Sweet caramel malts on the nose with hints of vanilla and a slight hop spice.

Flavor.
For a beer that's supposed to be malt-forward, there's some surprising bitterness up front, followed by pronounced malt sweetness. More caramel, vanilla and slight toffee flavors follow, similar to the aroma. Also like the aroma, there's a bit of a spicy hop presence. True to the Bock form, Revolver’s take is clean not cloying, and finishes with just a bit of malt sweetness. The use of hops here provides needed and palate-pleasing balance.

Overall Impression.
Revolver's take on a classic German Bock seems less a recreation of a classic style and more of a slight reinterpretation meant for the average American craft beer drinker, who may prefer a bit more pronounced bitterness and hop bite in their beverage. The dominating malt presence is certainly there, but so is a slightly elevated hop component. The resulting concoction is quite drinkable, refreshing — and destroys Shiner, perhaps the most well-known Bock in Texas.

Due to the excellent balance and wide range of flavor components, this is a beer that would pair well with a variety of foods. 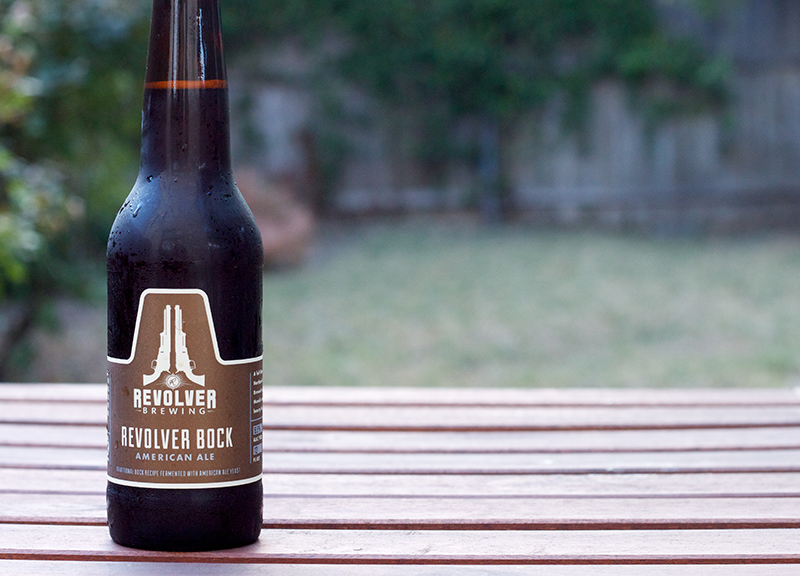 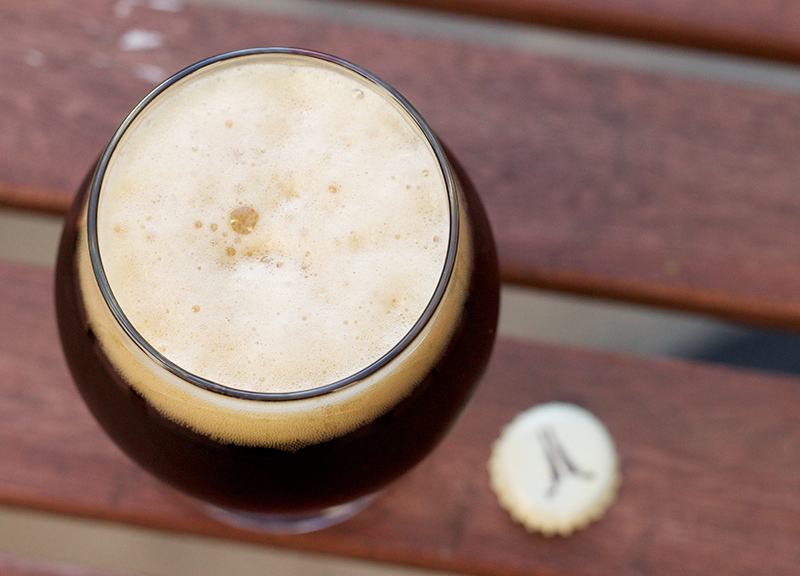 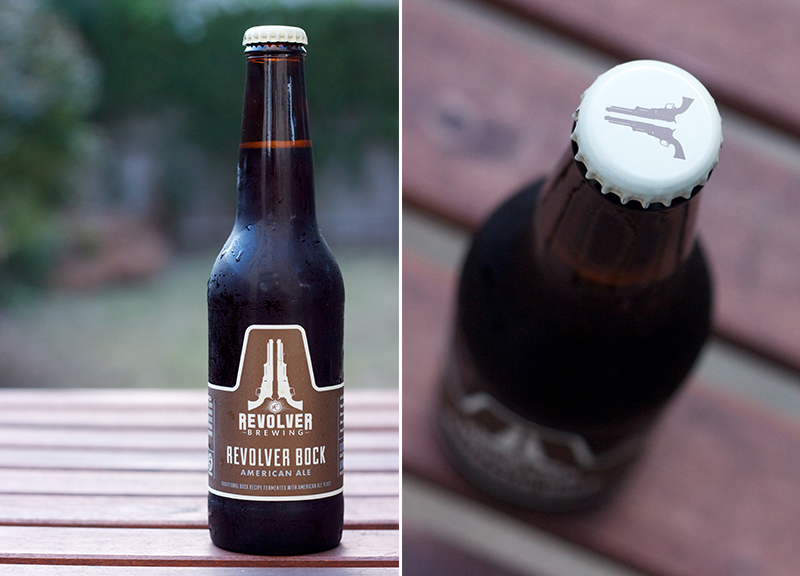 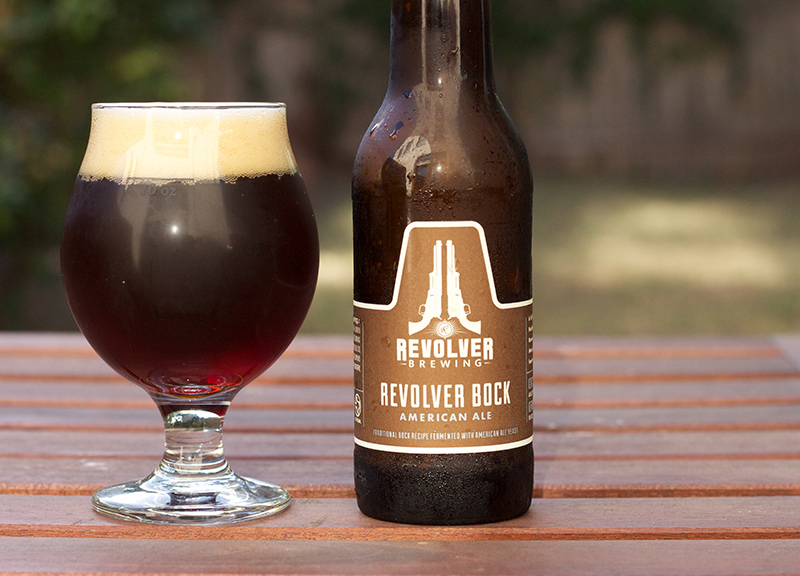 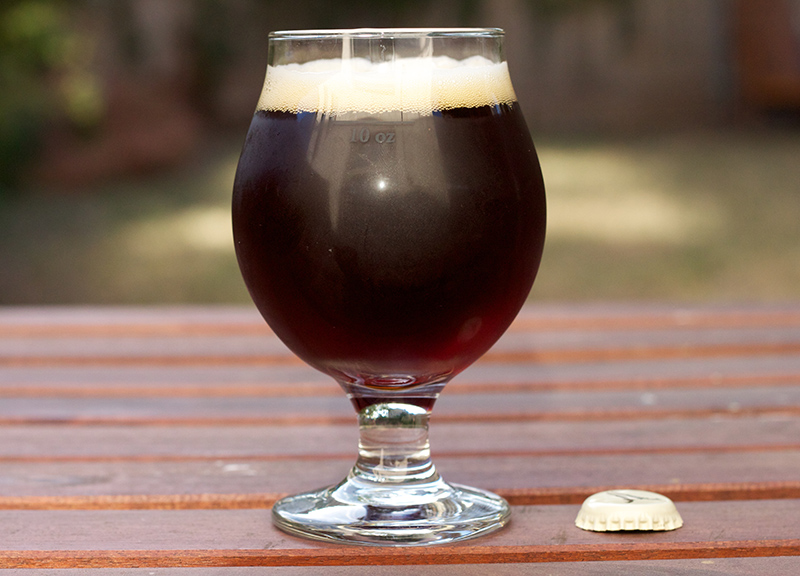