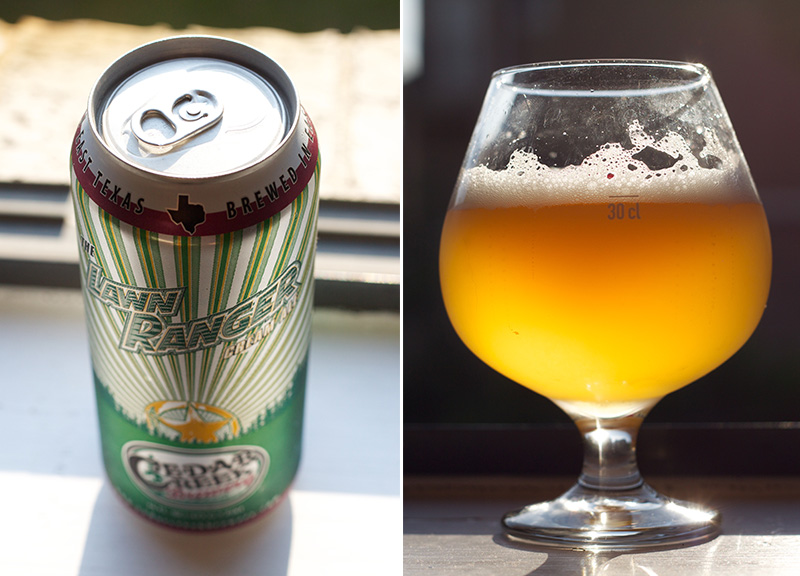 Cedar Creek's Lawn Ranger Could Stand To Grow a Little.

This week, we sipped on Cedar Creek Brewery's The Lawn Ranger Cream Ale.

Overview.
Cedar Creek's The Lawn Ranger has been around for awhile — at least as far as the new generation of craft beers in the North Texas marketplace goes. Really, though: This beer has been available since the brewery launched about a year and a half ago.

I remember sampling early versions at local beer fests like Untapped and Big Texas Beer Fest and enjoying it when I did. But, I haven’t sat down with it in some time, so in many ways, it's overdue.

The Lawn Ranger falls into an ever-popular category that I like to call “Texas Session Beers.” Typically lower in alcohol, these beers are brewed with the idea that they'll be consumed during the hottest summer months, when the idea of a full-flavored Stout or IPA is a turn-off and the idea of a generic light beer starts to, sadly, sound good.

Texas Session Beers exist for those who can't quite stomach a Miller Lite, and who prefer a higher-quality, fuller-flavored, and locally crafted product.

Background on Cream Ales.
See our review of 903 Brewers' The Chosen One for a good overview of Cream Ales.

Appearance.
The Lawn Ranger pours a cloudy golden straw with an initially thick, frothy white head with large bubbles. This recedes rapidly into a thin layer that coats the top of the beer. Cream Ales should really be about as clear as can be, so the appearance is certainly lacking for the style.

Aroma.
There's a faint, sweet, somewhat fruity aroma that reminds me a little of Real Ale's Firemans #4. But there's no discernible hop aroma, and only some little distinguishable malt characteristics.

Flavor.
Initially, you're greeted with a little bit of sweetness up front, followed by medium to strong levels of carbonation that are reminiscent to the slight bite you might experience with a sip of soda. From there, it's medium to low levels of hop bitterness that rounds out the flavor, with slight hints of a metallic or mineral notes. The beer finishes smooth, but with a lingering sweetness that would perhaps be a bit unpleasant on a hundred degree day.

Mouthfeel.
There are medium to medium high levels of carbonation here, which is appropriate for the style.

Overall Impression.
Except for the clarity issue, Cedar Creek has brewed a Cream Ale that's pretty true to the defined style guidelines. It's a light, refreshing ale with flavor — but with no single component that overwhelms or bogs the beer down too much.

If the goal was to brew a sessionable beer that can be enjoyed in hot weather, Cedar Creek has certainly succeeded.

For my palate, however, it finishes a little too sweet, and the flavor and aromas aren't terribly exciting. So it's probably not a beer I'd reach for very often. Because of this and the clarity issue, Lawn Ranger gets taken down a few points on my ratings scale. 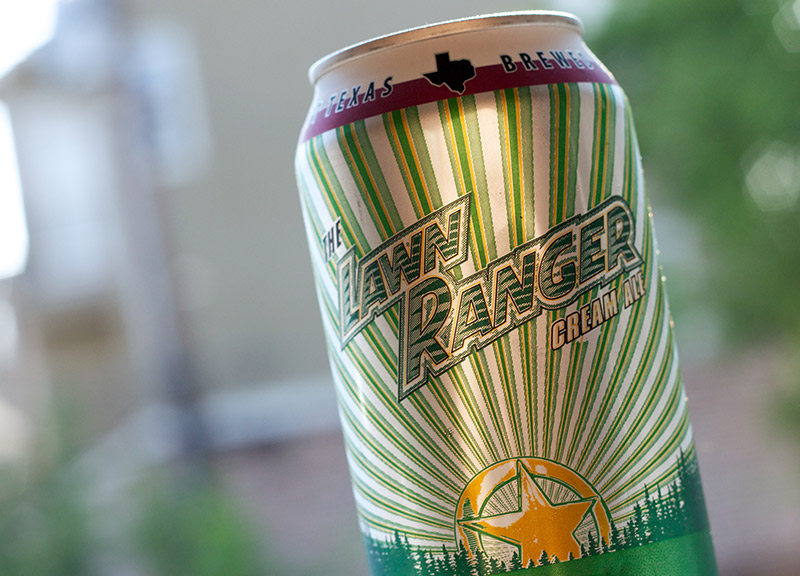 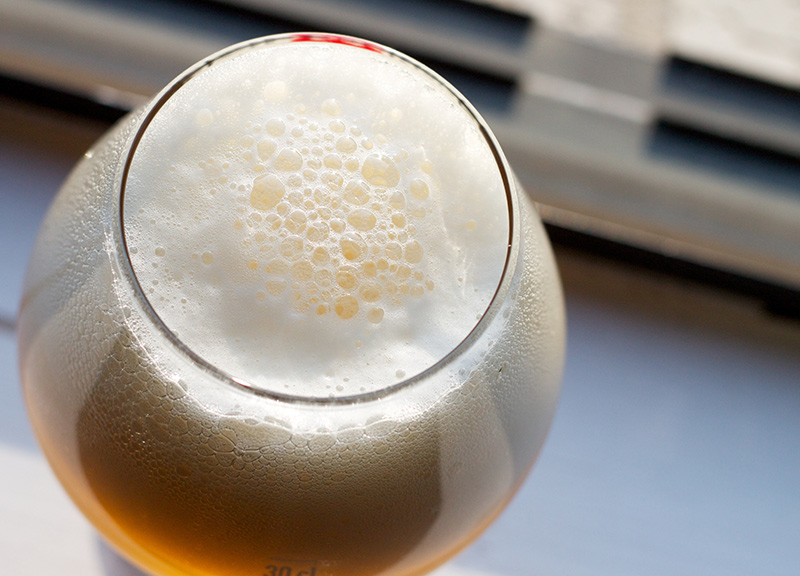 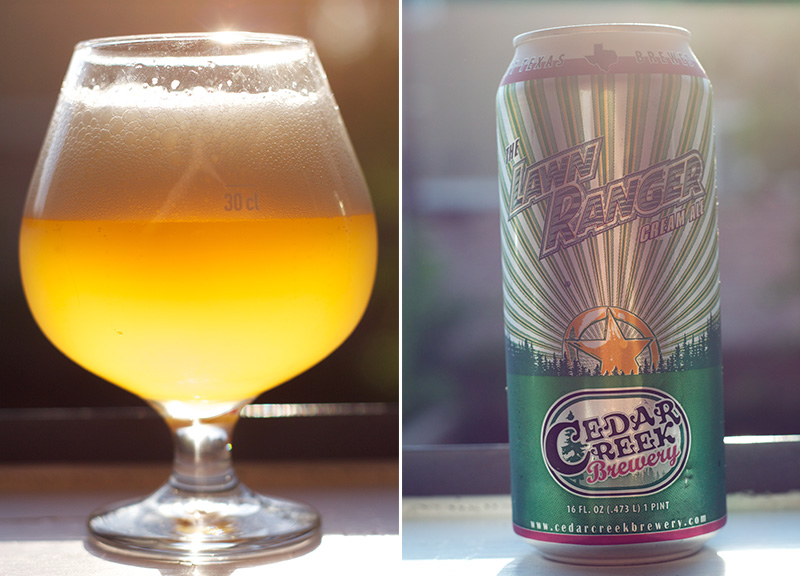 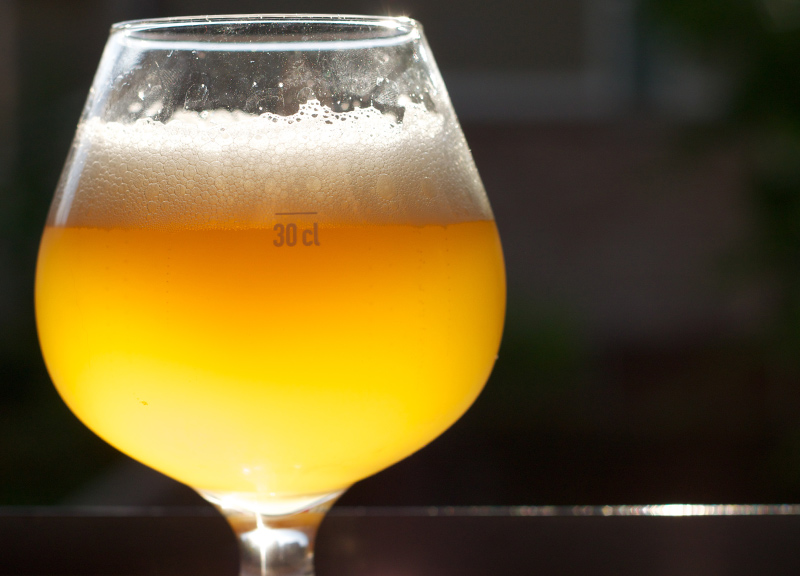 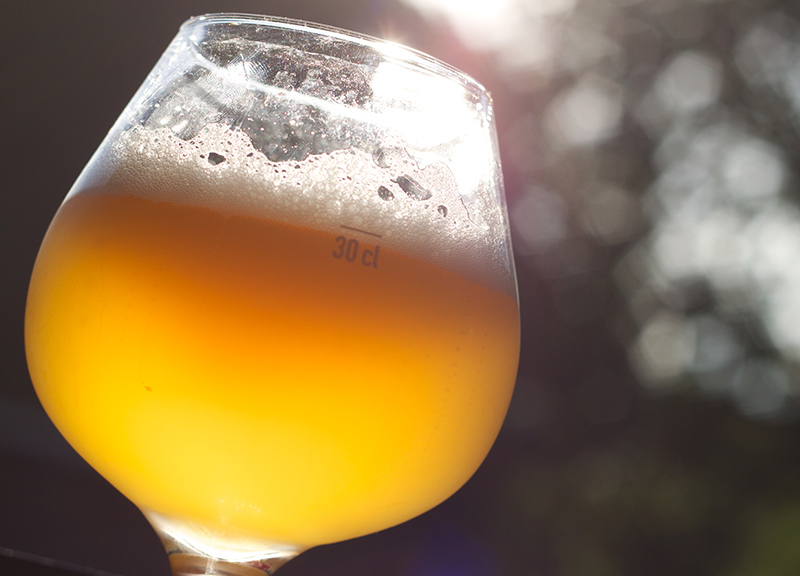