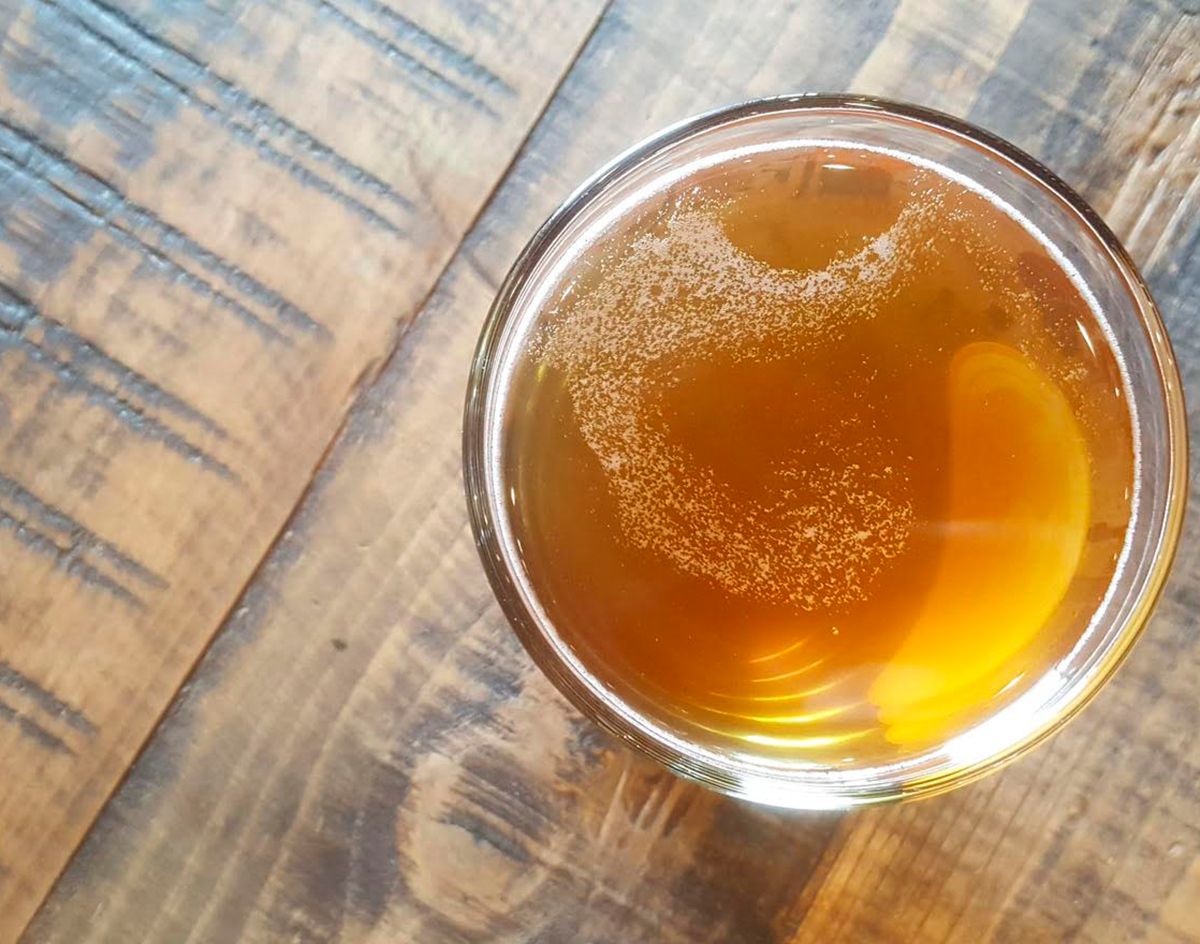 Three Nation Brewing Company’s Texas Gold Chili Lime Is Heavy On The Pepper, But Balanced By Its Blonde Ale Base And Just Enough Lime.

Over the weekend, we dropped by Three Nations Brewing Co. for a Texas Gold Chili Lime. 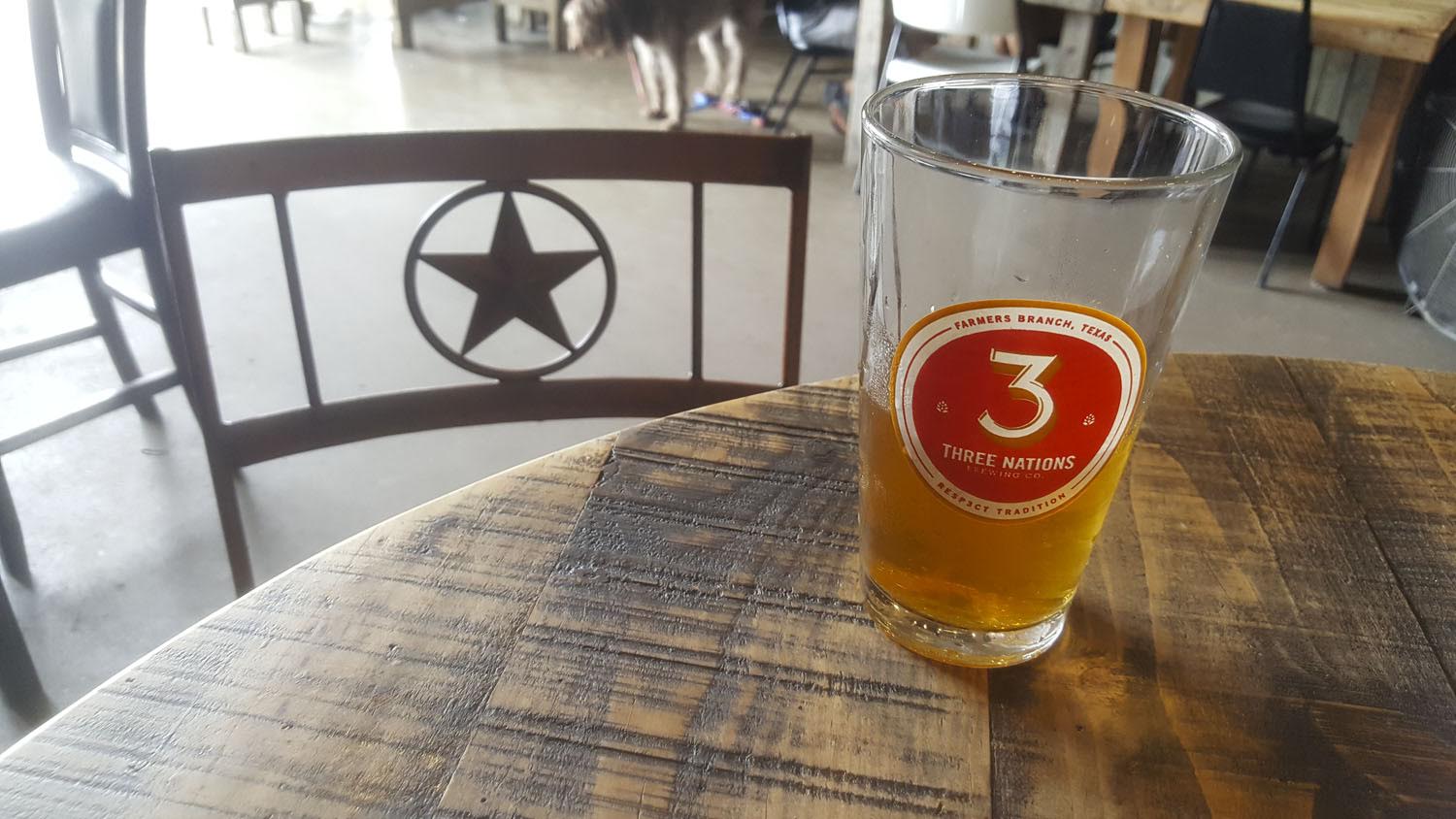 Overview.
Three Nations Brewing Co. has been around for just over four years, making a name for itself with solid interpretations of standard beer styles, often following those up with fun, inventive twists on these same brews. The brand’s classic American Wit became the brilliant Royal Blood, Devout Imperial Milk Stout has seen numerous variations and this isn’t the first time it has been fused with the popular Texas Gold blonde ale as a base for something new and fun. Three Nations’ quirky but direct tagline, RESP3CT TRADITION, tells you everything you need to know – get the basics right first, then color outside the lines.

This beer is created using a base of Three Nations’ Texas Gold blonde ale, then by adding serrano peppers and lime zest. I had this beer roughly nine days after the initial pepper and lime additions.

Background on SHV.
SHV is short for “spice, herb or vegetable,” and per the Beer Judge Certification Program Style Guide, is “a harmonious marriage of SHV and beer, but still recognizable as beer.” As you might imagine, this is a broad category of beer, and it is becoming more and more common as brewers seek to stand out in the evermore crowded craft beer scene — honestly, this has led to some pretty brilliant beer being brewed. Of course, the trend has also been the inspiration behind some truly horrendous crimes against barley, hops, water and yeast. Thankfully, brewing with peppers falls into the former category, so you can put away the crime scene tape and let the kids back outside to play. Nothing horrible is going to befall anyone today.

Appearance.
This beer pours a brilliantly clear gold. There was little in the way of foam in my pint, and what little there was, turned into a ring formed tightly to the rim of the glass by the time I walked the few steps from the bar to my table. While a blonde ale, by definition, has low to medium head formation, this beer falls short of even that. However, what it lacks in the way of bubbles, it makes up for in color and clarity, falling to the darker side of the blonde scale and filling the glass with picture-perfect clarity. Just looking at it, you just know it’s going to be a refreshing beverage. 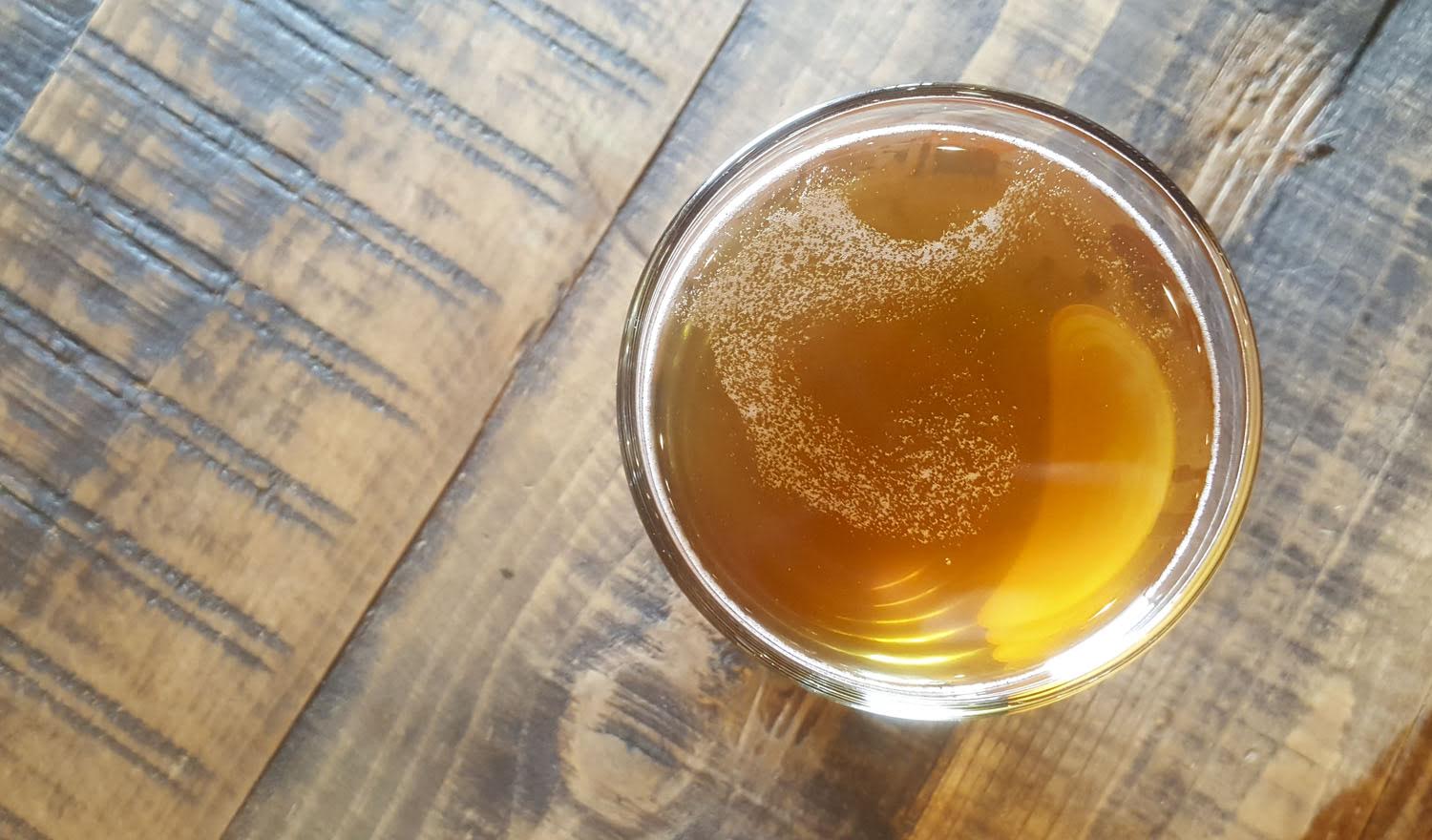 Aroma.
The chili is what you notice immediately, and you notice it long before you get this beer to your nose. In fact, I first had this beer as part of a flight, and I could smell it over my other three selections. Get it up to your face though, and lingering under the heat of the serrano peppers is a hint of the lime – subtle and shy, and if you think about it too much, it hides as though embarrassed. When left to its own devices however, it acts as a nice foil for the stronger notes of chili. I don’t know if it was just me, but I struggled to find much of the original blonde ale here. That isn’t so much a fault as it is a desire to have both.

Flavor.
With the pronounced chili notes on this, you expect a bit of heat at the first sip – but this beer has other ideas. Like a great warm-up band sets the tone for the headliner, the base of blonde ale used for this brew sets your mouth up for the chili heat. For me, the heat took a solid three-count to notice, and then a second longer to understand that it was going to keep turning up the volume on me. Prior to that, it was a combination of yeasty malt with citrus highlights.

With all the talk of heat, you might expect this beer to set your mouth on fire, but that isn’t the case at all. While there is heat, it is a flavor as much as a temperature, showcasing the serrano pepper’s range to full effect. While a fan of peppers in general, I do not believe the use should be a distasteful experience. So, while that spiciness is definitely the aggressive frontrunner here, the malt sweetness of the base brew balances the flavor so you can enjoy the burn without looking for something to extinguish the flames – think pepper jelly on a piece of bread. 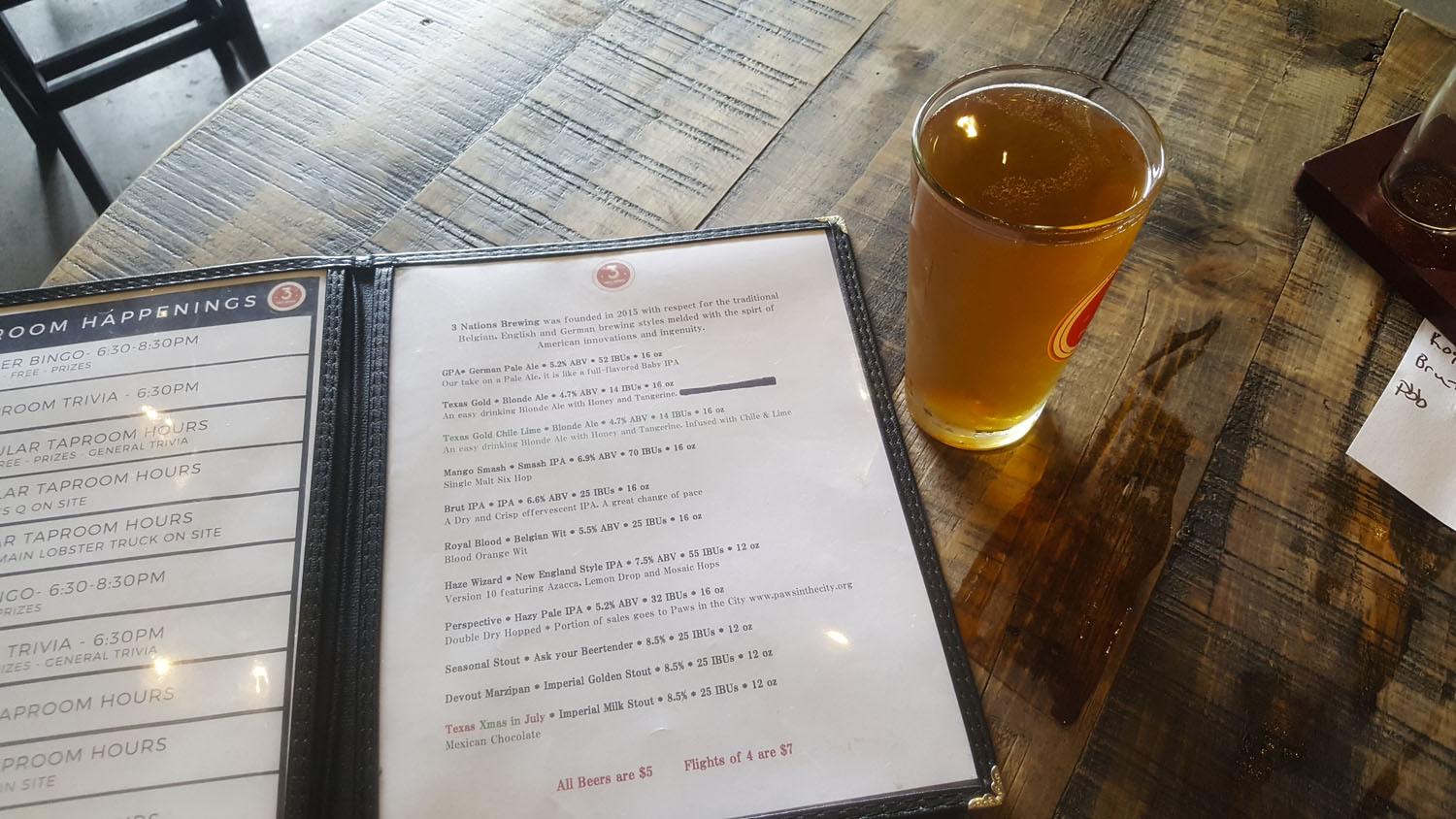 Mouthfeel.
The chili heat gives this beer body where blonde ales are usually thinner. It seems to grow in your mouth, especially if you hold it and swirl it around for 20 seconds or so. Don’t get me wrong, I’m not saying this beer is thick or heavy, not by a long shot. It is still an easy-drinking blonde – that is, it’s easy if you like some bite with your beer. The heat sets up on my lips and in the back of my mouth, hanging around long after the beer is gone. In fact, without food to go with it, I could still feel the remnants of the heat well after leaving the brewery. No blonde ale has ever done that to me before.

Pairing.
Pairing with an SHV beer quickly gets interesting – and this one is no exception. There are two ways to go here.

First, if you are a person who likes it hot, this beer would go well with spicy Mexican or Indian food, as the heat from the beer compounds the heat from the dish – a definite “this one goes to 11” situation, if you will. I can also see it with heavily spiced seafood like a black sea bass or steamed spicy shrimp.

The second option is for those who want the spice while keeping the heat under control, and again, I think of Mexican food – but now it’s chicken enchiladas with a sour cream sauce, quesadillas or fajitas. This beer would also provide a great kick to a plate of cheesy fries. If you want to test out your own ideas, just think about any food combination that includes peppers and then substitute this beer in for them.

Overall Impression.
I like this beer, but I’m always a fan of peppers. I do think I would like it better if the serranos were a bit more restrained and allowed more of the base blonde ale to get some stage time. Don’t get me wrong, I appreciate the aggressive nature of the pepper additions, but by the time you get to the bottom of that first pint, the pepper has built up momentum and ultimately owns the palate more than I would typically bargain for. I’d also like to see a bit more foam, at least for aesthetics, if nothing else. There is something rather inviting about that foam cap on my beer that I miss here, and it would bring the beer up to par visually with what is happening in terms of aromatics and taste. With those caveats in mind, I really enjoyed this and would recommend it to anyone who enjoys pepper beers.