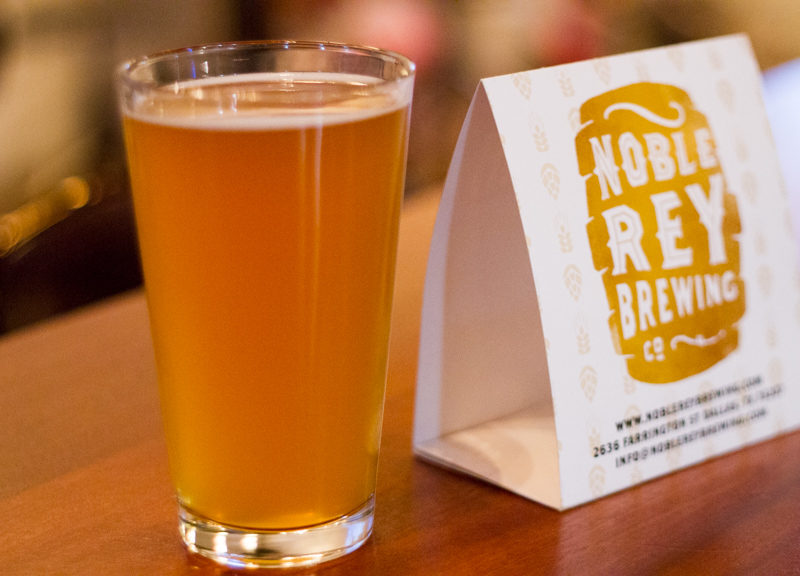 Noble Rey Should Brew Its Golden Rey With Raspberries And Ginger All The Time.

This week, we sipped on Noble Rey Brewing's Golden Rey with Raspberries and Ginger.

Overview.
Noble Rey is one of the Dallas production breweries that really understands that its patrons, like most people, appreciate variety.

I know I'm personally game to drink at least a couple of the housemade beers whenever I'm at Noble Rey's taproom. But these guys also hae 13 other beers on tap, as well as a few ciders from Bishop Cider Company, wines and a few large-format bottles from other commercial breweries.

My point is that Noble Rey has a good thing going with its taproom. Since opening, Noble Rey has stepped up this interior space notably with a lovely bar, lots of TVs on the wall for game-watching, a cozy sofa area, two longer tables for bigger groups, and some old school arcade games. Why am I not hanging out here more?

Background on Witbier.
Wits are typically categorized in the family of Belgian-made beers. They are brewed with a healthy base of wheat and contain nice notes of citrus and the occasional spice, like coriander. A wit is a classic, refreshing, low-alcohol beer that's great for drinking year-round, although I prefer them most when it's hot outside. Noble Rey calls the base beer here — Golden Rey — a Bavarian Wit. I'm not exactly sure what makes their wit more Bavarian than Belgian, other than that it probably uses a slightly different grain bill. But let's not focus too much on the base beer here, because we're talking about two slightly different animals. The addition of raspberries and ginger move this beer almost into the style of a spiced/herb/vegetable (SHV) beer. You could make that case, sure, but for the sake of this review, let's just keep this in the wit category. The BJCP's SHV style is sort of a shit-show of styles, and I believe that this beer's wit characteristics still outshine its fruit additions.

Appearance.
Golden Rey with Raspberries and Ginger (GRRG) pours with a nice head that dissipates fairly quickly. For a couple of these photos, I stirred the beer with a straw to get the head back in shape so we can see what sort of head color we're looking at here. I also had the bar pour a Golden Rey (the base beer) along with GRRG so I could see what sort of difference the fruit additions made. From what I know, the base Golden Rey beer is filtered so that it pours brilliantly clear. GRRG, on the other hand, pours more hazy — the look that I expect from a witbier. I gotta be honest here: It sort of bugs me to see a clear witbier. It's the same sort of sensory dissonance as drinking a crystal clear old-fashioned at FT33. It makes us wonder whether Noble Rey filters the base beer or just lets it ride, and whether the cloudiness comes only from the fruit and ginger addition?

Aroma.
I get slightly more raspberries than ginger on the nose. Just behind these two excellent hints of flavor, GRRG again reminds me that it's a witbier, after all. I appreciate that fact. Founder and sometimes-brewer Chris Rigoulot mentioned to me once that they wanted to brew a beer with hints of flavor — not something that's going to pop right out and smack you on the head. And that's what I get here. There's a cleanness on the nose, a sweetness from the raspberries, and a hint of something sweet to come.

Flavor.
Like the aroma profile, nuance is a key theme in the flavor of GRRG. I sense the classic witbier spice and orange-ish roundness as the backbone, but much less honey and biscuit than the base Golden Rey has. There's a comforting sweetness from the raspberries, but there's hardly any syrupy or sugary sweetness. It's subtle. The ginger hangs around in the aftertaste, a palate cleanser that reminds me that I'm drinking a beer with ginger in it. However, I don't feel like pouring the beer out like I do with most beers with ginger flavoring. To me, a lot of ginger beers taste like what I imagine floor cleaner tasting like. I don't get that at all with GRRG.

Mouthfeel.
Even though the beer loses its head rather quickly, the carbonation bite is adequate through the entire pour. The carbonation bite seems to dial up the bite of the fruit addition. GRRG is a medium-bodied beer, and the aftertaste is clean.

Overall Impression.
Rigoulot tells me that people have been a little gun-shy when they read the word ginger on the tap board next to this beer — they ask how much ginger is in it, mostly. I totally get it; I hate ginger beers too! What's worse, a ginger or a pepper beer? Trick question. They both normally suck, and they're way, way, way overdone with flavoring that crushes any subtlety or nuance to the drinking experience. GRRG, however, excels in how it still keeps its backbone without morphing in to a palate-wrecker. Yes, there are pronounced flavors of raspberries and ginger in this beer, no doubt. But the flavor tweaks in GRRG seem to elevate this beer over its base beer, Golden Rey. And this beer excels in subtlety, a trait that is massively under-appreciated. I think that Noble Rey should brew this beer — or some variation on the theme like they do with GRRG — year-round. 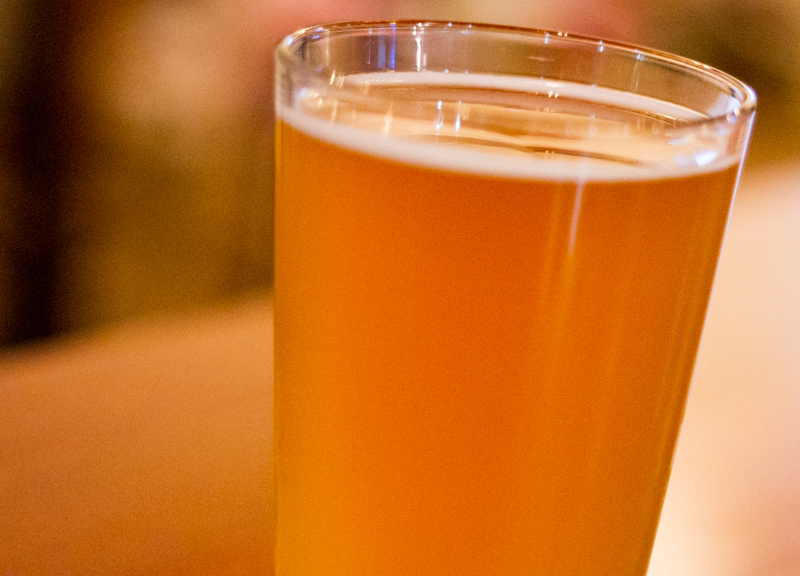 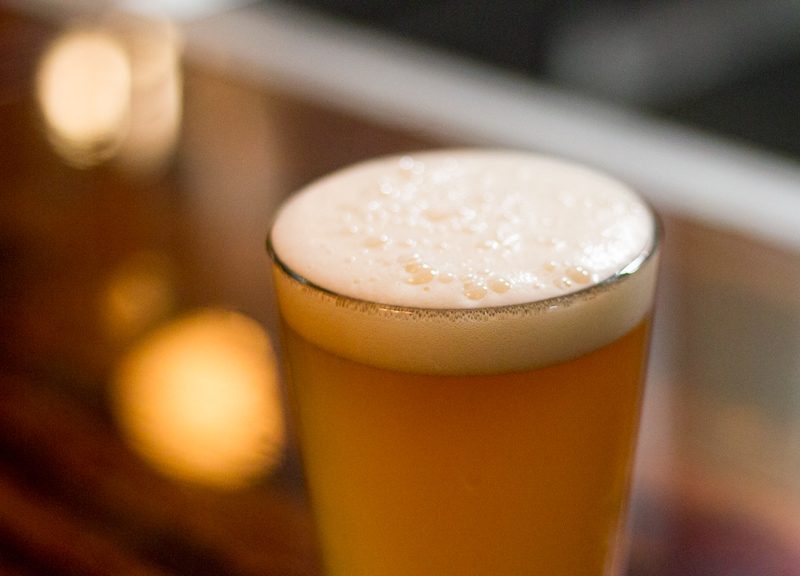 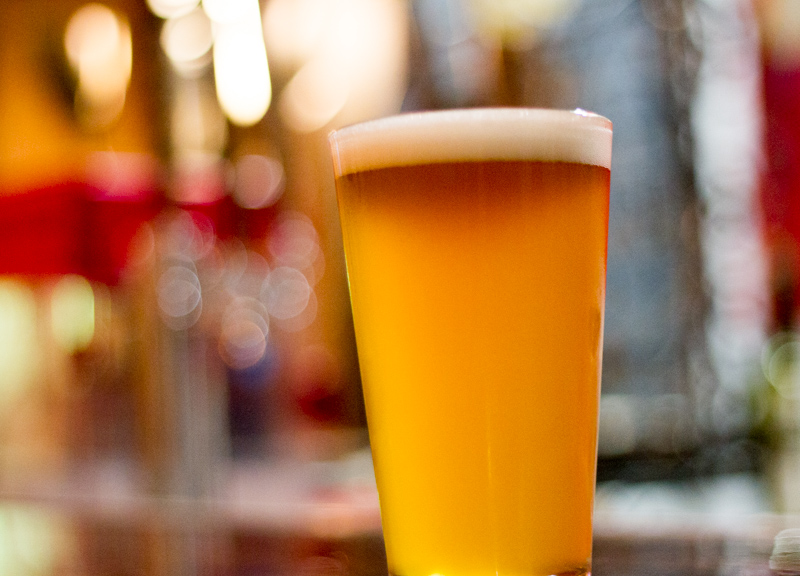 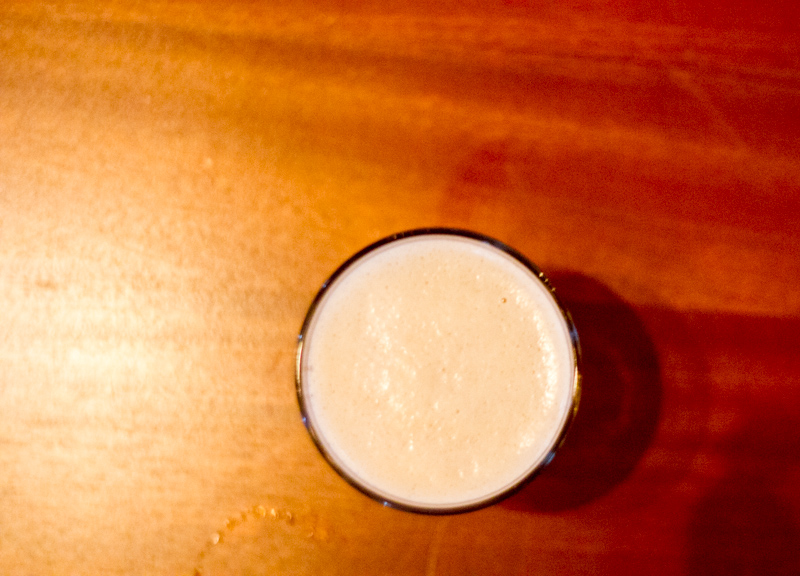 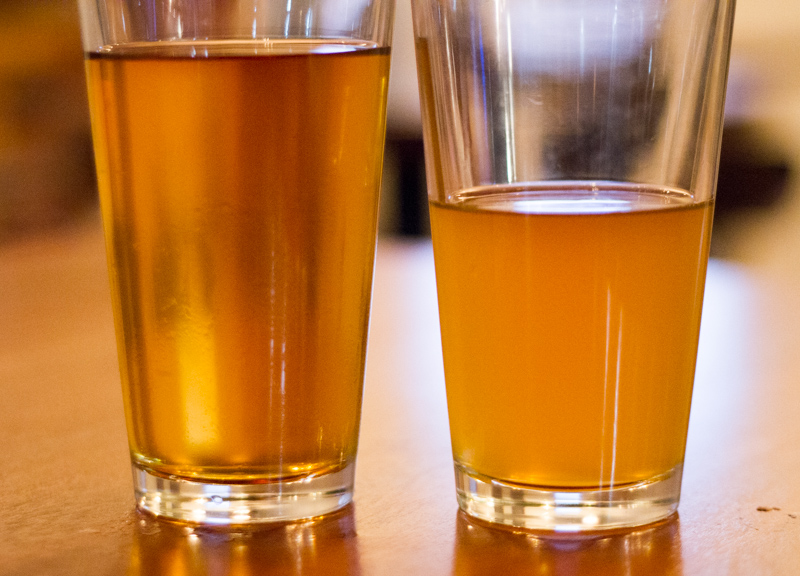 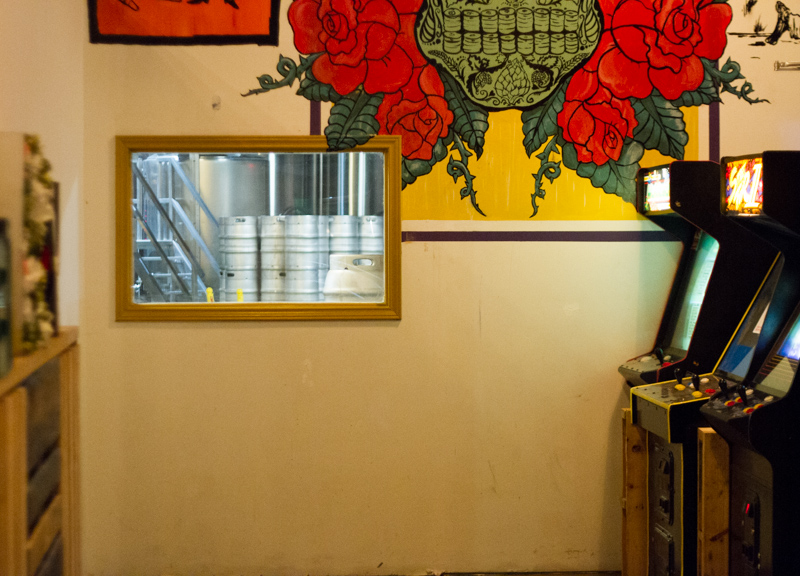