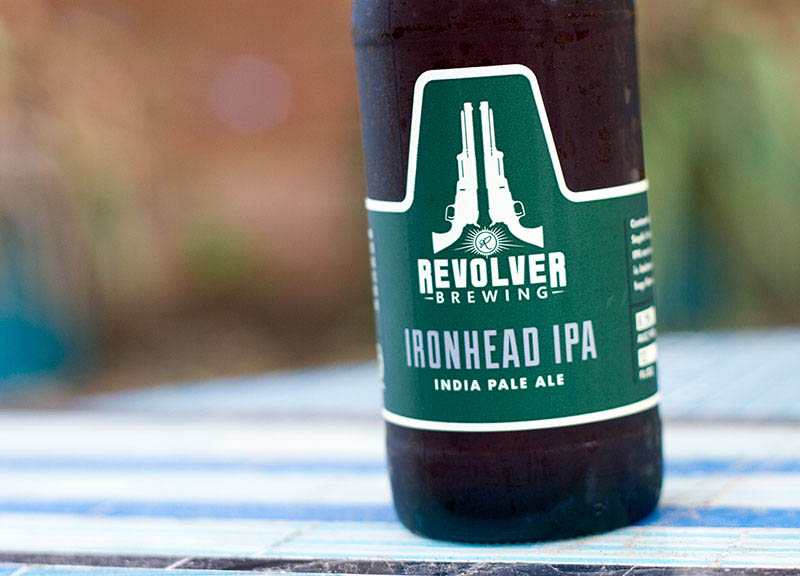 This week, we sipped on Revolver Brewing's Ironhead IPA.

Overview.
Revolver is back again, and it has finally released an IPA. Ironhead IPA is a fairly new offering from Revolver, and it doesn't have much in the form of ratings online from your typical beer ratings sites. (Revolver did release a 9 percent ABV imperial IPA named Mullet Cutter once upon a time, but that is sort of out of bounds for the non-imperial IPA style.)

Revolver is probably most well-known for the crowd-pleasing wheat beer Blood & Honey. And, frankly speaking, it will be difficult for Revolver to top an award-worthy beer like that.

Background on India Pale Ales.
For an overview of the IPA style, check out our review of Community Brewing Company's Mosaic IPA. IPAs are the Hillary Clinton of beers in that people tend to polarize around their perception of hops and, given the right circumstances, will go off on a diatribe about their displeasure about it at the drop of a hat. As a hophead myself, I love drinking and writing about IPAs. The style is, first and foremost, all about hops, both bittering and aromatic in nature, and American IPAs are known for the piney, resinous, citrus character, provided by generous amounts of American-style hops.

Appearance.
From the bottle, Ironhead IPA forms a white, short head. The deep gold color of the beer is very inviting. At first pour, though, there is a significant amount of chill haze. About half a beer in, the chill haze dissipates and what's left is a somewhat clear beer with some floaty particles present. Chill haze is a normal sort of thing, and it happens to even the most seasoned brewers. If you feel like getting nerdy, check out Stone Brewing Company's post on the topic.

Aroma.
Ironhead IPA has a piney, floral nose, with a hint of earthy undertones and some traces of a soapy afterthought. It's not soapy like a fresh coat of Pine-Sol that knocks you out when you walk in to a room, but rather like a clean forest. Judging from what is printed on the bottle, Ironhead is brewed with a blend of Centennial, Citra, Apollo and Saphir hops. The Citra and Saphir hop additions add a nice floral note to this beer.

Flavor.
At first sip, the floral and pine notes confirm the tease from the aroma. As you sip this beer, the piney, floral flavors build, leaving a lingering aftertaste. While Ironhead is an American IPA, it also gives a nod to the English style IPAs with its use of biscuity flavors derived from its malt base.

Mouthfeel.
This is a medium-bodied beer that is easy to drink. There is a soapy, weirdly foamy, sensation going on, and the foam sensation makes it feel like there will be massive burps coming on. But then? There's nothing. I think the foamy sensation gets just a little bit in the way, masking some of the potential tongue-tingling bite from the hops.

Overall Impression.
Revolver has not disappointed yet. But this beer, while not disappointing, doesn't knock my socks off like the rest of the brewery's offerings.

Don't get me wrong, this is certainly a good beer. But this may not be the style that Revolver excels at. While this is a solid beer that any brewer should be proud of, there are a couple of things that knock this beer down a few pegs compared to IPAs brewed elsewhere in North Texas.

Am I a clarity snob? Maybe, but for a commercial brewer producing non-bottle conditioned beer, an IPA should be bright and clear — without the floaties. 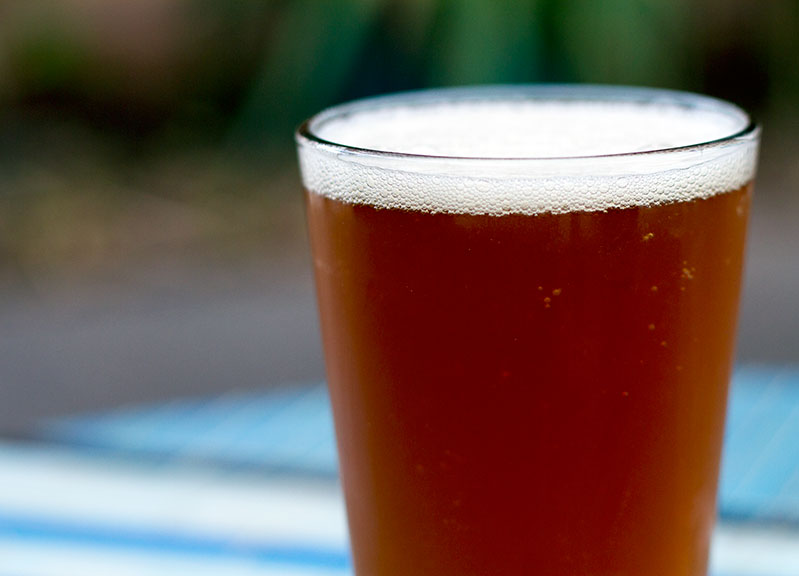 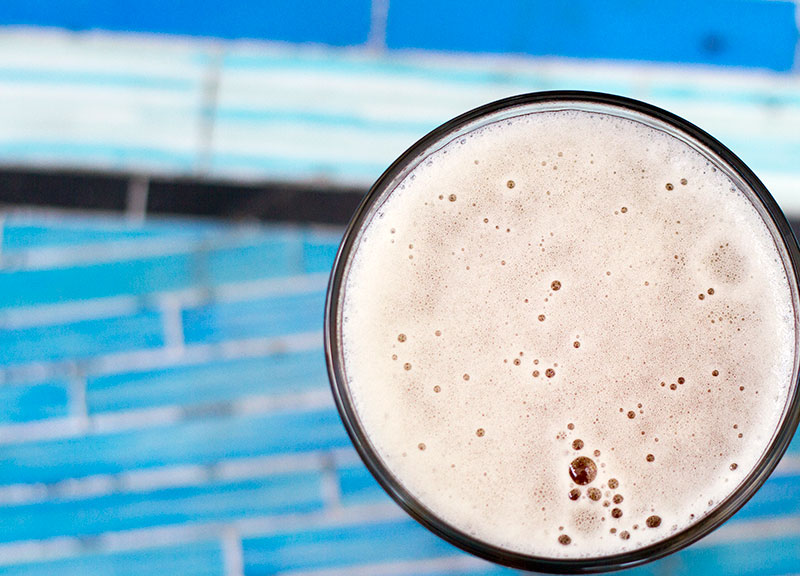 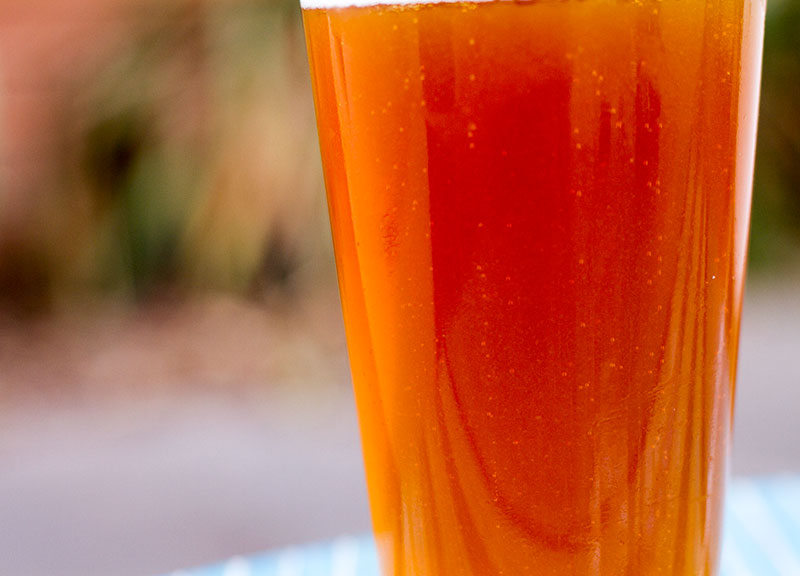 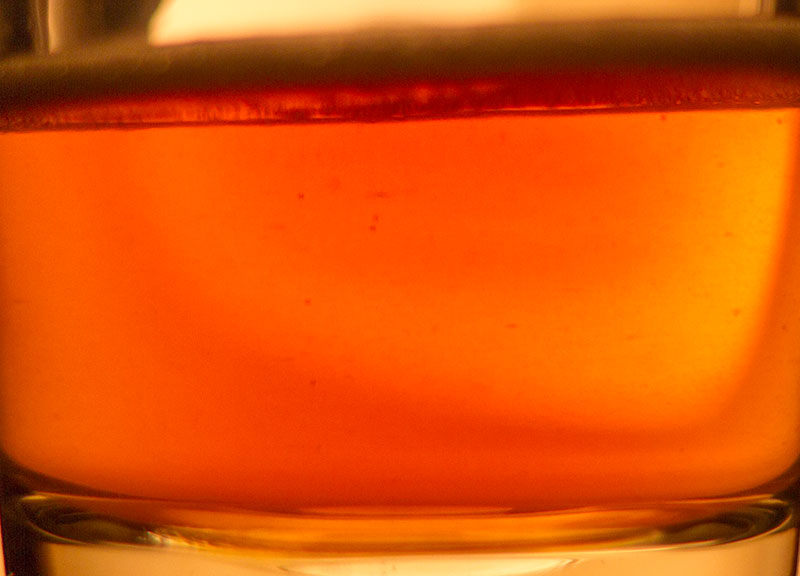