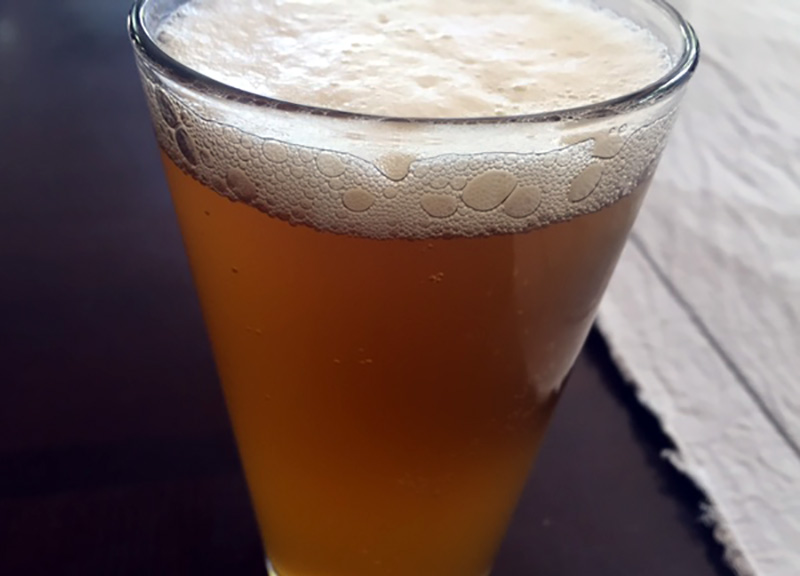 We're Not Quite Hooked On 903 Brewers' Trot Line.

This week, we sat down with 903 Brewers' Trot Line Saison.

Overview.
Trot Line saison is a recent, limited offering from 903 Brewers. In fact, it's so new on the market that, as of this posting, 903 Brewers doesn't even have it listed on its website. (Trot Line Saison does, however, get a mention on the brewery's Facebook page.)

Like a few other notable breweries in DFW, 903 Brewers self-distributes, meaning it carries the burden of getting the beer from brewery to store shelves itself. But it also means that it can get beers on the shelves immediately after they leave the canning line.

This is exactly the case with Trot Line Saison, a spankin' new, limited seasonal brew.

Saisons are part of a larger Belgian and French ale category. And even in this tiny slice of the major category, there is tons of wiggle room to fit in this style. ABVs range from a sessionable 4 percent all the way up to a boozy 12 percent. Color and clarity on this style can be all over the map as well. Until recently, all saisons were haphazardly lumped in to this catch-all bin of misfit toys. Now, some of the wackier saison wannabes have been relocated to their own specialty categories. But if there's one thing that most saisons have in common, it's the Belgian or French ale yeast fermentation that gives the finished product a note of spice.

Saisons are also known to have a moderate level of bitterness brought to life through use of a specific range of noble hops that enhance the yeast's characteristics. Brewers aren't afraid to add spices like pepper, grains of paradise (a peppery dried berry) and other citrus ingredients.

So there's a lot going on with the saison style. But, from an overall perspective, it should be a refreshing beer.

Background on Saison-Style Ales.
For an overview on the Saison style, check out our review of Lakewood Brewing's Till & Toil. Additionally, the word saison means “season” in French. Farmers and farm hands would brew this style in April or May, have it ferment and condition through the summer, and drink it as a harvest-time thirst-quencher. This farmhouse style is known for the yeast's tolerance to higher fermentation temperatures, which can produce fruity aromas and flavors.

Appearance.
Trot Line Saison pours semi-hazy out of a growler. with a pale orange color. The head dissipates very quickly. I was hoping for the classic saison lacing and frothy head that makes foam rings down the glass, but that didn't happen here. The growler could possibly be to blame for that, I admit. As the beer warms, the haze turns clear. That, too, is OK: Chill haze isn't a deal-breaker for any beer, especially for a saison.

Aroma.
This beer is all about the citrus. There's a strong, orange-y note at first whiff that gives way to a tease of slight tartness to come. Behind the citrus, there's a yeasty, bready, warm boozy hint on the nose. Even if 903 Brewers does not add any citrus at flameout or during fermentation, the saison yeast may provide this beautiful estery bouquet on its own. Overall, the citrus just completely dominates the nose on this beer. Did I mention citrus?

Flavor.
Slight tartness and acidity plays well with Trot Line's biting carbonation. So while the head doesn't stick around for long, the high level of carbonation is spot on for this style. After a few sips, there is a small residual sweetness where the estery and bready notes linger. But the dry finish wins out in the end. My favorite part is the tart aftertaste, which slowly builds as you enjoy each sip. The bitterness from the hops is nicely balanced with the bright citrus, although most people won't talk about the hops when they talk about this beer. The citrus pop masks some of the malt profile, too, although the malt starts to show itself once the beer warms. Each sip also provides a tiny bit of a spicy note, probably from a flameout addition during brewing.

Mouthfeel.
There is a noticeable and crisp biting carbonation here, which is preferable within the style. This beer also drinks super smooth for 6.8 percent ABV beer. There's a slight boozy note to this beer, but I'm not saying that's a bad thing. There's neither a water nor oily mouthfeel on this beer; the malt provides a nice balance that gives this beer a sense of fullness that builds as the beer warms.

Overall Impression.
This is a great beer for the dog days of summer. It's a little surprising, actually: Considering its 6.8 percent ABV, Trot Line Saison is an easy drinker.

As to the name of the beer: Is this a beer meant for drinking while fishing? Maybe! 903 Brewers has said that the name Trot Line represents nostalgia, a throw-back to fishing memories with a relative. How so? I suppose that's anybody's guess.

On the whole, though, this beer doesn't disappoint. My only real nitpick is that I wish it was a tad more dry with its final gravity — but, I admit, that's more a reflection on my personal preference toward dryer farmhouse style beers than anything. 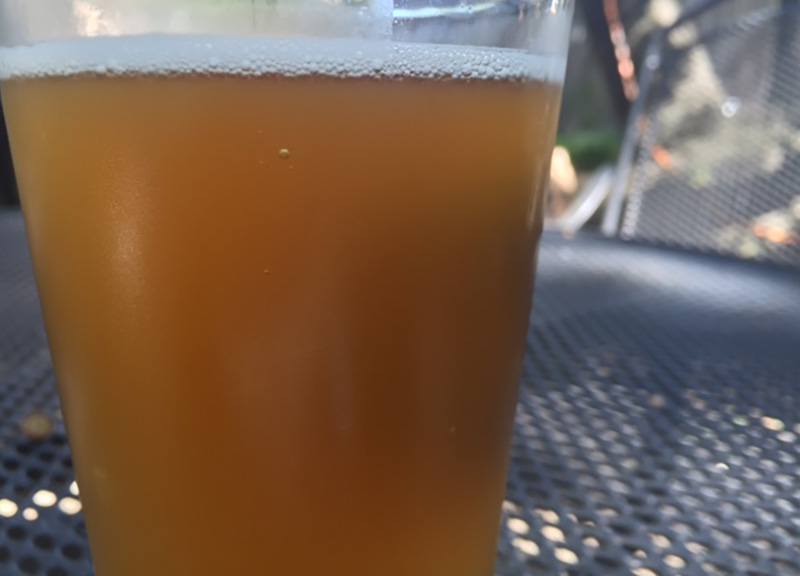 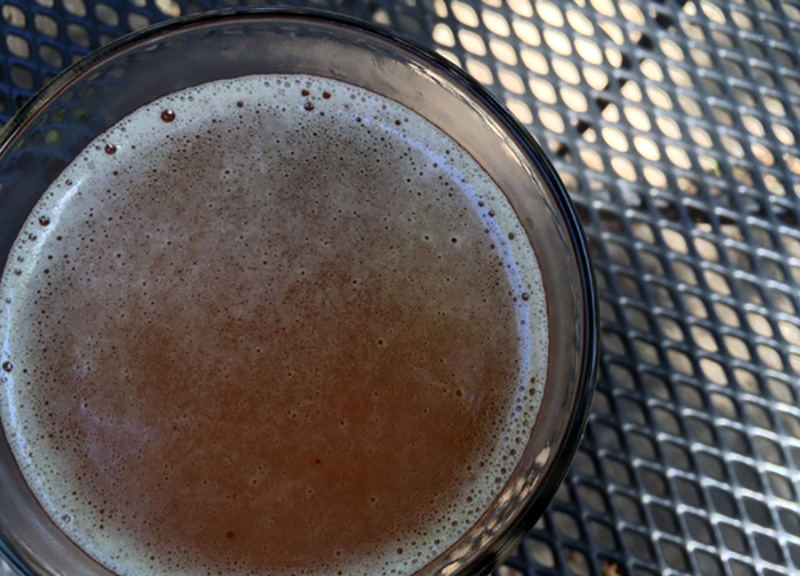 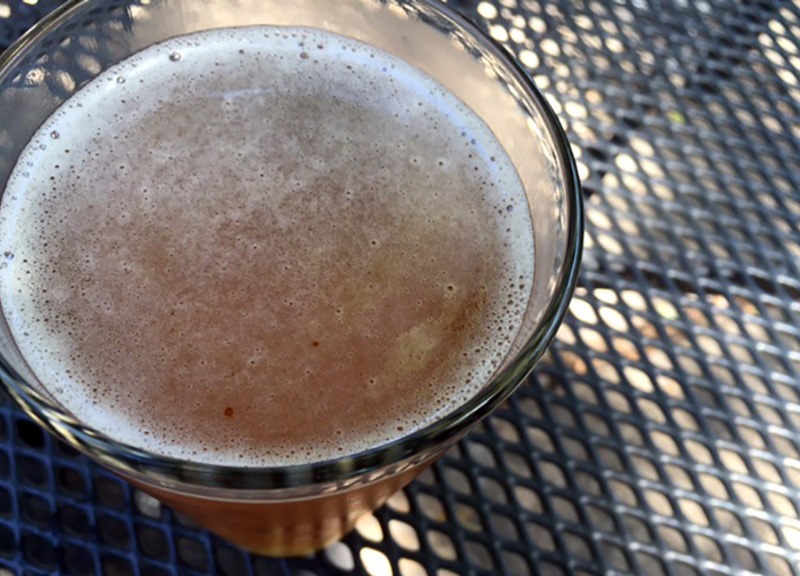 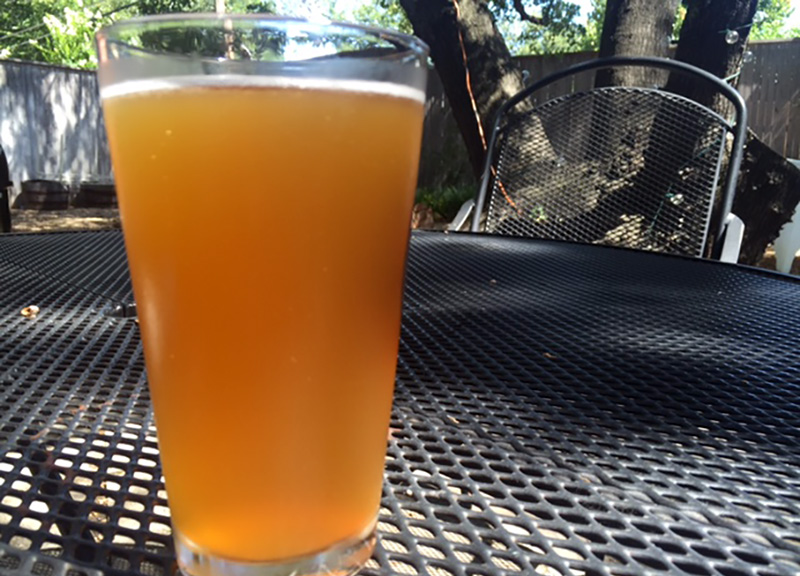