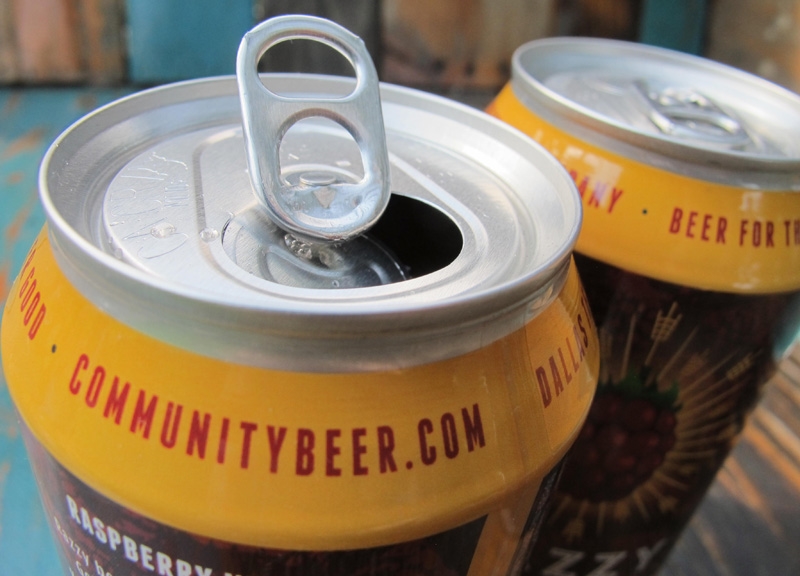 Overview.
I love the way that trends seem to come and go within the craft beer scene. In previous years, we've seen trends like bourbon barrel-aged beers, increasingly hop-heavy IPAs and boozy barleywines come and go. Now, it seems that the tides have been turning around from extreme hops and alcohol that will knock you out for the rest of the day to more sessionable beers with refreshing and clean flavors and very low alcohol. With many other sessionable beers coming out from other Dallas breweries — such as the Lakewood Hopochondria and the upcoming Deep Ellum Easy Peasy IPA — it seems it was was only a matter of time before Community Beer Company got in on this action.

Enter Razzy, a modified version of the brewery's medal-winning Witbier, which is brewed with raspberry puree for additional fermentation. As one of the biggest and well-regarded breweries in the Dallas-Fort Worth region, Community has dipped its toes into various styles to great success, so I was excited to hear that they released Razzy along with their Sundial Session IPA. And while the brewery's Vienna Lager and Witbiers are pretty sessionable beers, this seems to be a focused attempt to have a summer seasonal that's perfect for the pool or the patio.

Today, we see if it hits on that mark.

Background on Fruit Beers and Witbiers.
This one is a bit of a hybrid. For a good history of fruit beers, refer back to our take on Rabbit Hole's Tweedelyum Strawberry Hefeweizen. As for witbier, it's an old style that, according to the BJCP (Beer Judge Competitor Program), has been around for 400 years before getting lost and being brought back in '50s. It's characterized by a cloudy, gold appearance, a light wheat aroma and a sweet and citrusy flavor profile.

Appearance.
Razzy pours a cloudy pink color with a lot of bubbles, giving the beer the appearance of a red sparkling wine. As the beer sits in the glass, it goes from said pink color to a more pronounced orange. While it's recommended to try this beer with a hefeweizen glass, the head isn't that thick at its peak, and then it completely disappears quickly with very little trace on the glass.

Aroma.
With this beer, there's a strong wheat and bready aroma that hits your nose up front as you drink it. Even with the raspberries in it, there's only a small trace of fruit aroma.

Flavor.
Instead of the citrus zest in an original witbier, the goal here was to have more of a raspberry tart flavor at play. Hence this being a raspberry witbier. But there's not much of a pronounced raspberry flavor here. It seems that the raspberries are mostly supposed to even out some of the wheat and malt flavors of the original witbier. And towards the end of the flavor experience, you will finally notice some faint raspberry flavors. With this, the beer accomplishes its goal. This is first and foremost a summer beer meant to be drank over a long day at the pool or on the patio.

Mouthfeel.
Razzy has a medium body that's strong up front and then leaves the mouth pretty quickly with medium carbonation.

Overall Impression.
Part of me really likes this beer for being what it is — a very refreshing beer without an overpowering fruit flavor. And it's definitely a beer that will help out with the summer heat. In that regard, it's a fine beer to sip on for long stretches of time.

The big problem is that the way this beer being marketed doesn't really line up with the end result. The beer's name is Razzy, and it bears a colorful logo featuring a huge, shining raspberry. But people coming in for a strong and sweet flavored beer will leave disappointed. As mentioned before, the raspberry flavor is very faint. Still, this will be a great beer to drink during the coming months.

Score.
On a scale of 1 to 10, I'd give Community Beer Company's Razzy Raspberry Witbier a 7. 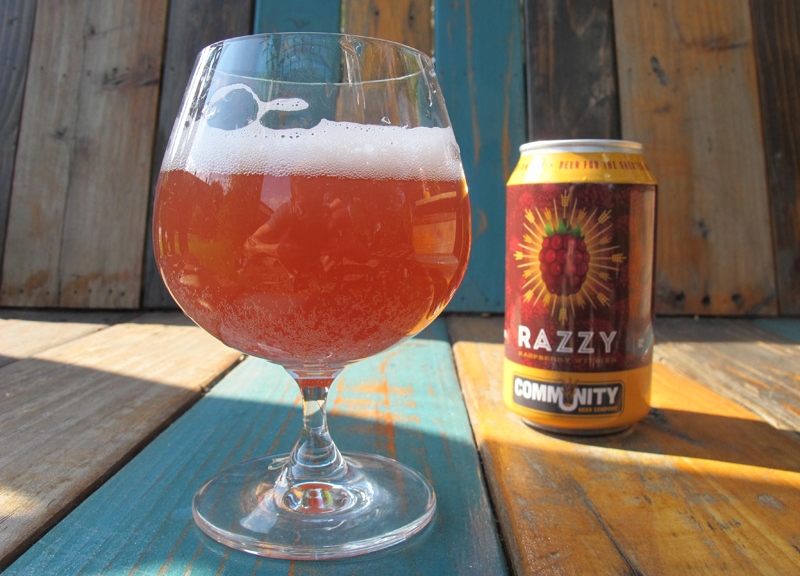 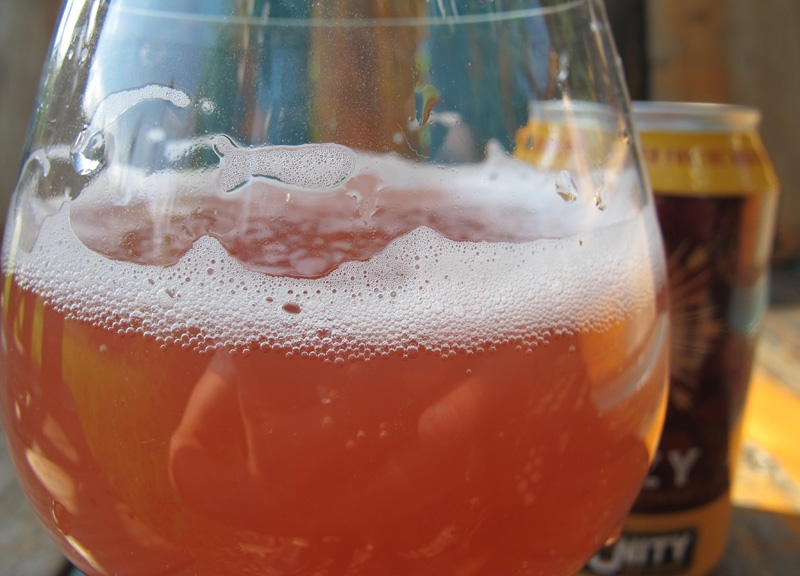 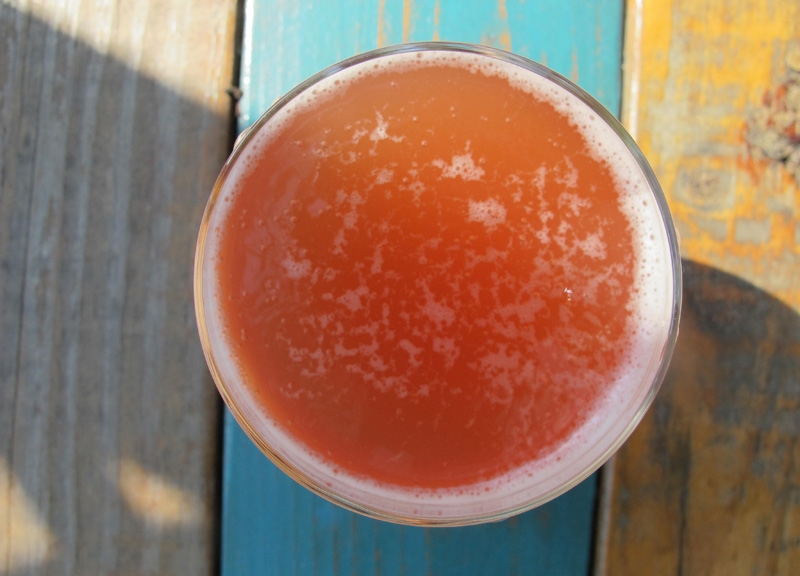 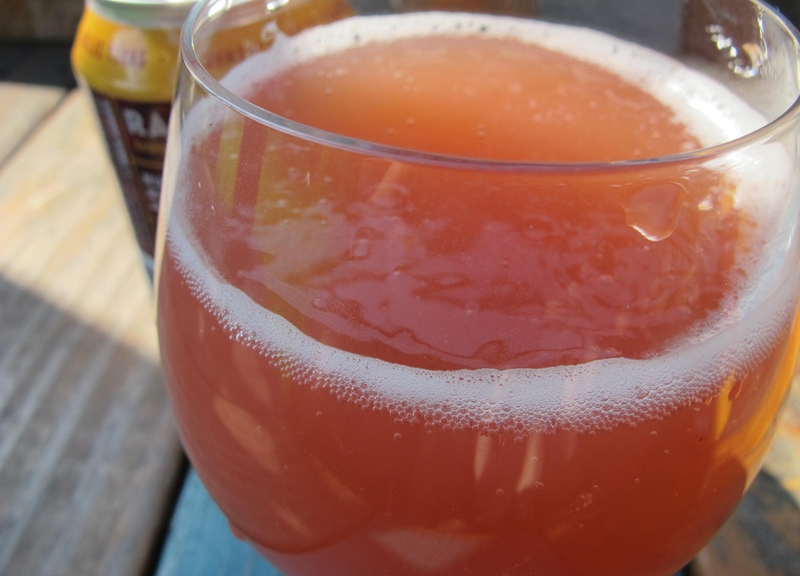 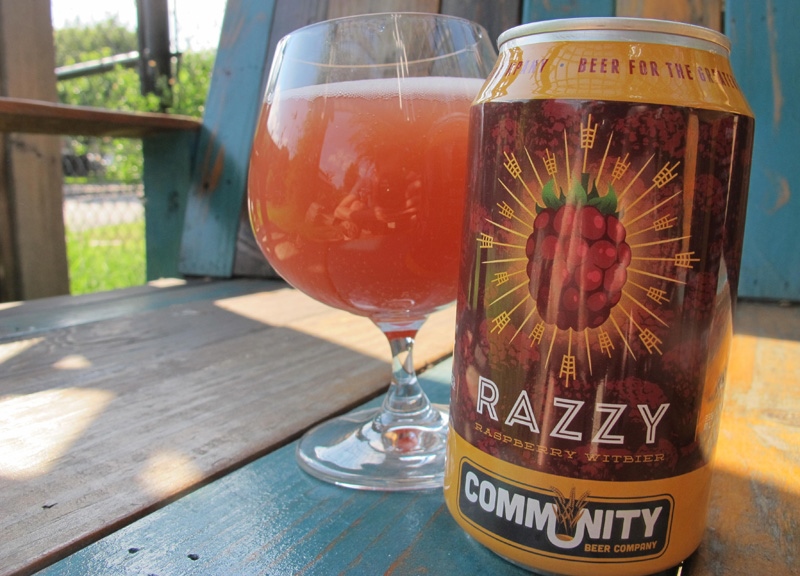 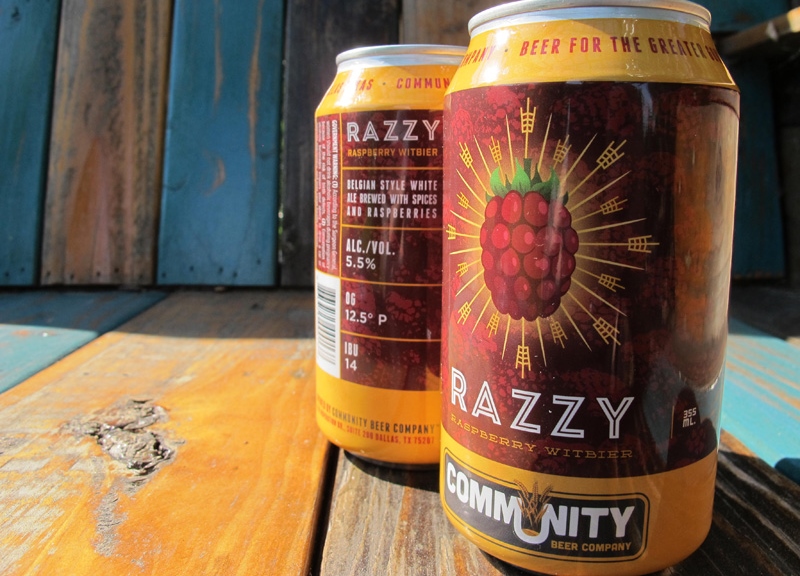