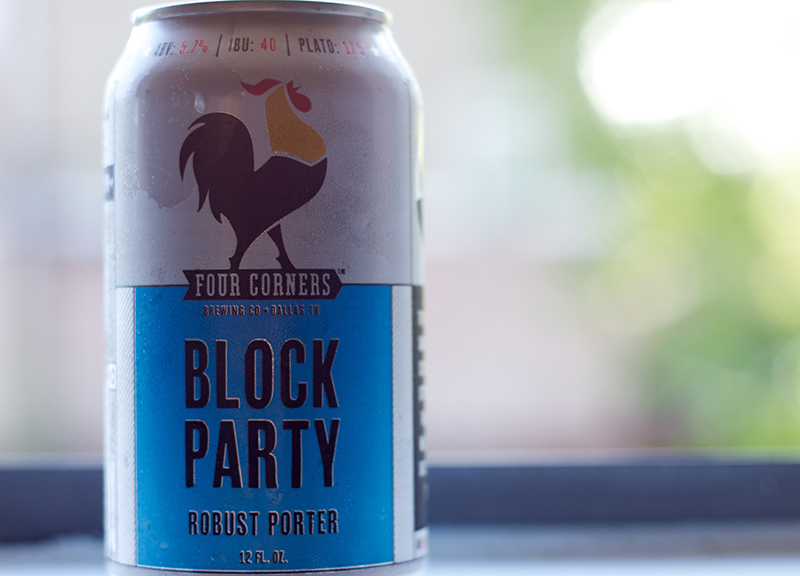 Overview.
Over the last six months, Four Corners' Block Party Porter has been one of my go-to local beers. And, while it's true a Porter is indeed one of the darker styles of beers available today, this preference of mine has nothing to do with the unusually cold winter that Dallas experienced this year.

No, the reason that Block Party Porter has been on my hot list for so long is because it's just so good — and, better yet, it's eminently drinkable in a variety of situations.

Basically, you can't go wrong with this beer. In this review, I'll explain why.

Background on Robust Porters.
A Robust Porter should pour medium to dark brown, and even sometimes black. Expect it to have a fairly thick, long-lasting, tan head with medium levels of carbonation. Aromas should have a noticeable to strong roasted aroma (sometimes of a burnt quality) with optional notes of coffee, chocolate, bread, molasses, caramel or sweet malt. Hops aromas are pretty much up to the brewer here, as they can either be low or high. The flavors should be moderately strong malts that can come across as somewhat burnt with coffee or chocolate characters. There should be a medium to high bitterness, and, much like the aroma, anywhere from low to medium high levels of hop flavor. There should not, however, be any fruity esters in either the aroma or the flavor.

Appearance.
This beer pours a clear very dark brown, with about a quarter inch of tan, frothy head. This foam doesn't persist for quite as long as the style calls for, but it does leave some nice lacing along the glass.

Aroma.
The Block Party boasts very pleasant aromas of roasted grain, coffee and chocolate, with just a touch of creamy sweetness. In some ways, it reminds me a little bit of cookies and cream.

Flavor.
Immediately, you're hit with a flood of roasted grain flavor. You'll also find hints of slightly burnt Starbucks coffee and chocolate, combined with medium levels of hop bitterness and a touch of sweetness on the backend. In the end, though, this beer finishes dry and invites multiple sips.

Mouthfeel.
The Block Party's got a medium mouthfeel with medium levels of carbonation. For a dark beer, this one is surprisingly not thick or chewy. Combined with its mid-level ABV and IBUs, and that makes it an easy drinker in all types of weather.

Overall Impression.
If I haven't yet convinced you to go out and try this beer, then I might need to work on my persuasive writing skills. Those who are already fans of Stouts, Porters, Brown Ales and hoppier beers like Pale Ales and IPAs will find themselves gravitating towards this beer without much effort. Those who are not as versed in the craft beer style spectrum should also take a liking; it's just a very approachable beer.

Sure, it's more bitter and full-flavored than a typical Pilsner or Light Lager, but there's no single component that's too extreme or over the top. And, at the end of the day, it's this balance that keeps me coming back to this beer time after time.

Seriously: Everyone go drink this! 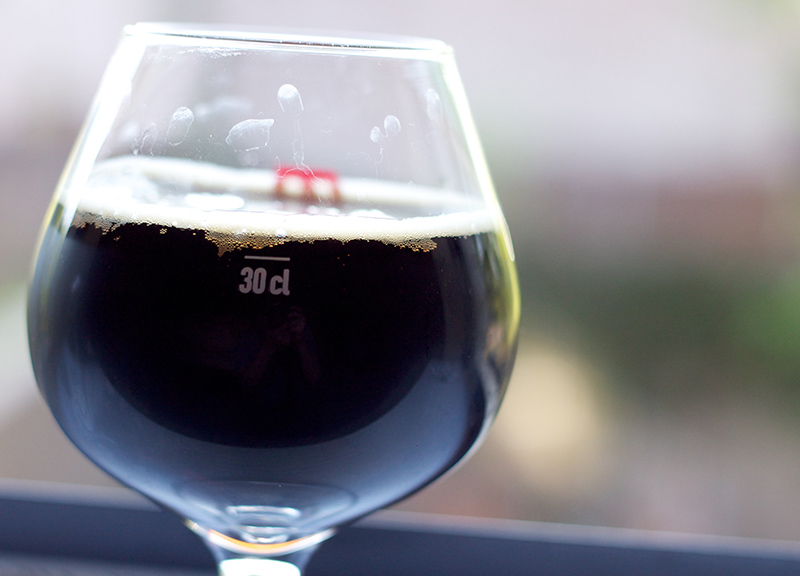 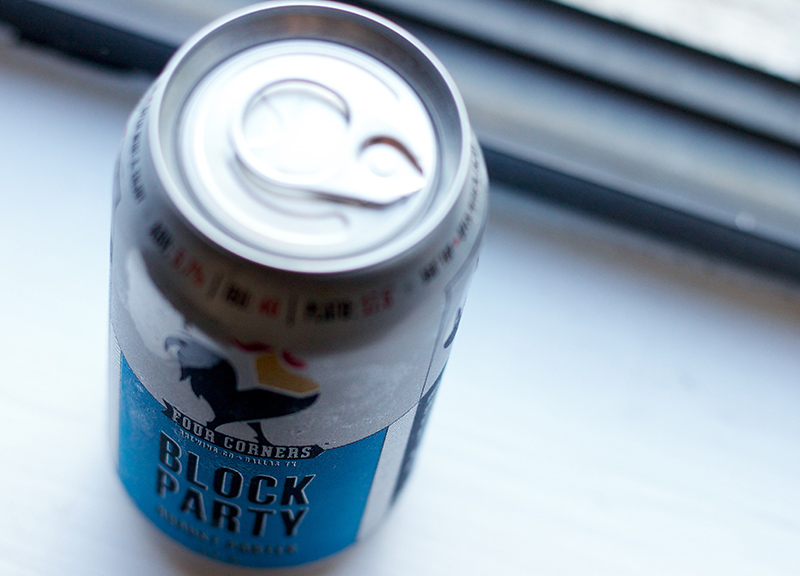 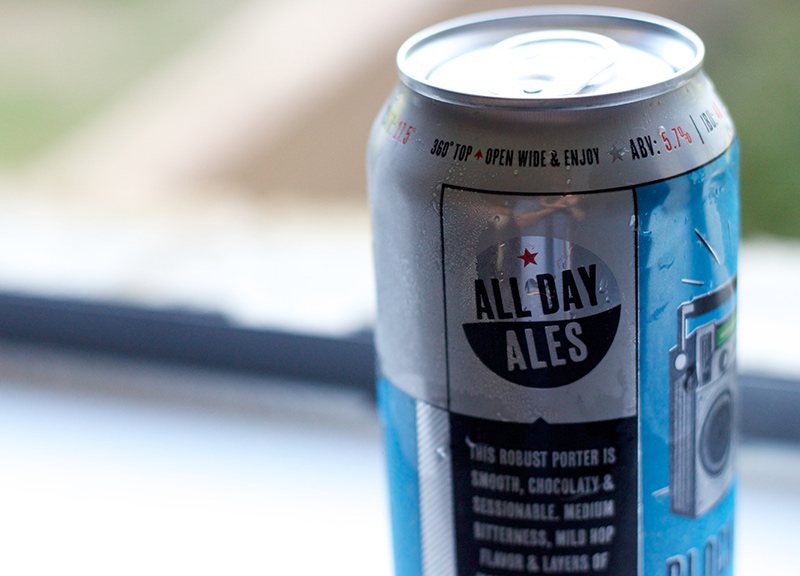 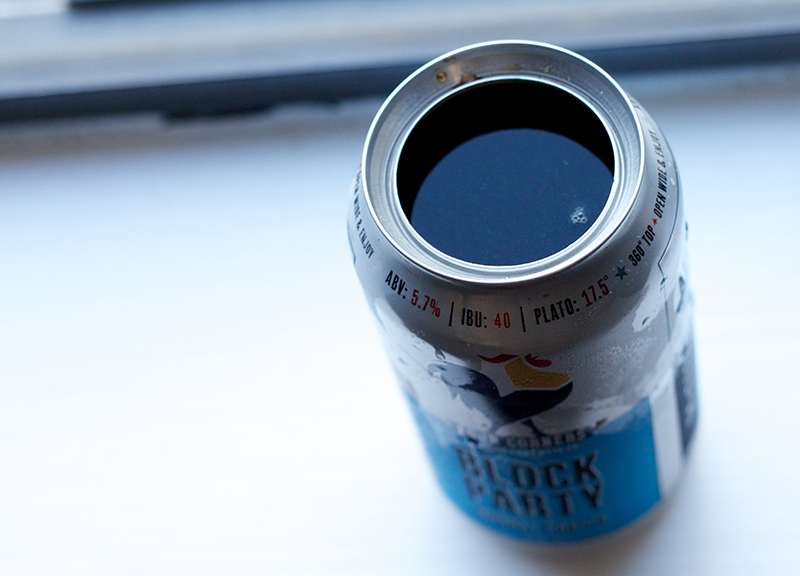 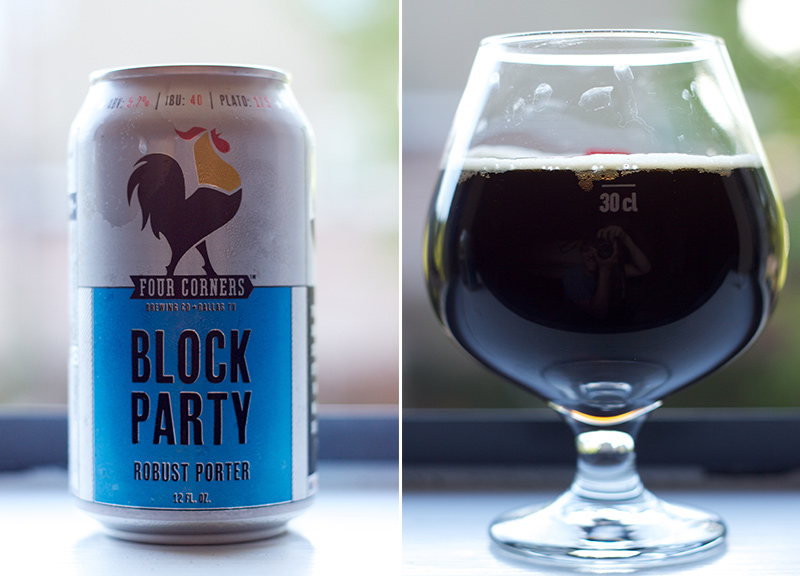 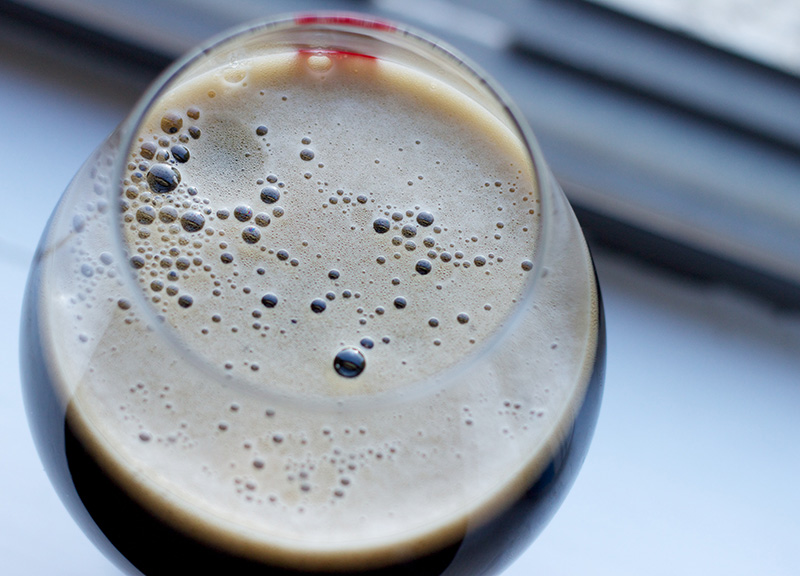 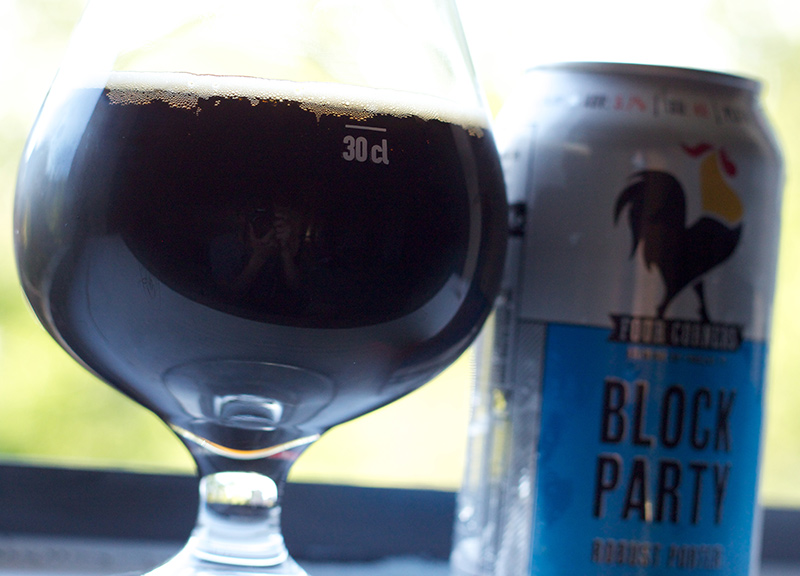