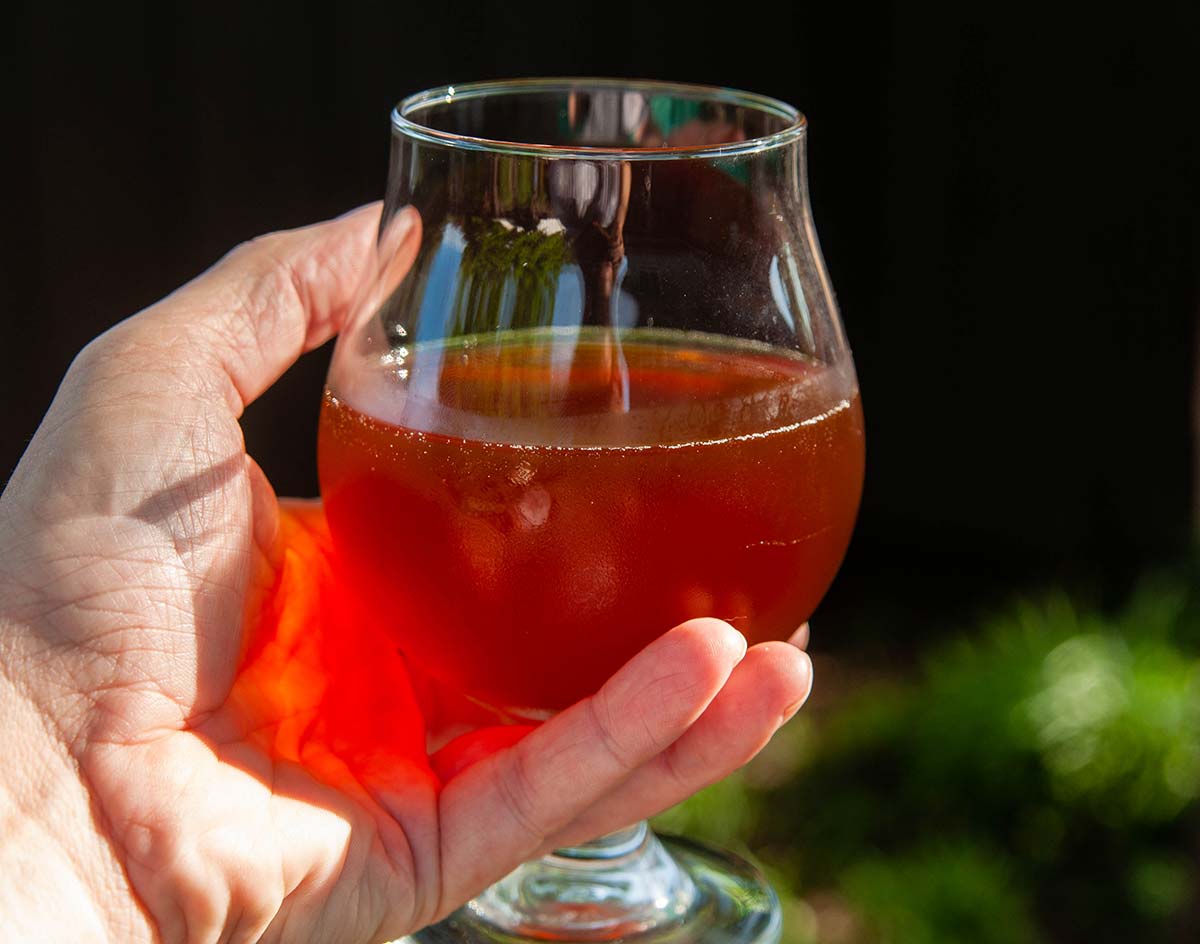 This Carrollton Brewery’s Limited Golden Stout Offering Is Delightfully Complex — And Yet Also Impressively Subtle At The Same Time. 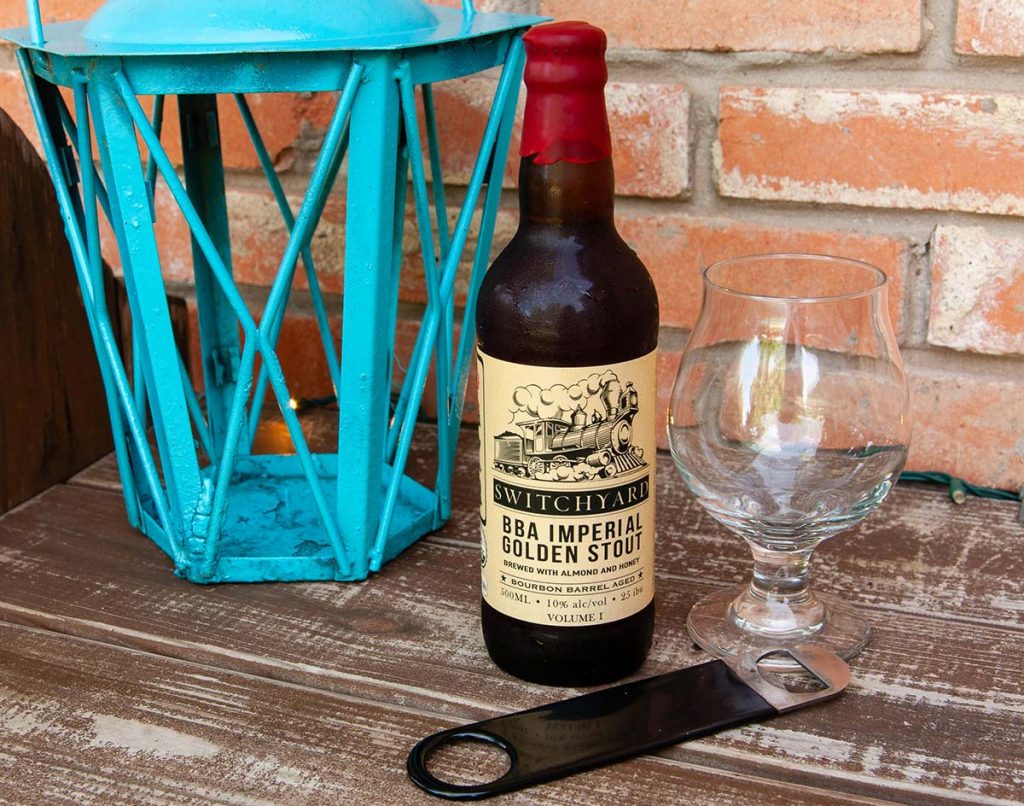 Since it opened in Farmers Branch back in July of 2015, 3 Nations Brewing Co has become something of a staple of the North Texas craft beer scene. The brewery has been so successful, in fact, that it even outgrew its original digs in Farmers Branch and, in the fall of 2019, moved into the remodeled grain shed in historic Downtown Carrollton. While that move happened nearly two years ago, a lot of folks haven’t gotten there yet due to recent, pandemic-related events.

If this describes you, I’d recommend making it a priority to visit the shed this summer.

I’ll be honest: Finding out Switchyard was a 3 Nations creation was a real surprise for me. I’m used to finding 3 Nations beers packaged in six-packs and available with the rest of the local canned beer products. But this 500ml bottle was on the special self when I visited my local package store, and even sported a dipped wax cap. Thing is, the 3 Nations logo, while not exactly hidden, wasn’t particularly prominent. The whole thing was very understated, much like the launch of this beer, which I can’t find anything about in my usual sources.

If 3 Nations was trying to hide this release, they nearly succeeded. 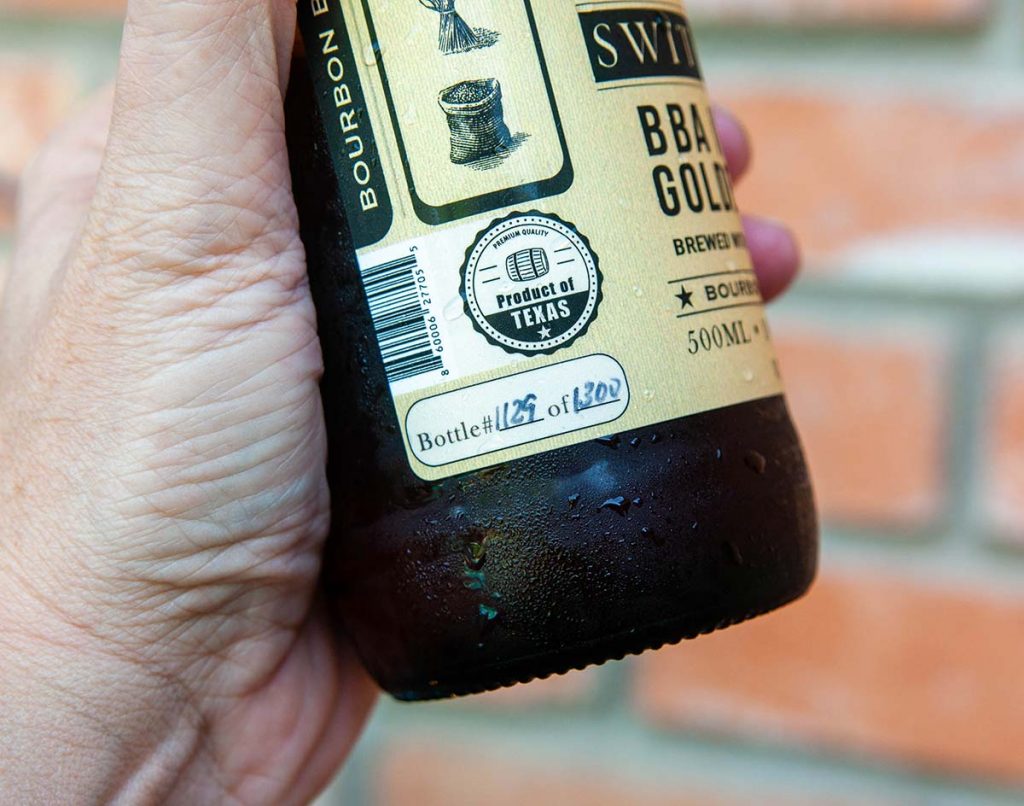 This section is usually the easiest write in any review. I spend a little time going over the appropriate section of the guidelines from either the Beer Judge Certification Program (BJCP) or the Brewer’s Association (BA) and try to rephrase it here for anyone to read in a hopefully entertaining and educational way. Easy enough, right? But what is one to do when the style of beer being reviewed has no official guidelines defined by either organization? What if it isn’t really a style at all?

That’s the case with today’s beer style. Golden Stout isn’t a style that’s defined anywhere. In the homebrew world, we follow the BJCP guidelines and, there, this brew could be a Spice Herb Vegetable beer owing to its use of coffee and vanilla. But it could also be entered into competition as a Wood Aged beer because it spent time in whiskey barrels.

Are you with me so far? Good, because there’s more.

Professional competitions like GABF and World Beer Cup work off guidelines loosely based off the BA guidelines. By those definitions, this could also be a Coffee Beer. Or a Specialty Honey Beer. Hell, it might be considered an Experimental Beer because it’s such a mutt in terms of cross-breeding between styles.

So, I’ve just gone with what’s on the label and called it a Golden Stout – which is sometimes called a White or Blonde Stout. If you want the background on that you can check out our review of Thundersnow from the late New Main Brewery. 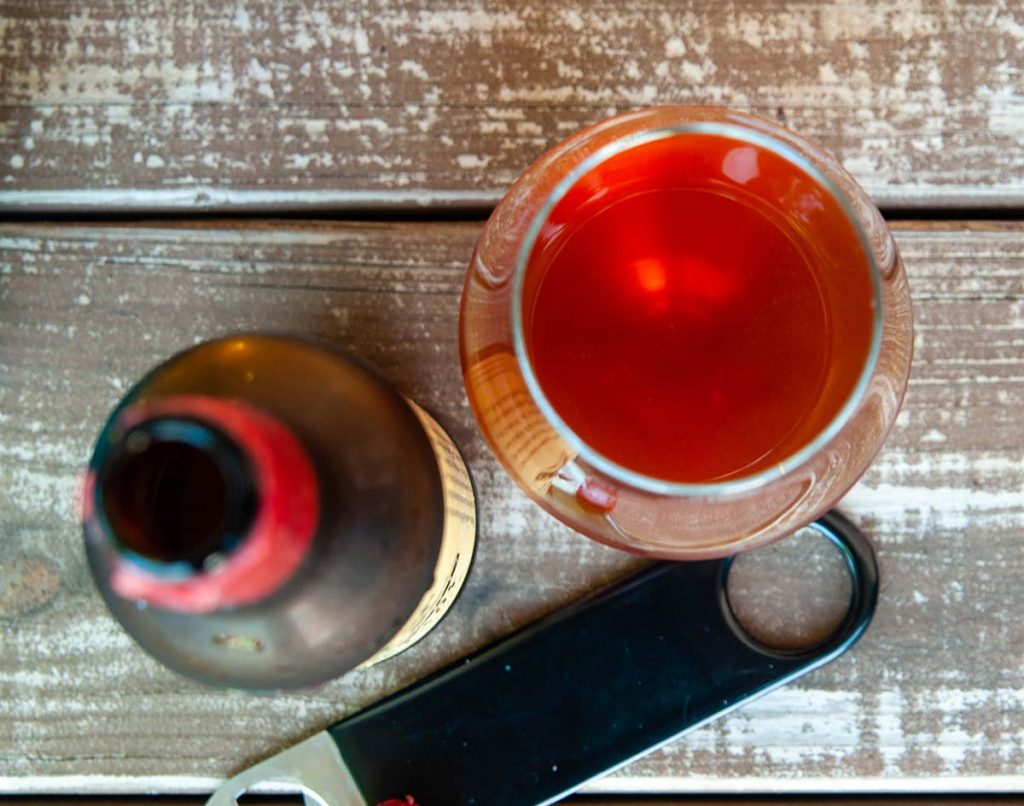 Switchyard pours light amber in color. It’s not exactly the “golden” described on the label, but it’s also not the big inky bitch that you might have expect should you suffer from a bit of bias after seeing “stout” in the name. It’s brilliantly clear too, almost as though it were a lager.

The head forms a light tan with mostly fine bubbles, but it disappears as fast as it forms — so fast, in fact, that I had to get some help pouring so I could get photos of it! On my first pour attempts, the foam was completely gone in the time it took me to set the bottle down and pick the camera up. 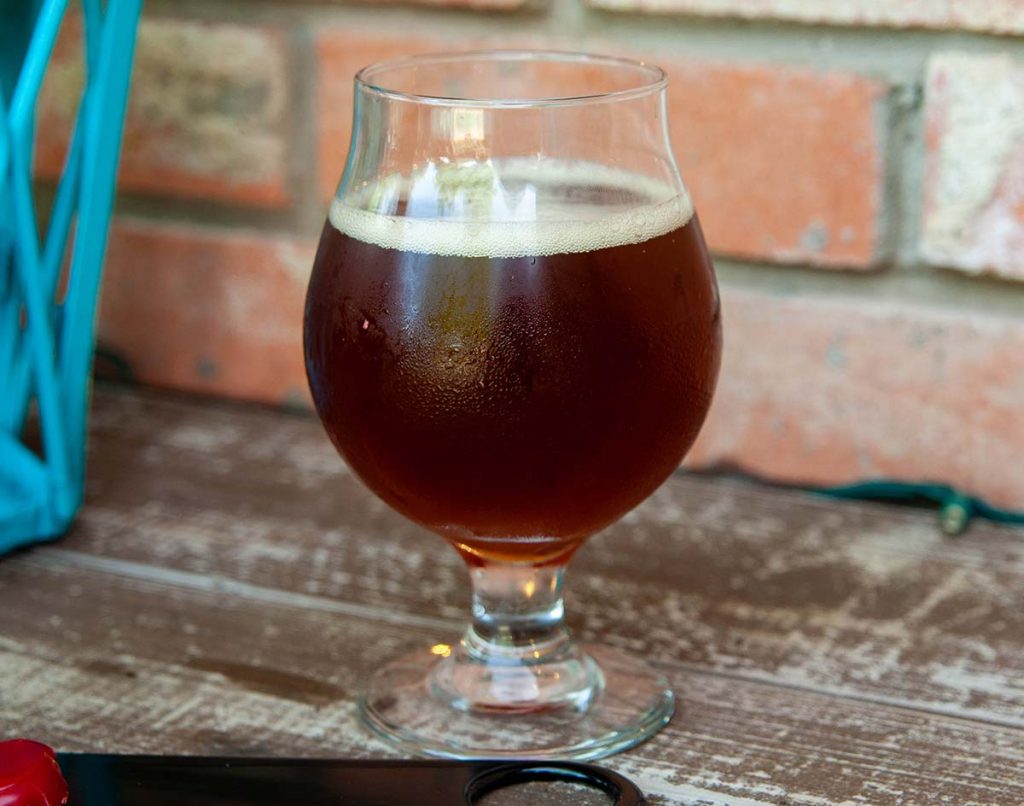 Taking a whiff of Switchyard, I’m struck by traditional bourbon scents — but I found it pleasantly light, and not heavy handed at all. There’s vanilla, caramel, honey and a bit of toast. All of this was backstopped by a roasted coffee fragrance that was just divine. Compared to a lot of barrel-aged beer, I found this to be almost restrained, which isn’t to say its subtle, though, because this beer is pretty unapologetic about its identity — gloriously so, in fact!

This is where the barrel-aging really steps things up. Switchyard is smooth on the tongue, but comes with the burn one associates with the original contents of the bourbon barrels. It’s not harsh, but it definitely commands your attention. This beer is medium-bodied, and it coats the inside of the mouth without being too clingy. The heat dissipates through the medium finish leaving behind the best of barrel-derived flavors. 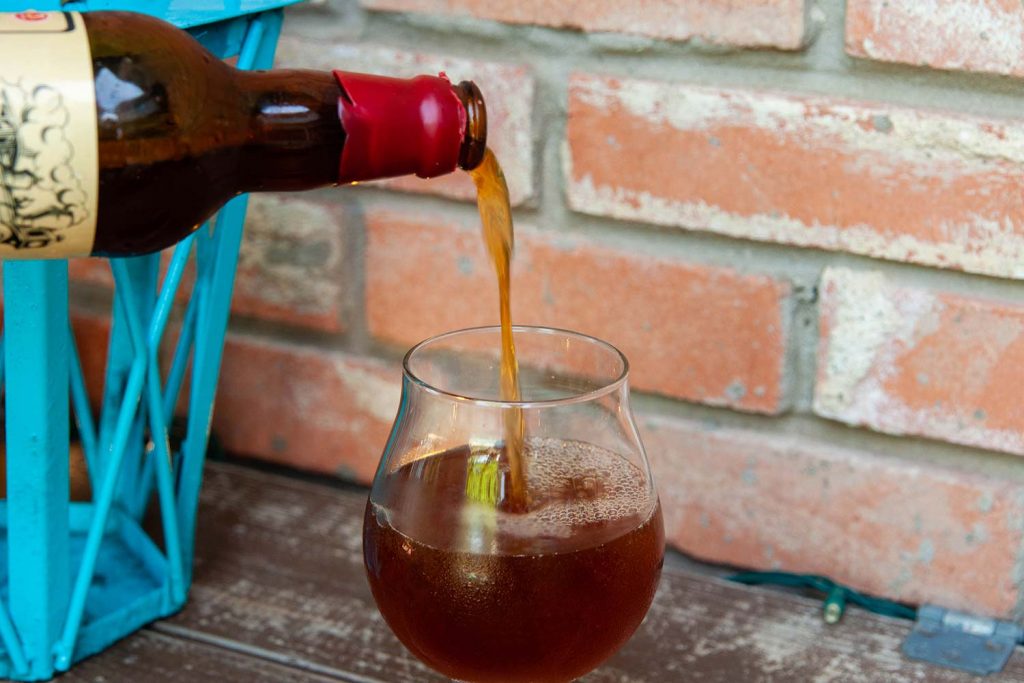 Switchyard is full of malt notes — caramel, toast and toffee, specifically — along with dominant vanilla flavors. Hold it in your mouth for a few seconds, and the coffee starts to assert itself. All of this is wrapped with the ever-present heat infused into the beer by the wood it aged in. You can taste the alcohol, and it is as much a contributing factor to the flavor impact as anything else going on in this rich and complex brew.

Brownies. That’s the answer. Pair Switchyard with brownies. I say this from experience. It was a happy accident, and not something I planned. But, damn! It was pretty amazing! 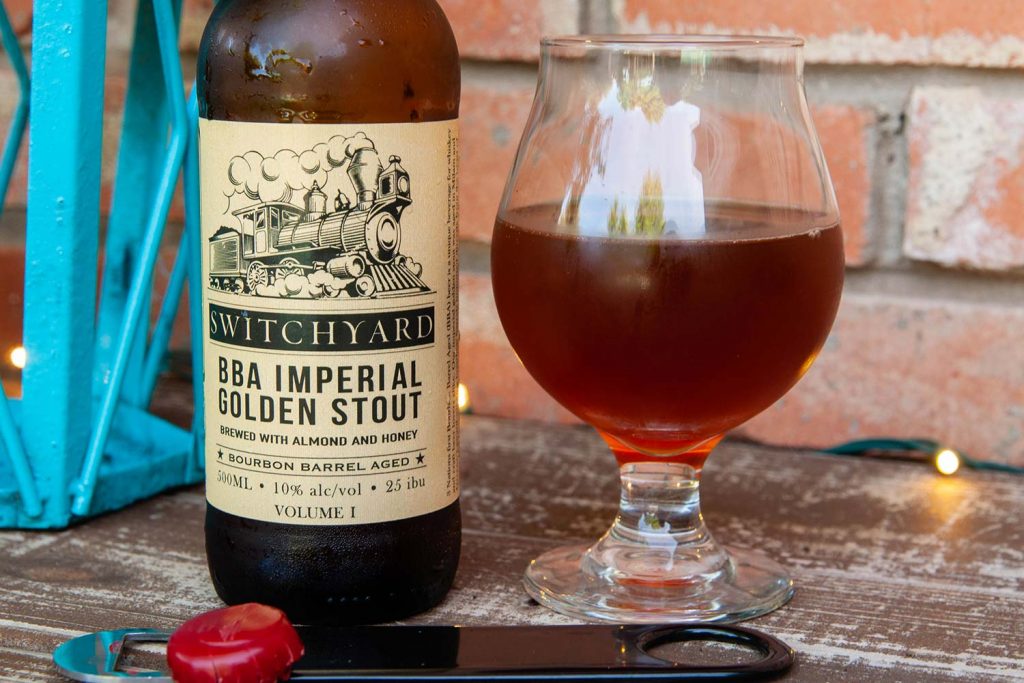 There is a lot going on here, and I’m just a simple guy. That combination usually adds up to an underwhelming verdict, but in this case it’s not so.

I really like Switchyard. It’s complex, but it’s done in a balanced way that leaves me wanting more — a nice change-of-pace from the bitch-slap-you-in-the-face method that’s all too popular in artisanal beer today. More is not always more, folks. But it works in Switchyard!

The foam situation is a big detractor for me, though. I honestly can’t remember the last time I had beer foam up into a really pretty head like this one, only to have it crash into nothing in the blink of an eye. That was a real turn-off for me, and it ruined what was otherwise an exemplary presentation in my glass.

Looking at the number on the side of my bottle and judging from how long folks have been checking this beer in on their Untappd apps, I’m guessing there isn’t a lot of it left out there. When I picked up my bottle, Lone Star Beverages in Carrollton had roughly a dozen others out on the shelf. Also worth noting: The bottle says “Volume 1” on it, so I’m thinking this will be a series of beers, maybe?

After enjoying this one, I don’t think 3 Nations will be hiding any “Volume 2” efforts quite so easily. 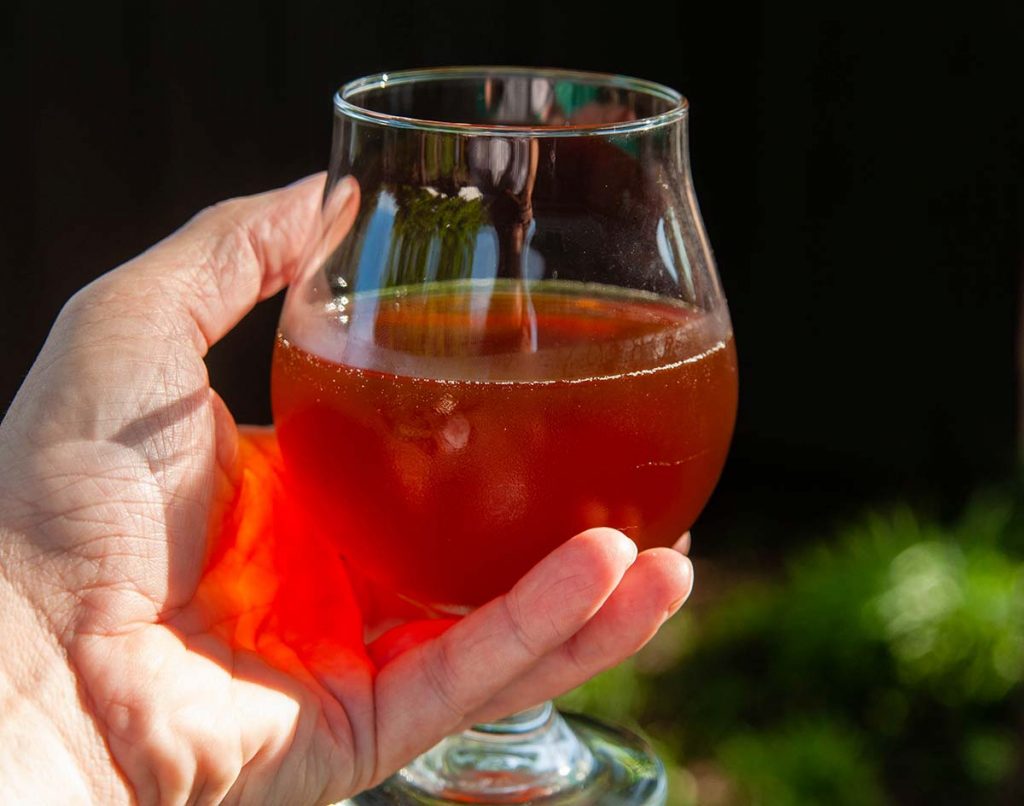