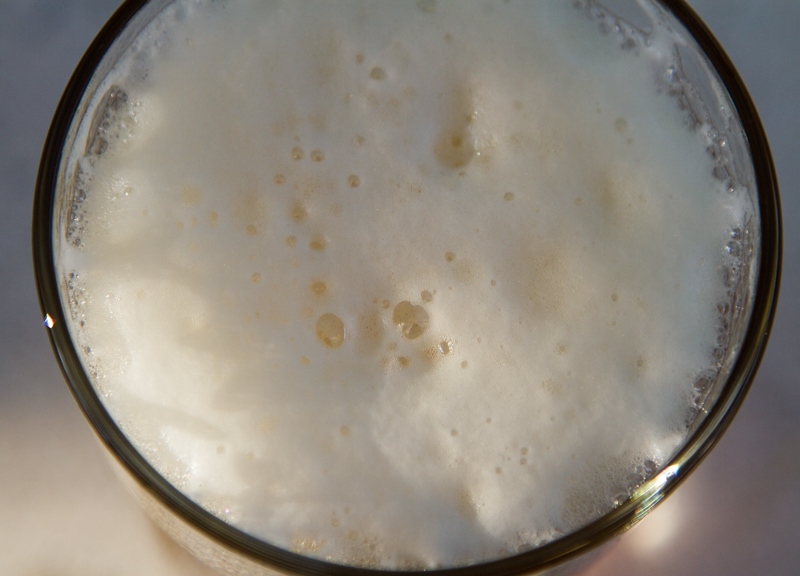 This week, we sipped on Texas Ale Project‘s 50 Ft. Jackrabbit. 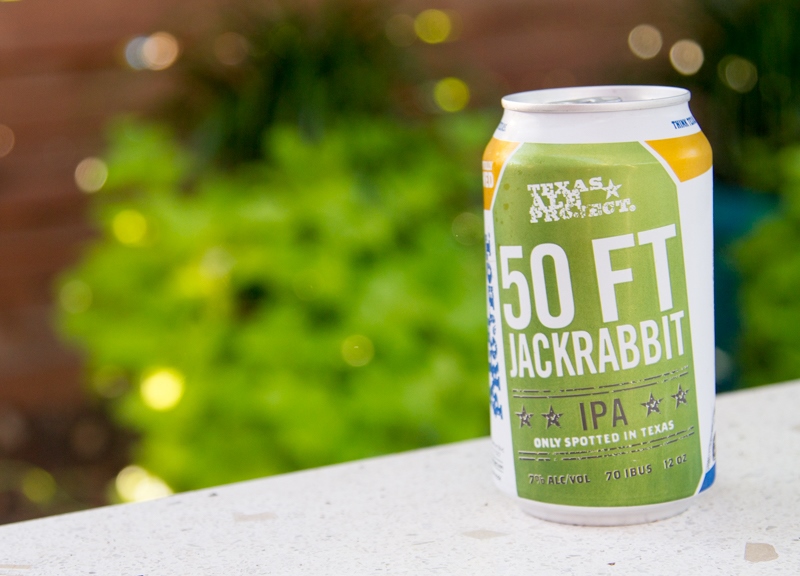 Overview.
Texas Ale Project released 50 Ft. Jackrabbit in 2015, and it has taken us this long to review it. But that’s OK, right? In our earlier review of their Payne Pils, we gushed on the beauty of this brewery, along with TAP’s step mashing and its overall badassery. So I won’t spend too much time on that part.

What I will mention is that I got to volunteer on the canning line for a batch of 50 Ft. Jackrabbit several months back. I even got to meet a couple guys from Armadillo Mobile Canning, who ran the canning line that day. I arrived a bit after 7:30 a.m. on a Saturday, and head brewer and overall nice guy John Sims was already there with a couple people. We folded an endless pile of boxes and did other non-brewing stuff, and then the canning line fired up! My volunteer post consisted of weighing cans as they came off the end of the canning line’s crimper. So you know, cans are supposed to be in a certain weight range in order for product consistency and quality standards. So I weighed cans — a shitload of cans — and then sent them on down the belt to the Packtech machine. The Packtech machine that TAP owns is one of those giant uni-taskers (but a major time-saver) that corrals cans of beer into six packs, and then sticks on those clamp-from-the-top six-pack plastic can holders. 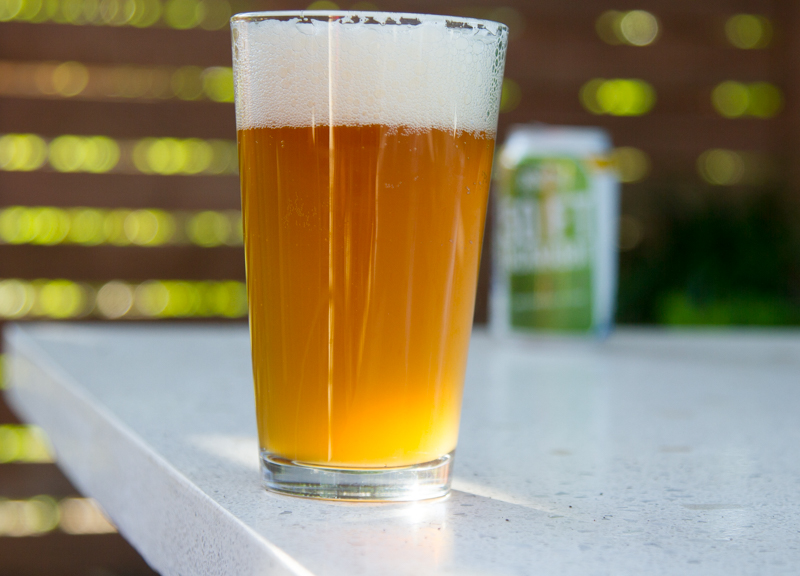 Background on American IPA.
This style is known to have a slightly more aggressive American hop profile than an English IPA. The malt profile is also turned down just a little bit so the American varietals of hops can shine through. Weirdly though, lots of American IPAs use new world hop varieties. Say what? I think what the style guidelines means is Australia and New Zealand. This area of the world is cranking out some unbelievable hop varietals that contain tons of citrus, resinous melon aromas and excellent bittering power. Unlike the English IPA style, the American style usually has a smaller emphasis on toasty and caramel malt flavors. The finish should be dry to medium dry. This is a clean beer, after all, and the star of the show in the American IPA is the hop aroma and flavor.

Appearance.
Most of the other times I have tried 50 Ft. Jackrabbit, it has poured clear out of the can. The photos in this review show a beer that really wants to clear up. Is it chill haze? I don’t this so. It’s particles, visible particles! The beer is translucent for sure, but it’s not the brilliantly clear beer that I was hoping for. Maybe I got a six pack from the later stages of a canning run, something with a little bit of particle funk in it. Ah well, I will give the clarity category a pass this time, because I know that this beer is normally a lot more clear. Another important thing to note is that this beer’s foam has legs for days. As I take a sip, a thin blanket of foam separates on the side of my glass as fat rings magically appear. This is a good sign

Aroma.
50 Ft. Jackrabbit hits me in the kisser with pine and citrus. I feel like the piney, resinous aroma beats out the citrus, but your results may vary a bit depending on what you might detect in the aroma department. If I were blindfolded and asked to take a whiff of this beer, I would say that this has West Coast IPA written all over it. It smells of floral and pine hop aroma through and through, and the malt, while present, doesn’t get in the way at all on this beer.

Flavor.
Just as the hop aroma plays an aggressive role in the sensory experience, the hop flavor also takes on the major role in the flavor. The hops dominate this beer, but not in a bad way. The malt is clean and non-intrusive, and I like that it gets out of the way to let the hop flavor shine. And while the hops do dominate the flavor profile, I don’t feel like this beer is unbalanced for an American IPA at all. It’s clean, a bit spicy-piney, a little bit resinous, and a kiss of citrus on the swallow.

Mouthfeel.
50 Ft. Jackrabbit seems to bit hitting all the major style points right on the money, and the mouthfeel is no exception. This beer finishes crisp and dry for its 7 percent ABV. While both the ABV and IBU are on the high end of the range for this beer, they provide a nice balance and an enjoyable beer. The aftertaste sticks around forever, in that there’s a slowly dissipating hop tinge that’s still dancing across my tongue. The carbonation is also in-style, and remains bright and contributes to a creamy-smooth medium body that keeps me coming back. 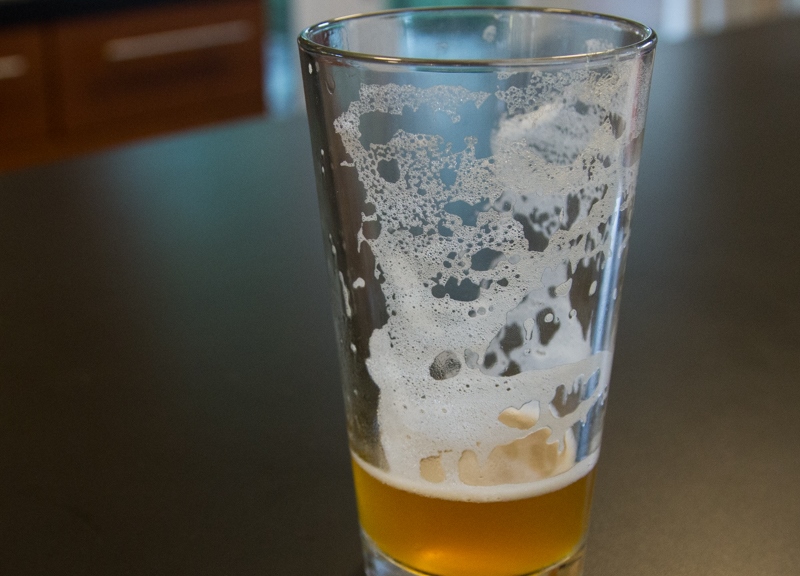 Overall Impression.
So I poured a second beer — with less vigor this time — into a pint glass. The particles and haze persist, but I am not deterred from the haze. If anything, this beer sort of takes on that Vermont-style hazy IPA; I seriously doubt that this is what the brewer is going for with this beer. I wasn’t expecting a clear beer, since this next can was filled right when the other was filled. No big deal, TAP, pass on the clarity this time! The other sensory gems, like the endless foam, the hop-head dreamy aftertaste, and the wallop of hop intensity I get on my tongue are more than enough to impress me.

Do you have an all-around IPA that you reach for? Is 50 Ft. Jackrabbit on your short list? It is for me — I’m a fan of this beer. Cans seemed a little bit hard to find early on this year, but I’ve been seeing TAP cans available at more and more places. I guess its sales staff has been working the hustle or it got a distribution deal lined up. 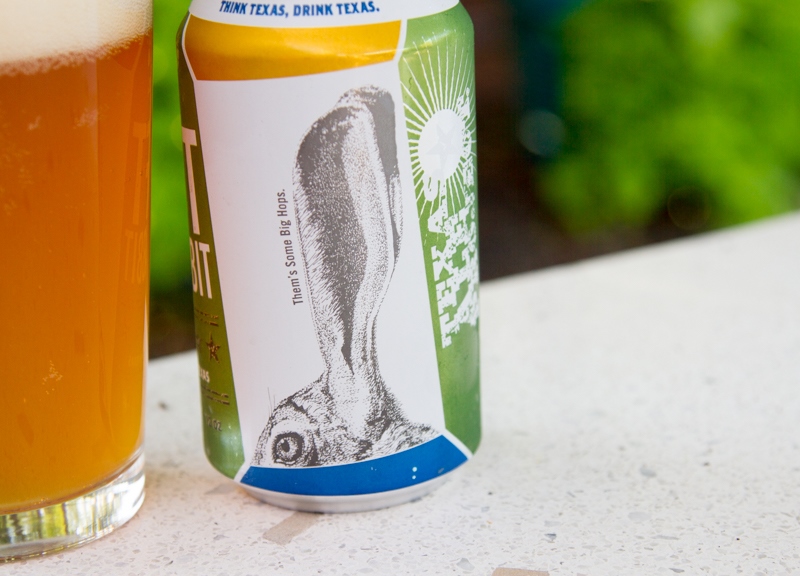 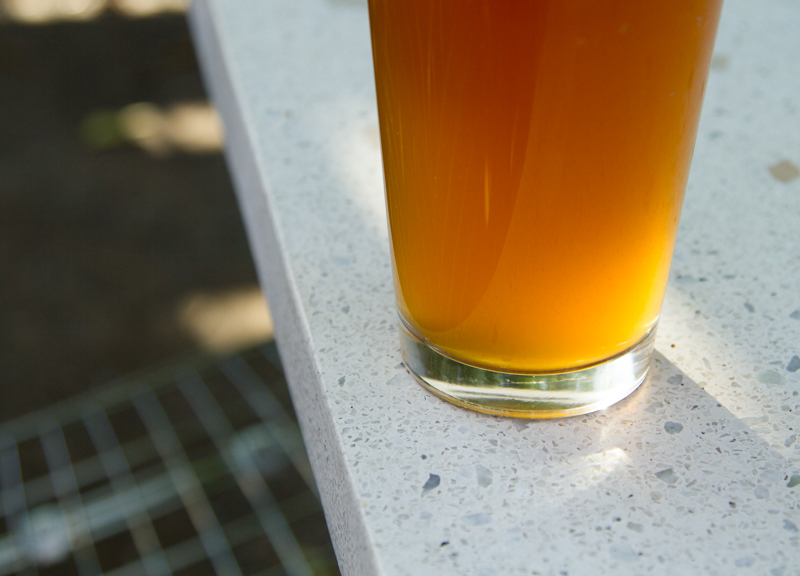