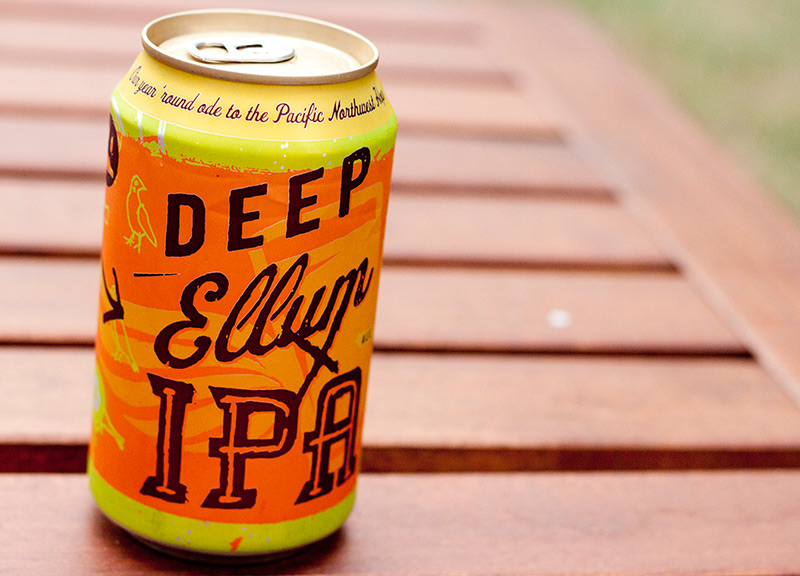 Overview.
There was once a day when the Dallas craft brewing scene looked pretty bleak, when the best places to turn to for a locally brewed pint was the closest Humperdinks or Two Rows. But all that changed when Deep Ellum Brewing Co. opened its doors in 2011. I still remember actively stalking their pre-opening events — a borderline homebrew tasting at the Deep Ellum location of Cane Rosso comes to mind immediately.

And it seems Deep Ellum opened the floodgates for the local craft beer movement, what with the likes of Peticolas and Lakewood following shortly after. Sure, many of the breweries currently in operation were well into the planning phase at that point in time, but Deep Ellum was first, and that counts for something.

Since that time, Deep Ellum has grown, lost a head brewer, and started canning its beers. But, through most of that time, the brewery's flagship IPA has been a consistent force in the marketplace, with the recognizable Deep Ellum water tower tap handle gracing many a local barfront.

Background on American Imperial Pale Ales.
The Imperial Pale Ale (IPA) category is one of the most popular craft styles in the United States. For those who worship at the temple of the hop, it's quite possibly the closest experience you can get to mainlining pure hop extract. Floral, citrusy, boozy, bitter, dry and refreshing — for many, the experience of consuming an IPA is downright religious. I'm sure those out there who have had the pleasure of swilling a Pliny the Elder or a Heady Topper understand what I mean.

On more technical terms, an IPA — and, in this case, an American IPA — will have intense hop aromas, typically of the floral or citrus variety. There may be a bit of malt sweetness or grain in the background, but it's usually very subtle. IPAs should be a medium gold to amber color, and can sometimes be more orange. They should pour clear, and with a good-sized white-to-off-white head. Strong hop flavors should also be present with any of floral-, fruity-, citrus-, pine- or resin-like notes.

American IPAs are intensely bitter, with enough of a clean malt backbone to provide balance. Expect a smooth mouthfeel with medium-to-high levels of carbonation.

Appearance.
From the can, Deep Ellum IPA pours a hazy dark amber with a thick, creamy off-white head that lingers for a good while.

Aroma.
The best possible thing you can do is place your nose right next to the can when popping the top. That's the only way to get a complete rush of intense floral hop aromas. Once poured into a glass, the aromas are greatly diminished — not necessarily a bad thing, but not quite the same as that initial whiff either.

Flavor.
On its website, DEBC bills its IPA as an “ode to the Pacific Northwest hop,” with a desire to fashion a “rather bitter ale with over the top tropical fruit, citrus, pine, floral and more hop derived aroma and flavor.” And while some of this is, in fact, true — there's a nice hop bitterness with some of the floral, citrus, pine and resin flavors we'd expect, but it's all a bit muddied by the strong presence of stale, biscuity malt flavors — it's almost as if the brewer tried to balance the bitterness of the hops, but got a couple pieces of the recipe wrong.

Curiously, Deep Ellum also lists the use of an English Ale yeast as one of the beer's ingredients. Now, I'll preface this by saying that many variables go into the beer-making process, but, depending on the yeast strain and other ingredients used, English Ale yeasts tend to result in a very similar malt profile to what can be found in this beer. If the intent is to showcase Pacific Northwest hops in an IPA format, then the recipe seems to call more for the use of a yeast that helps the beer finish clean, with lower levels of malt flavors. This way, the hops can shine as intended.

Mouthfeel.
Deep Ellum IPA has a medium body with medium-to-high levels of carbonation.

Overall Impression.
At the end of the day, Deep Ellum IPA is very drinkable, and one of the better regular IPAs available in the local market. But it has its flaws — particularly as a beer that makes overtures to the West Coast style. And while these flaws are not enough for me to not recommend the beer, they are enough for me to take it down a few points. 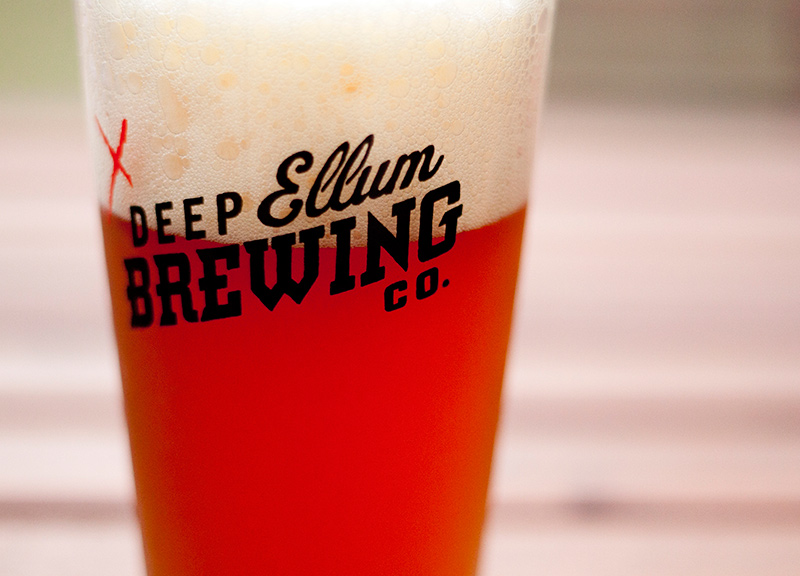 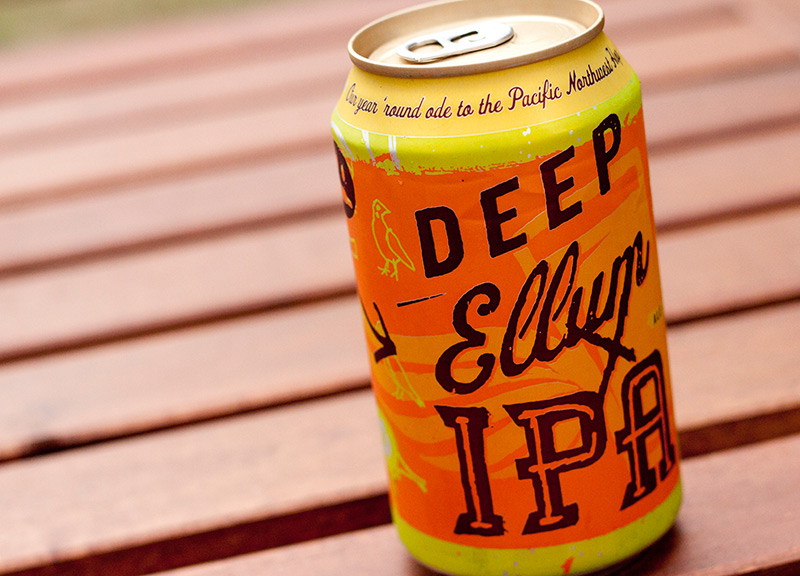 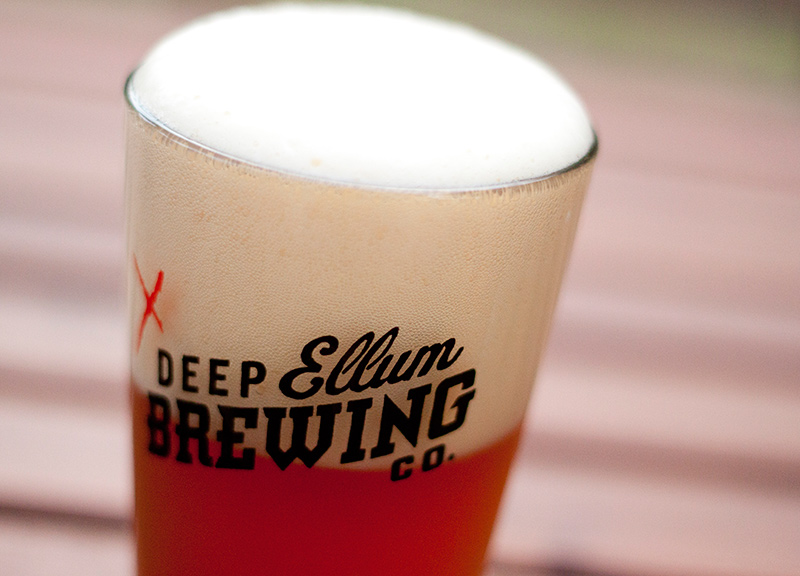 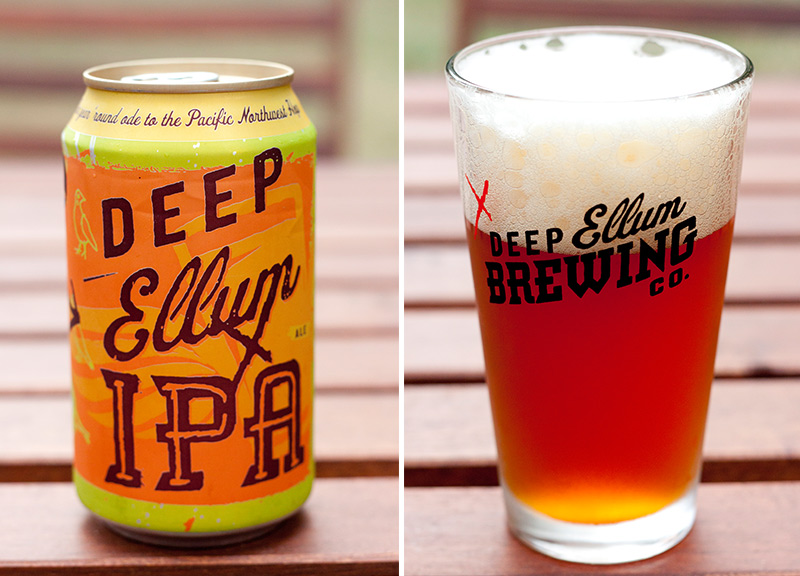 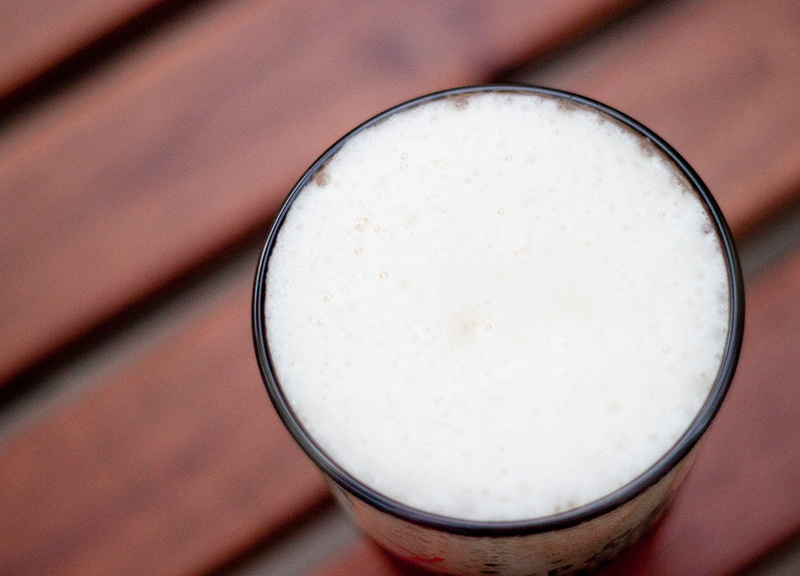 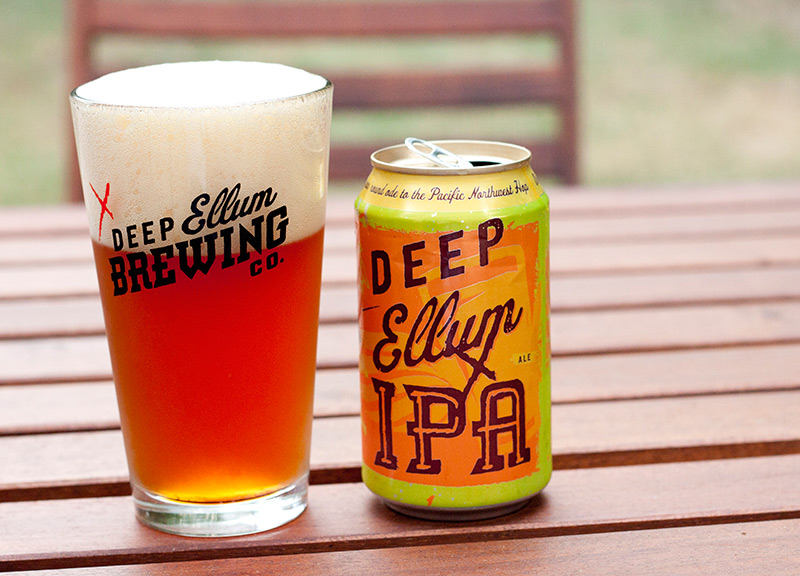