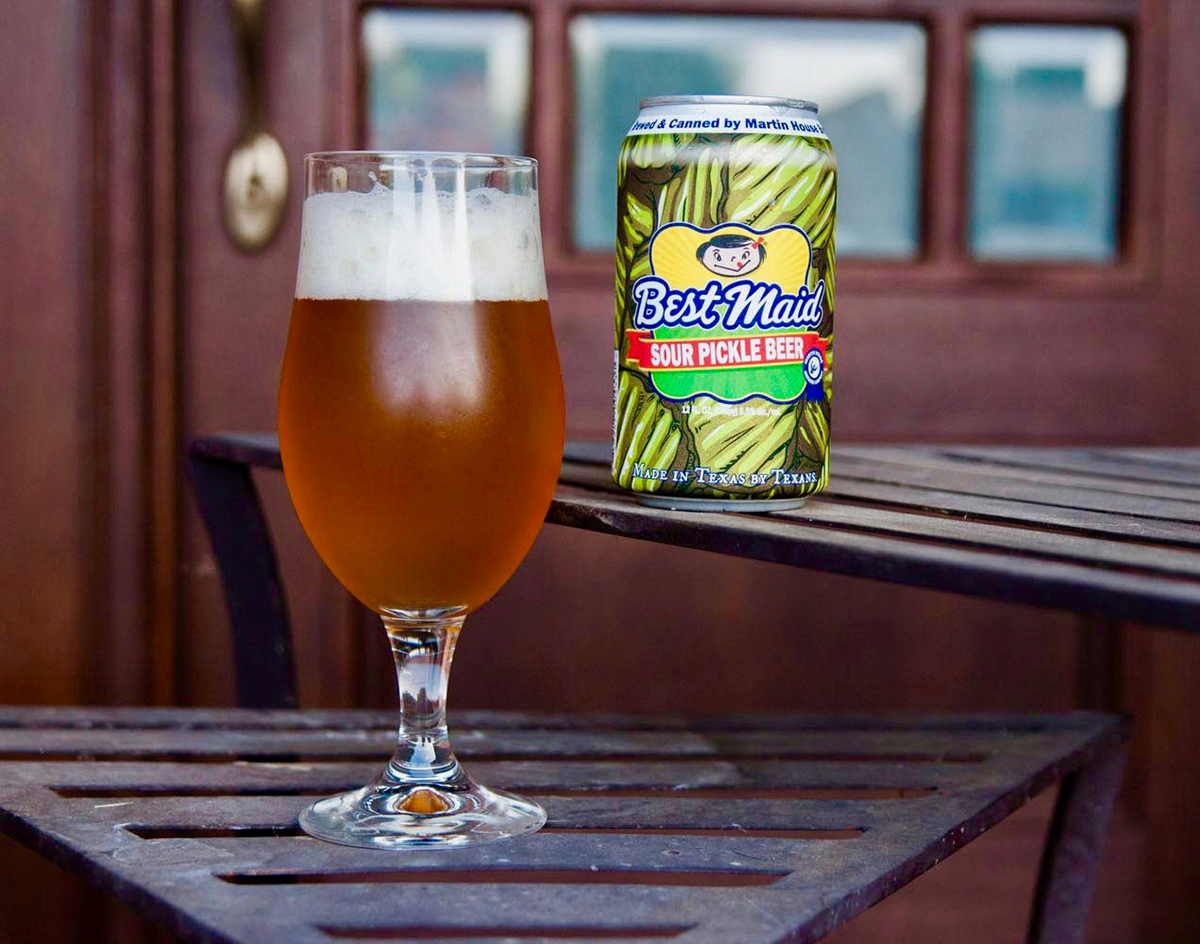 Of Course We Tried The New, Texas-Only Pickle Beer That Has Been Bubbling All Over Social Media Since The Fort Worth Brewery Launched It.

Overview
Martin House has been hyping Best Maid Sour Pickle beer for a couple of months now, so there was some anticipation over it in the local beer community. Friends and beer acquaintances have been hitting me up on social media for the last three weeks with comments ranging from “can’t wait for this,” to “wtf?” While I try to remain open-minded about these sorts of things until I try them, I have to admit that my own thoughts were somewhat closer to the latter than the former.

However, I got more excited when I learned that this beer is based on a favorite of mine from Martin House – the Salty Lady gose (pronounced  “GOH-zeh”). I will say Salty Lady is aptly named, as this beer is bold and direct — something Martin House is known for – with a larger-than-normal emphasis on the tart saltiness. To make the pickle beer, Martin House teamed up with another local Ft Worth institution, Best Maid Products, adding its Dill Brine to create a pickle flavored sour gose.

Background on Gose
The gose style hails from the town of Goslar, Germany, located on the Gose River in the north central part of the country, southeast of Hanover. The beer got its salty character from high mineral content in the soil around Goslar, which dissolved into the local water table. The style is most often brewed using wheat and pilsner malt and water treated with sea salt. Coriander is used in the boil to give the beer a light lemony aroma. Lactobacillus, a bacteria, is commonly used to sour the beer.

The style vanished in the mid-60s and wasn’t brewed anywhere for nearly two decades before making a reappearance in Leipzig, which is now the gose capital of the world. It was a style little known outside of Germany until American craft brewers, on the hunt for innovative styles to distinguish their offerings in the ever-more-crowded craft beer scene, started researching and brewing it a decade ago.

Appearance
Best Maid Sour Pickle Beer pours a delightful orange-gold with a bit of haze to it and a frothy, off-white head. This is more of a thin haze rather than the turbid, juicy haze that’s all the rage at the moment. The foamy head is firm and strong. It lasts for a bit but when it’s gone, it’s really gone, leaving almost nothing behind. Not even a bubble rim around the glass. If the beer stays in your glass for a bit, the haze settles out a bit, leaving you with a beverage resembling a light-colored tea. 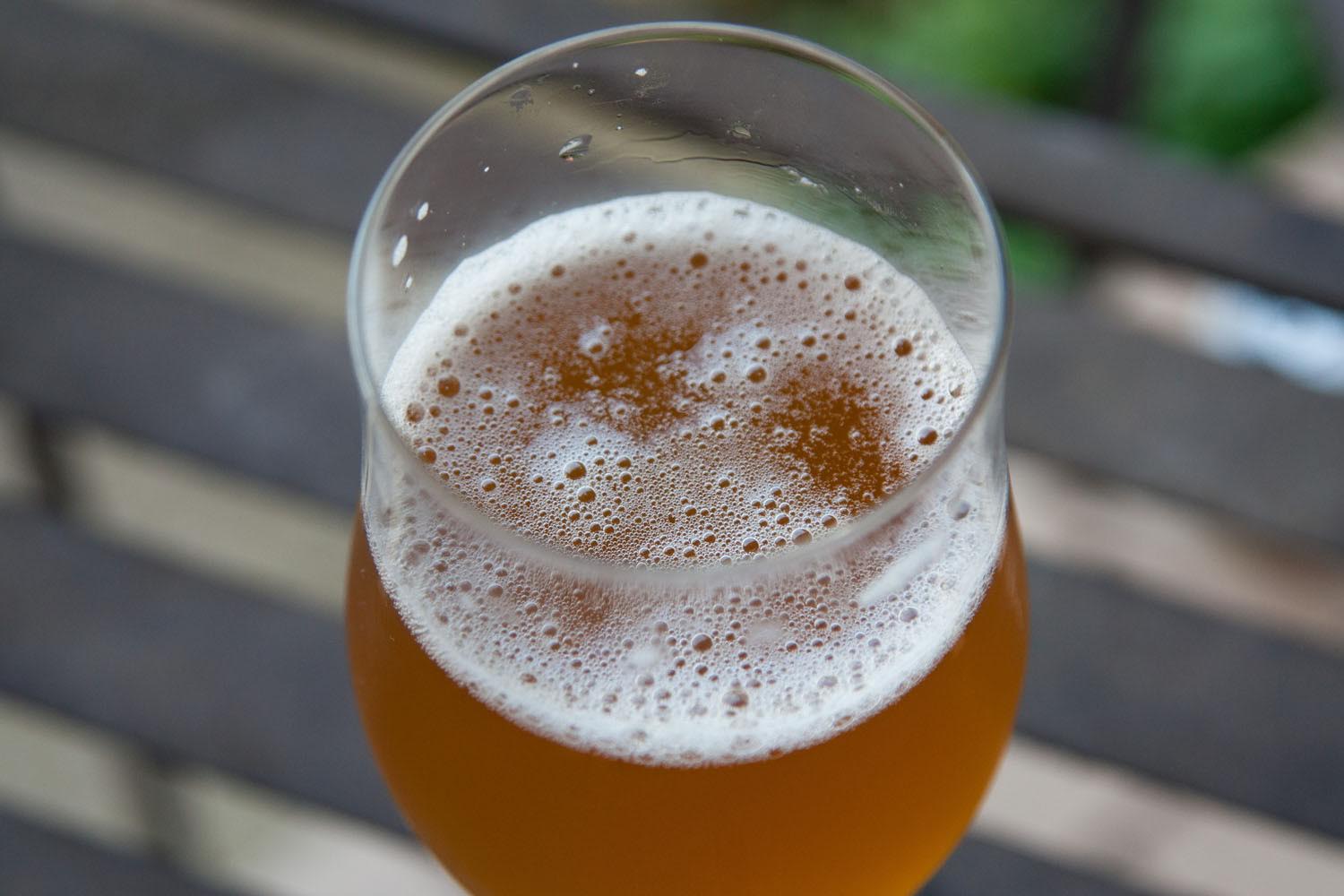 Aroma
Subtle, this beer is not. It announces the pickle juice from the first pour, and it doesn’t refrain from shouting about it. The aroma of the pickling spices reaches out from the glass with an aggressiveness that would get a high schooler sent to the principle. In short, this one goes to eleven.

Mouthfeel
Best Maid Sour Pickle is full and a bit viscous. It probably isn’t coating my mouth like motor oil, but my mouth needs some convincing. The brine gives this almost a slimy quality that, after a quick swish, clings to anything not moving between my cheeks. When I poured it, I was thinking the carbonation level was medium but it feels lower than that when drinking it and by the time my glass is half done it is just plain flat. Makes me wonder if introducing the pickle brine has impacted the beer’s ability to hang on to the CO2. As it warms, there is a distinctive bite from the lactic acid souring the beer. This one has a long finish too. So long, I was still tasting it nearly an hour later.

Flavor
The sour and salty brine dominate what’s happening early on. There are hints of citrus, likely from the lemon zest and coriander. I struggled to find the taste of beer in it all — specifically the bread dough I expect in a gose from the grain. Ultimately, I came away thinking it’s closer to an alcoholic pickle juice as opposed to a sour pickle-flavored beer.

Pairing
What to pair with Best Maid Sour Pickle beer… ? How about anything you would normally pair with a pickle? I see folks put pickles on PB&Js all the time so leave the pickles off and have this beer instead. I think it would go great with a Cuban sandwich with the mustard and cheese reigning in the big sour notes in the beer to give the whole thing a bit more balance. Sandwiches like this should also serve to bring more attention to the malty parts of the beer currently hiding under the brine. I’m also very tempted to use this beer as an overnight marinade for chicken. Other things to pair it with are hot summer days and anything that gets you sweaty. 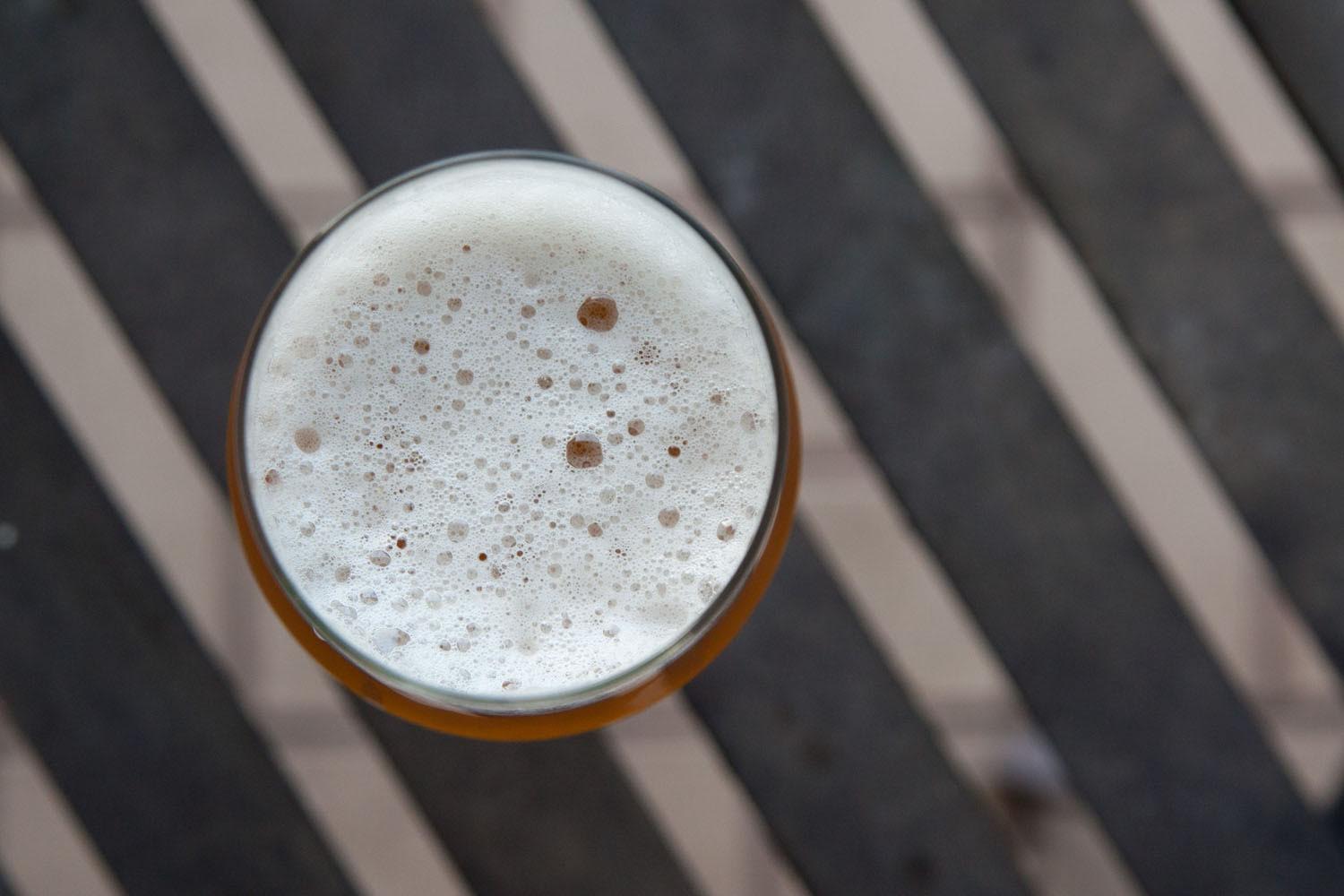 Overall Impression
Reservations aside, I give every beer a fair shake and usually try them more than once, as is the case here. Despite my reservations, I was surprisingly happy with my first taste of Best Maid Sour Pickle beer. It was refreshing and gave me that saltiness I often crave on a hot day.

For me, this beer is more pickle juice than beer, with the sour brine not just the star of the show but, to my palate at least, totally dominating the gose used as a base. Granted, I’m a beer drinker who, as a general rule, prefers the extras to be supporting themes rather than the main plot. Here is the thing though – I rather enjoyed the first half of each of these beers I opened but the second half was hard to drink. I think maybe I would like it better if I were splitting it with someone.

Score
On a scale of 1 to 10, I give Martin House Brewing Company’s Best Maid Pickle beer a 5.