903 Brewers' Sugar On Top Is a Little Top-Heavy With Hops.

This week, we sipped on 903 Brewers' Sugar on Top IPA

Overview.
Sugar on Top IPA is 903 Brewers’ seasonal IPA offering, so named for its healthy addition of brown sugar to the end of the boil, which is intended to impart a bit of sweet balance to a typically hop-forward beer. Given the general popularity of the IPA and Pale Ale styles, it’s interesting that 903 chooses to relegate its Pale Ale and IPA to seasonal status instead of dedicating some year-round capacity to these beers as many other local breweries do. But, alas, that's how 903 rolls.

Appearance.
By appearance alone, this certainly looks like an IPA. It's golden amber in color, with a dense, fluffy white head that clings to the glass as it fades.

Aroma.
Sugar on Top is predominantly built around Citra hops, and that's very evident in the aroma. Classic Citra aromas of heavy tropical fruit — pineapple, mango, melon — are all very present here. In addition, sweet caramel and notes of bread can be observed.

Flavor.
This sucker packs a bitter hop punch upfront. It's the kind of IPA that can strip the enamel from your teeth, really. That's then followed by a bit of sweetness on the back end — although not nearly as much as is implied by the addition of the brown sugar. It’s hard to pick out any additional flavors beyond the overpowering hop bitterness.

Mouthfeel.
Sugar on Top IPA boasts a medium to slightly thick mouthfeel with adequate levels of carbonation for the style.

Overall Impression.
903's Sugar on Top scores major points for its delicious Citra hop aroma, its creative use of brown sugar as a brewing ingredient and, well, just for being a generally well-crafted IPA. There aren't any off flavors or aromas that can be detected here, and, for those who like exploring the upper limits of the IBU perception threshold, this is certainly a beer you might want to try.

That said, beyond the aroma, the beer suffers from being a bit too one-dimensional. Being hop-forward is often a requirement of brewing good IPAs, but there’s a difference between being hop-forward while maintaining flavor balance and complexity and just brewing up a hop bomb.

Sugar on Top falls decidedly under the latter classification. 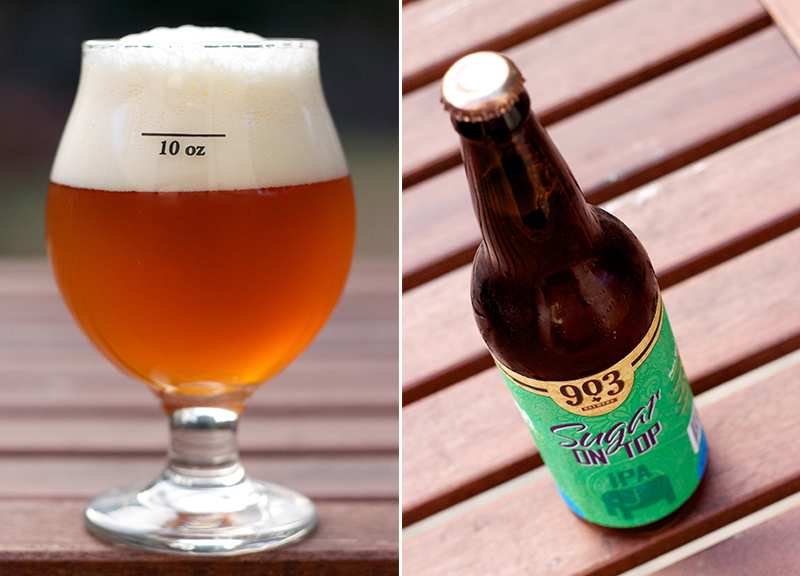 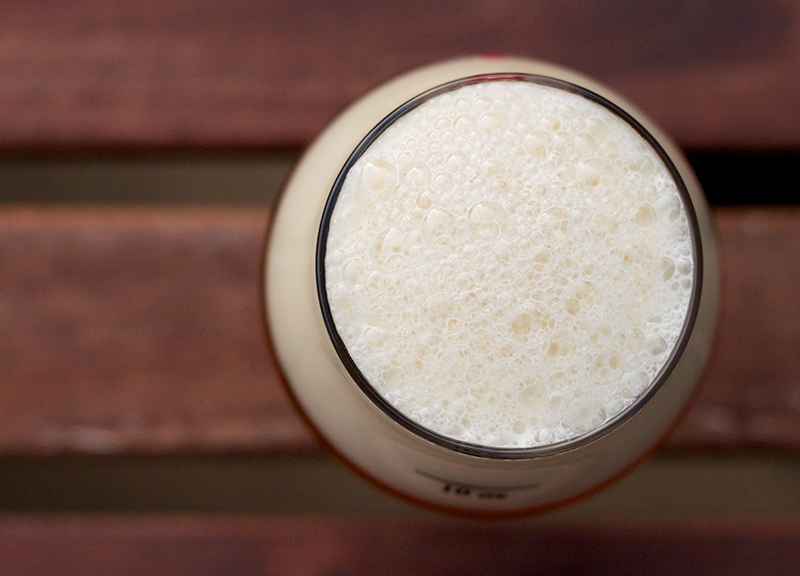 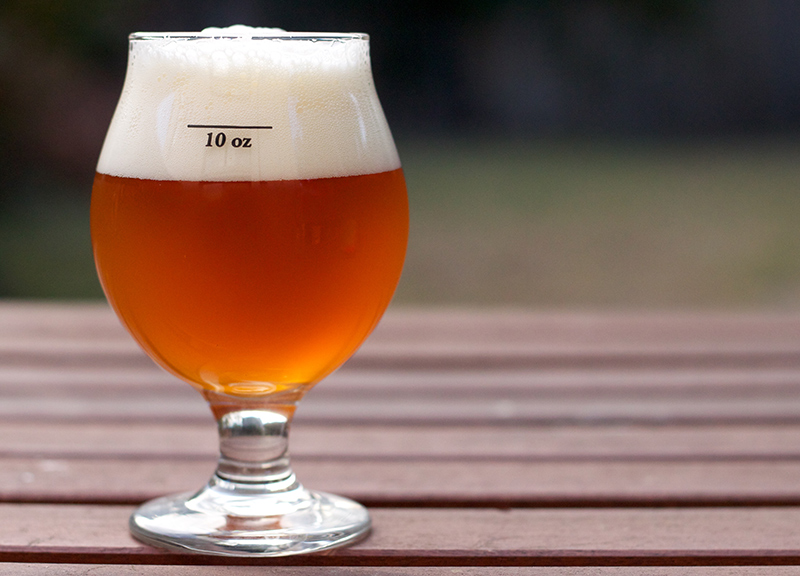 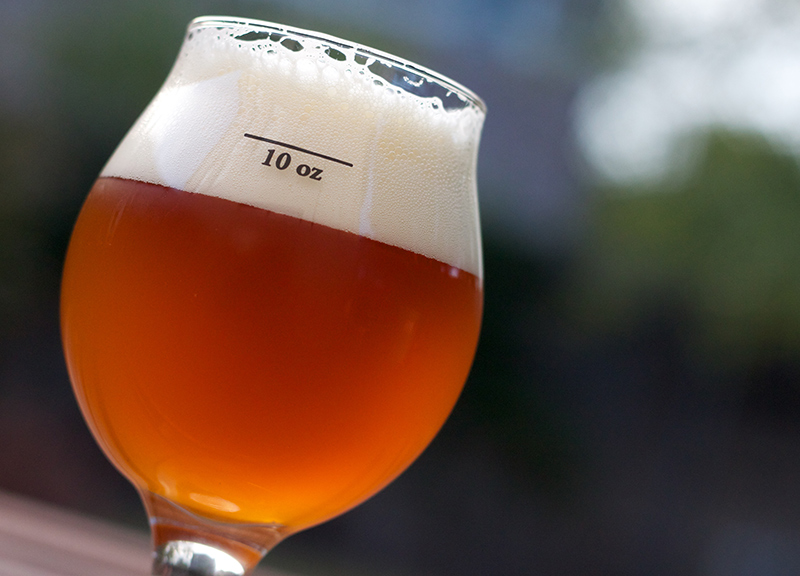 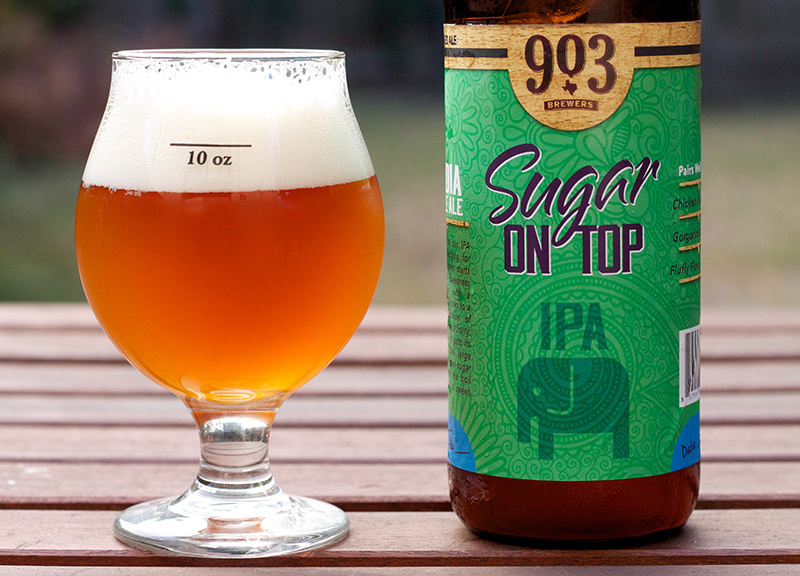